Yeah, I'm using d3d with Hitman cause it's the only one having a drawing distance hack for.
Ok, here's my error. log for it:

Yeah, I'm using d3d with Hitman cause it's the only one having a drawing distance hack for.
Ok, here's my error. log for it:

The problem is probably that ddraw.dll on the game folder

I see, well I guess I can get by without scaling for now. Maybe you could incorporate drawing distance hack into your framework too at one point?
Btw, I'd like to make another feature request, would it be hard to implement a way to force disable hardware gamma flag in games which use it? Like color clutch does for example, but it's no longer in development and not really reliable in general

I am posting my question here since I do not know how else to contact you - I have previously enjoyed some of your patches for old games like Tomb Raider III and believe you might be able to help or at least share some "expert" opinion on the issue I have now!

Admittedly it's a small issue - and not where you might expect, the game is not exactly "old".

It concerns the pre-rendered CGI cutscenes (FMVs - such as the intro cinematic, including logos etc. - specifically .BIK video files in this case) of Age of Empires III (complete edition from Steam): I have a vertical line cutting the FMVs (always in the same place), which is thin so not always visible but generally distracting, and yet I can play the individual .BIK files outside of the game with VLC Media Player flawlessly. I figured it was a codec issue.
I am not forcing anti aliasing on the game anymore (it is now application-controlled), which has improved the situation a bit by making the vertical line "very" thin so it is only occasionally distracting. But I am wondering how to make it go away completely since apparently everyone else has this issue - and FYI, the FMVs from the older Age of Mythology game use the same Bink format and have no issues playing out in-game (no visual bug).

I thought I could modify the binkw32.dll file within the game's installation folder, but only managed to view the dll's contents so far. I understand however that one would most likely also need to modify the .exe of the game. In any case, I don't have the knowledge.

Since you were "easily" capable of changing the .exe for games like Tomb Raider III in order to, for example, not only change the possible resolution of FMVs but also change the actual video format (e.g., mp4 instead of BIK) that the game is capable of playing, I hope you might be able to help with the above too!

Thanks in advance and by the way, thank you for your patches 😀
Cheers

Create a new entry for the game then try different combinations of the settings: forced resolution, SSAA and half pixel offset

To anyone using this for Shogo be careful, my os's font got changed out of nowhere after messing around the settings, get the same error (for ''dll injection 87''): https://i.imgur.com/Ark93c0.png and staring up "Launch Shogo - Mobile Armor Division" of my gog shortcut, it change into this: https://i.imgur.com/pribGjl.png and now everything looks awkward.

Edit: Never mind, found out what it was :
https://www.gog.com/forum/shogo_mobile_ ... s_settings
Just note that the font stays changed even when you reboot your PC.
also i still get the same error (for ''dll injection 87''), i have no clue what that setting is.

Hello, my question is about the draw distance. Even though the widescreen work fine, I still have that black fog. But this player has perfect draw distance and he sees the end of the map clearly. 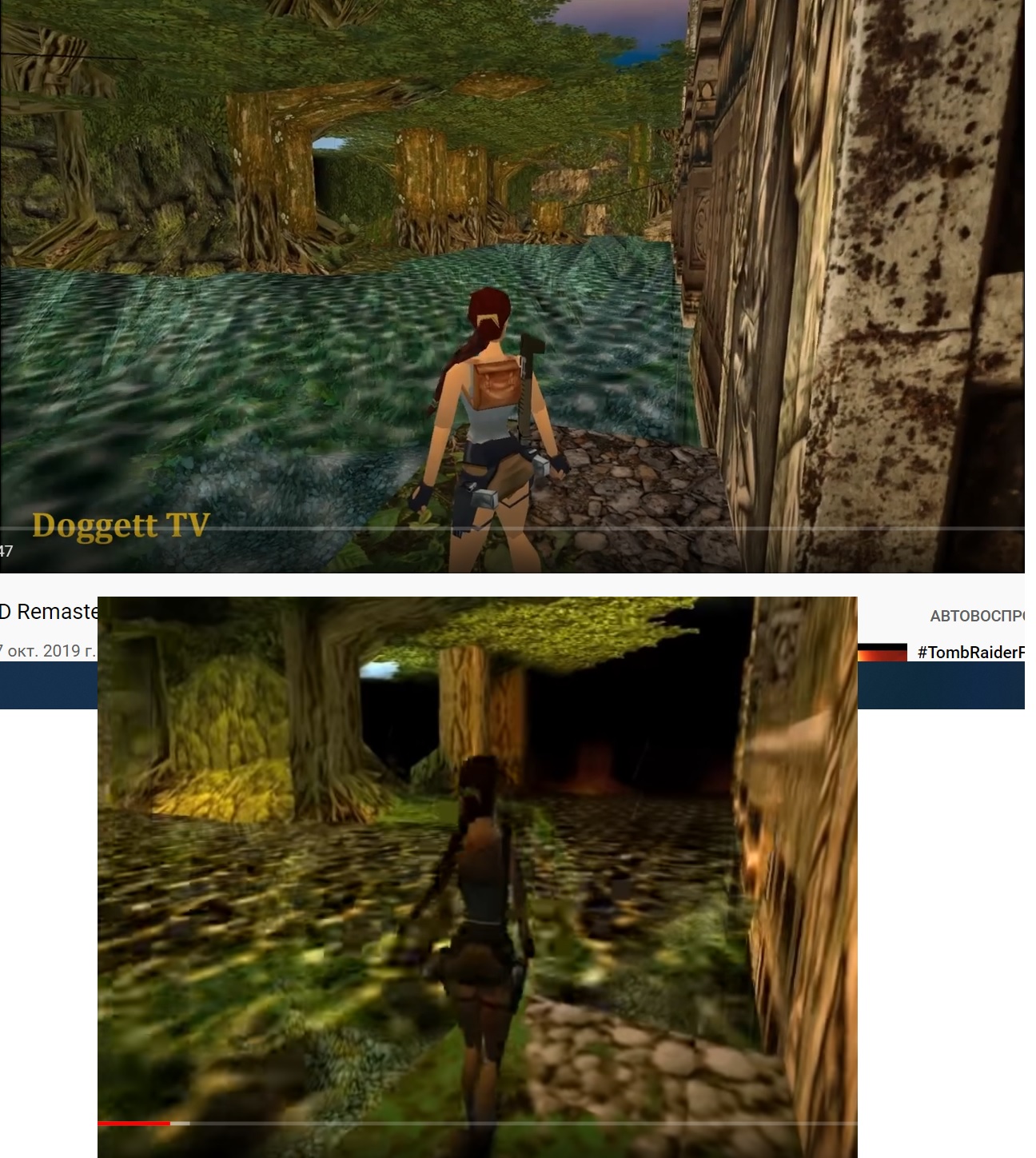 Here is the example pictures. (First picture with the draw distance fix, second pic with the regular black fog and with no enhanced draw distance)

I'm not talking about the HD textures, draw distance has nothing to do with the textures. How did he do that?

I took the enhanced draw distance shot from this video;
https://www.youtube.com/watch?v=O6RrO6rlzgQ

Some old versions had this increased draw distance, but it was not yet ready for release, I simply forgot to disable it in the dist build. Since then I have given it up. At any rate, there is a really, really good draw distance (and many other things) mod for TR2 here: https://www.tombraiderforums.com/showthread.php?t=218509 and the guy who made has plans to do it for TR3 as well

Well, it looks perfect to me. I wish you'd release it 😁

Well, it looks perfect to me. I wish you'd release it 😁

London, madubu gorge, Antarctica and other levels are full of bugs

OMG thank you SOOOOOOOO much! This is absolutely phenomenal! I just had to share two screenshots. You can see the little British flag from the end of the other side of the map! And Coastal Village looks absolutely breathtaking with full draw distance! Yes it has little graphic bugs here and there but they don't look that bad to me at all. You are a legend for making this 😁 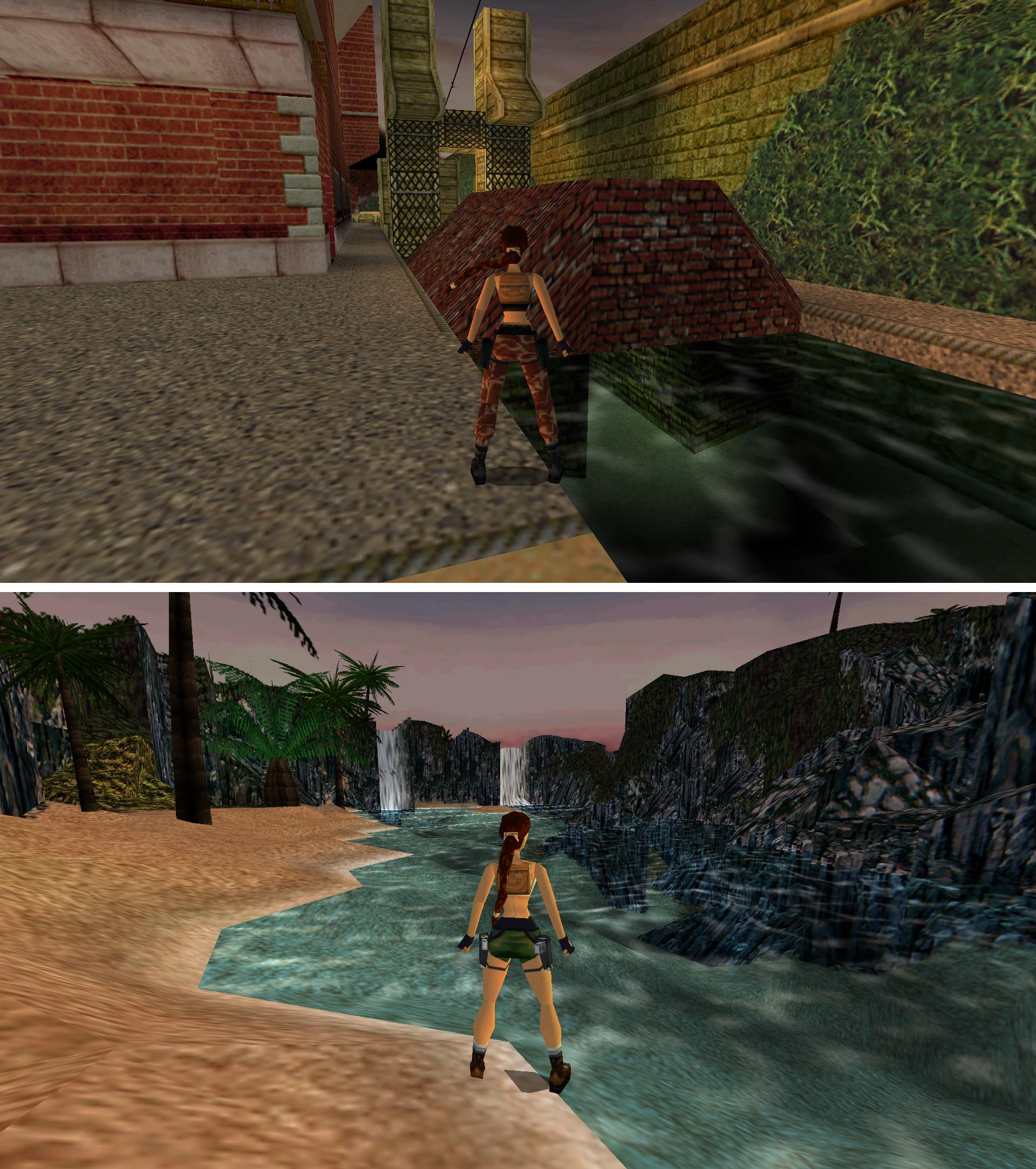