I've just received a Compaq Proliant ML350 G1 server. It is equipped with 1GHz Pentium III processor (one socket is populated, one empty).
I got this for something like $45 incl shipping (shipping was $ 18). That was an amazing occasion, I couldn't miss it!
Take a loot at the pictures. 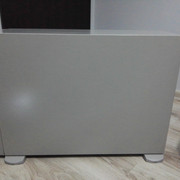 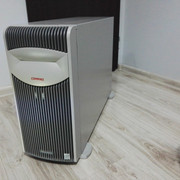 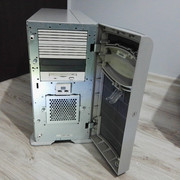 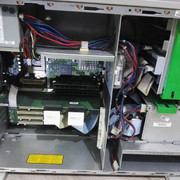 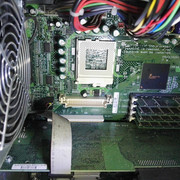 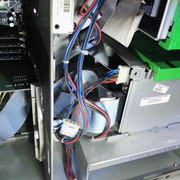 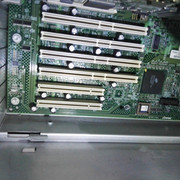 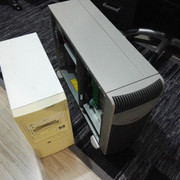 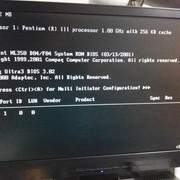 Although it may look small, take a look at the picture where it is nearby a tower PC - this Compaq is HUGE !

Now I got several issues.
1. The computer won't boot from CD-ROM in order to reset Windows server administrator password. There is no option in the BIOS also (which has very small amount of options).
2. The system is very loud! Even when the computer has booted to Windows Server 2000 it still sound like a jet plane 😁
3. I need CPU VRM module - i want to populate the second socket. Does anybody from this forum owns such thing?

EDIT:
AD ->1 : The problem has been solved. There was an option in the BIOS, I didn't managed to notice it at first time!
AD ->2: The system fans are now running at around 1,5krpm. I had to install the software from Compaq System Configuration Utility disc v.5.50. I've found it on the internet. Now it is really quite 😁

The system fan and hard drive fans have been cleaned. The bearings are now filled with oil and are much more quiet.
But there is also a bad news. Probably the SCSI 18gig drive is dead. 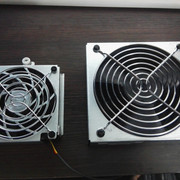 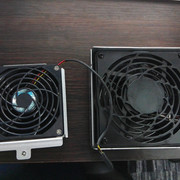 Note to the mod: please move this thread to "Showcase your Retro PC / Build logs." section. Thanks.

Quick google seems to think you need a VRM to suit a DL380/ML370/ML350 G1 part numbers 157825-001 or 155681-001
I remember assisting someone at work upgrading from one of these running Window's 2000 Small business server to a newer server running 2003 SBS, really early on in my career.
I'm surprised the drives aren't hot plug!? SCSI deives aren't too difficult to get but I'd swap over to sata as drives are easier to get

The ML350 G1 has the hot plug cage just as an optional feature, thats why I allready planned tu upgrade mine to SATA drives. Just have to find a nice 64 bit PCI SATA RAID controller. If you need the second VRM i might have some spares, but the heatsink was more difficult to find for the upgrade. Its still an entry level server, so the components and configuration are not as sophisticated as some of the more sdvanced Compaq servers. No redundant power supplies, no hot plug features (just if the SCSI hot plug cage is installed), SCSI RAID controller only as an option.
eisapc

@up - thanks, how much do you want for the VRM?
Also I think there is no need to use sophisticated cooling solution, just bare S370 heatsink (no cooler) will do the job.

The SCSI drive is dead now (click of death). Interestingly I was able to boot the OS once and check the contents of HDD - it was almost empty, just a generic win 2k server install. I was not able to reboot again - the BIOS from SCSI controller has stopped POST process.