Sadly, I had to say goodbye to an old friend today. My massive Mitsubishi DiamondPro 21TX went (back) into the recycle pile. I'm losing my office space and I just CAN. NOT. take it with me. It still works, and I'm sure I'll regret letting it go at some point, but it was a tossup between keeping this or a similarly full-featured 19" LG Flattron which is significantly newer & has a good bit sharper picture. I only have room for one 'big' CRT at home. I got a good 4 years & thousands of hours more use out of the Mitsubishi than when it was first put out for disposal (it was literally the center head of my 3840x1024 multi-monitor setup that I used every day), so I still feel like I didn't let it go to waste.

(Yes, that is my Dell Trinitron next to it too... that one had issues though.)

It's in a fairly well-trafficked dumping spot and will probably be there for a few weeks before the lot gets hauled away. You're supposed to mark whether or not things work when you put them there, so I left this (slightly crazy-looking) note on top instead. I'm holding out some hope that someone will grab it.

I sure enjoyed owning and using something this high-end, that I NEVER could have bought new, but can't save 'em all. 🙁

That note is gold! Great stuff.

Iiyama Vision Master Pro 514
142Khz, 200hz, but somehow Geforce Ti4200 is able to set 240hz progressive on it..
If you know any CRT model with better horizontal and vertical rates rate let me know.. i've heard rumors that they exist

The image is sharp all over the screen, it just faces camera at slightly indirect angle and partly goes out of focus.

Impressing, though condition is not so good.

Showed some of my earlier CRTs a few pages ago. Currently have Dell P792, NEC MultiSync FE991SB, Samsung SyncMaster 957MB and the mentioned two.

I picked up this NOS 17" VGA monitor recently, build date ~2005. There was no branding anywhere on the unit, or the box, or the documentation. Strange. I cracked it open and it's a Samsung on the inside so not top of the line, but the image it produces is amazing. I'm using it in my C64 / console corner via a Retrotink 2X -> HDMI to VGA converter -> scanline generator. It's an over-the-top setup for sure but oh my, what a beautiful image.

There was no branding anywhere on the unit, or the box, or the documentation. Strange.

Nice score. Does the documentation have blank space for branding to be added? Like you'd ship to a re-seller. Any local re-sellers go bust around 2005?

Nice score. Does the documentation have blank space for branding to be added? Like you'd ship to a re-seller. Any local re-sellers go bust around 2005?

No not that I can see, whoever made it (it's from China) seem to have made a concerted effort to be no-name. That makes me wonder if it'll last but I hope so, it's a really nice monitor. Heaps of options via a decent OSD and it doesn't make any annoying noises - it was squealing when it changed resolution initially but that's stopped. 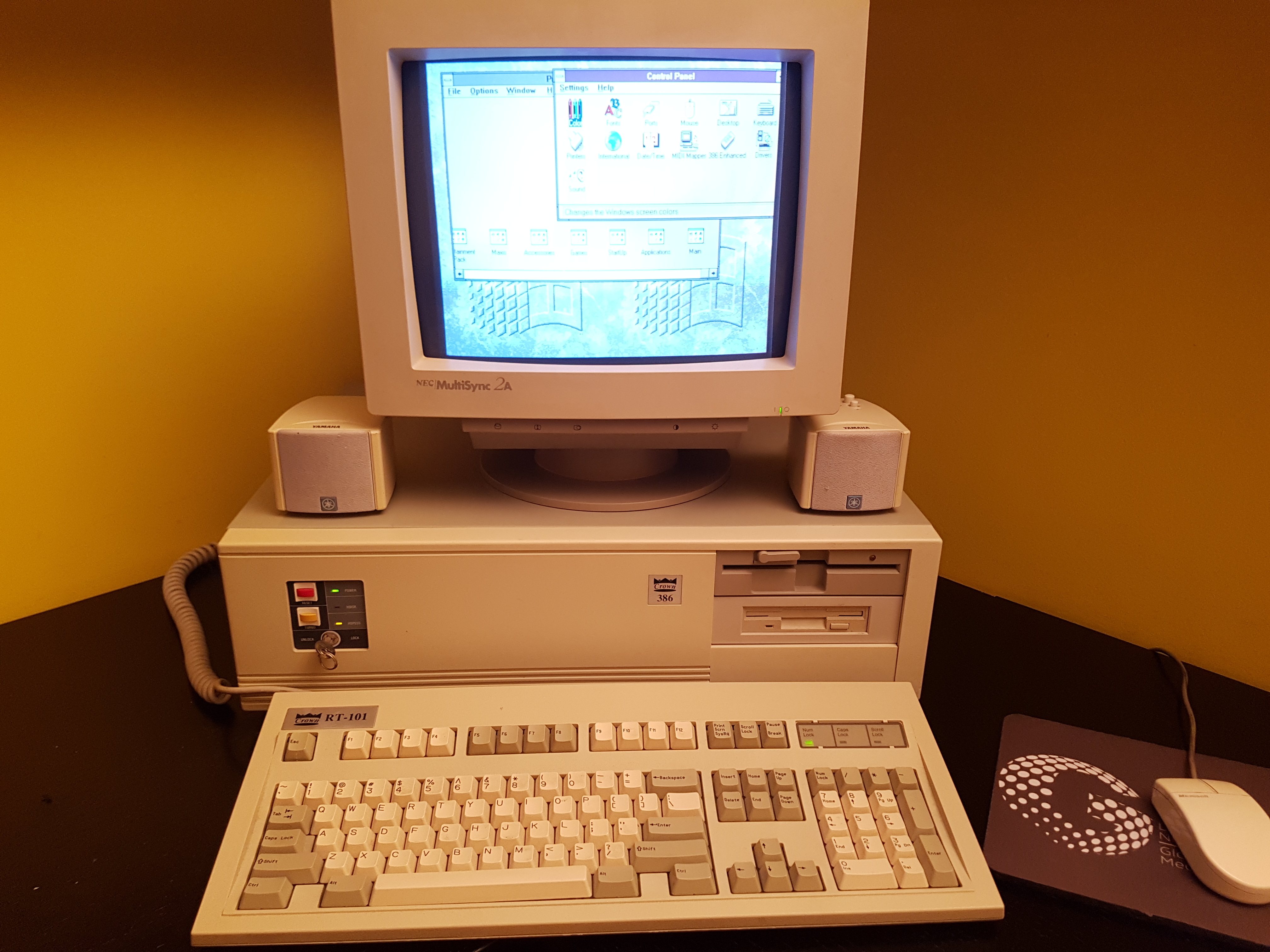 Picked this up earlier this week.

Sadly, I had to say goodbye to an old friend today. My massive Mitsubishi DiamondPro 21TX went (back) into the recycle pile.

YO I had the same monitor! BNC connections and all! I had that and a 20 inch Samsung of some sort on a dual display Windows 98 setup. I sold it to a friend in 2003 or something, that thing was HEAVY.

I recall many hours playing Total Annihilation on it. Thanks for the memories!

Oh the PC I've had for a few years now - I just upgraded the monitor on it.

Here are some of my CRT monitors: 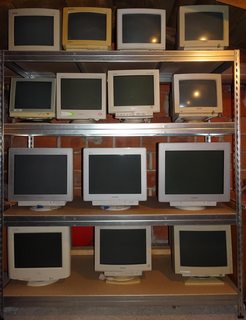 that is a very comforting shelf :3