Some actually work better if they use both CPUs.
Cloudpunk is a good example for that.

I only tweak the affinity if the game runs really bad.
It's kind of funny - I can understand why Eastshade didn't like it.
But EA's Harry Potter was also really struggling and that's a Quake1 engine game. 😁

I have both of these at home. I purchase an HP z420 and upgraded it with 8-core 16 thread Xeon and 64gb ram but it died.
It needs a NEW motherboard. So it is just sitting for now.
But My HP z220’s are Rock Solid and great everyday computers.
They have i5-3470 Quad core CPU’s with 16gb ram.
They work fine for surfing the internet and office productivity applications.
I use these as home workstations and Multimedia/NAS computer for my TV’s.

built a dedicated 4k gaming pc for my lg c9 oled, but not a replacement for my daily driver. 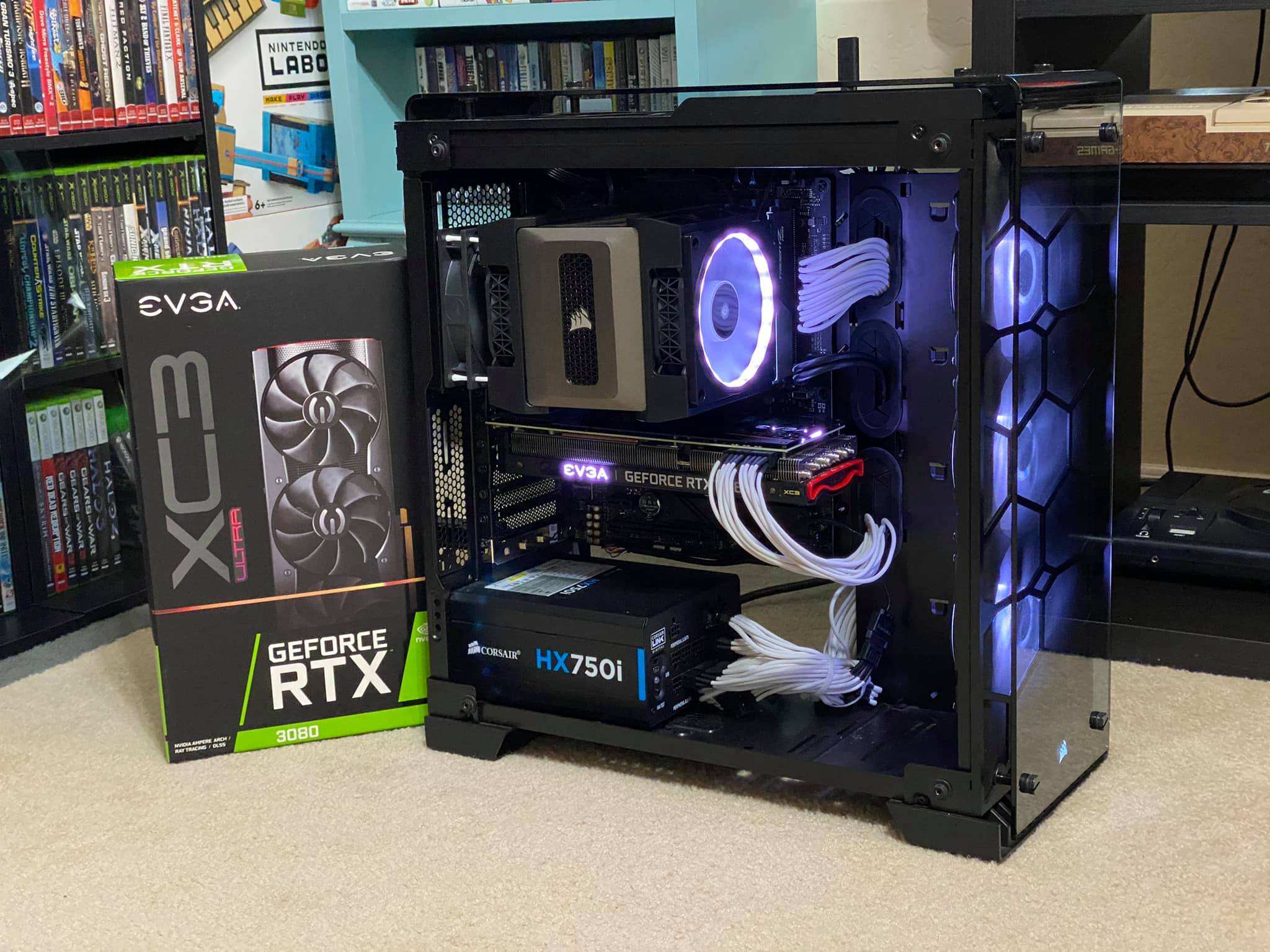 That's a beautiful system you built. I really like the color scheme you went with.

How in the world did you get a 3080? Was sorcery/voodoo involved? Seriously I'm jealous, been searching high and low for a 3070 but
they're either sold out or priced into the ozone. Probably best to just wait till next year I guess.

How in the world did you get a 3080? Was sorcery/voodoo involved? Seriously I'm jealous, been searching high and low for a 3070 but
they're either sold out or priced into the ozone. Probably best to just wait till next year I guess.

Yeah not sure what’s going on with these cards. I was able to sneak 2 in from Newegg at different times. My first one was a pny. 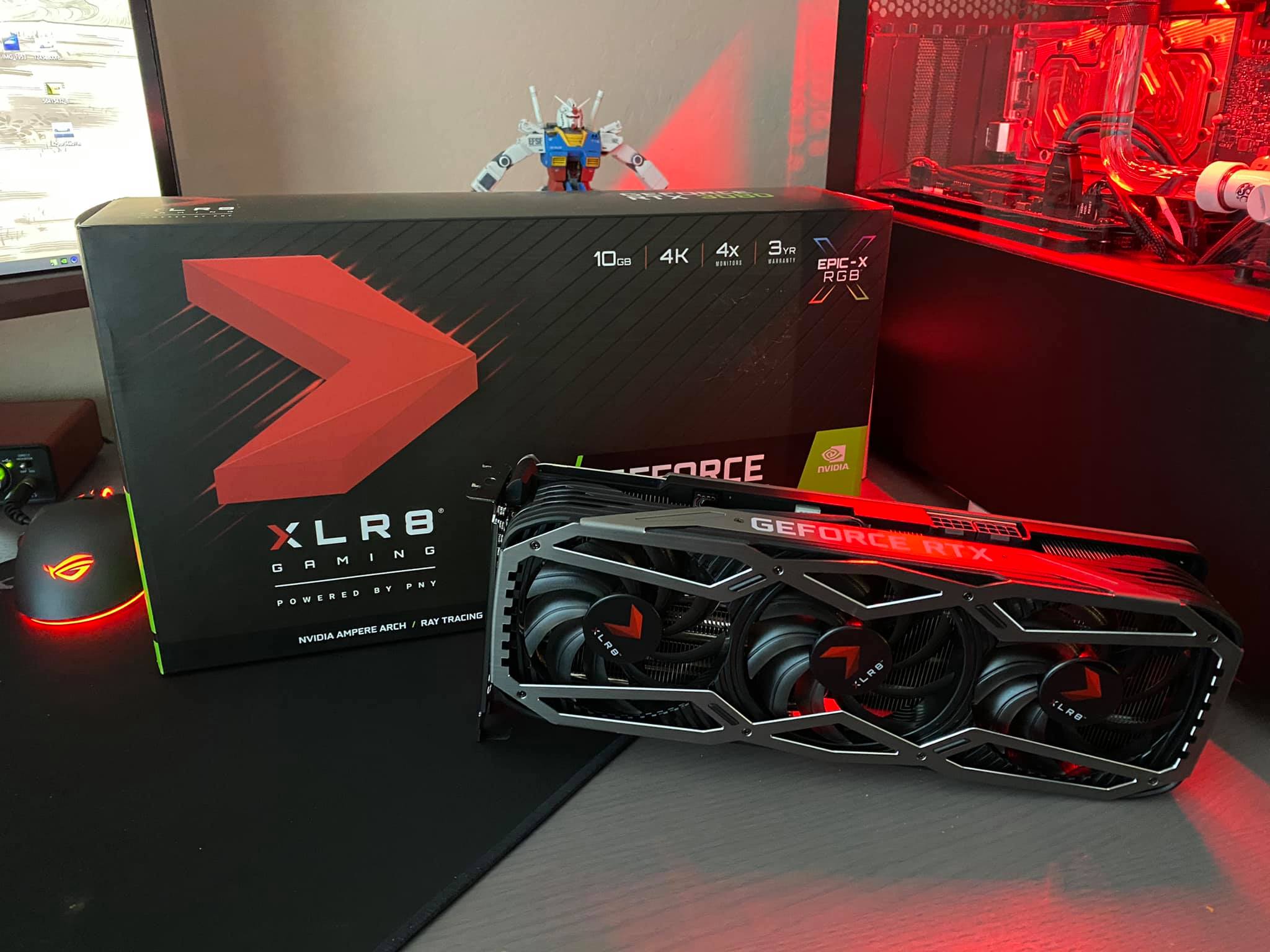 I was also lucky to grab a ps5 pre order back in sept. 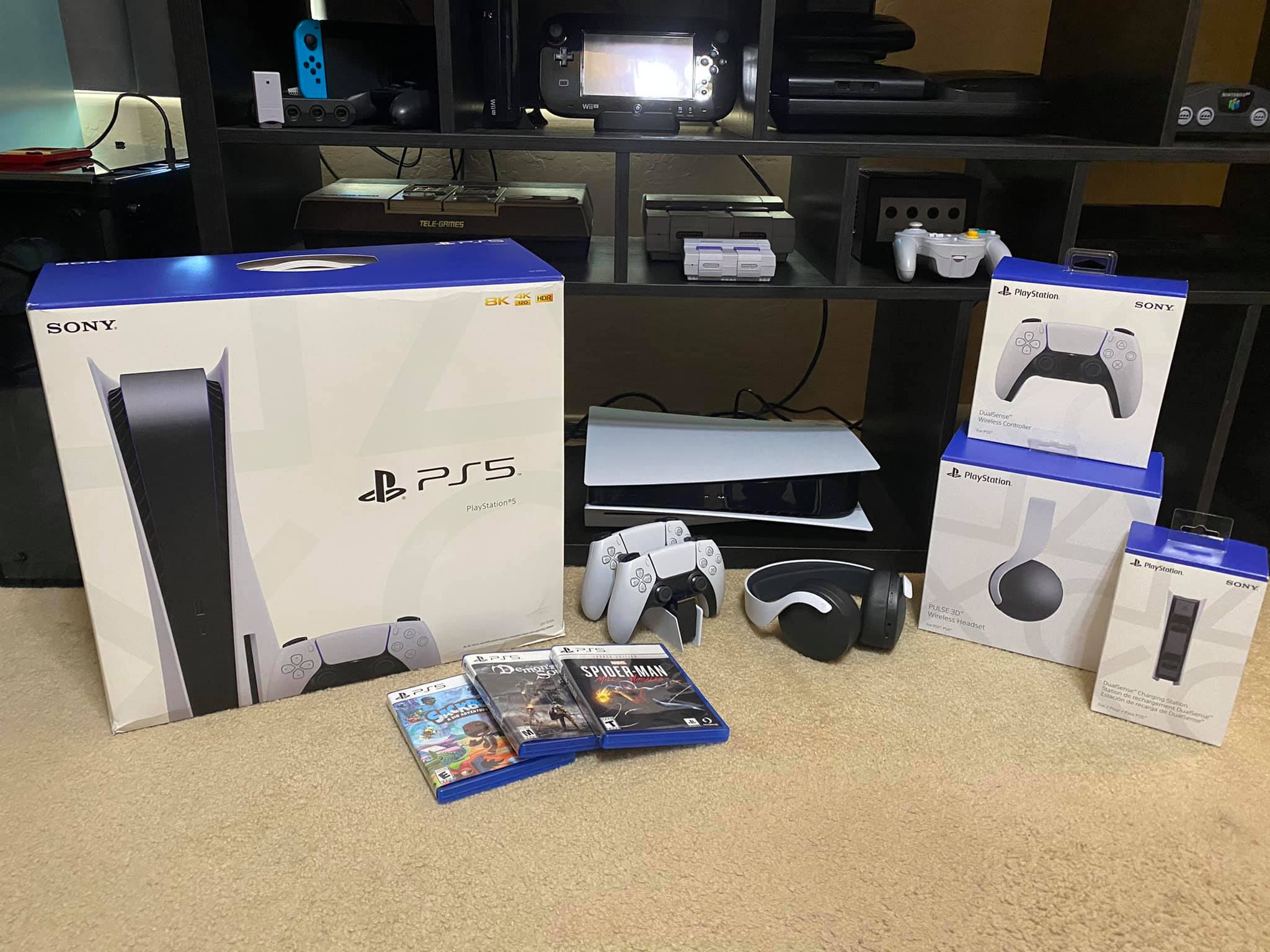 My current system consists of:

Hi all, I am new here but I am not new in the overclock and pc world.
I thought that before I dive into old school I could show my current system once.

This is the 1 year old beast. All lighting is in red these days. 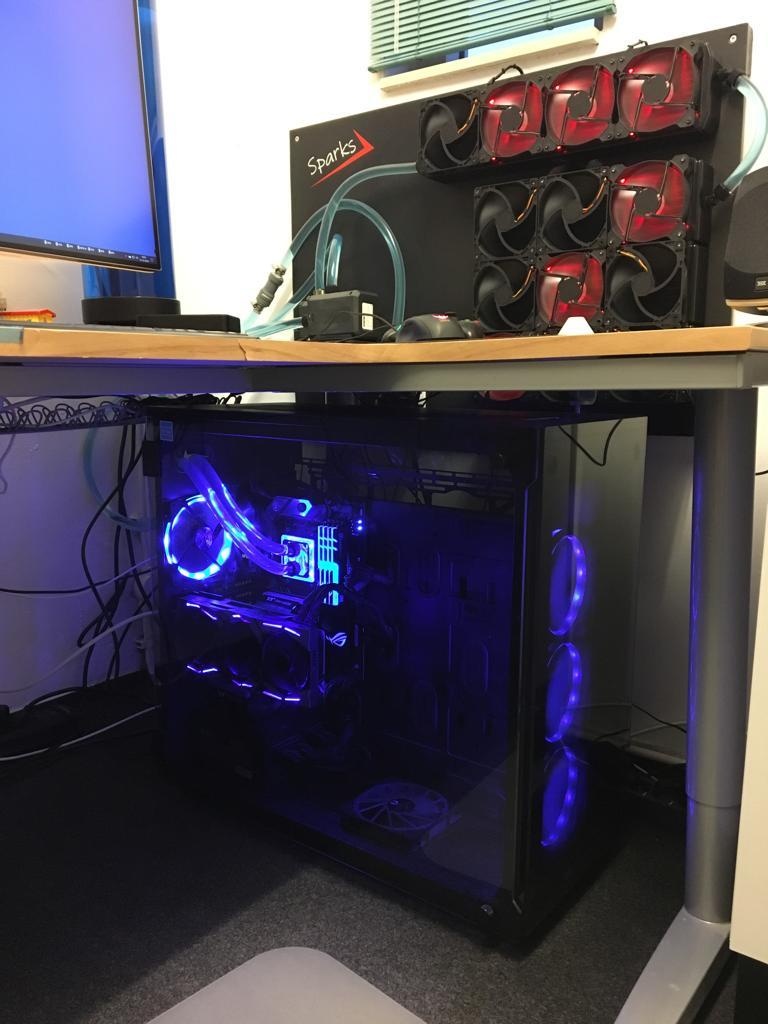 Still using Windows 7 as my main OS. Part of the motivating factor was realizing that this is probably the newest hardware that can reliably run Win7.

Yes, I use Win 10 at work, and have several Win10 systems at home. And that experience has convinced me to not use Win10 in my main rig.

Being immeasurably bored during this lockdown version of New Year, I figured I've never posted in this thread...

Some of you may already be acquainted with my little Sorceress, but, if not, here goes. As befits a proper mage, she's not the youngest girl on the block. But that doesn't detract from kicking a serious alien butt... and looking good while doing it! 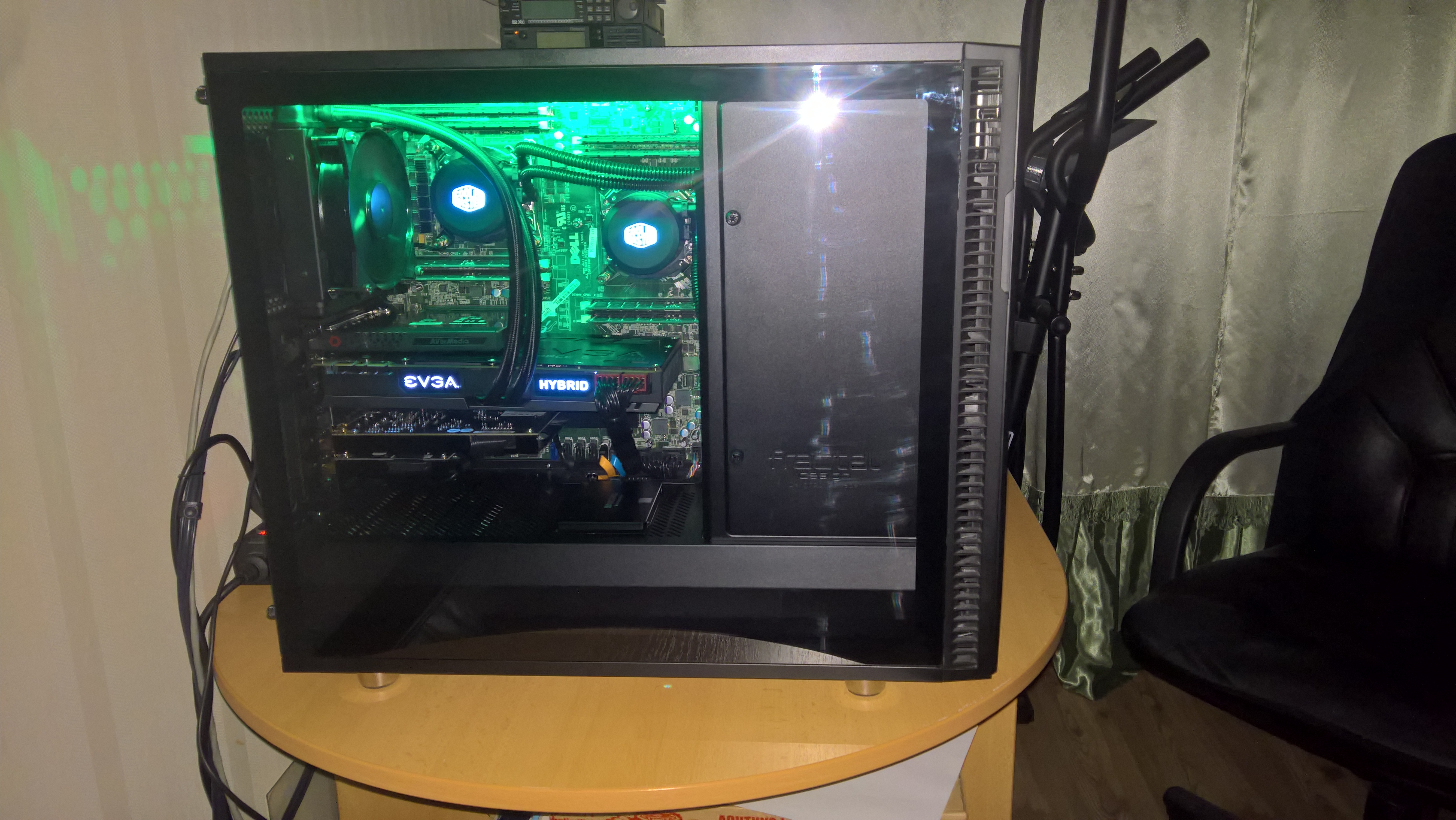 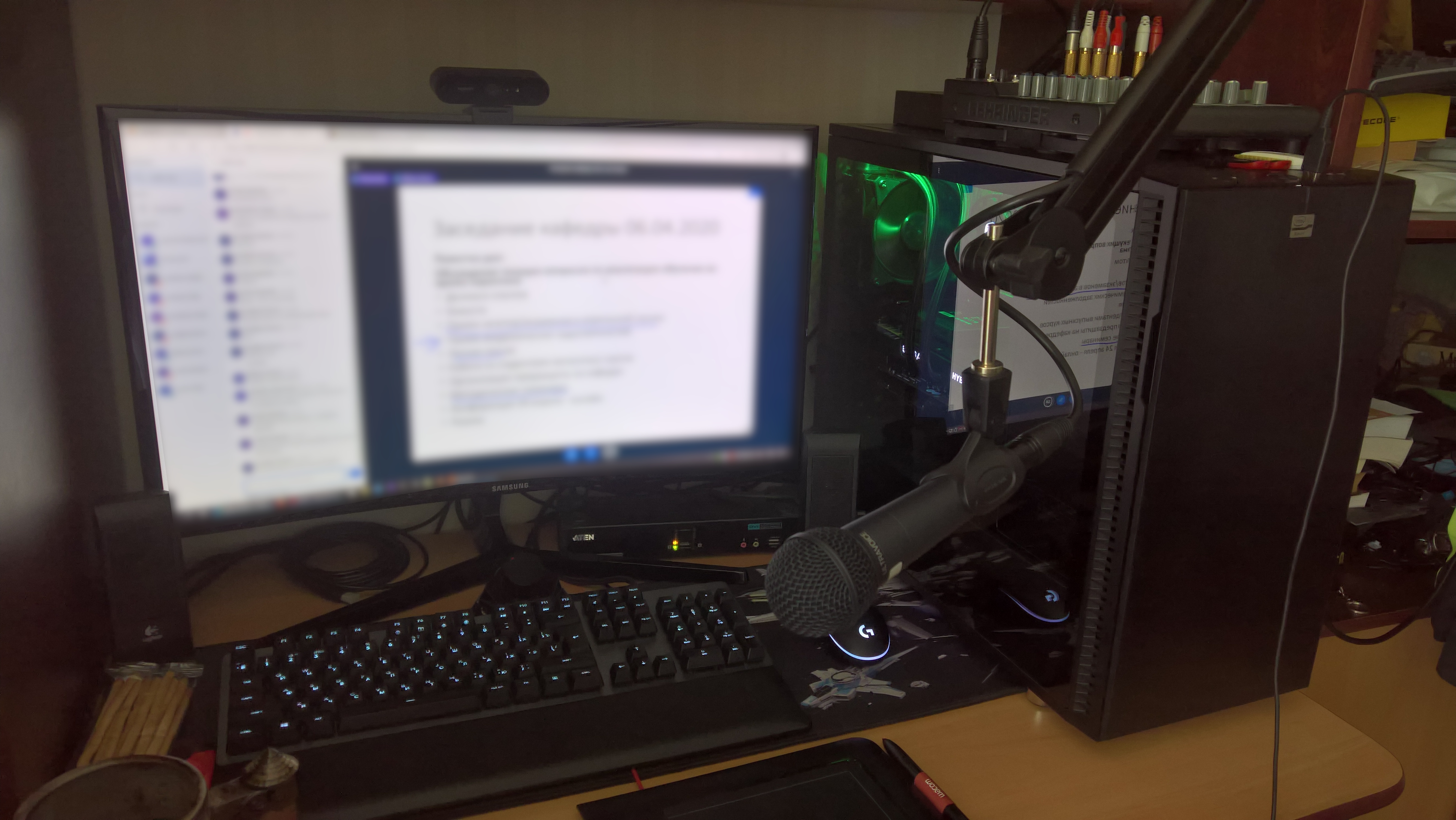 Suffice to say, she's used for work as much as for fun, and I am yet unsure if getting 50% more performance from the meanest Threadripper is worth the upgrade. For parallel tasks there are few systems that come close, fewer still that would cost less than 5k. Slower RAM is sometimes a bottleneck for poorly written software, but, again, 2x50 GBps over 8 channels (Quad channel per CPU) ought to be enough in this day and age. If not, you're doing something wrong, and a Threadripper won't fare that much better due to its own "dual-headed nature".

Also, not using HDDs for the same reason I have mostly Noctua fans (a few others at low RPMs are used where visible, in black). While I can't say she's totally silent, she is quiet enough to do recording, even at max load. There are no fan curves in play here, all fans are at permanent RPM settings. Plus, there's a 18TB of RAID space on a NAS for stuff I don't need quickly, and 2TB on an SSD is enough for most tasks.

In other words, are there faster systems out there? Definitely. Are there any that are worth upgrading to? Doubtful.

Built myself a new computer in the end of 2019 and it turned out pretty much exactly how I wanted it.

Up and running on my test desk. It has been moved to my computer desk where its connected to my triple screen setup.

I don't really have pics of it at the moment (need to dig them out of my "bulk storage HDD") but here are my main system's specs:

Hi Tali, you are in good company.
This is well "of road" but I finished my last build and honestly, I think I have now more retro PCs than I need ...
But time goes on and all that once was new, will - sooner or later - get retro 😉
So please find here my #10 (which is my current up-to-date PC):

This is just...awesome. Perfect sleeper build if I've ever seen one. Nicely done, mate!

I have two modern builds which are several years old. 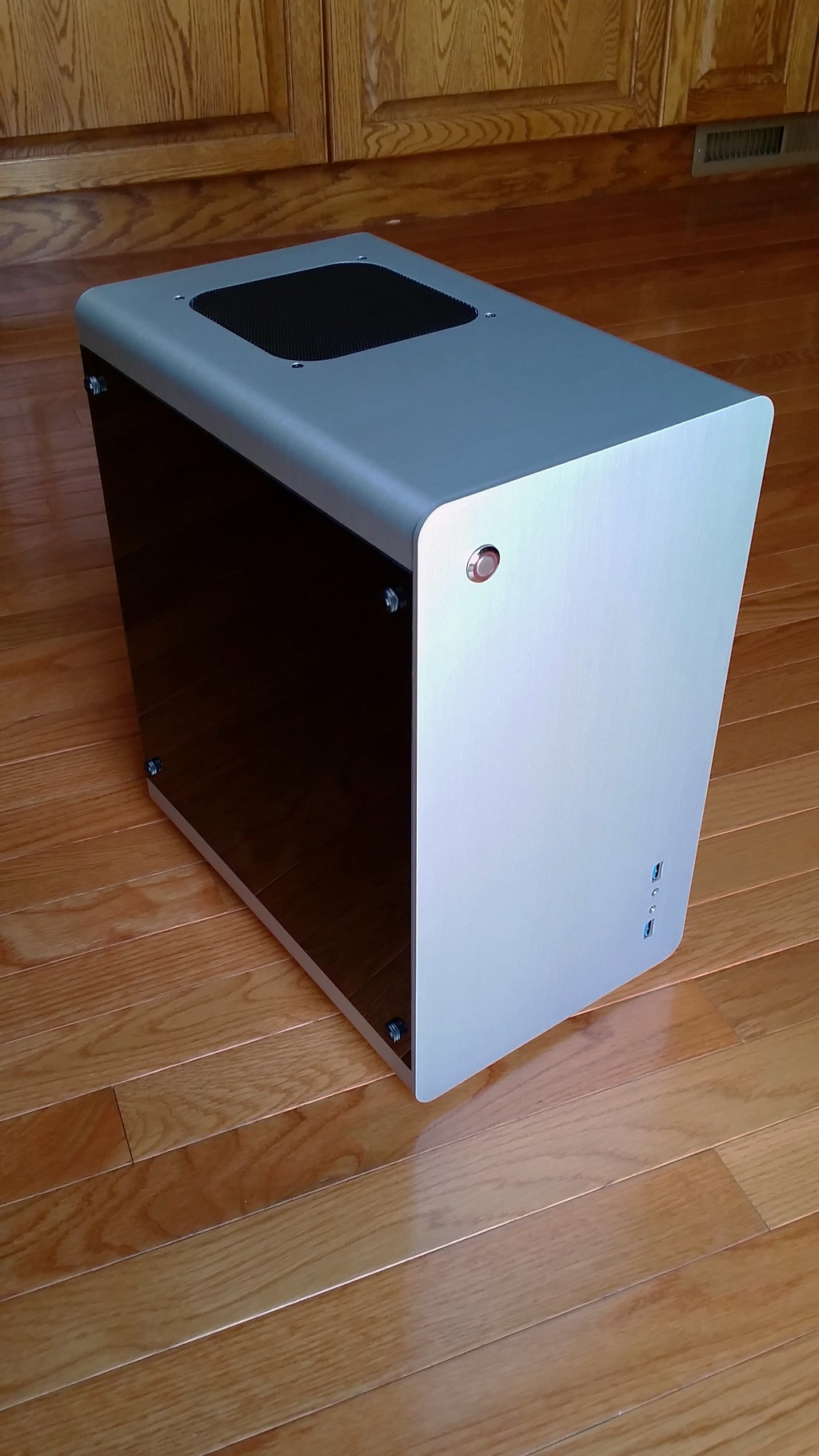 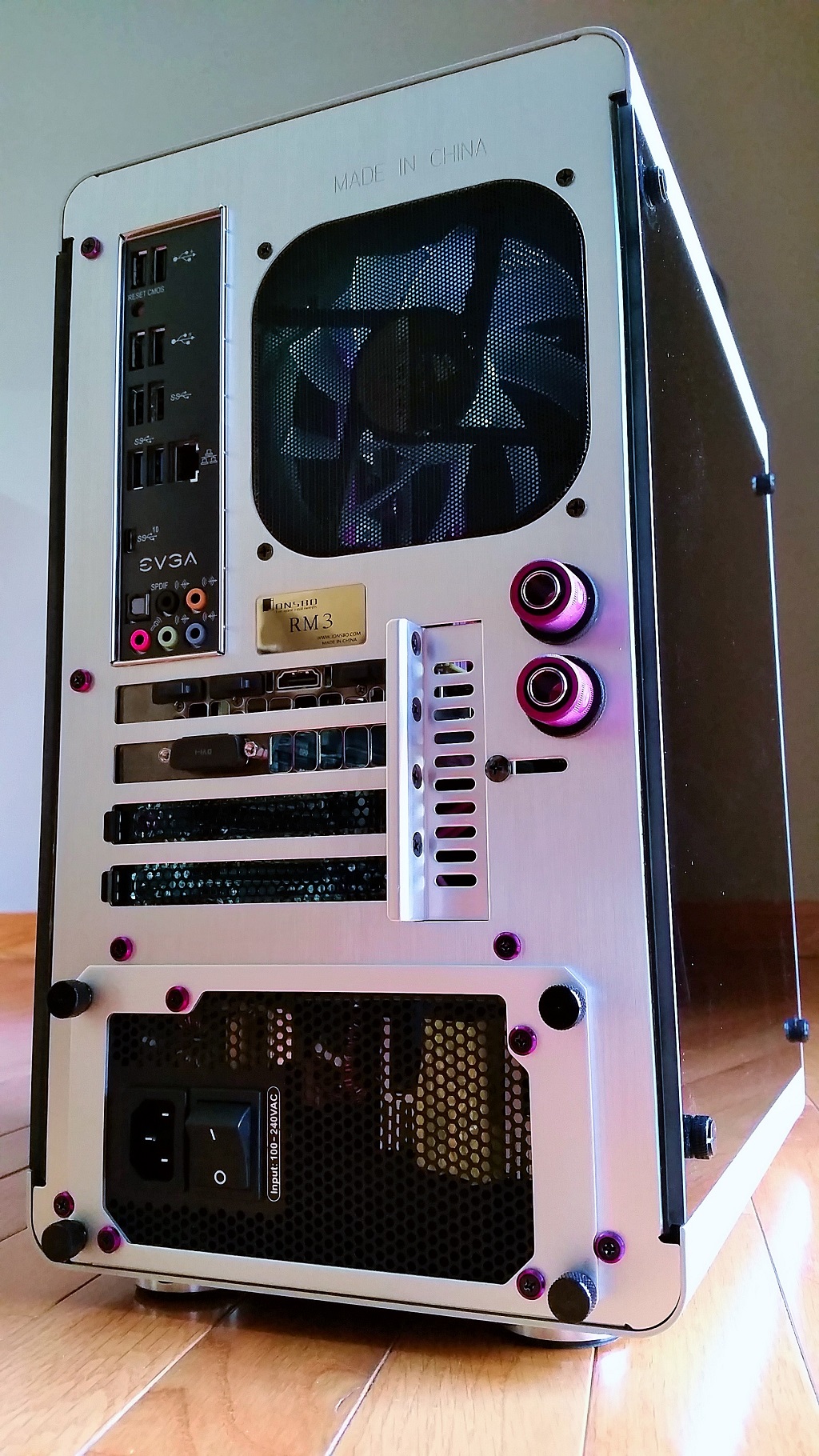 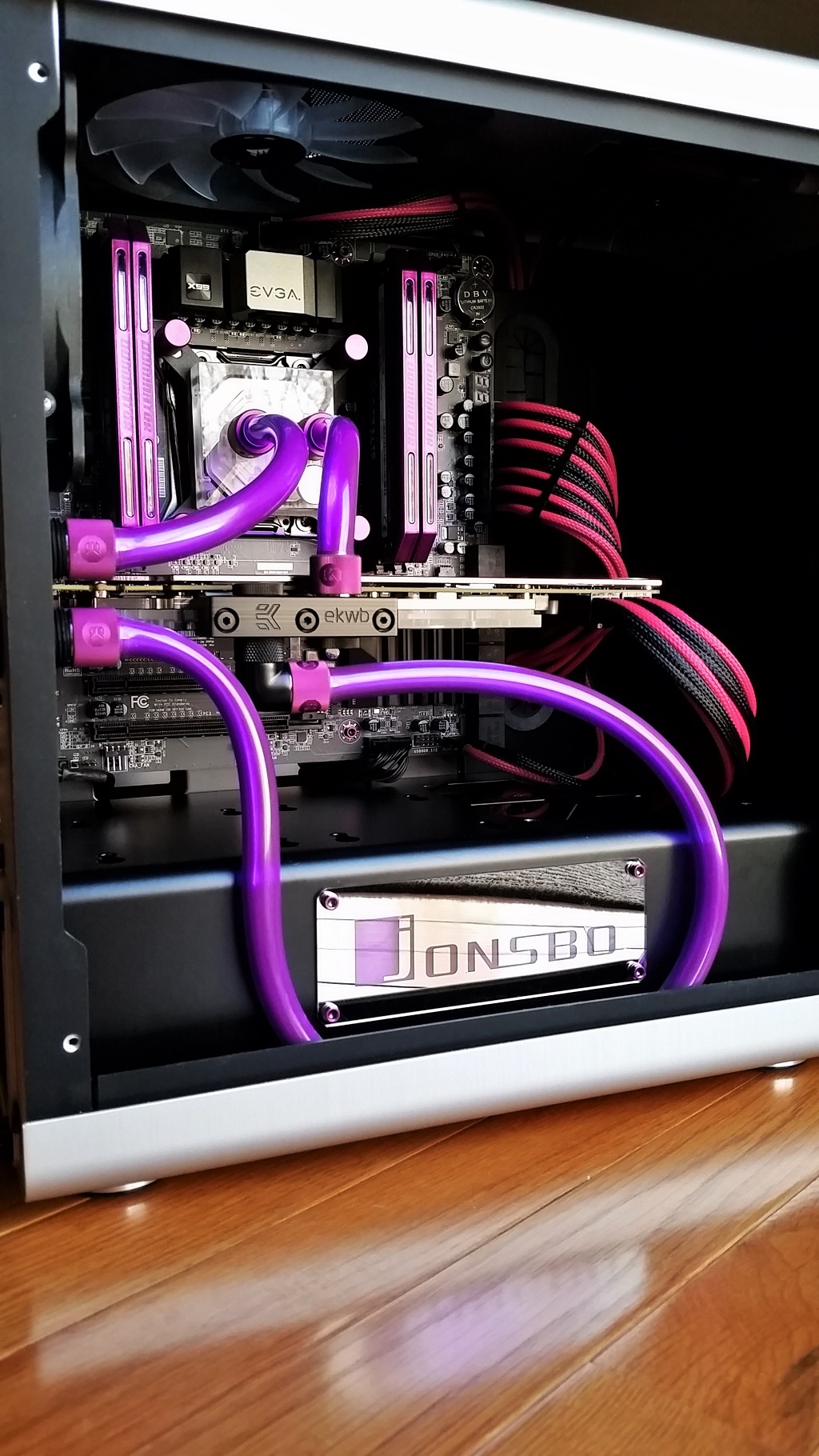 And here's the Mini-ITX -- 7700k / Asrock Z270 / 16GB DDR4 / 256GB Samsung NVMe / GTX 1080 Mini --- I'm currently using this PC for gaming and Steam-Link to my TV's. And yes, I did add a rear exhaust fan (slim 80mm) after that one picture before I did the PSU wiring. The thing does run really hot during gaming, but doesn't thermally throttle. It will thermal throttle if I run CPU+GPU torture tests simultaneously though. For normal desktop use, it runs cool, in the 40C range. CPU is delidded with liquid metal, and the GPU also has liquid metal on the die. 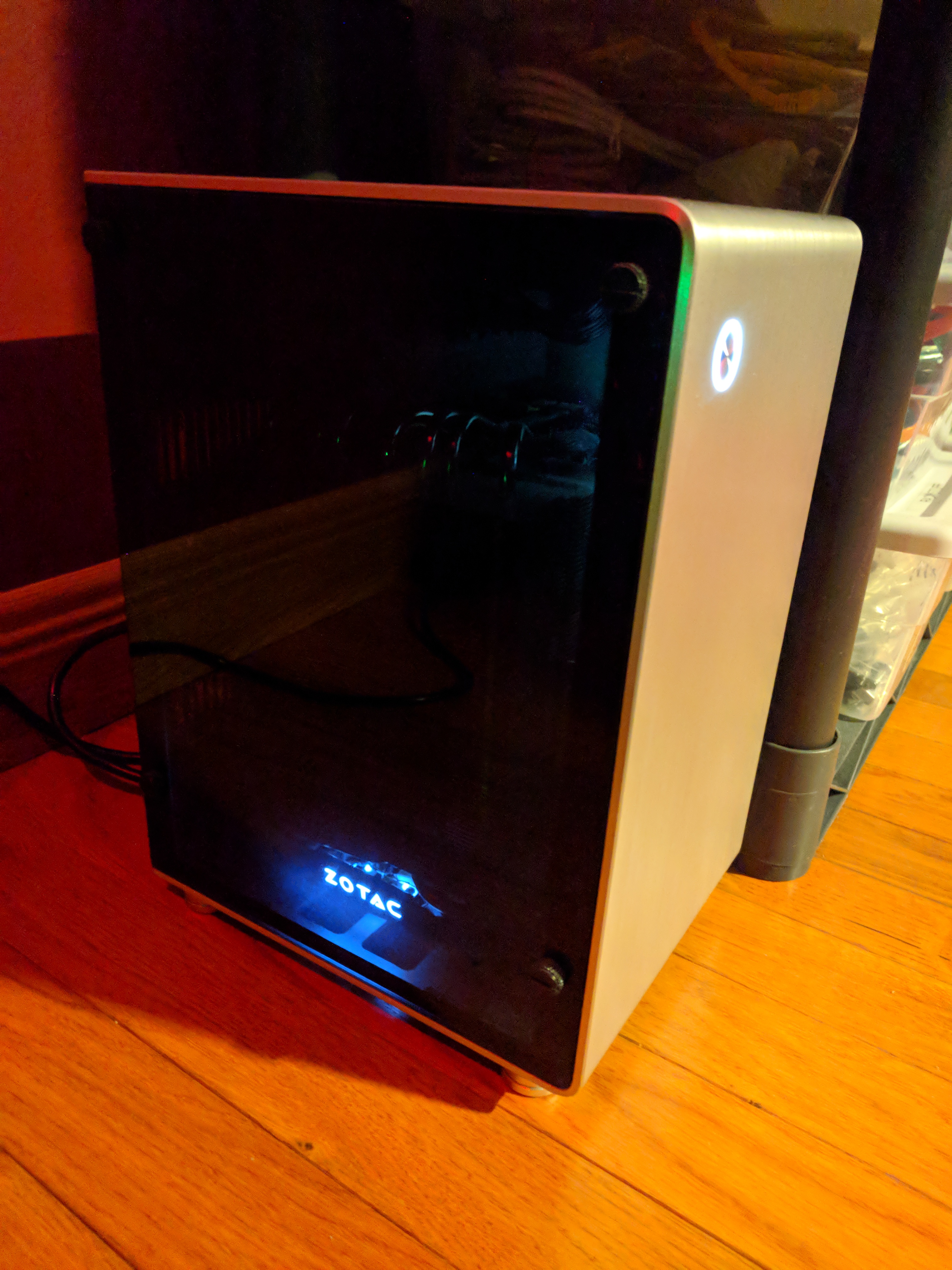 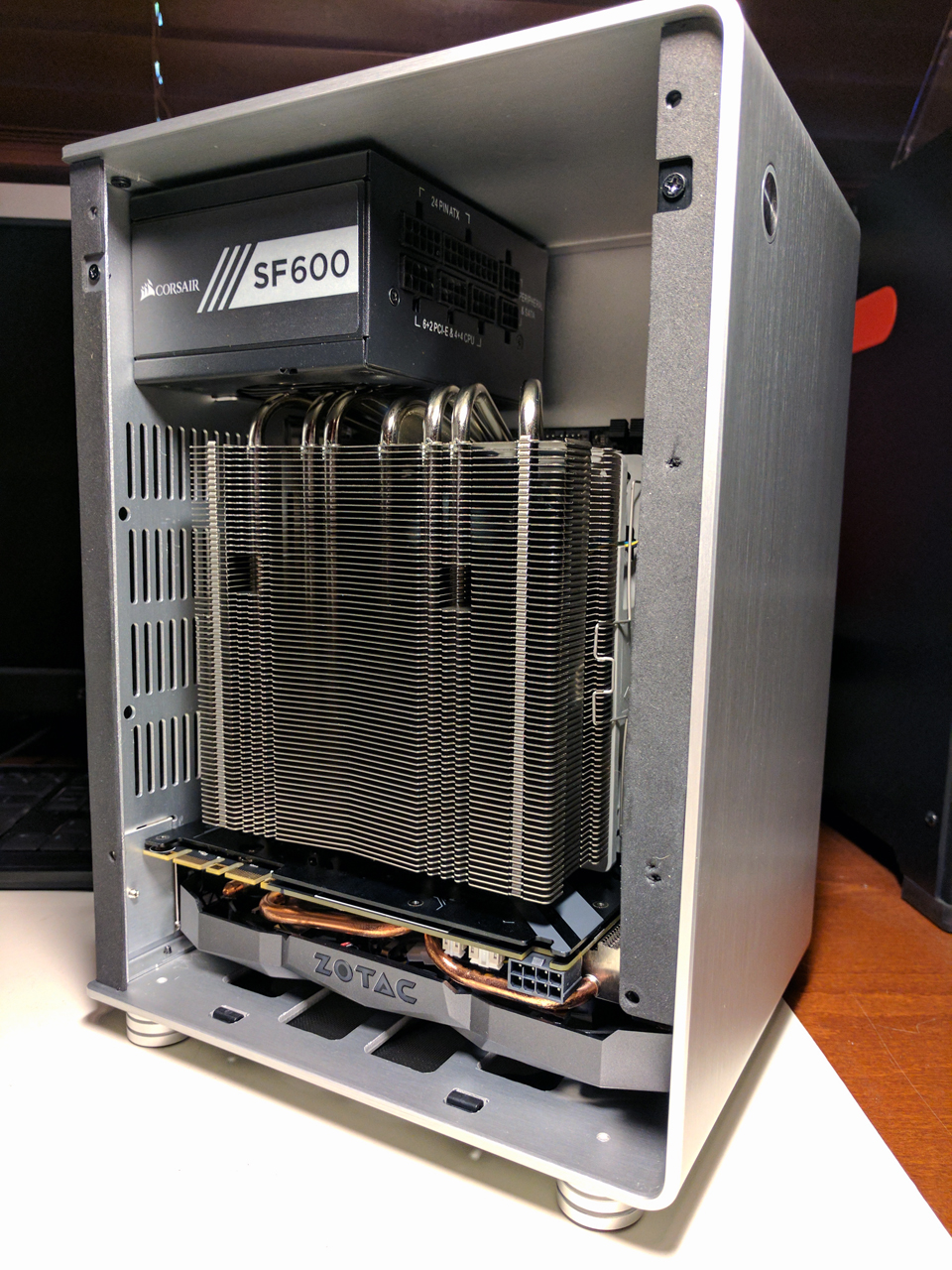 This is just...awesome. Perfect sleeper build if I've ever seen one. Nicely done, mate!

More pictures and some text in swedish can be founde here:
https://www.sweclockers.com/galleri/15064-den … -uppgraderingen