Hey retro lovers 😀
I am reading this form for couple of years already, and I must say that I love it.
I have build myself 2 retro machines, 3rd is in the building, the 4th one is waiting in the drawer.

I will write topic with additional info of each of one with some pictures and maybe game play videos.

I this topic I will give more info about 3rd computer. I must say that I am dreaming about this one for a long time. Somehow having computer with 2 CPUs, 2 GPUs and 2 HDD in RAID0 running one WinXp is the coolest think for me 😀 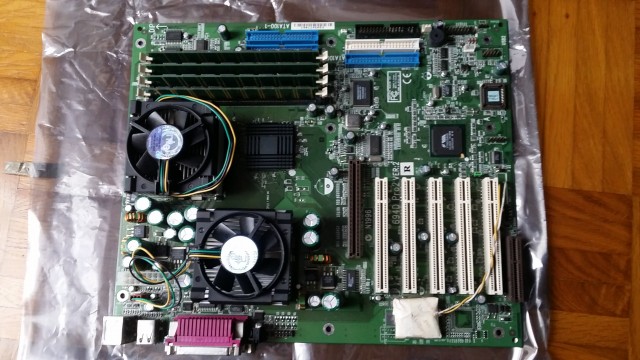 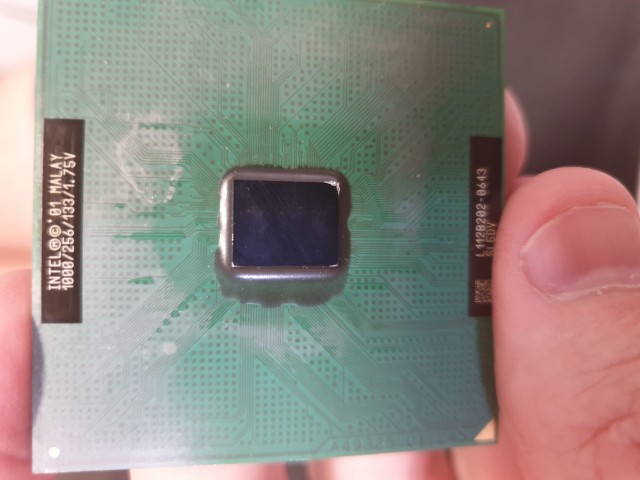 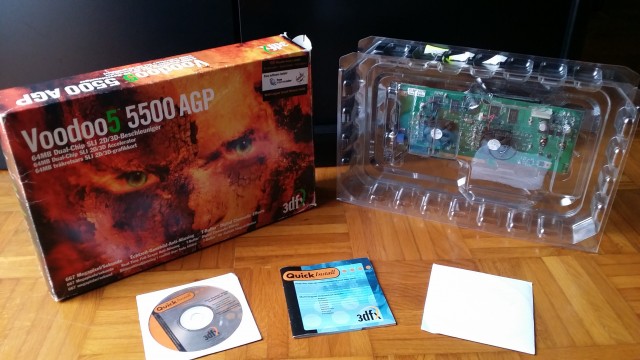 BUT!
I am having troubles with completing RAID 0 on 2 Segates. I don't see any HDDs in bios settings. In the software for creating RAID I see only one disk.
I updated BIOS of the motherboard to the last version, vired two HDDs on separate IDE cables on two separate PATA connectors on the motherboard. I tried setting jumbers od the HDDs to Master/Slave/Cable select, but nothing helped.
Do you guys have any clues what could go wrong? Are disks to big, has motherboard broken RAID chip? 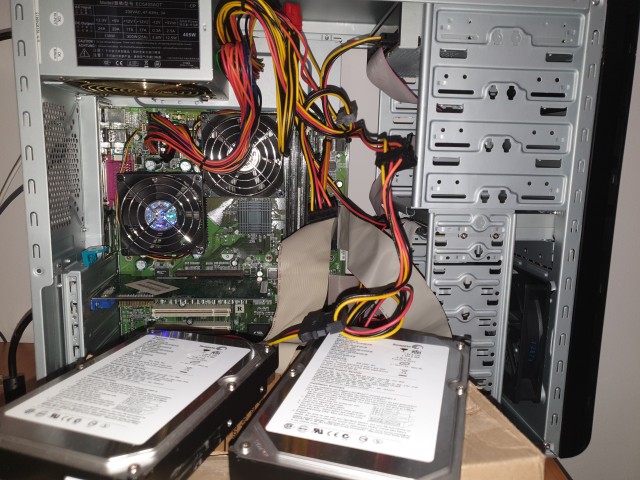 The second question is: is it possible to connect 5.25" floppy drive on this motherboard? 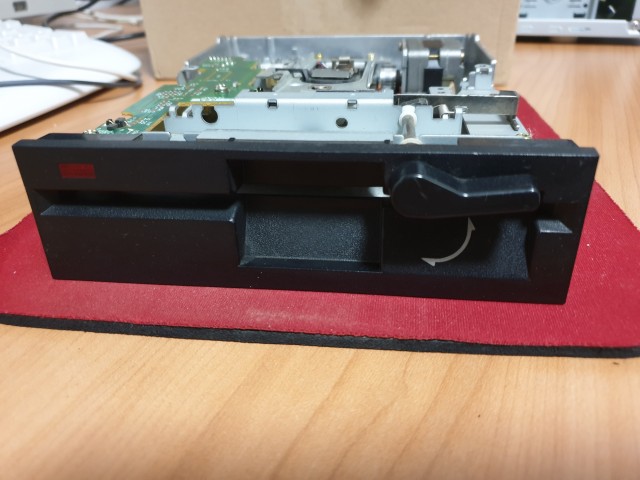 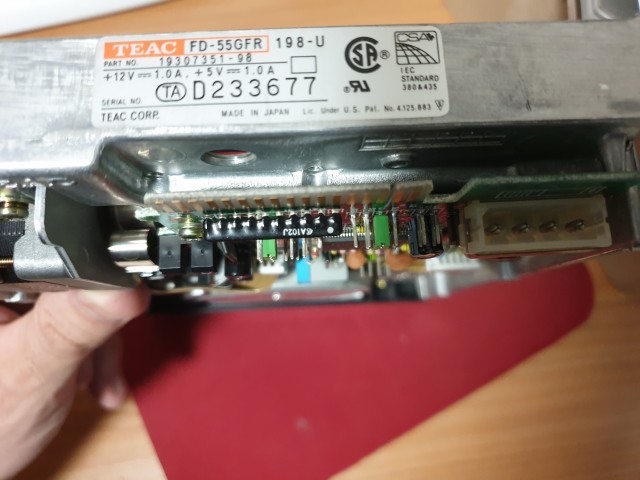 Thank you very much for any help! 😀

Hi, maybe your Mobo doesn't have raid support. See https://www.anandtech.com/show/816/12
By the user manual, you must have the Promise 20265R chip near the IDE's connectors and it is optional, I think that only the version PRO2-R has it. I can see a chip in you post picture of the mobo, but I cant read it. Look for the R in it

You mean that one?

For the 2nd pc, use a Vortex 2 soundcard to play Half-Life with Truform and A3D.

@jcarvalho Do you have PATA Raid? How did you configure jumpers on HDDs?

@an81 what about if I stay with Creative and play Half Life with EAX or smtng? 😀 Do you have any videos how different looks Half Life with truform compare with default video settings?

Hi again. My HD are sata only.

what about if I stay with Creative and play Half Life with EAX or smtng? 😀 Do you have any videos how different looks Half Life with truform compare with default video settings?

Nothing wrong with EAX, I beat HL on RivaTNT 2 32mb the first time I played it without EAX or A3D and enjoyed it immensely nonetheless, it's just that if you have a one of a kind gpu supporting in hardware a curious deprecated feature, you may as well augment your experience with another very forward-looking piece of game-engine tech (way more forward-looking than truform I guess), and you can enjoy both in such a classic as HL. Besides, EAX has been around for a lot longer, A3D got suffocated very quickly, Win98 feature only from I can gather, thus more retro.

Do you have any videos how different looks Half Life with truform compare with default video settings?

Try it out yourself. I may post Gunman Chronicles screenshots later.

what a handsome fellow

I cant tell which shots have tru-form enabled

I still can't achieve RAID0. I am gonna show you couple of print screens, if that can help you see my problem...

At start screen there is no sign of the HDDs. 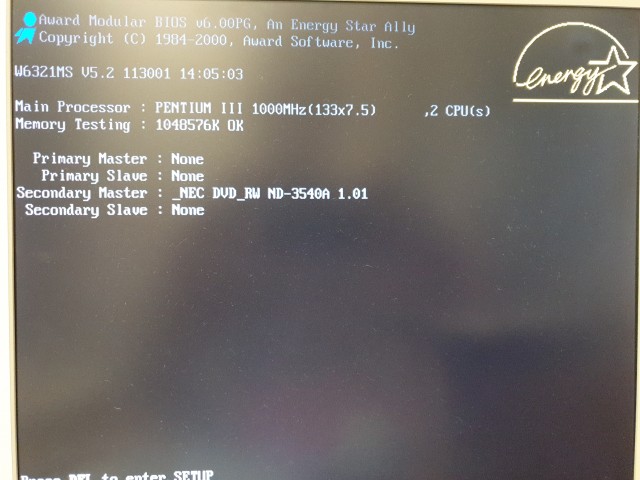 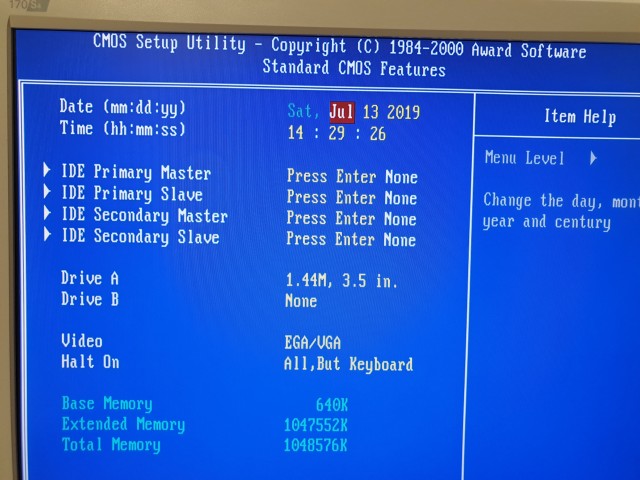 At next screen computer start scanning for HDDs. 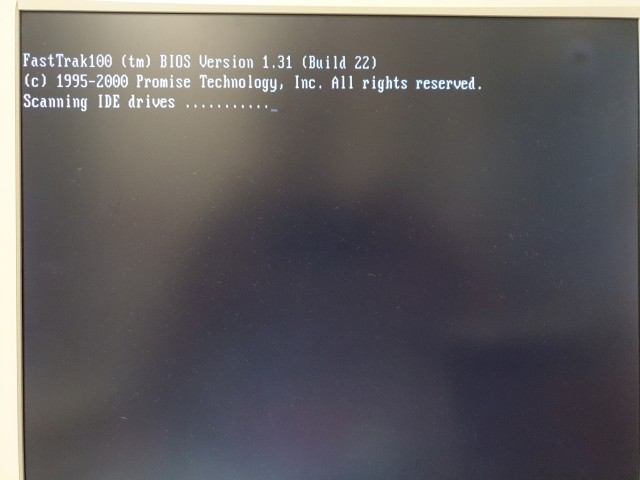 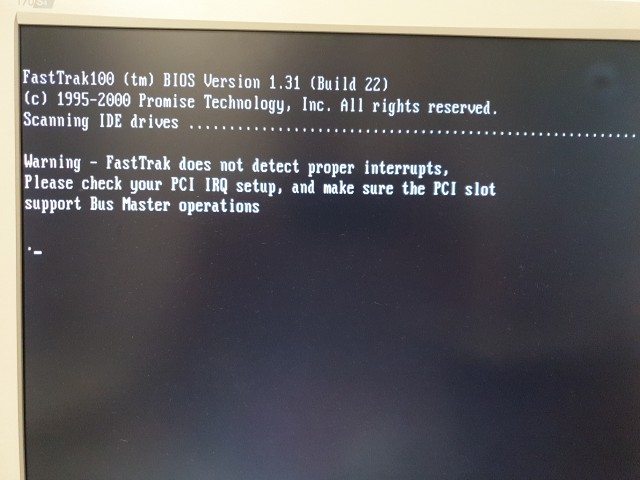 If I wait a little more, it suggest to me to press CTRL+F
When I do that I come to screen where I should define RAID0, but I only see one HDD. 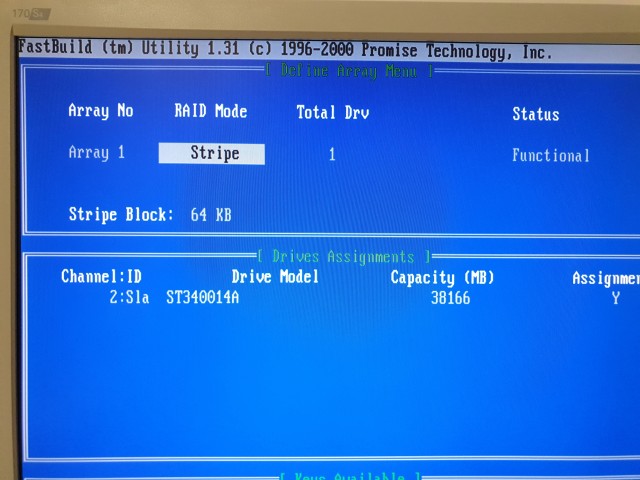 there are a few options in bios that sound like they could have something to do with this; also the cpu is faster than what is p[rovided as max in one manual i found - try downclocking and check again?

This Promise knowledgebase link https://tinyurl.com/y4njpncf implies a resource conflict with the motherboard / add-in devices. Having updated the bios, maybe you could try the 'Load Fail-Safe Defaults' option on the bios menu. Also, remove any add-in PCI / AGP cards and use the most basic vga card you've got.

From setting up similar boards with this Promise raid chip, I'd have been trying the following

All 3 hard disks should have proper 80-wire, 40-pin ATA cables and the two raid disks should be completely blank ie no old partition/mbr records.

Beyond that, I'm not sure what else you could try. There is a later FastTrak100 bios than the one your on, but all it adds is support for 48-bit LBA disk members and you'd have to patch it in manually.

Huh tnx man!! I got it working. I think what helped was loading safe/failed defaults in bios.
I hope when Windows will be installed I can set BIOS to performance mode and add as many PCI cards as I want?

Are there any suggested stripe block sizes? I chose 64kb.

Oh God... After installation I got blue screen with this error stop 0x0000007b. Now computer can not boot into windows 😜

Are you installing / booting XP off the single 160GB Seagate or the 80GB Promise raid array?

Have you checked the boot device order is correct in 'Advanced Bios Features' (entries for both ATA/100 & SCSI and First, Second, Third)?

How are you setting up the Promise raid drivers for XP - using F6 during the text mode installation phase or later once XP is installed?

Which version number of the Promise XP drivers are you using?

Also, don't worry about the Stripe Block Size - the 64KB default is fine for general use.

I unplugged 160GB Seagate. I installed fresh copy of WinXp on 80GB Promise raid array. I used F6 so the installation later requested RAID driver (if I didn't, there was no HDD to select). I chose that version "Microsoft Windows XP miniport driver 2.00.09 (Build 10)".

I don't know the "right" settings in BIOS under 'Advanced Bios Features'. What I chose is 1st HDD0 and 2nd CD-ROM. I there anythink else?

The error is thrown just after Windows Xp starts to load (there is WinXp loading screen, so ther are booted from RAID0).

The entry for ATA/100 & SCSI should be set to ATA,SCSI (which it probably already is, as the default value)

The entry for First Boot Device should be set to SCSI and you can leave Second Boot Device as CD-ROM. I'll also assume Third Boot Device is set to something other than an HDD and that Boot Other Device is Enabled.

There is a newer version of the driver for your bios version (V2.00 b18) which you could try https://www.promise.com/DownloadFile.aspx?Dow … oadFileUID=3163