Both my partner and I have started working from home and as a result, so my man cave needs to become more of a grown-up office! As such I took the opportunity to shrink down my Windows 98 PC.

It used to be fairly standard:

This was in a modern ATX case with loads of room and a modular power supply. This case (and the power supply) has quickly been re-purposed into a modern PC for my partner to do work on via Office 365.

I therefore shrunk my Windows 98 PC using this: 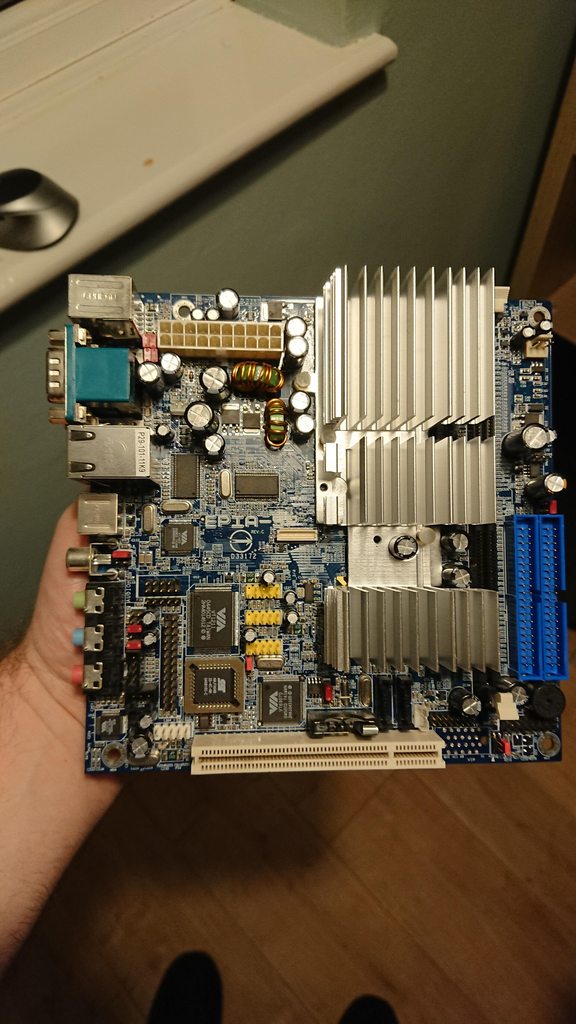 I wanted to grab my game saves off the CF card before wiping it for a clean install, considering I was going from a 440BX chipset to a VIA 4 in 1 (and about 5 years newer), so I tried loading Windows on the new system using the old install. However, it loaded up just fine, after a few restarts and installing the via drivers from a USB stick. After swapping the video and sound drivers to the correct ones it's now working flawlessly without doing a clean install, although I do feel quite dirty about it!

The end result is my Windows 98 PC now happily sits in my cupboards and my desk can house the modern PC for work. 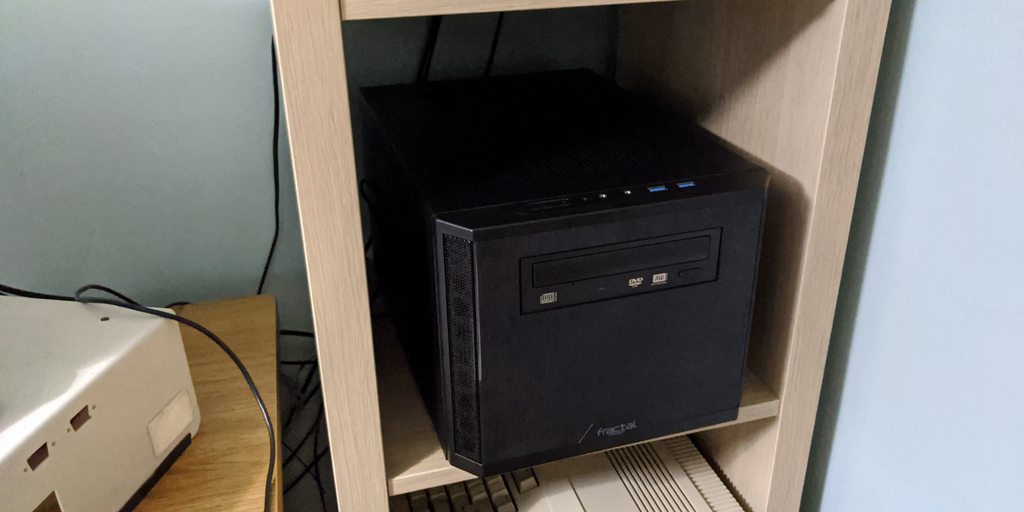 It's certainly no powerhouse but it's good enough for those early 3D games and I think the CPU and GPU are quite well matched. 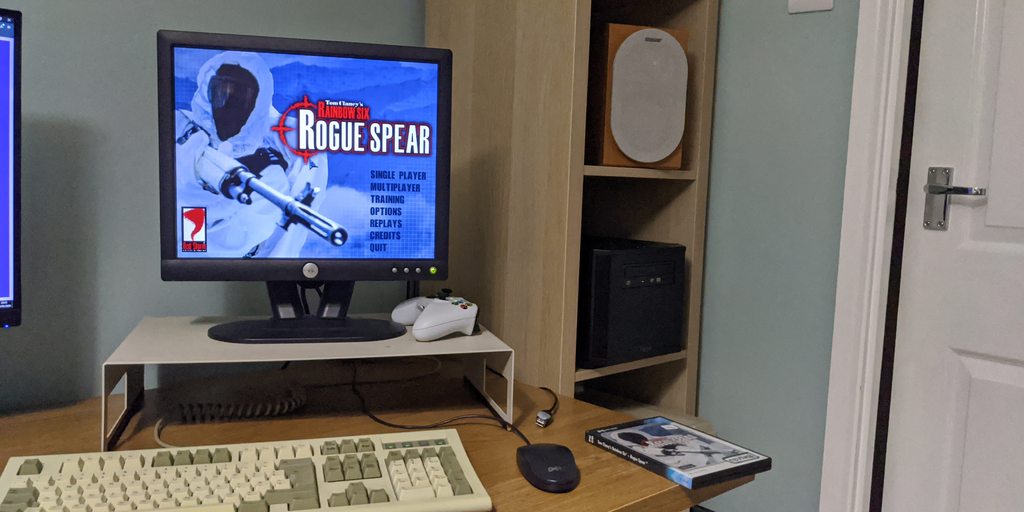 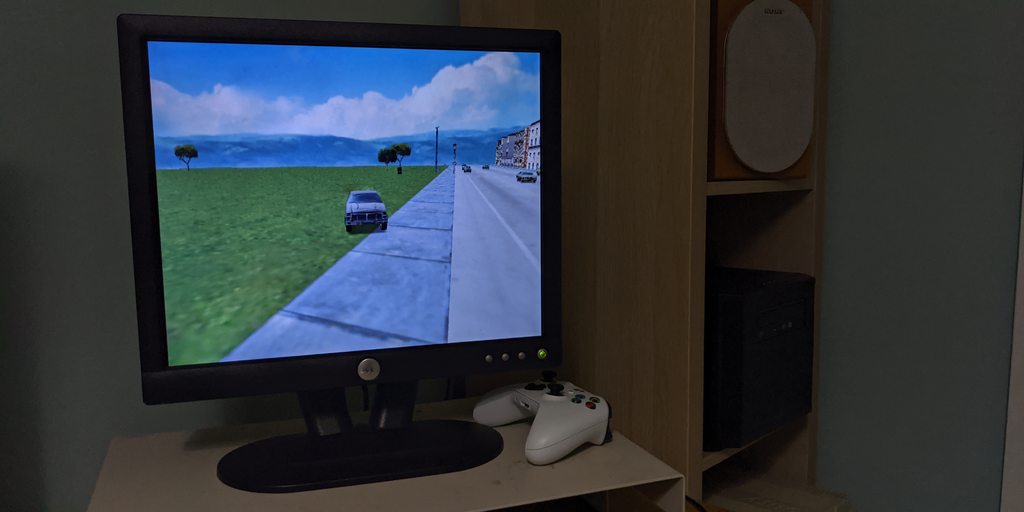 The voodoo was getting exceptionally hot, even with the case open, so I tried to mount a fan to it with no success. Then I thought... why not mount a fan to the case adjacent to the Voodoo?

It came out pretty close! I put a Noctua speed reduce-y thing on it to make it quiet too. Now I might overclock my card it to 3000 speeds unless this is a terrible idea. 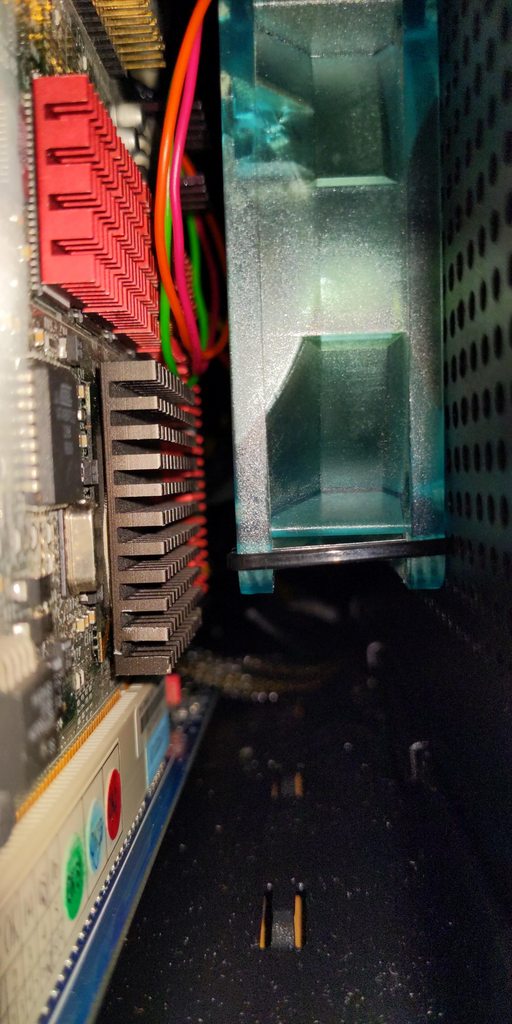 I'm pretty happy with how this turned out. The DOS games I wanted to play (mostly Doom 2, Duke 3D, Quake) run OK from Command in windows with "General Midi" music - not sure how Windows handles that but it sounds it sounds like Fm Synthesis to me?

Great build! I have a VIA EPIA 800 motherboard (with DOS-compatible audio) and it may be my favourite retro PC. Fast enough for classic Windows RPGs, slow enough for most DOS games.

Curious about the performance on that C3 800MHz chip. I would love to get some more microATX boards and the small AT boards to reduce case sizes. I very much like the old school LPX cases used by various manufacturers in the late 80's and early 90's.