In my previous Netburst PC build HERE, I built the envy of every AMDork - a super high-clocked Pentium 4 RAMBUS PC.

I now realize that the budget segment is just as important, so today you shall witness a budget Netburst build.

We shall start from the motherboard - MSI MS-6534 (built by MSI for Medion). A socket 478 board with support for the much cheaper SDRAM for the unwashed, poor masses. Since SDRAM is so cheap, we can load up 512MB of it!

In the socket - a 2 GIGAHERZ Celeron (Northwood) CPU. How can those puny, low clocked Duron's and even Athlon's compete?

For sound, we don't have to settle for onboard audio. SB Live! cards dropped in price at this point in time, so we can get one to enjoy those EAX effects! Here we have a Live! SB0200 card. The chip looks a bit different, but...its a Live! card. Creative wouldn't just mislead people by mis-labeling a product with missing functionality...

And for video, we will be installing a budget part as well - a GeForce4 MX460!(also by Medion).

GF2 MX was an amazing card for the time, offering Geforce256 performance and features for a fraction of the price, which is why I have no doubt MX460 will be a great choice as well, since it obviously supports DX8! I mean, no way would a trustworthy company like Nvidia just package a geforce2 as a geforce4...

With the build complete, lets run some games!

Next up is Warcraft 3! Totally playable, with 30+ fps even with more units in the map. Who needs more than minimum details anyway? 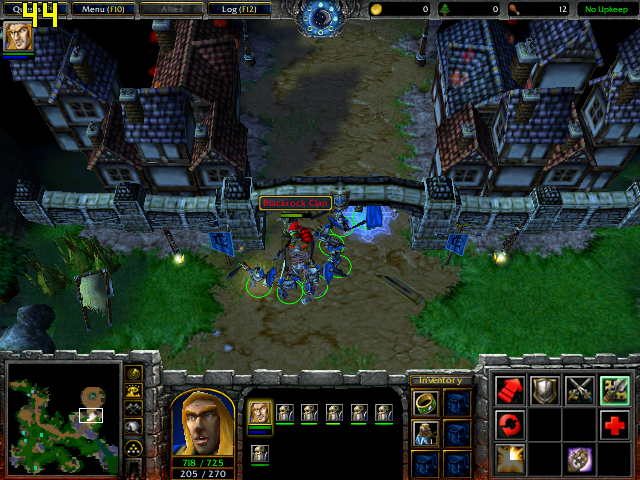 How abour some racing games? Need for speed showing...15-35 fps. Minimum settings. Guess this one isn't optimised too. 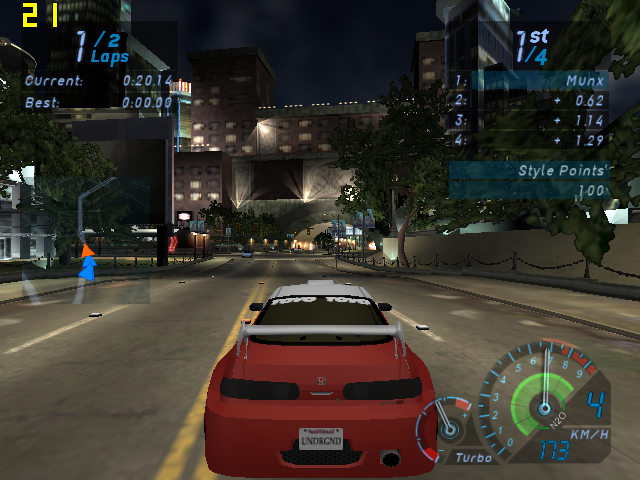 Next up Unreal Tournament 2004. Surely this one is optimised for the superior architecture? 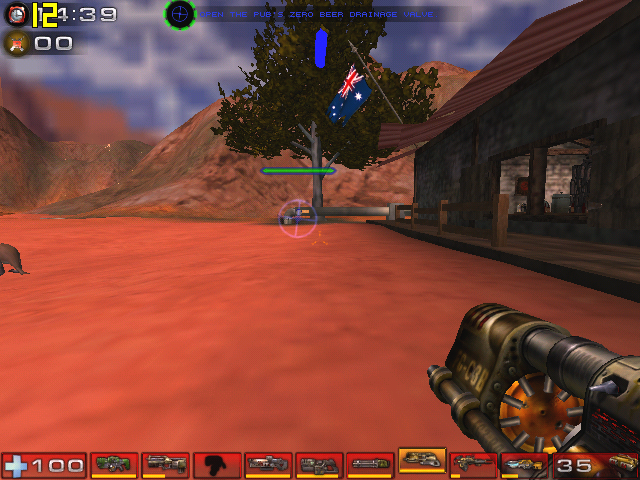 Well...who wants to play or larger maps anyway, as small ones run...okay-ish!

Lets get on the Battlefield 1942! Minimum settings and lowest view distance gets 25-30 fps. I say not seeing your enemy as they are firing at you from the fog adds more fun... 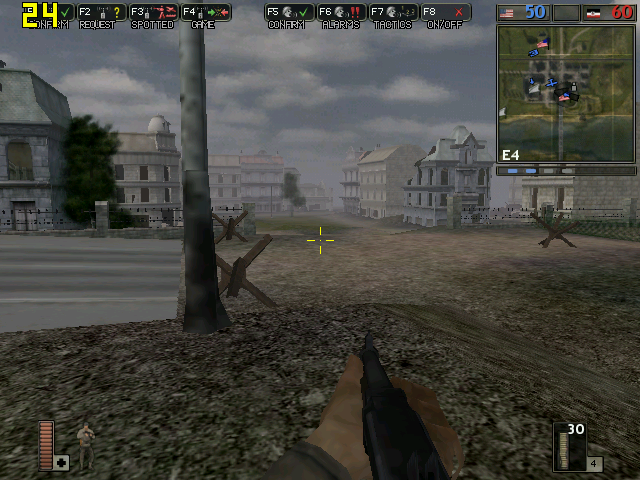 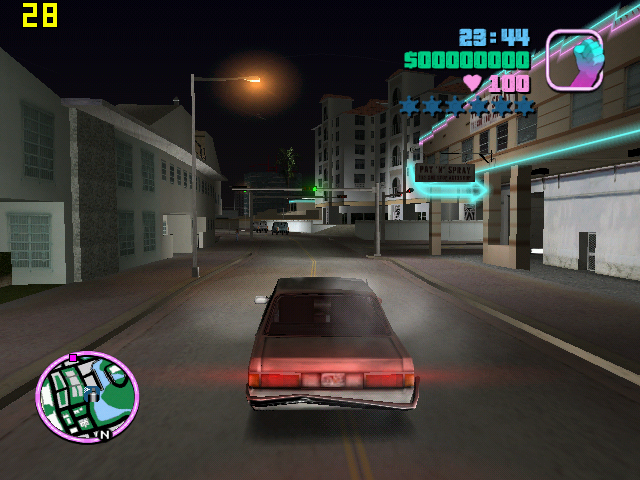 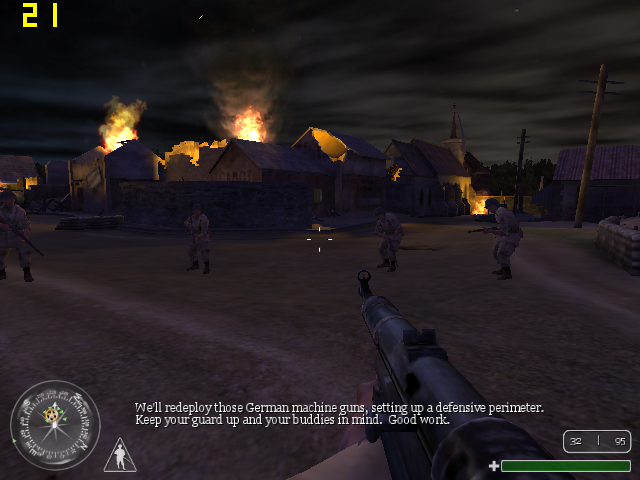 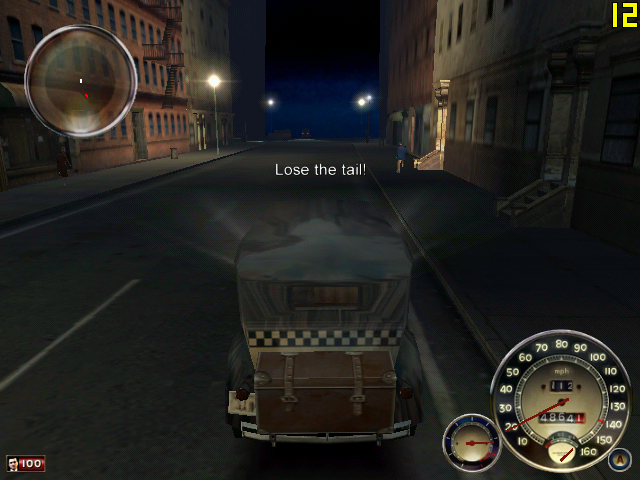 Rise of Nations runs just great at the start of the game! Too bad it drops to 3fps as other players build more units... 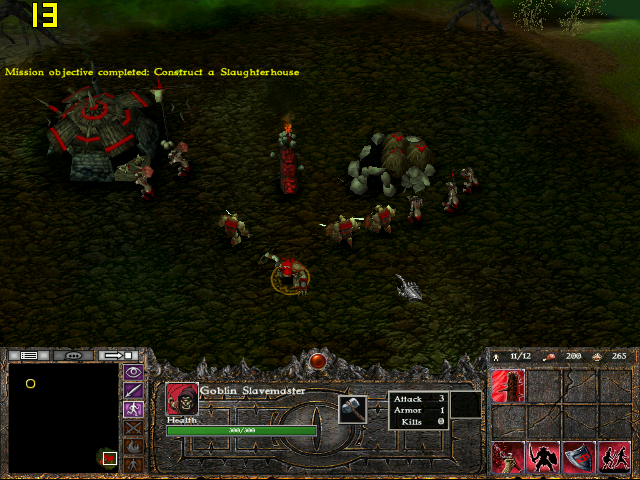 Ok, time for the big guns, Time for Doom3, a game that supports SSE2 and runs on OpenGL, which will no doubt make this game FLY on lowest settings!...Aaand its 13.3 fps. 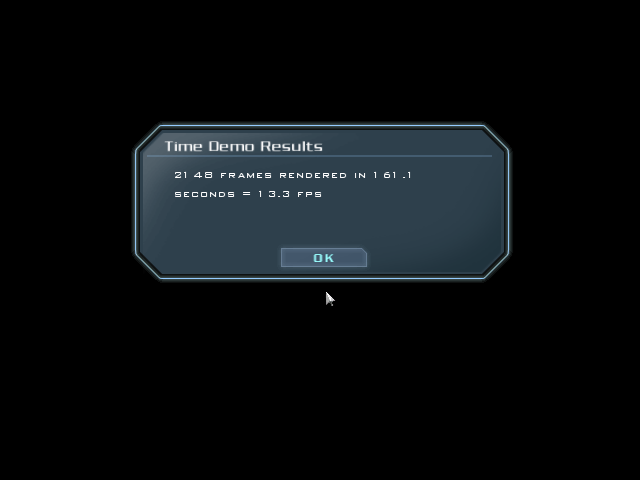 Okay, Maybe, JUST MAYBE this can run Half-Life 2. After all, that game is perfectly playable on an Athlon and a geforce2mx!! 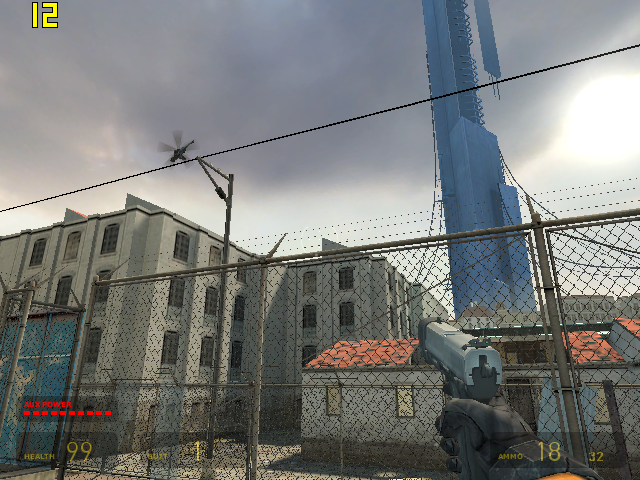 Oh ffs. 12fps. And what the hell does DX7 harware here mean? Its obviously DX8! Why would someone call this a geforce 4 if it cant even support geforce 3 features? 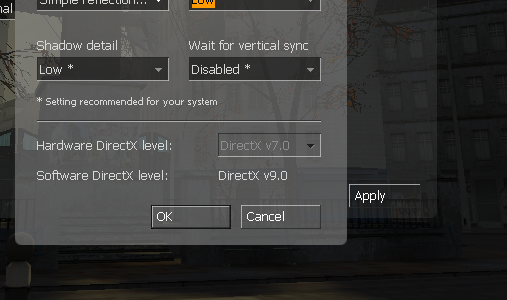 Alright, I see it now. I've been bamboozled by this graphics card! I should have gone for the 4200ti, which is way more powerful and supports DX8!
So I went one step further, and got an FX5200! Not only do I get the 4200ti performance, but also full DX9 support! 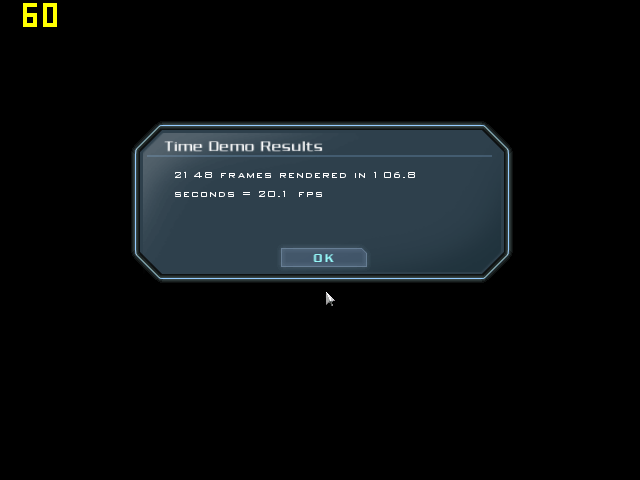 Never mind, Half-Life 2 is a way better game anyway, which now runs much smoother I bet... 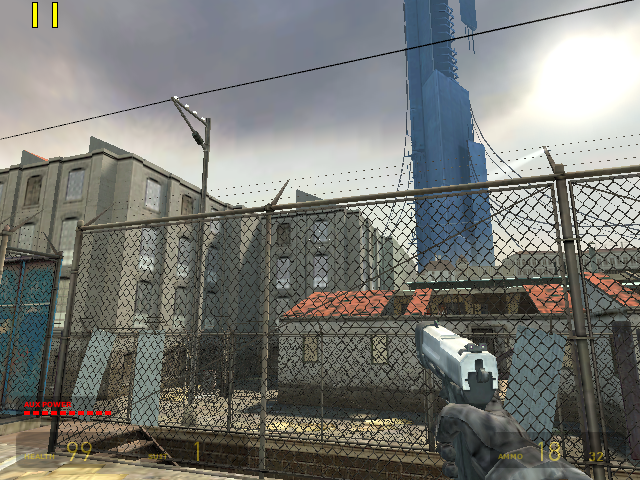 Oh COME ON. And what is this DX8 nonsense!? 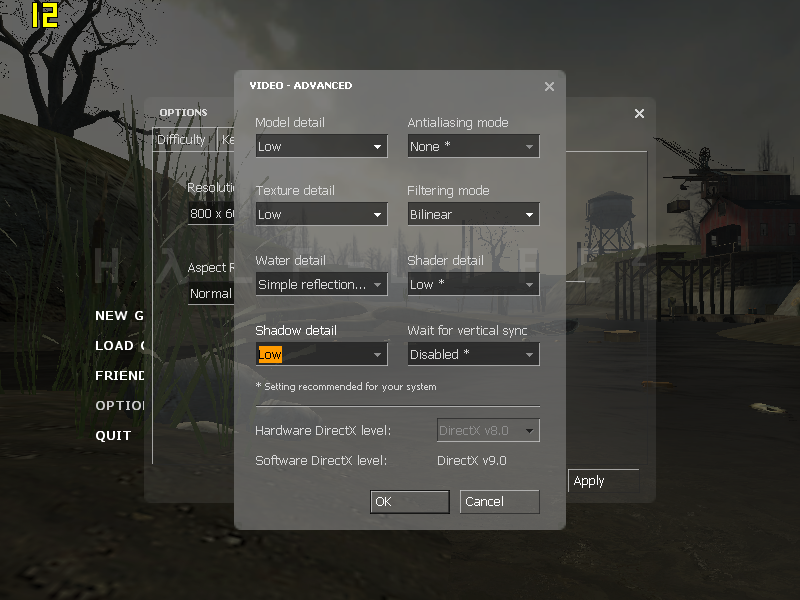 Obviously, we're being held back here...by the OS! We have 2GHz of power and 512MB of RAM, which means we are WINDOWS VISTA READY!

Since Vista supports DirectX 10, we need a card that supports it too. What better time to switch to ATI than with the HD2000 series! This 256MB HD2600XT will be a great edition to this build!

And finally, what better game to test out DX10 than the ledendary Crysis!

Aaaaand this is where I have to cut the build log short 🙁
Something about this motherboard and the video card does not match. I can boot up just fine, however it only works as a generic VGA device. Same in XP. I tried various chipset drivers and everything, but it doesn't want to work. Most likely the AGP bridge chip is causing issues.
I wanted to run Crysis maxed out in 1080p in DX10 for this bit, however you will just have to imagine an image of that yourselves 😁

Soooo....yeah. A Celeron, already crippled by 128K cache, crippled even more by SDRAM. I actually thought that this would perform a bit better, especially in Quake 3 engine powered games like Call of Duty and newer games that support SSE2 like Doom3 and HL2. It actually performed similarly as a Coppermine Celeron with a Geforce2mx on a PCI bus tested here...which is REALLY saying something.

🤣, thanks for that really made me smile! I honestly think those netburst Celeron's are the most hopeless, cynical and utterly disappointing x86 CPU's ever made. Can you imagine how someone must have felt "upgrading" from a 800 MHz PIII or Duron or similar to one of these rigs and finding that the shiny new power hungry and hot GHz monster then just spent a wodge of cash on was in fact slower! For shame intel, for shame!

Thank you for your very honest report , I never released this hardware was so good,
No way would someone who's been here so long would mislead us 😉

Love your style mate, always make me laugh
" Crime isn't pretty so its Ok I guess"

I moved from a Celeron 900 to a Celeron 2.4 with an FX5600 XT (with DDR though) so this hits hard. The Willamette and Northwood Celerons were atrocious.

I love it. This era of hardware was my favorite. Luckily I had more time to read about hardware than money, so I always had researched well what I bought. Was all AMD for that era.

I love it. This era of hardware was my favorite. Luckily I had more time to read about hardware than money, so I always had researched well what I bought. Was all AMD for that era.

In all fairness, MX440 wasn't all THAT bad, considering it was below 4200ti in price. Decent if you just wanted to play Counter-Strike and Quake3. MX460 on the other hand was almost the same price as a 4200ti.

Still would have been a way better choice to get a Radeon 8500LE at the time.

The MX440 was great. Famous all these years later as the best value budget card in history perhaps. The engine of the gf2 combined with the memory architecture of the gf4 was a winning combination.

I have to disagree. In my opinion, best value budget card in history is without a doubt ATI Radeon 9500. Possibility to get more than twice a performance (with softmod and OC) for half a price of its bigger brother is just unbeatable and we will never see something like that ever again.

I have that same medion mx460 in a socket A build it honestly is a decent card and runs the games I play on that system very well.

I have to disagree. In my opinion, best value budget card in history is without a doubt ATI Radeon 9500

yeah, but history shows it doesn't have as authorative of a slogan that the GeforceFX premiered with. therefore fx5200 > radeons that can't run the dawn fairy! Definitive Geforce FX for the superior Netbursters the only way it's meant to be played!!!

I have that same medion mx460 in a socket A build it honestly is a decent card and runs the games I play on that system very well.

It sure is a nice card to have today in a retro PC. Just like GeforceFX.

But a pretty terrible buy back in the day when you consider other available options and the pricing - Geforce 4200ti, Mx440, Radeon 8500 series, etc.

This. Is. Hilarious. I love the idea of this absolutely awful build with awful components chosen from a time when Intel and Nvidia were misleading the masses with their marketing. I was in high school during this era, so this generation of hardware is near and dear to my heart. I had a GeForce 4 MX 420 in 2002, because the $100 upgrade on my Dimension 4550 to just another GeForce 4 (Ti 4200) clearly wasn’t worth it.

In that era I had a Duron 700 ocd to 933mhz on a generic pcchips sdram board with a $49.99 brand new Matrox, for the money the Matrox was the cheapest on clearance though 3D performance was meh but still a million X better than my k6-2 450 with sis graphics

I stopped at GF4 MX460. Really, who must've angered you that bad to use that? /s