On a more serious note, I am actually using PATA SSDs on most of my retro rigs.

Such a thing exists? Why are we all using pata/sata adapters then?

They do, even if the manufacturers aren't the most widely known nor trusted. Ever heard of KingSpec? Sounds like knock off Kingston to me. Yet there they are, and I've been quite successful with those drives so far. Granted, I don't stress my retro rigs too much (wish I had the time for that), but the oldest one I've had for a couple years, and it has survived multiple reinstalls of Win98 (which, as you know, has no understanding of all things SSD, let alone TRIM).

Plus, they get recognized as "proper CHS" HDDs by just about anything (at least, the lowest I got to recognize it was a 486-VIP-IO board which happily booted off of one). "Just about" means YMMV, and of all the machines I have two that are finicky. One is a 386, which, I suppose, simply doesn't like large HDDs, as it would refuse "normal" HDDs as well, even if BIOS supports user-defined HDDs, but probably in range of a couple hundred Megabytes. The other was a 486 by DEC, and it would fail HDD inspection routine on those (as it would on newer HDDs as well).

So, in both cases I can't rule out that BIOS didn't like the SSD simply because it didn't like large drives, nor that, perhaps, their detection routines required some specific timings for specific low level requests, whatever they may have in their proprietary disk checks. Simply put, AWARD/AMI 486 and newer have no issues in my experience. Phoenix 486 and below - depends on luck. But so with any newer HDD.

Finally, I'm using one with XT-IDE on that 386, since its own controller would refuse anything large enough for my purposes, including a CF card anyway. Here's a pic of the thing: 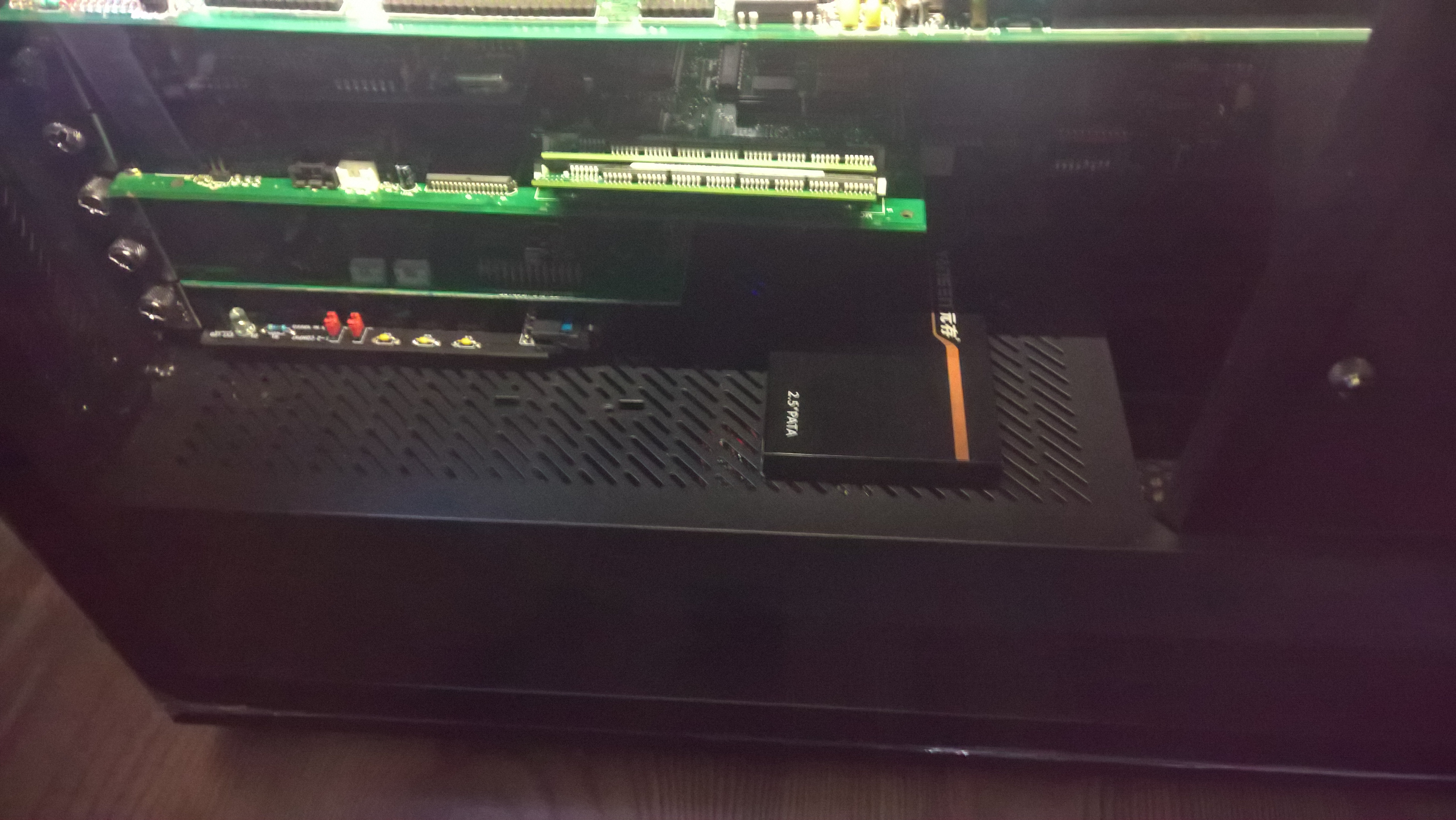 Oh, and those things seem to support all IDE modes starting from PIO (naturally, maxing out the speed for spec).

EDIT: Regarding Sata to Pata converters... I haven't disassembled these drives, so, who knows, perhaps that's what they still do on the inside, and then, aside from being Sandforce-based, there is nothing that would differentiate them from your typical Samsung Evo or the likes. But in any case Sandforce controller is a pretty big deal for a drive that is not going to have TRIM, at least in my book.