The Dell Optiplex GX series is a Windows XP Classic.
The computer everyone wanted back in the day.
This maybe the the computer that put Dell back on top of the home consumer PC market in USA.
Followed by the Dell XPS line of computers this started Dells ascension back into the lead of the home PC’s market in America.

Too bad these computer motherboards were plagued with cheap capacitors.
Ending there useful life early.

But these were great Windows XP computers.
My first experience with these computers was in a Print Shop were we used these computers to edit and write docs, flyers, forms, magazines, etc.
Everything a Print shop could do we did on these Dell Optiplex computers.

There had a 2.4ghz Pentium 4 CPU.
Up to 4gb of System RAM
ATI or Nvidia graphics cards.
The first to support large capacity Sata Hard drives.

These machines along with the HP Compaq ones are the epitome of the typical 2001-2005 Windows XP computer.

I remember when my high school bought these: 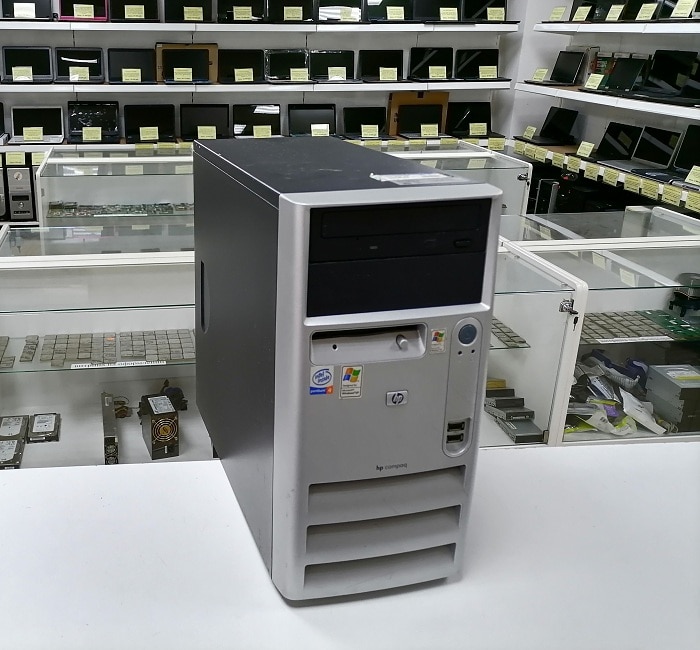 The smell of plastic, the sound the keyboard and mouse did, Windows XP running beautifully.. oh, I'm nostalgic now. Too bad I don't have enough space in my house otherwise I would definitely buy one!

We had one of those Compaq computers but it had IDE hard drives making it run slow.
Also I think it only supported up to 2gb of System RAM
It had a fast Pentium 4 CPU but other features of the motherboard limited its ability for perform well for Windows XP.
It had a SLOW hard drive too.

not necessarily the best spec, but just the ubiquity of such machines in offices, schools, homes at that time

I have one GX280 with a P4 3 ghz and 2gb ram, also had to replace the caps, but like in almost every DELL computer between 2001 and 2009.
Apart from the caps, it's a great computer for XP, another problem is the power supply, also bad caps and low power for a P4 Prescott and a powerful graphics card from that years, I've used newer a graphics card than the computer because of power supply.
The CPU cooler does a great job with a Prescott CPU.
And I like that case a lot, it's heavy and sturdy.

Dell Optiplex or HP Pavilion was the choice for most home PC users in USA.
It was a Love/Hate relationship between Home PC owners and computer manufactures warranty and tech support.

The CPU’s and RAM was good and fast enough but other features of the computers made them unreliable and slow.

Thats why many Americans turned to building there own computers. Selecting the components they wanted instead of
Buying a prebuilt computer.

Hyper-Threading! Let's don't forget about Hyper-Threading! 😁
It paved the way for applications that could use multiple cores!
Long live the Prescott! May the sound of its fans last forever! 😁

I do. I use Linux instead.

Seriously, I did like XP and I keep it the hard drive when I put Linux on these machines, as a dual boot. Also, I still have a scanner that I use that only works in XP.

Interestingly, there is a Linux distro called Q4OS that can be set up to look exactly like XP. I use that Linux to access the Internet and go back to XP when I want to use some productivity program or my old analog TV program.

I have two of these Dell systems. I think one has bad caps. The other still works, but is the first P4, a Willamette.

P.S. That is a very cute kitty in your avatar.

Yeah, This Dell Optiplex GX270/280 was very popular some years back with retro gamers.
They would use these as Win98se gaming computers.
I purchased two of them with additional NEW motherboards just incase mine went bad.