Is DosBox a good way to recording Audio?
At the moment,I'm capturing Audio with DosBox..
I get .WAV file at 1411 kbs 44. khz sample rate
I heard about OBS, but is too complicated for me compared to Dosbox
here's a scan of the audio spectrometer 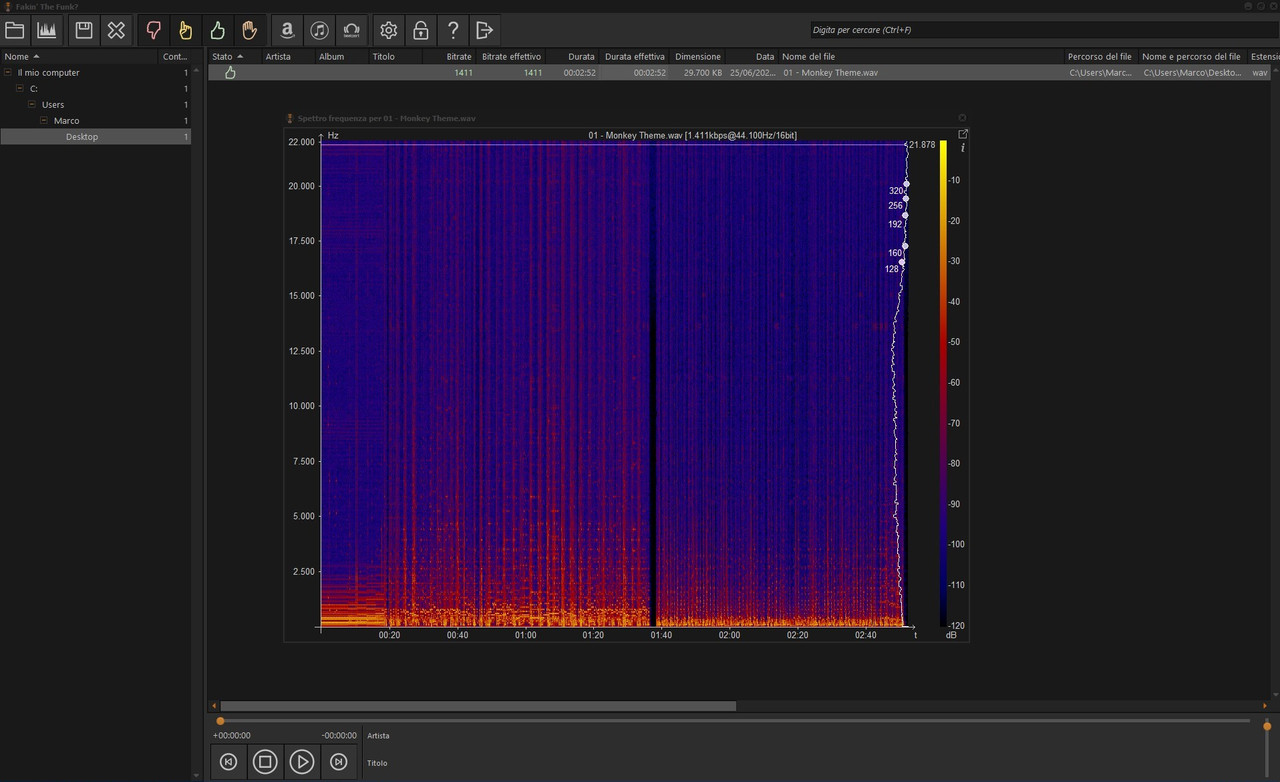 if it works for what you want to do then: yes.

Not sure the specifics of what you are trying to do, but what I do is just use the old Wave Recorder Studio with my SBZx I have installed and record specifically from the Line in if using one of my external midi modules, or just the default speaker selection if I want the actual sound coming through it. If I need both the sound that DOSBox is emulating for SB sounds in a DOS game along with an external module, then I use the mixer selection of What I hear so that everything coming through the line out off my sound card is then recorded.

I then either use Wave Studio or Audacity to edit further if needed.

Crossbow
Thank you Man..i Will post as soon as possibile in order to explain what I Want to do...Sorry for My English..

You can also save the opl command using ctrl shift F7.

Playing this file with a player that uses adplug (foobar2000, audacious for windows, andplug for android) allows you'to choose the sample rate.
AdPlug uses dosbox opl emulator so it sounds exactly the same.

DRO files only require some 10s of KB of space.

I used to record to wav too but switched to DRO.

In addition: you can edit the DRO files using DRO trimmer.

Why are there two threads about this?
AdLib vs Game Blaster

For getting highest quality of the wav, set sound blaster to 49716, because this is the value used by real hardware. (dosbox.conf)

Also set mixer to this value!

For editing the wav I recommend https://www.audacityteam.org/

You can compress the wav lossless using https://xiph.org/flac/

A good player for flac and DRO is https://audacious-media-player.org/

Hi jessica,thank you very much
I have audacity and I use it for cutting track audio e add effect like fading
I got .wav

I set DOSBOX in this way

I'd like to try Nuked OPL3...What I have to do for Installing?

I don't know anything about Nuked OPL3 and never used it

For recording level music of for example Heretic, Hexen, ... (or any FPS) DRO has the advantage over WAV because DRO only captures the OPL commands, so it will only capture the level music.
If you record to WAV you record everything including the sound of the enemies, ...

So an easy way to record level music (if you want it to be WAV format):

- record using DRO
- export the DRO to WAV by using for example https://audacious-media-player.org/
(use the filewriter to export to WAV)

Recording it directly to WAV in dosbox would be much more difficult. You have to disable the sounds in the game (if even possible) of the enemies, ...