It was an ebay auction so it was tense until the last second, but i managed to grab this beautiful 6800GT for $62.62 .
The seller took good care of it by cleaning the card, reapplying thermal paste and doing excessive benchmarking before the auction. 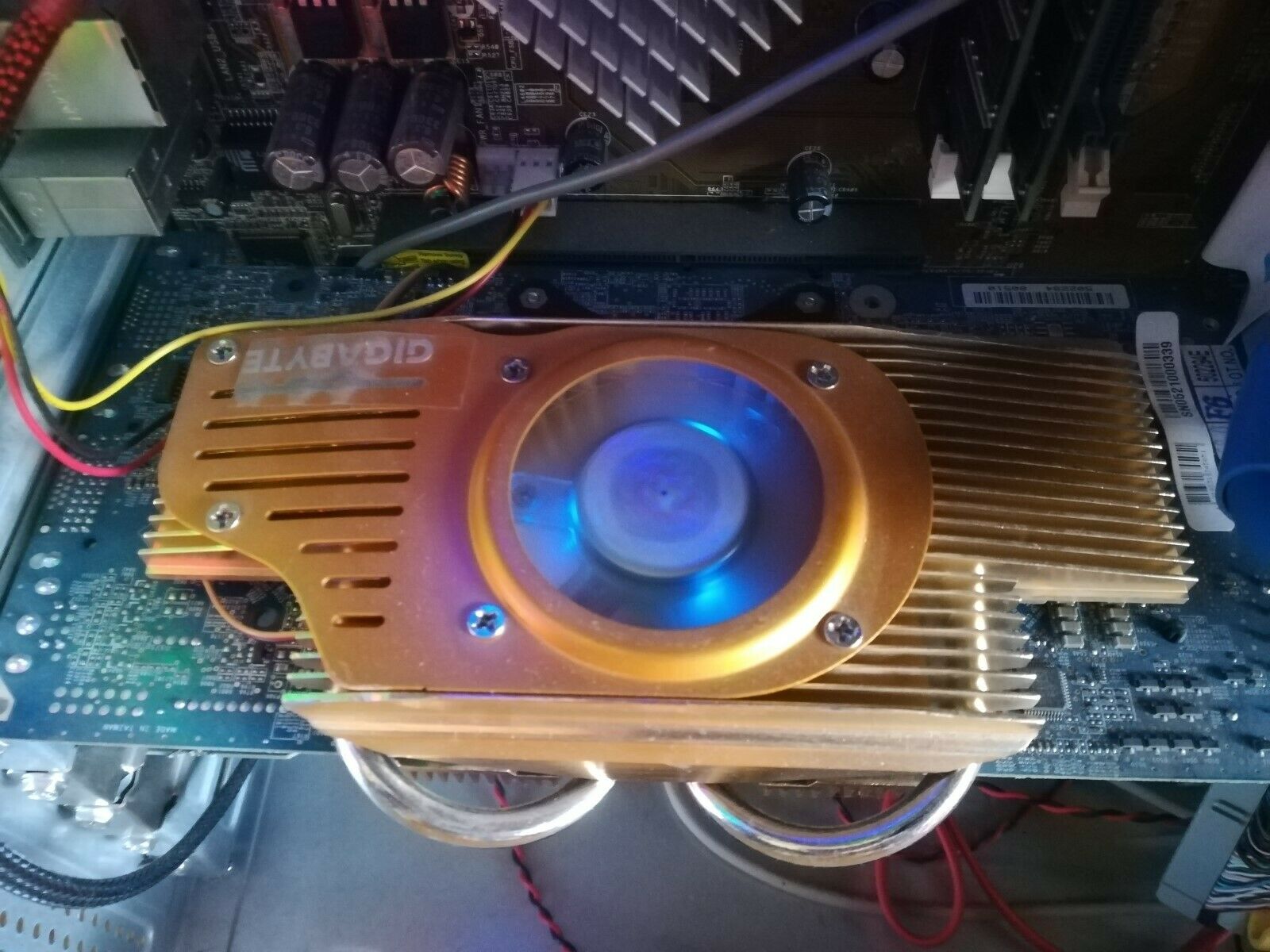 It is the GIGABYTE 6800 GT AGP version with 256MB of VRAM (GV-N68T256DH) , i have done some research on this forum beforehand and from what i saw this one does not contain the bridge chip.
While i know the nvidia drivers can cause some issues with hangs on shutdown i read people having success with the card under Windows 98, yet this card supports Shader Model 3.0 and is officially supported by the Nvidia Driver. It will be used in my planned TimeMachine build where i aim to get a system that supports the widest range of games i can get away with.

Which should make it a neat PC for the mid 2000's while retaining compatibility with MS-Dos and Windows 98 if i use some memory manager tricks to limit the visible ram the OS gets assigned (HIMEMX + Rloew Patch) combined with some slowdown utilities.

Edit: Seller accidentally listed GV-NX (PCI-E model) corrected the post to reflect the actual model of the card since it is the AGP version.

That looks just like the Prosignia and Deskpro XL CPU boards. They really reused that architecture quite a bit.

Funny thing I got a processor card today for compaq XL 5133 too. Been looking for one as I have other parts (slots board, and dead PSU) coming in to go with it.

Will do, its a long term project so it will take a while before its done.
I do still seek a good atx horizontal case so if anyone knows a fitting case i'd be all ears.

Interestingly, I managed to find a couple of PPro processor boards for the XL today. They are unsocketed so I’ll need to find a PPro CPU in order to try them out.

Its a nice card Henk.

I have one, but the fan on it is really noisy, so it sits in the box ready for the next benchmark run 😀

If you are also in the european region perhaps you where the guy making the last minutes quite tense 😁
I could tell the other person bidding was an enthousiast.

Bought a motheboard based on rather uncommon Socket 5 chipset - VLSI SuperCore.

Soon to be added to my Early Pentium Chipsets survey. As soon as I figure out the power connector pinout. 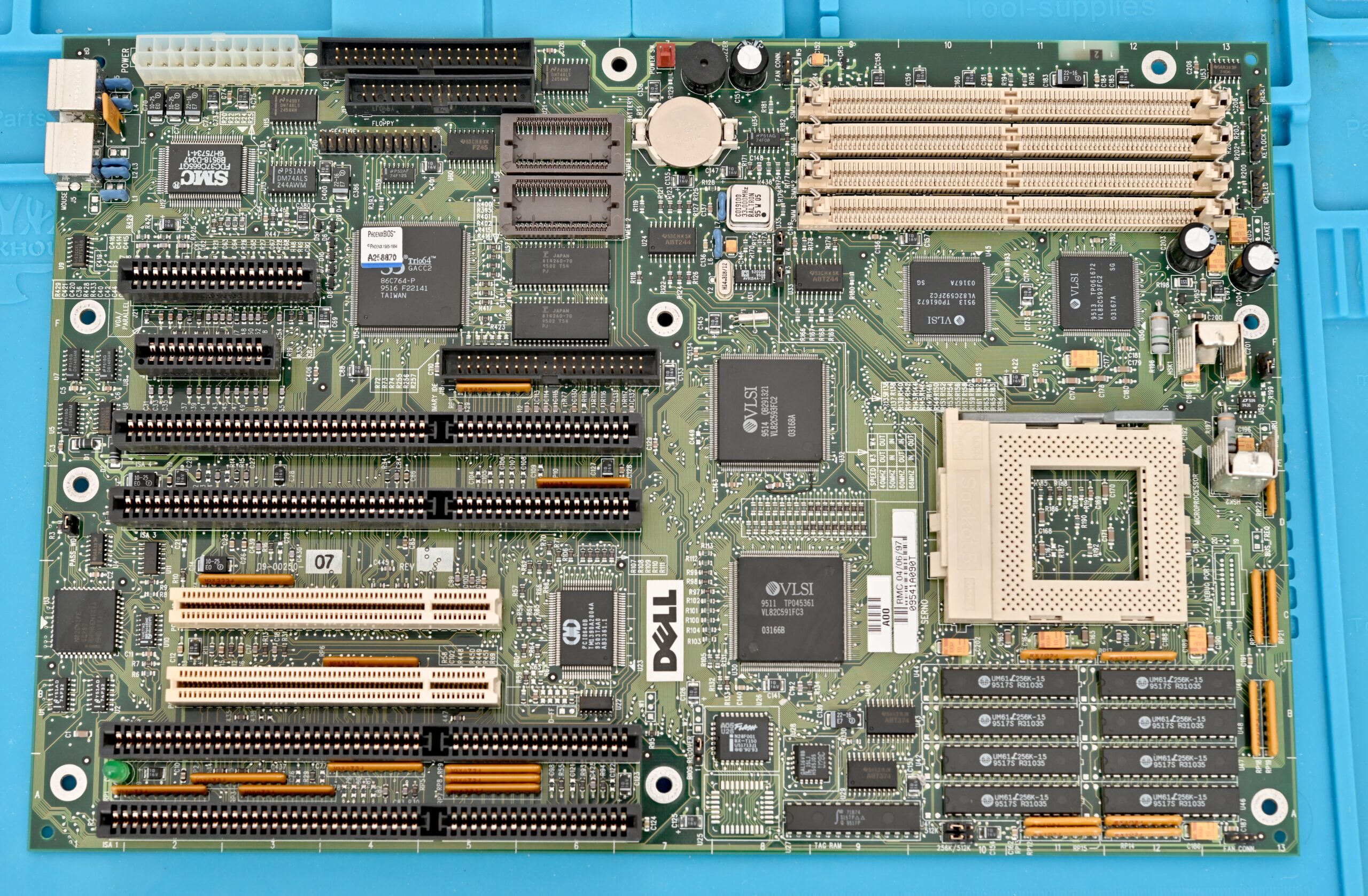 The CFIDE adapter gave me trouble at first as the PC would recognize it but not boot from it, but hddclear got it working. I ended up mounting it right below the 3.5" floppy drive for easy access.
I set up a simple startup menu to enable/disabled the CDROM, which gives me just over 600k without CDROM... so I can run Falcon 3.0 without a boot disk!

Here it is all up and running playing one of my all time favorite games: 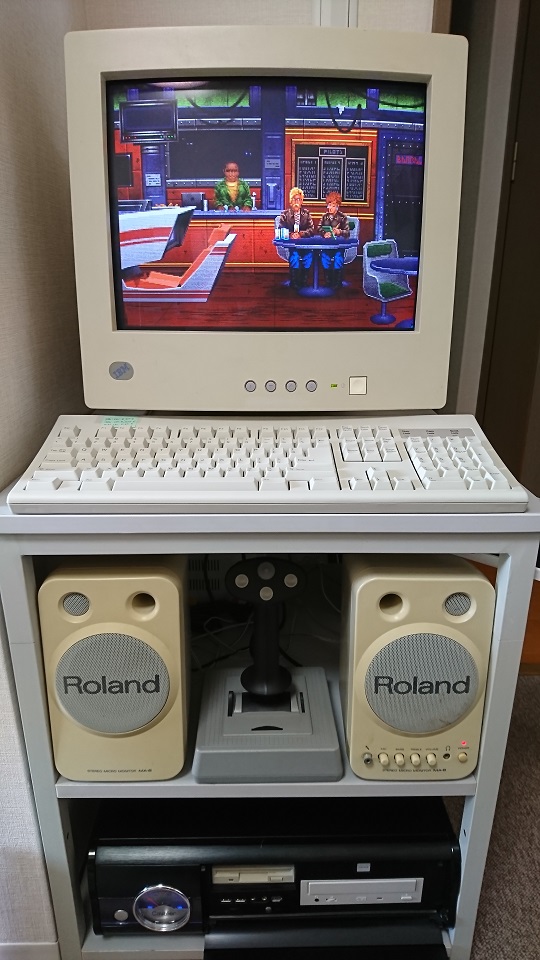 I always wanted Pentium Pro, but it was bloody expensive. I just had to get one or two in this case.

Hope I get it working, did not test anything so far...

Then I got a backplane to test my SBCs for a much better price:

Accidentally posted this in the modern hardware thread instead, as I had both this and that thread open in different tabs, oops!

Got this C64 short board today for €27 + €7 shipping. I saw it for sale, and decided to bid a little, and got it for this nice price. The seller hadn't tested it, they noted the power switch was busted, and they had initially gotten it to try and refurb. However, due to a lack of time and skills, they decided to just sell them on. I got it, because I still wanted a second 8580 SID for my beloved childhood C64G (it's like the Aldi model, a Breadbin with the short board and a beige keyboard, although this one uses flat, cheap badges instead of the normal, thick ones). I was hoping most chips would be good, so I could snatch the 8580, and just flip the rest to make back the money, if not make a bit of profit (although I'm not going out for big bucks, I'll offer the ICs up for bidding once I have properly tested them).

Checked the switch, and it was stuck in the on position. However, only one of the power rails that it shorts in order to turn the C64 on was shorted, the other was still essentially off. So I just shorted that by adding some solder to both points and joining them up, permanently setting it in the on position. I first powered it on without the SID and VIC II, to test the voltages with a DMM, which were fine. With the VIC II in, all seemed well. Then, I put in the SID.

My heart sank as the C64 would black screen with it. I quickly dug out my C64G, pulled its heatsinked 8580, and dropped this one in. Hooked it up, switched it on, and... it worked. Loaded up a few tunes written for the 8580, and again, all seemed well. Running the SID Tester program as seen in some of Adrian's Digital Basement's SID-related videos, all the tests came out fine. So, something else is wrong with that donor board that's causing it to not boot with a SID installed. I'm hoping none of the more rare ICs are at fault, these short board's Sharp "SuperPLA" tends to be way more reliable than the original MOS PLAs, and I don't necessarily think the CPU or VIC II are at fault either. Oh well, I will have to experiment some more, although this board annoyingly only has the VIC II and SID socketed, with all of the other main ICs soldered down, and that whopper of a PLA with its DIP-64 package is especially daunting to remove. We'll see, I think I should be able to make back the €34 regardless, and if I do make a bit of profit, put that towards getting some Dual SID boards made. 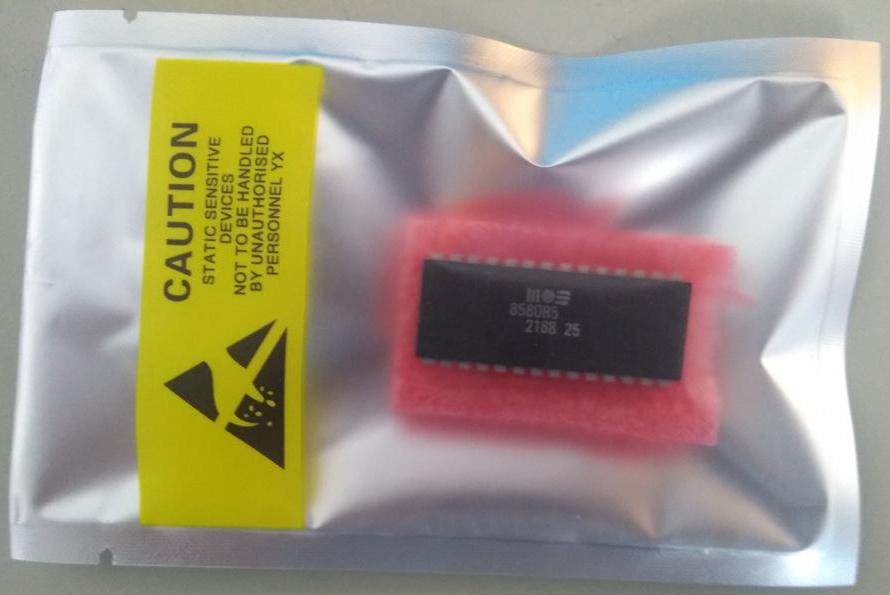 Next, I also got this unusual Gigabyte GA-6VA7+ Socket 370 board. It's unusual, for being a Baby AT format board with this socket. I initially paid €20 + €6,75 shipping for it, but the seller got back to me as while packing it, he noticed one of the DIMM slots was busted. He offered to either fully refund me, or, if I wanted, he could also refund me the €20, and still ship it out. Given this board's obscurity, I opted to get the €20 refund and still get it. It arrived with this bracketless Realtek PCI NIC, two DIMMs (one 32MB, the other I think is 64MB), and a bunch of bent pins and caps. Two caps appeared to be bent enough to have the legs pulled out from the cap, which I bent back, but figure are just toast by now. They're just G-Luxons though, given I had some of those puff up and leak on a cheapo ECS VIA S370 board of the same age, it's no big loss. Hopefully it'll still work.

Given it's an obscure board, I plan to do an obscure builds of sorts if it does. Now, this board will support Mendocino Celerons as well as Coppermine Celerons and Pentiums (up to 1GHz) as per the CPU support matrix on the page for this board (Gigabyte surprisingly still has that online), but it appears to do VIA Cyrix III CPUs too. One of the BIOS files on the same page mentions it's been patched to properly display "VIA Cyrix III" in the BIOS, so that means it should at least support Samuel core C3s. I figure one of those, with an obscure GPU and sound card, in an AT case, would make for an interesting build. It's something different from the typical Intel/AMD/3Dfx/NVIDIA/ATi builds. Maybe an S3 MeTaL API card would be an interesting pick, even if it's likely somewhat bottlenecked by the CPU. For soundcard, I'll see what a good pick will be, it definitely will have to be something different from the typical SoundBlasters and such. Maybe PCI, maybe ISA, not sure yet. 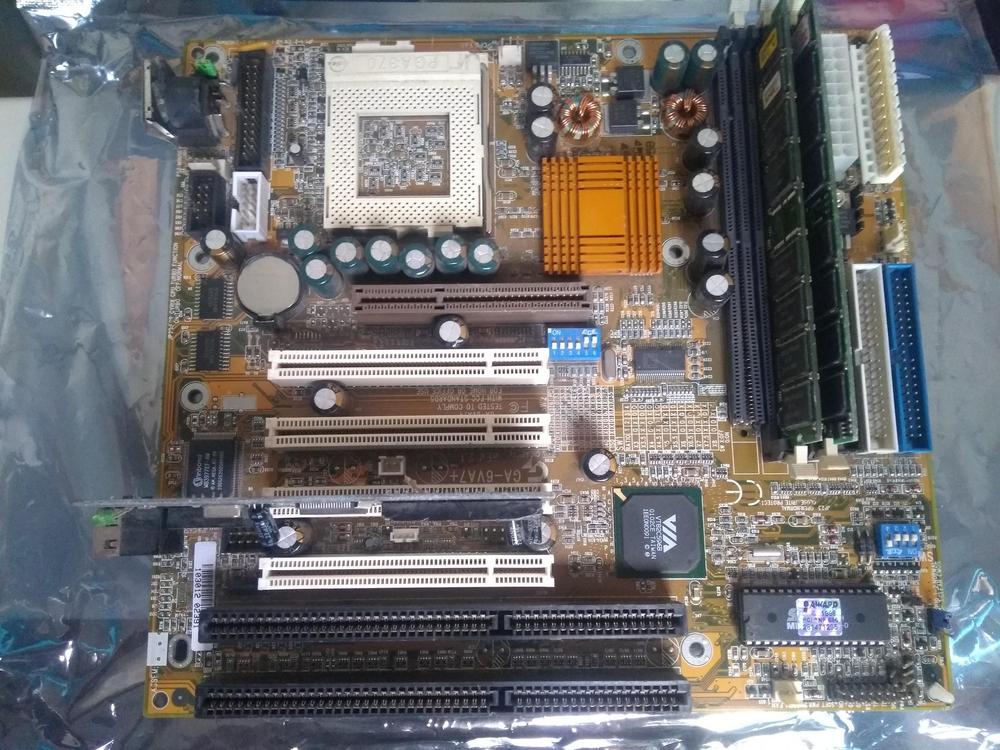