is $155 for a shipped clean Roland SC-55mkII with remote considered good?

just got the list below for the equivalent of 20 EUR... this week-end spells play-time 😏

Anyone here with an extra Asus for socket3 (preferably VLB, not PCI)? 😁

Asus is awesome, no doubt!

I wasn't aware that did 386 boards already though!

Asus is awesome, no doubt!

I wasn't aware that did 386 boards already though!

That 386 mobo is pretty late, Asus first mobo was a 486 mobo which I'm pretty sure is this one (from my collection): 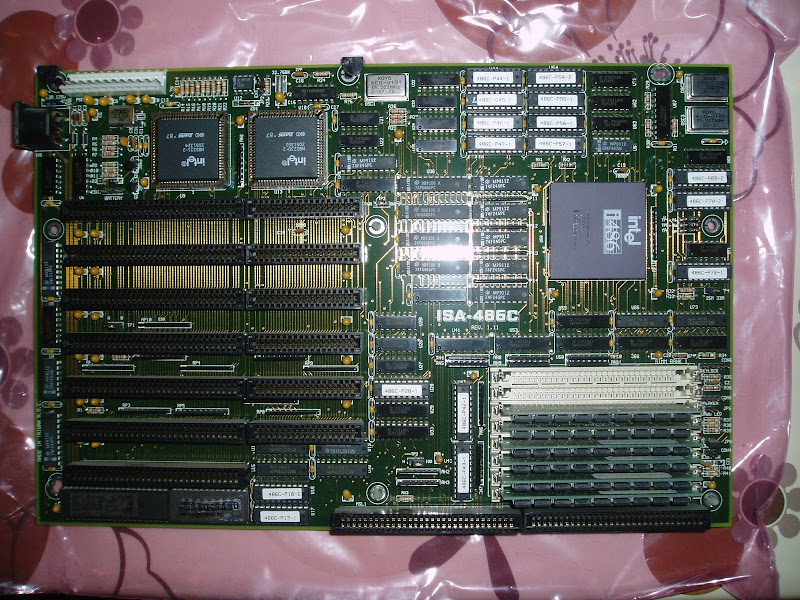 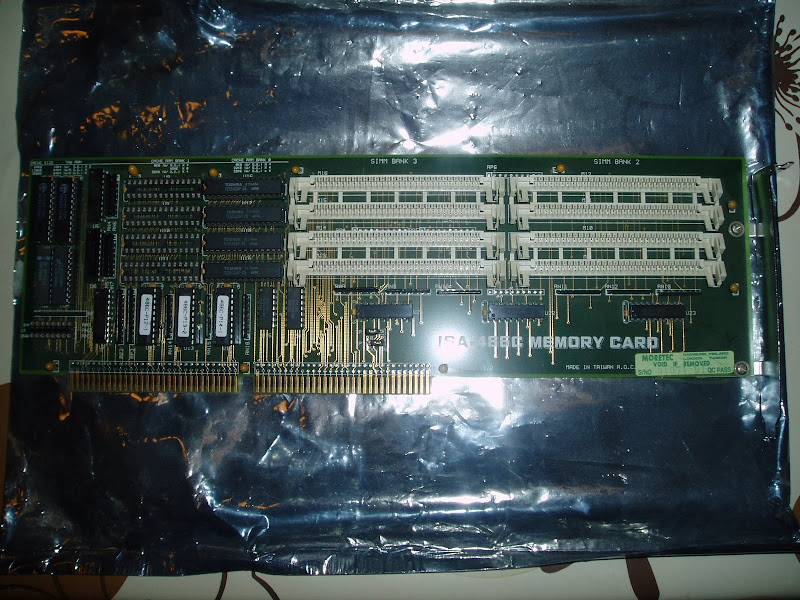 Anyway, here it says that 32MB is maximum on-board memory - it reaches 64MB with the extension board (given the lot of 4MB SIMMs I got, I should be able to test this):

Today was another good day for gathering old stuff... got for free several old pieces, among which the most interesting (for me at least) would be a Goldstar-Prime-2-based VLB controller, a TGUI-9440-based VLB video card and especially a Pentium Overdrive for 486.

When I get home I'll have to figure out how to take the fan off in order to identify it (63MHz or 83MHz)... although the guy I got them from told me he used it instead of a 486DX4, so I could assume it's the latter (33MHz bus).

Not exactly hardware in the typical sense, but interesting non the less.
Windows 3.11 on CDROM!!!

I have a hard time believing that's genuine

I have a hard time believing that's genuine

Then don't believe it?
It looks genuine to me 😜

Where'd you find that? they seem very rare... The Gravis Gamepad isn't too exciting on the surface of it. One interesting thing about it is that it has switches so you can reverse the controls (if you were left handed you could hold it upside down for example). I mainly wanted it because Apogee games used to pimp these things back in the day. Several of their games mention the Gravis Gamepad in the help file or even in the in-game help screens (Blake Stone for example). The box has been opened but the gamepad appears brand new (still has a serial number sticker on the back, very clean).

The sound card is a Media Vision Thunderboard, basically just a sound blaster clone, although some Sierra games support it directly. Funnily enough I remember having trouble with some sierra games and a Sound Blaster and one of the suggested fixes was to try the Thunderboard driver instead....

The most interesting though is the Sound Blaster version 1.5, brand new in shrink wrapped box. I originally was going to whack this in a 286 that I'm working on - I've even ordered the CMS upgrade chips... but now I'm not sure if I should open it or not 😳

If you decide to open it, then I'm curious to what cd's are inside it.
I have the same box, but only the box (it was empty when I found it).

I'm really in 2 minds about it though 😒

If you decide to open it, then I'm curious to what cd's are inside it.

You mean floppies? My SB Pro came with floppies --it was before the era of the CD. 😁

If anybody is interested in CMS chips for the Sound Blaster 1.5.

I'm really in 2 minds about it though 😒

I bought a shrink-wrapped boxed AWE64 on ebay. I opened it, and it was full of junk. Someone had just resealed it, having first removed the goods. I wonder if you could open the box, check its contents including a quick hardware test, and find a way to reseal it. I wonder if "box resealing kits" exist, on ebay perhaps?