I know this is a tad overdue but THANK YOU! My board finally has been modded with a CR2032!

Picked up this TOP853 on eBay, has only been used twice and is virtually new in box. Looking forward to repairing some of my motherboards and graphics cards, plus dumping some ROMs using this.

Not exactly vintage in itself, but will be used extensively for Vintage purposes. This is one of those gadgets, like a 'scope, where you reach a certain level and just need one. Actually been searching for a good priced one for a long time.

It is AST Advantage Explorer.

Unfortunately It does not start with anything inside self pcmcia slot (probably it supports very old pc card format), so that why I need to use LPT adapter instead of internal slot.

I think I asked you the same question already in the pcmcia sound cards thread some time ago...

Could you take a picture of the ram expansion port?

I'm not sure of the OEM, but it is apparently an "Eng. Sample." NSSI recognizes it as a 1MB Tseng card. It works perfectly, and the colors really pop.

I just received this. It's in a sorry state. But it was almost free, so I took it. I don't even know if it works.

it was almost free, so I took it.

Honestly those are the best aquisitions, imho. And if it doesn't work, making it work is SO satisifying.

I'm not sure of the OEM, but it is apparently an "Eng. Sample." NSSI recognizes it as a 1MB Tseng card. It works perfectly, and the colors really pop.

That's cool. Looks like a very early VLB device. I have ET4000AX of about the same age. But that's a pre-VESA local bus implementation.

it was almost free, so I took it.

Honestly those are the best aquisitions, imho. And if it doesn't work, making it work is SO satisifying.

That's cool. Looks like a very early VLB device. I have ET4000AX of about the same age. But that's a pre-VESA local bus implementation.

I have what I believe to be the production version of this card on the way. It even comes with a manual and drivers, so I should know more about its branding soon. I think it is a "generic" OEM and not one of the big-name companies.

Could you take a picture of the ram expansion port? 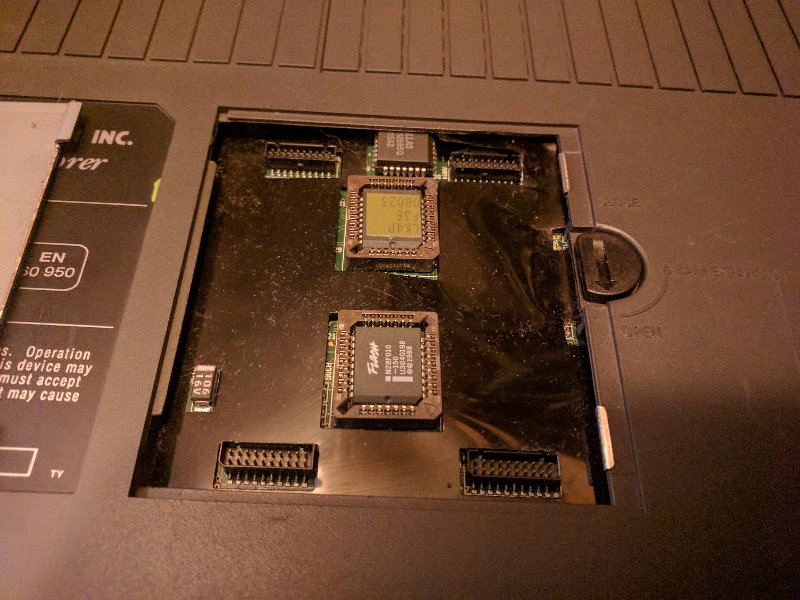 Well, I won this strangely, and possibly Tandy 1000 compatible LightPen on E-bay today. No real basis except that it uses a DB-9 female port and I have enough electronics skills to backup actually figuring out the pinout and looking at the circuit. I'm kind of hoping it's one of the "Warp Speed" light pens - the connector looks right and it looks like some documentation pictures - and I have the software from some experiments. Will check the pinout first - since I have the Tandy's pinout for the lightpen port written down in my desk from my experiments last summer (where I almost make a working one but was having trouble with tracking being very consistent or working at all).

Saw this ARK2000 Card for a very cheap price so decided to grab it. 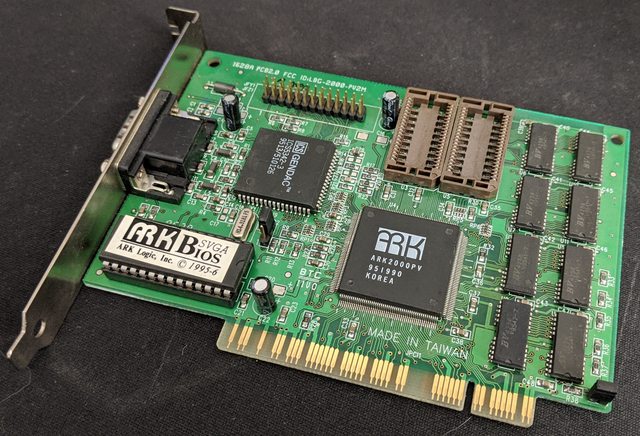 This came in the mail today: It was listed as untested/not working and I got it for a steal. Sadly, it's got one of the "hanging note bug" DSPs.
Even more sadly, it doesn't seem to output anything on the left channel. It might just be a matter of applying some contact cleaner to the speaker OUT jack, but since it's got the hanging note bug and since I use external MT-32/MIDI I'm not really inclined to replace my AWE64 just to get better FM music. I'll store it away for now and revisit it at a later date, once I eventually get a dedicated MPU card clone, etc.

Today I took the time to make a short test of my 68020 Turbo-Card:
Sellers Picture:

But I have to admit I had to close J303 to disable Fast-Ram...without that an error appears.

Same on my models, except I have the 4M ram expansion in each, and somehow I have one half of the 16M expansion.

Got this macintosh Color Classic today. Seller said the condition is unknown. Usually when I see that said, I assume the seller knows it's broken. So I sent him a real low offer, and to my surprise he accepted. This time it was nice exception, it booted right up.

Seems quite dirty, but everything is intact. No cracked plastics or anything, no big scratches, no burn in. It isn't even yellowed. Some sticker glue residue in couple of places. I think after good cleaning this will look really nice. Now only if I had mouse and keyboard for this 😒

I like this plug and play motherboard, slides right out of the case.

Screen has slightly darker area in the upper right corner. Other than that, it is really sharp and good looking. Seeing that it has finnish language operating system is nice.

ADB mice and keyboards are expensive . There is also this https://www.bigmessowires.com/usb-wombat/ , if you want to use USb peripherals instead . Less authentic, more practical , IMHO .

That CRT might need to be degaussed, also, I'd recap the whole machine if I were you, some compact Macs were known for suffering from leaky SMD capacitors.

On top of my head I know that the following compact units are affected (I'm excluding the other Macs) :

The older (128K, 512K, 512Ke, Plus, Plus/ED, OG SE and SE FDHD) could benefit from a analog board recap and the replacement of the axial caps that they use (which didn't go bad as much as the SMD shitcans used on later 68K units).

Also careful about that PRAM battery, these are known for exploding and often taking the logic board with them.

Got this stash delivered today.