Oh no sir, this will be going on the hardware giveaway thread since it works fine and someone might like a project like what you speak of.

I have recieved these goodies the last couple of weeks. Everything except the Amiga500 trapdoor ram is brand new.

- Rom switcher that can be used for both audio equipment and Amiga's.
- 68030 40mhz CPU that can be clocked at 50 without heatsink.
- Amiga 500 512kb memory upgrade for the trapdoor.
- Speedlink controller for RetroPIE or Windows/Linux/Mac gaming.
- Various bits and pieces for repair and to create kickstart relocator with ribbon cable.

Will be getting one of these from Santa since you say you really like it. Will be for my Pi project as well.

Will be getting one of these from Santa since you say you really like it. Will be for my Pi project as well.

Close to, yet not 100% identical to a real Ps2 controller. Buttons are close to 95%, weight is a bit lower and it fits better in my hands than any controller I have tried. It has a long wire and has excellent response when pressing the buttons. If a Ps2 controller was 10/10, then I will give this 8,5 to 9 out of 10.

In between figuring out what to do with the big pile of stuff I picked up last weekend (a local computer museum was interested in the Tulip and IBM PS/2 systems, so they're getting a donation, 3/4 of the rest will be picked up over the next week or two, including an opportunity for a few beers with an old friend) and the unexpected and unwelcome news that my car failed the local MOT-type test giving me a week to find a replacement, I still found time to go pick up a piece of hardware offered very locally - three stops up the metro line: The original Diamond Monster Sound, with the 2MB MIDI daughterboard.

Elpina Vx Pro but not PCChips? You need to repeat your PCChips 101, because you just failed 🤣

Yeah the motherboard layout and revision silkscreen placement were giveaways.. I backed out of the deal - not worth the time to repair considering my stock of Socket 7 stuff.

The mystery AT machine I ordered showed up today.

The person selling it apparently didn't really know what slots the motherboard has.

It is a socket 7 motherboard with 4 PCI and 3 ISA slots and an IBM 6x86L P166+ (133Mhz) CPU
It also has a 256KB Coast cache module.
The Dallas chip is dead but it is socketed.
It also supports PS/2 but it is not accessible with this case.

The sound card ended up being a CT2900 - Sound Blaster Vibra16s with OPL3, a waveblaster header and IDE that can be disabled - definitely a neat card that I didn't have a copy of yet.
The Video card is a Trident 9680.

The case is pretty nice as well.
The motherboard tray is removable and it has a 3-digit LCD display.

Hell, any AT case in half usable state is worth a look in these days.

Lack of yellowing, dirt and surface rust is simply an unexpected bonus now.

At least VGA has all its SOJ RAM ripe (socketed) for harvesting. 🤣

Here is most of the lost of "scrap boards" I received today. About $3.30 for each board including shipping if I just count the motherboards.

The really old boards are: 2x 8088, 1x NEC V20, 1x 80286 -12
The board on the bottom left is dead I think. The CPU socket has burn marks in two of the pin holes and is missing the BIOS. Guessing somebody put the CPU in the socket the wrong way and powered it on. (I never had that happen to me.... 😊 )
I did get one board configuration I was wanting... PCI/ISA/VLB woohoo!

Most of these have at least some corrosion from the barrel battery. I think most will be salvageable.

I actually really like that daughterboard! It's got a raw, rough-and-ready sort of a thing going on which I like for those rock-ish sound tracks in DOOM, Duke3D, etc. I've long since ditched the sound card but still have the DB 😎 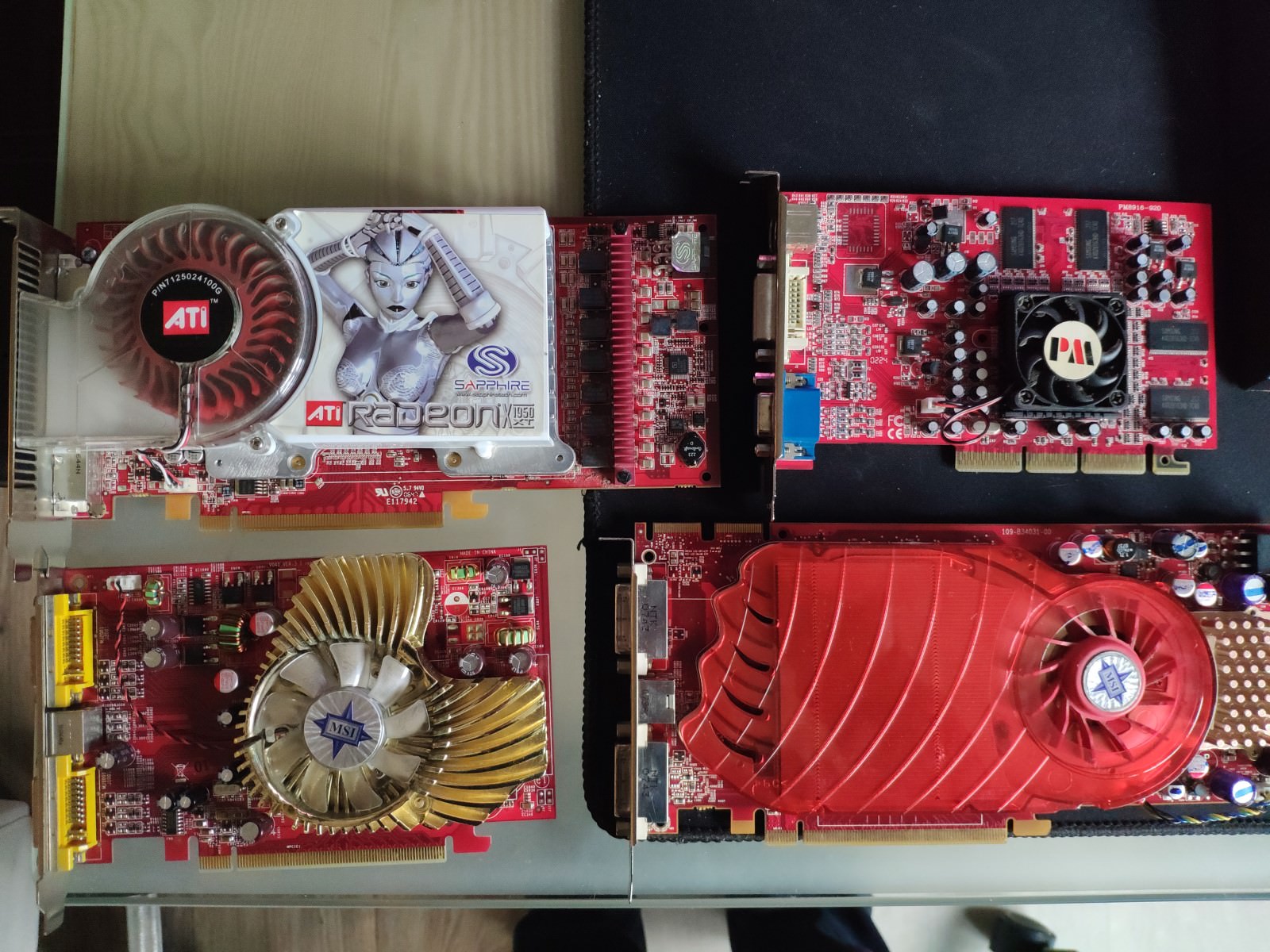 The local thrift stores are usually a bust around here these days. But today after months of drought, there was a small stack of graphics cards lying around.
Snapped up all of them for 13,- Euros. The radeon 7500 AGP looks disgusting and is in dire need of some deep cleaning.

Oh SHIT that Powermagic 7500 reminds me of the Powermagic Radeon 8500LELE that I used to have in 2001! The memory rush, the feels! Ohhh..

^^very nice cyclone3d, let us know if you get the XTs running!

I received today (no picture of the 10kg scrap above it..):

Somebody sees why this is not working - I hvae no idea?! 😵 Unfortunatley didnt notics this on the sellers photo...

This one is better and powers up:

No use for this one but I like this kind of cards:

Somebody sees why this is not working - I hvae no idea?! 😵 Unfortunatley didnt notics this on the sellers photo...

I didn't know a single TMU version of the Voodoo 2 existed.. 😵

Recieved this Amiga500 Trapdoor cover/lid in the mail today... (Need some good cleaning)

So i picked up a PS/1 (another one). I already had a 386 one, but wanted the original 286 one. dallas RTC is dead as expected and the floppy is malfunctioning, but it's a nice system to have.

ordinarily, not a big deal. however, see if you can spot what it came with.

We are a happy Yamaha XG family. 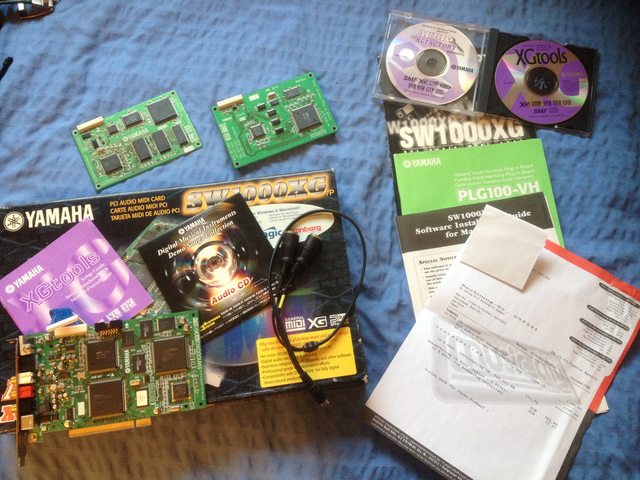 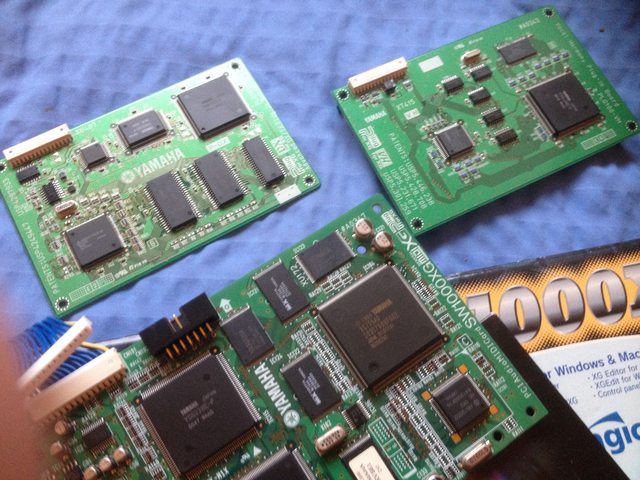 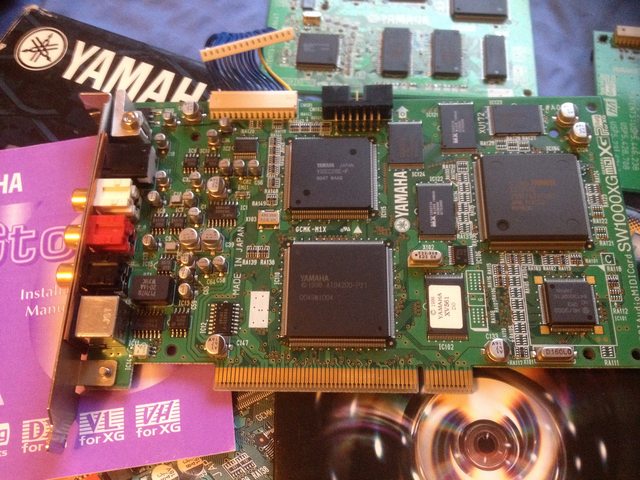 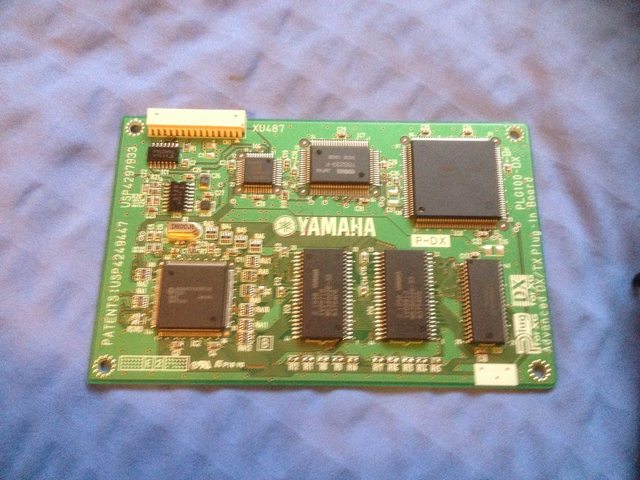 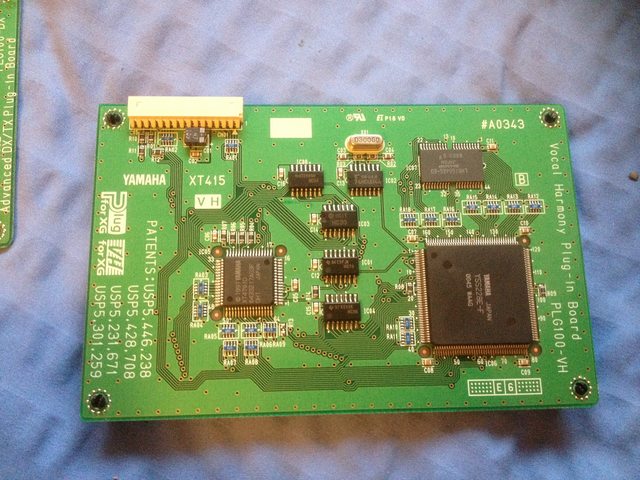 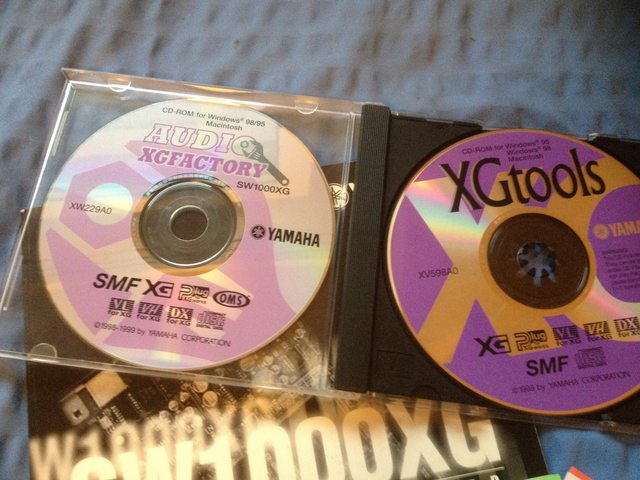 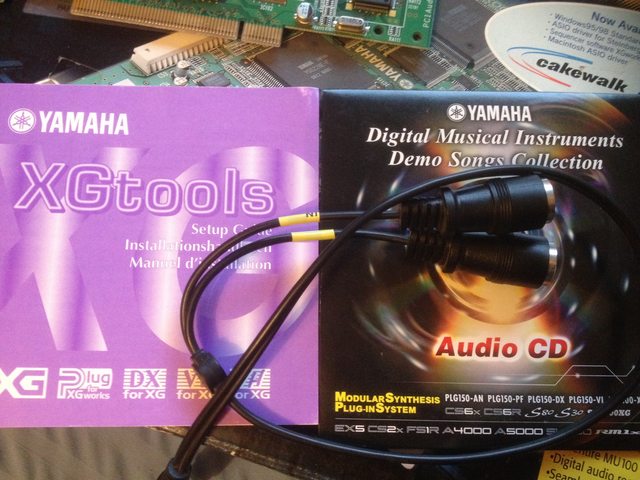 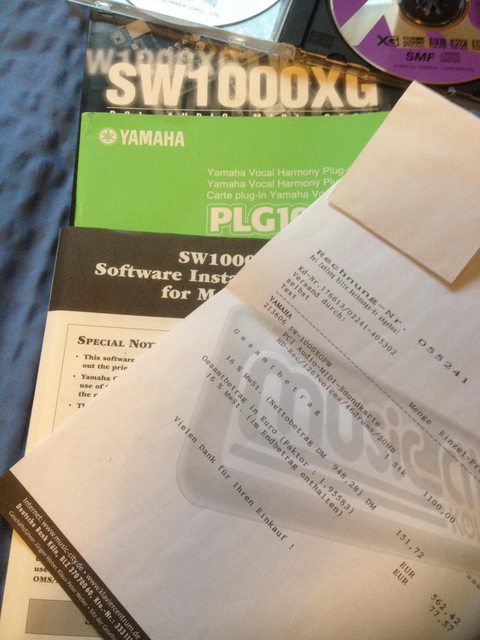