I have a couple of those, they're excellent boards.

I've found a great lot on a local ad :

A bit of everything in that box ... IO cards, some NICs, sound cards, AT psus, etc: Some Syquest drives, a 4x or 2x CD-Rom drive (can't remember which speed) and two dead ST277R-1 (one might be fixable): A ton of old ISA video cards (many CGA and VGA cards): Here's a closer look at some of them : The boards with the 486DX4 and the Ti486SLC are still ok 😁 (for other boards I'll have to find their bios because for some of them it's been removed. Some boards are missing some more components ^^ and all will need a good cleaning !!)

Nice haul; your 80's video accelerator looks like a SPEA Graphiti HiLite 1024 TIGA add-on accelerator - wish I could find one like that.

Indeed ! Now I have to think of what to do with it

Wow Deksor, that is a bunch of stuff for very little $ !!!

Care to measure the length of that thing?

Recently won an Ebay auction on a Creative CD-ROM Upgrade Kit, brand new and sealed in-box. This will go well with my new(ish) 386 build.

Pic of installed drive: Re: What retro activity did you get up to today?

Wow nice one. I love the look of these old creative drives, there is sth special about them. In your case the "quad speed" and "mpc2" makes the drive to look even cooler. Great addition to your 386!

The Matrox G200 works in Windows just fine. The Socket 939 MATX board was an HP one; a couple of months ago, I posted about finding an AT computer in a dumpster, but I also found an HP Pavilion a1340n. It was an AM2 board, but it would only power on with no post no matter what I tried. It turned out that the board in mid 2000s case was from the earlier version of the same HP computer, and it fit right in, proprietary connectors and all. It has a 3800+ 939 CPU. The end result is a well working computer, though I don't know what I'll do with it.

The Gigabyte board was tricky, as I couldn't get it to post, or if it did, I couldn't get into the CMOS settings no matter how many times I hit the key, and it would cycle again. I thought it had been in use as it was configured, but I realized that they had just stuck four random memory sticks in the slots, and it turned out the board wouldn't POST with PC4200 memory. I found a one gig stick of PC5300, and it worked! I carefully went through and found four sticks of PC5300 to get it to four gigs total. Not too long before the fire I found a dumped AM2 system that turned out to work fine, and I decided to run Windows XP on it just to be able to play Jane's WW-2 Fighters. I decided I'd do that again, and this board is just right for that. Last time, I bought an HD6750 from AliExpress to go with the AM2 board since Jane's doesn't work with modern Nvidia drivers, this time around I went with an R9 270 from them, and I'm looking forward to receiving it. 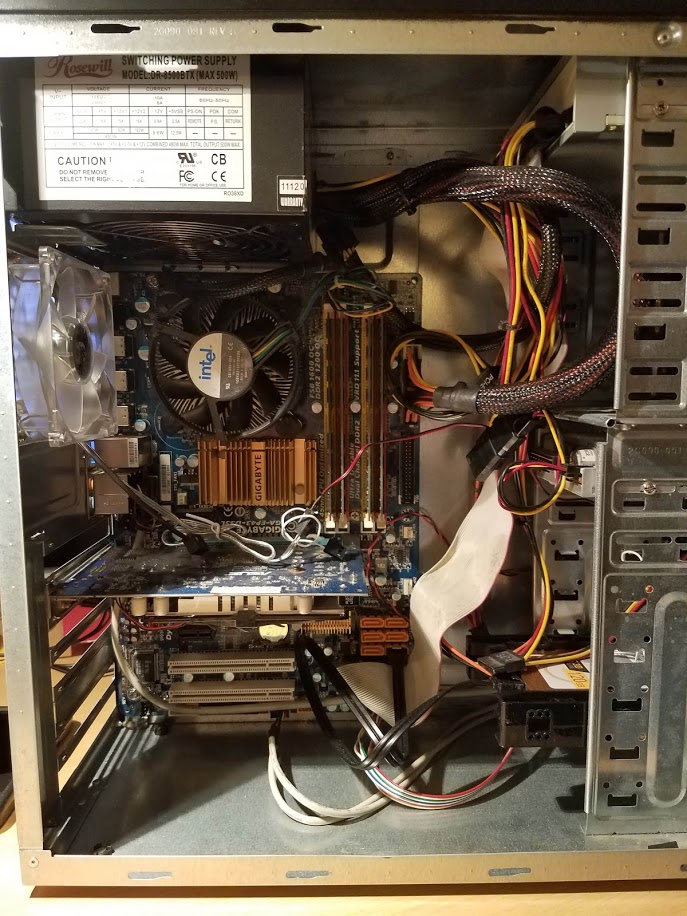 The GTS 250 works fine, and is going into a computer I'm going to give to my twelve year old cousin. 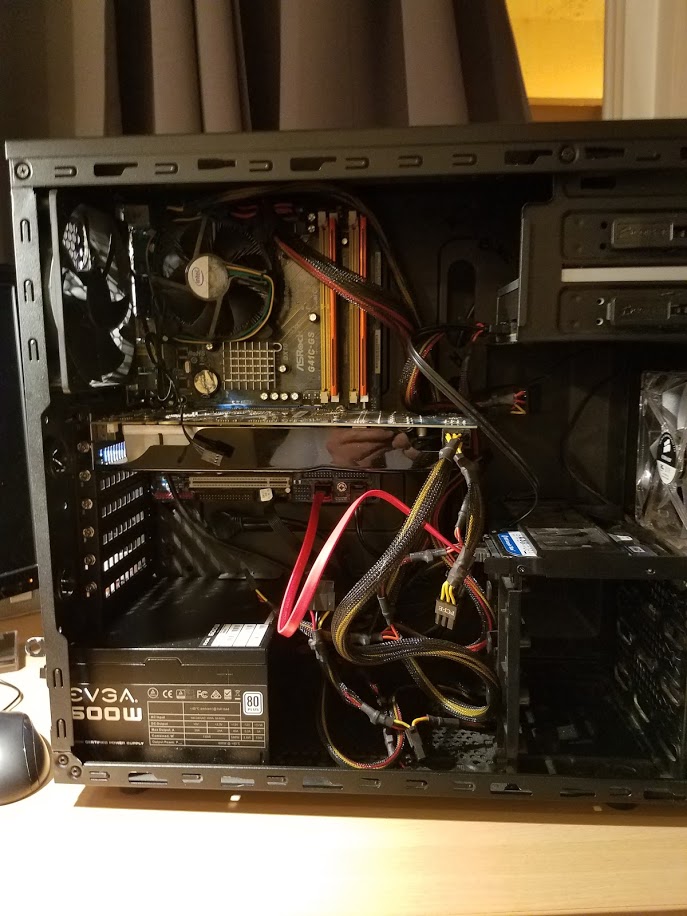 Thanks to the box full of memory, I was able to find two 512 sticks of Crucial PC133 for the SY-5EMA+ I bought. It reads them as 256 because of memory density issues, but that's fine since I only wanted 512 megs anyway. Now I just hope I can find a way to fix the CMOS issue I created by accident with that board.

You lucky, lucky man. I never find anything that old locally - About as close as we get is the occasional Pentium III / 4 machine and on rare chances a Pentium MMX in a recycling yard.

Wherever did you find this? Was this some retired computer technician?

WHAT THE BALLS IT HAPPENED AGAIN.

Yep, the Wall of Crap strikes again. Am I being trolled here?? Like, do the employees at this place see me coming and sneak this stuff out to mess with my head?

Actually nah, given the lack of interest in this town, it's entirely possible this stuff could hang on the wall for two weeks before I show up to find it. Welp, either way, I'm not gonna complain.

Of course I grabbed the bag on the left for that sweet Cyrix gold (literally), and the one on the right for the 6x86-branded heat sink combo that was inside. I skipped the one in the middle which had a really low-rent Adaptec SCSI card and an 8-bit ISA "2MB" (1.44MB) floppy controller. I doubt I'll ever have a system that will need that.

^^ the final haul: a 6x86 PR150+ (what I mostly wanted), including HSF, a Pentium 75(?), a matched pair of 386DX/20 & 387/20 that were sandwiched in the middle and not visible from the outside of the bag, a really old looking 30-pin SIMM, and some parts from a "File Shuttle" parallel port transfer system. There were also a few odds and ends (outlet adapters, coaxial splitters, etc.) in one of the bags I already threw in my recycle box.

There were a few other things there (like a BIIIIG sack of IDE/Floppy cables) that probably came from the same source. I passed on the rest. Bizarre.

Looks like my 386-replacement, mostly-ISA Socket 7 build is on! I was on the fence about doing it, but given the 6x86 and the K5 I got last time, it'd be rude not to.

@piatd yes I can but not right now.

@FAMICOMASTER
Well these ad pop up very rarely, but when they do ... 😁

I don't really know what he made, it was his wife selling it, but that's a possibility as they had computing books as well. Or maybe it was just a hobbyist that asked the right companies for old computers in the right time ^^

Anyways, as appealing as it can look, I can't dive into it right now. I tested quickly as many things as I could yesterday (the two rll Seagate 277R were stuck so I had to move them a little to unstick the spindle motor. One is noisier than the other but they both seem to spin up fine now. I'll see if they still work later.

Yeah, is definitelly a Pentium 75, SX969 is it's s-spec in your sample, which fortunately doesn't suffer from the FDIV bug

I've not really had much luck on ebay the last few weeks apart from the nice NOS desktop cases... there's always that one other bidder who seems to have too much money, even if I do pretty pricey bids, I guess the luck I've had in the beginning is over.

I did pick up several CRTs though
the Sony F520 I posted earlier and some professional TVs/video monitors including a nice PVM-20M4 that a friend gave me cause he knows I'm into that kind of stuff.

Wow excellent deal and very nice items! Are you going to take a look if the drivers on the floppies are already availabale?

I may try that, but some floppys (including the one on the top of the pile) are bent, and they're all quite nasty. I'm not sure they do work ... Maybe I should store them underneath something heavy to bring them back into shape and then clean them.

Even if the drivers are already available, I doubt they're imaged properly, so that would still be interesting (at least for me 🤣). But that's only if the disks are still readable miraculously (which did happen to me once with another random disk !).

Great haul Deksor! This is gonna keep you busy for months if not years 🤣

I may try that, but some floppys (including the one on the top of the pile) are bent, and they're all quite nasty. I'm not sure they do work ... Maybe I should store them underneath something heavy to bring them back into shape and then clean them.

Even if the drivers are already available, I doubt they're imaged properly, so that would still be interesting (at least for me 🤣). But that's only if the disks are still readable miraculously (which did happen to me once with another random disk !).

Yeah, I once got lucky with bent/warped 5¼" floppies which I was able to image since just the jacket was damaged, but not the magnetic disk itself. I still had to do a shake of the disk here and there throughout the imaging process with WinImage, but I eventually got all the data off sucessfully.

Pretty happy to find these today. Geforce256 work as far as I can tell. The Quadro4, on the other hand, does not post. Both of the top caps show damage. Not bad for digging them out of a bin.

Perhaps your Quadro4 has a MacIntosh BIOS, so it won't post...
However, it is possible to flash it with a PC BIOS.

Got a Compaq Evo D300 for cheap locally. The case is in great shape... but the mobo needs new caps and needs a hard drive. Using a spare 30GB drive for now. 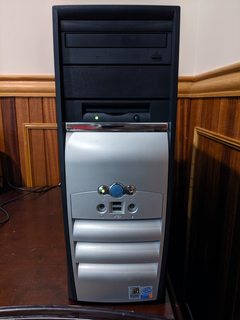 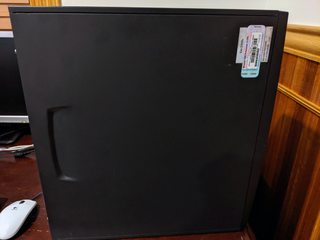 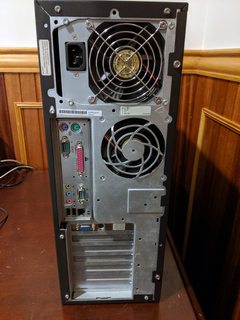 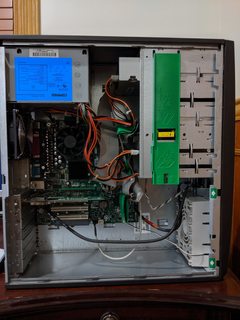 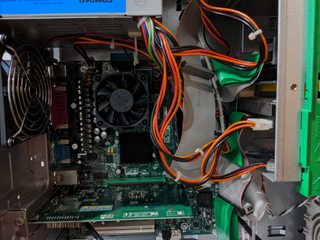 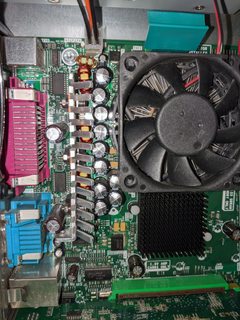 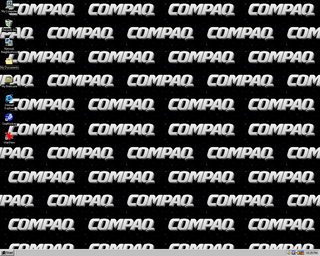 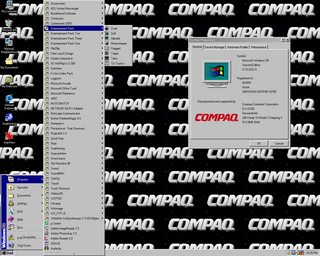 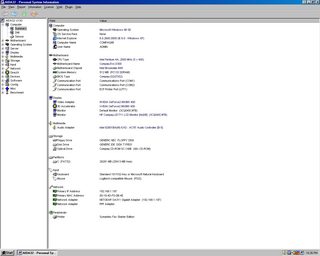