I'll make a video of it. I just need a chance to

The PC-DL arrived today; seems to be in pristine condition. Quick shot with CPUs, RAM, and the 5800 Ultra installed for installing Windows and some testing. Everything has worked perfectly thus far.

Awesome. Congrats on picking up that cool motherboard.

That PC-DL board just seems like the ultimate Win98 foundation. I did not know about this motherboard until seeing some discussion about it on Vogons just recently.

Is the 5800 Ultra the fastest video card you have that would work with this board?

How much memory are you planning on using? 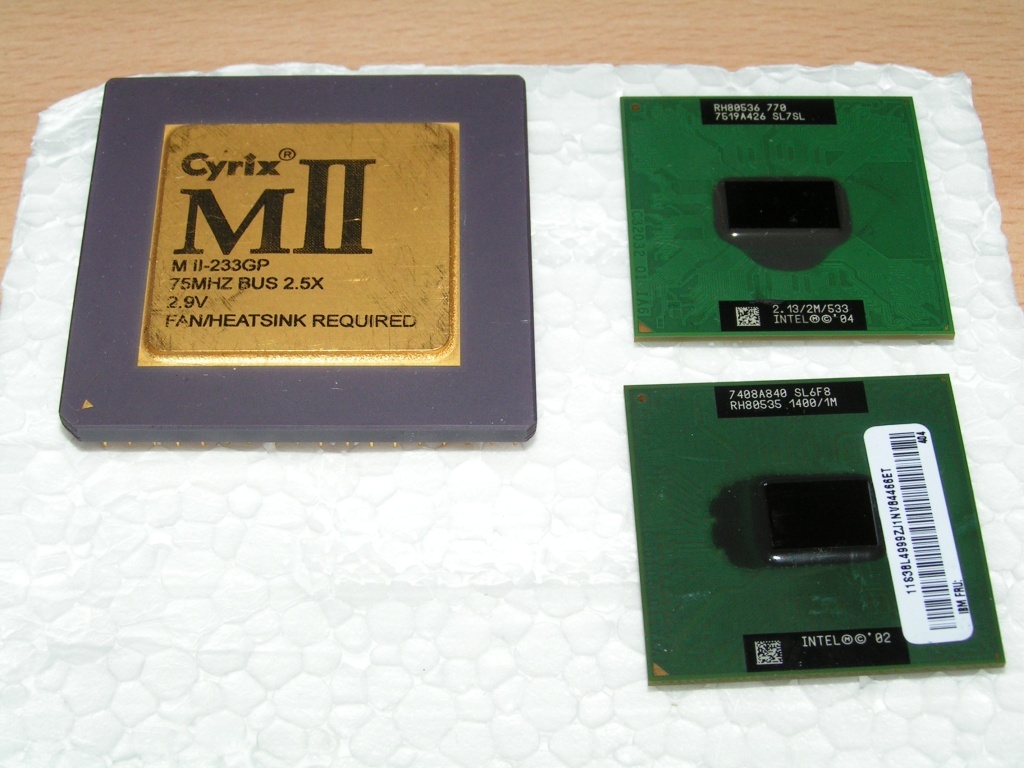 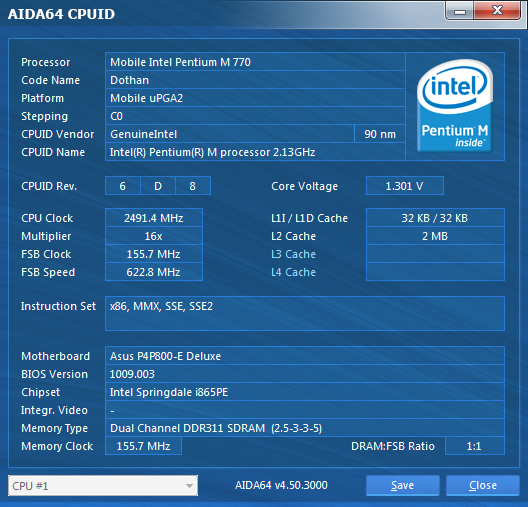 Awesome. Congrats on picking up that cool motherboard.

That PC-DL board just seems like the ultimate Win98 foundation. I did not know about this motherboard until seeing some discussion about it on Vogons just recently.

I don't know that it'd work well for Win98 - 9x doesn't seem to support SMP (I haven't investigated if it can run with a single CPU); when I first set it up for XP I used a hard-drive that had a previous 98 install, and it flashed the logo screen for a moment and then threw errors and locked. With XP Pro everything seems to be working fine though. If it could work with one CPU or if 9x can be made to work with SMP it'd be solid though, but you may be able to find a single-socket 865/875p board for less money to do the same thing. Also note that heatsink options for 604 are more limited than 478 - thankfully the Cooler Master sinks this came with are pretty quiet. 😊

Is the 5800 Ultra the fastest video card you have that would work with this board?

Yes and no. I have an Asus A9800PRO/TVD/256M (which the Asus website and Astra both say is a 9800XT 🙄), but the fans on that card aren't quiet (and seem to run constantly 😵), and a 6800 Ultra, but I don't like the fan design on that card (it pushes its exhaust heat towards the front of the case, versus out the back/side like the 5800/9800), and it can't use old drivers (I don't know if there's any driver related concerns with DX6-8 games for the 9800 or not; I haven't really investigated it). So the 5800U ends up being the "best" in that it will support 45.23 and older, offers good performance for DX6-8, and will run silently when not running at 500MHz (and a lot of the games I'm going to load on this machine will fit into that category, based on previous experience).

How much memory are you planning on using?

It has 2GB of HyperX in it right now, I could take all the way up to 4GB but I don't see the point, so it'll probably stay with 2GB (I've generally had much better luck with boards when I don't populate all of the DIMMs; this board may not care since it's a server/workstation board, but since I can't think of anything that really needs that much RAM I'm probably not going to bother with it).

Very interesting, even though it seems to be similar to the ideia i previously gave, it's a bit more complicated. It's awesome to see a 486 still doing stuff even if the video was at 144p.
By the way, can you go full screen (at that resolution) without lagging much?

Actually, none of that. I am working on big CPU test - starting with Pentium 100 and up to (almost) modern CPUs like Core i5 2500K or FX-8320. There will be many interesting processors... and Pentium M is one of them.

Very interesting, even though it seems to be similar to the ideia i previously gave, it's a bit more complicated. It's awesome to see a 486 still doing stuff even if the video was at 144p.
By the way, can you go full screen (at that resolution) without lagging much?

Although it "can" do full screen, it is software scaled so it drops the framerate a LOT (think 2-3 FPS)

Ive bought four of these floppy convertors, to convert new style 34 pin IDC connector, to old style card edge connector..
I know these things are all most Rare to find. (ideal for XT and 286 systems) If i can get my hands on these pcbs, maybe i can sell these self made convertors to other people. ( yes i can solder..)
I only need to buy female IDC connectors and find a company that can make this small PCBs. So i can solder them by my self)

One of my machines has one!

These convertors where standard back in the days.. And where mostly often used, so you just could use the card edge floppy connector of the interface lead, instead of the newer idc ones..

Iam born in 1983 so the whole computer thing i have experienced from the late 80s till the beginning of the 90s..) Yes that was a neat time back in the days..

You could just make longer cables too 😉

Yes that is true, but mostly the standard cable always where to short when installing them in the machine.. The only option you have it to crimp the connectors self, or make your own interface cable. But in my opinion, i dont want to waste to much time on making my own cables.. But with this convertor most 99% of the cables will just fitt right without any hassle..

I got my Gravis UltraSound MAX rev: 2.1 yesterday!
No antistatic bag...

The card had not been used at all since 1998 so I was thinking it was damaged when the DMA channel test failed with my GA5-AX socket-7 system but when I moved the card to a system with a Intel chipset it worked at once without hassle.

I bought the card because I want to be able to run all scene demos with sound and I have a feeling that a working GUS will be impossible to find for a decent price in the future.
My card has the serial number 2495 which makes me wonder how many cards of the different revisons were made in total.

I don't know exactly what the power requirements are on the 7950 Gx2 card, but I have read a few years back on some overclocking forums, that some folks trying to use dual 9800 GX2's and dual gtx 295's (and trying to severely overclock them) .. (That's 4 cores total on 2 cards, quad-SLI) that using split-rail power supplies gives problems and issues with multi-gpu / multi-core video cards. And seeing as your power supply is a split-rail one only providing 18 amps per rail, that would (I think) mean the 7950 GX2 in that system is only getting at maximum 18 amps. It may require more than that.

Is it possible to try and find a similar wattage power supply with one big single rail for +12v (Likely 40+ amps usually) instead and try that?

7950GX2 is officially 143W TDP (it could not physically draw higher than 150W with its configuration), however various sources have asserted real-world is more like 110W TDP, and that nVidia over-stated the numbers. My HX 520 has similar specifications to the Antec, and runs QuadSLI just fine. The 9800 and 295 are substantially more power hungry devices.