Having done a *lot* of tidying up the spare room recently, I've at last found time to get working on my backlog of actual projects.

First off, I have a nice So3 voltage interposer that lets me run an Am5x86 CPU on any regular 5V 486. That's exactly what my ECS EISA board wants. Unfortunately it was missing a big MOSFET when I got it. Soldered that on a while ago, but that MOSFET urgently needed a heatsink. Of course, despite having a lot of dead boards etc, none even remotely fitted the MOSFET. So today I took a big aluminium heatsink from the linear VRM of a dead So7 board, got out the dremel and cut it to fit. Don't know what they put in that aluminium, but it was HARD to cut through - but with a bit of perseverance I got it shaped the way I wanted it: Next there was my Asus PCI/I-P5SP4 board, an So4 board with Pentium 60. Of course its Dallas RTC was dead. Fortunately it was socketed and I have a replacement. Bigger challenge: the plastic tab the socket lever rested behind had broken off. The system worked when I held down the lever, if not, not. After messing around with various clips that either didn't do the job, or risked short-circuiting stuff, on a hunch I tried a rubber washer from some anti-vibration mount for a HDD around the lever. It worked - enough friction to keep the lever where I wanted it, without risking anything else in the process. Still one to-do though: the fan on the heatsink was completely dead. I replaced it with another, but it's noisy as hell (well-used low-end Target fan that's already 20 years old...), so have ordered a few Gelid fans to sort that out. While I was at it I tested my 512MB PATA DIsk-On-Module. It works perfectly (at least after an FDISK /MBR to remove Grub to let DOS boot). I'll be ordering more of these things 😀

The 4GB card detected fine, but it would get stuck after the GRUB Loading line. But the 256MB card works!

Could this be the first time somebody ran GRUB 2 on an lowly 386 with 2MBs of RAM and a Trident 8900C? So anachronistic 😁

Completely tore down and cleaned an old AT case and a Dell Dimension XPS D333 tower PC. I have also done a (near) complete restoration of the Dell, the only issue being one of the 3.5" expansion bays. The lower bay seems to require some kind of caddy device to install a floppy/zip drive in it? Mine is missing. I also lack the cover for it and standard covers don't seem to work, if anyone has one of these towers and could post photos of what needs to go into the lowermost 3.5" bay I would be very glad.

Can do.
Won't be until next week tho, work stuff before i can get my retro off again =)

EDIT: In the meantime here are some before and after shots of the AT Case and Dell Dimension XPS I restored: 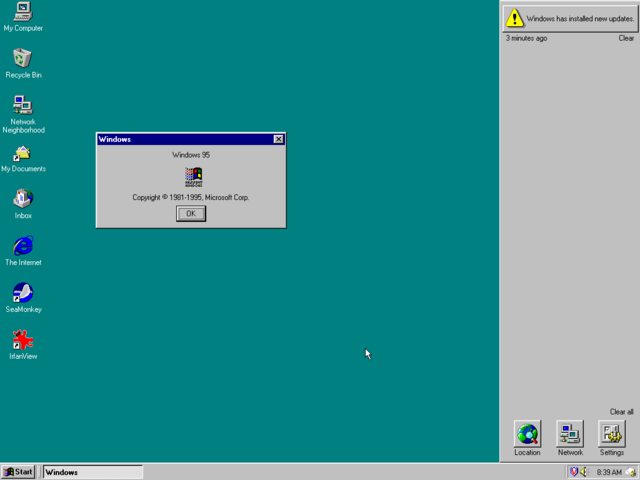 Recieved that Amiga500 Revision 6 board that I ordered, and began to measure the dimensions of an old 486 class PC case. My thoughts about the case is correct, and it can house an a500 system board. All I need to do, is to remove some material in the back, remove the metal standoff's in the case that are welded into the case. Then I need to repaint the case and remove any traces of the brand (easy, it is stickers) and any traces of what was once housed in the case.

It is a nice desktop case. It is made from thick steel, because it was a brand case and not one of them cheap clone cases that are made from flimsy aluminium material. It has room for one 3.5 inch drive, one 5.25 inch drive and one 3.5 inch harddrive. The power supply is raised, so it is not sitting on the bottom of the case, and I still have the original PSU that are broken. So it is just a question on gutting it, keeping the original power switch and then using a meanwell PSU inside the original PSU housing. This way I can still use a low noise fan to bring some airflow inside the case.

Looking forward to seeing how the desktop A500 works out 😀

Played some Ultima Underworld and tried out the unofficial GM mod. Sounds really great, but i will stick with SB. Connected that DX2-80 with my LAN over TCP/IP in windows 3.11 and finally installed The STartrek Screenssaver by Berkley Systems (Afterdark). Now i'll play some more uw.

Looking forward to seeing how the desktop A500 works out 😀

Thanks....
Going to post sneak peak's here in Vogons and when the system is finished, then I will be making a blog post about it.
The biggest hurdle's, are to make the case ready for housing an Amiga500 board, and to do the ChipMem mod.
You just have to wait to see a working system untill 2020. I will be doing this on a budget, just as I did my Rev.5 restore project.
Yet once finished, then I will have 3 Amiga's in my posession, and only the Rev.5 is in stock configuration. (though 512k upgrade)

LMAO. Photoshop is on point

Wanted to build something really fast for Windows 98 and saw a Asrock 775i65g Board for very cheap which i thought would be a perfect platform to build around. So far the build has gone really well. I have a few things i need to work on to complete the build. I need to modify the drive cage for the floppy as it will not fit with the current CPU cooler, only some small trimming required. I also want to replace the power supply for something stronger. I need to get a molex extender also for the power for the GPU. "Trying" to keep the wiring as neat as possible!! 🤣

Build as it stands 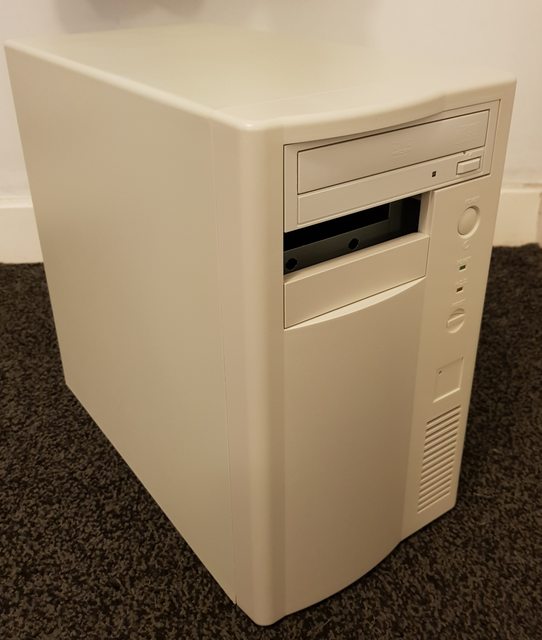 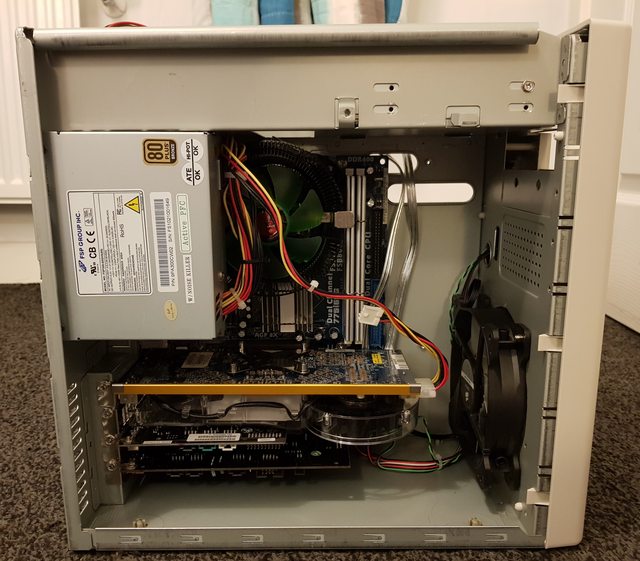 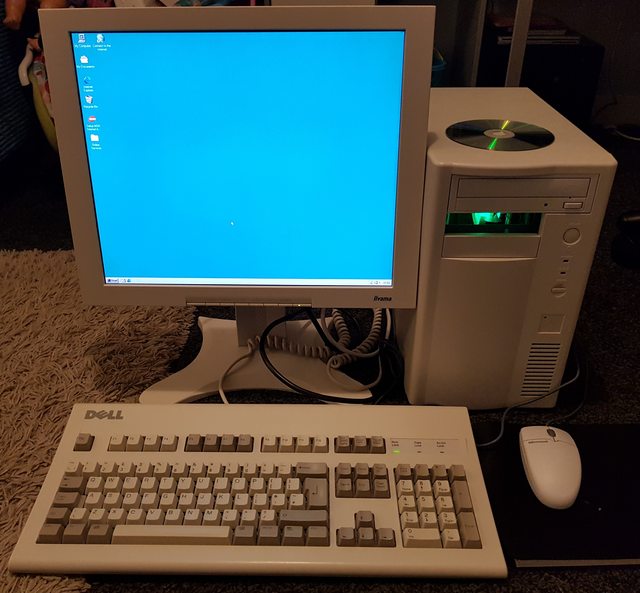 More tinkering with my YouTube to NetShow 2.0 thing. I was going to go with RealPlayer since it's superior in almost every measurable way, except the fact that I hate it and it's unstable. 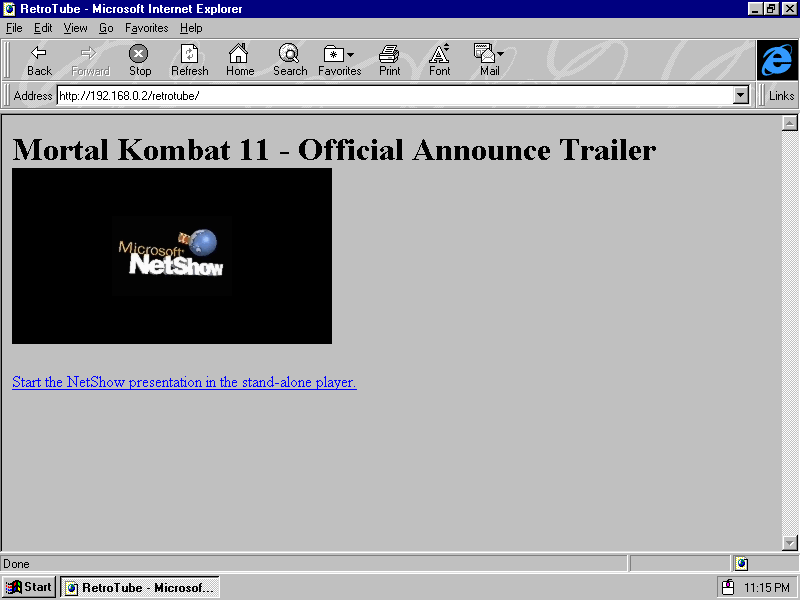 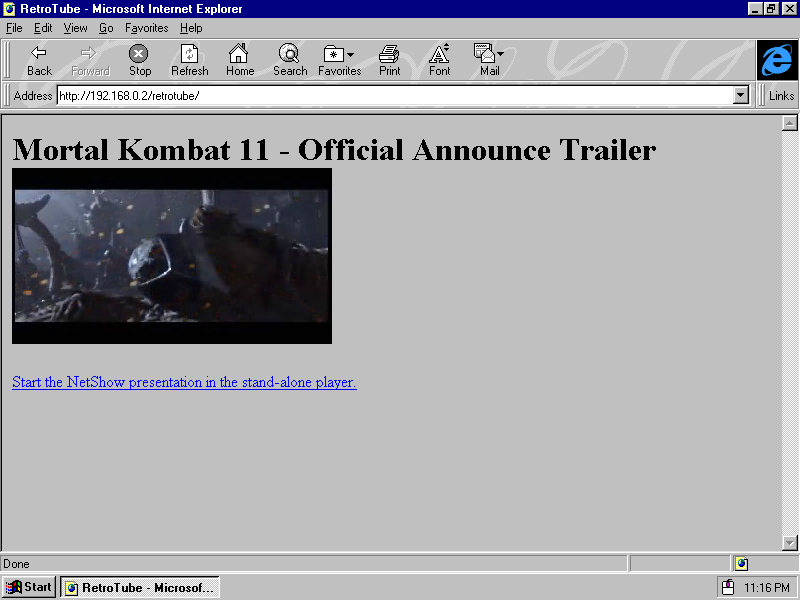 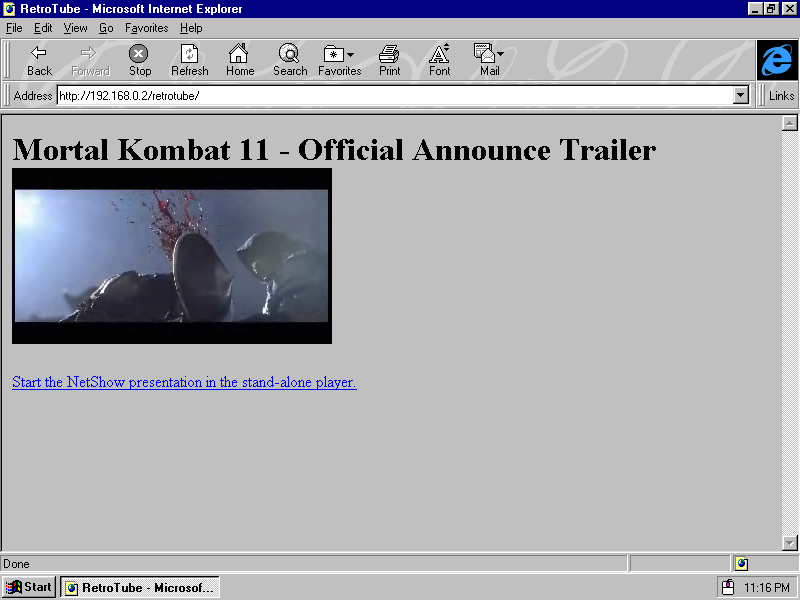 Now that's interesting. I knew that many old browsers could display video after downloading a video file, but Is this an actual streaming format? ASF perhaps? I recall that ASF was patent encumbered and had little support (though I suppose patents on a format introduced in 1997 would have expired by now)

Now that's interesting. I knew that many old browsers could display video after downloading a video file, but Is this an actual streaming format? ASF perhaps? I recall that ASF was patent encumbered and had little support (though I suppose patents on a format introduced in 1997 would have expired by now)

Correct, ASF! The current progress is kind of convoluted -> downloads YouTube Video, converts to AVI, converts to ASF using VIDTOASF. It's then stream capable, and works well by limiting bandwidth in VMWare and confirming it does actually buffer.

Works in both the desktop player and embedded player. It's pretty cool, but impractical as hell. But what isn't in this hobby. 🤣

I can cut down the processing time down a lot (seconds, as opposed to minutes) by using ffmpeg, but that does, as you said, violate Microsoft's patents and if I'm going to put this online that's not something I wish to do. It's a shame since it's much better quality too using MS-MPEGv3 as opposed to v1.

I can also get much better results by installing WMP 6.4, but the whole point of the exercise is to be using pre '98 software and solutions where possible. 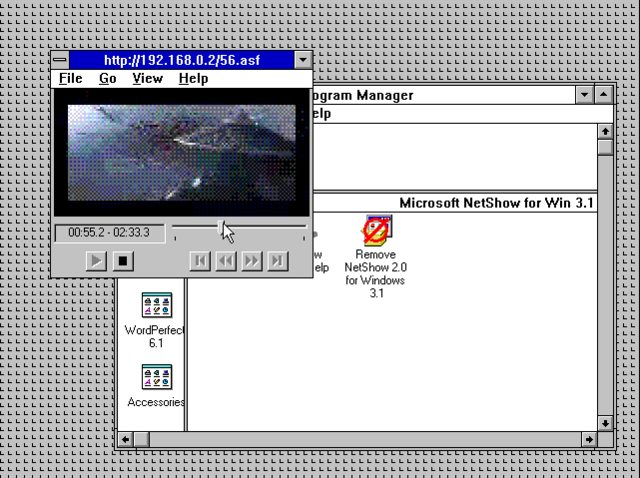 EDIT: Preliminary searches show the Patent expired in Australia yesterday. What are the chances??

Finally I found some energy to replace Dallas (aka J.R. Ewing's Curse 😉 ) in my Escom pizzabox PC...

Did a video shoot of my newly acquired Sega Genesis Model 1 in action: https://imgur.com/gallery/loAiDIE

Did a video shoot of my newly acquired Sega Genesis Model 1 in action: https://imgur.com/gallery/loAiDIE

Looks great on your LCD screen. Glad it all works.

Thanks. Just realized that were on page 586, aka, the Pentium (P5) stage. I bought a new switching power supply and a third party 6 button controller for the Genesis Model 1 and I'm happy to play the Sonic the Hedgehog series games (Sonic 1, 2, and 3). Going to buy more games for it, such as Batman the Movie.

I have begun recapping a Commodore64 motherboard. 50% finished and it have gone too dark to continue working.