Not "today" but for the last month I've been redoing my ISA/VLB/PCI graphic cards (PCI only for the reference) benchmarks on a VIP 486 motherboard with AMD X5-133. So far 68 results with around 40 different cards from basic OAK 256KB to highend 4MB VRAM cards. Benchmarks include DOS (3DBench, PCP, DOOM, Quake, SpeedSys VESA speed, DrHardware BUS speed) and Windows 95 OSR2 (Winbench 3.11 in 640x480x8-bit and 16-bit modes) performance.

^^^ I would like to see the spreadsheet, or results, posted 😉

I prepared some filthy computers for retrobrighting: 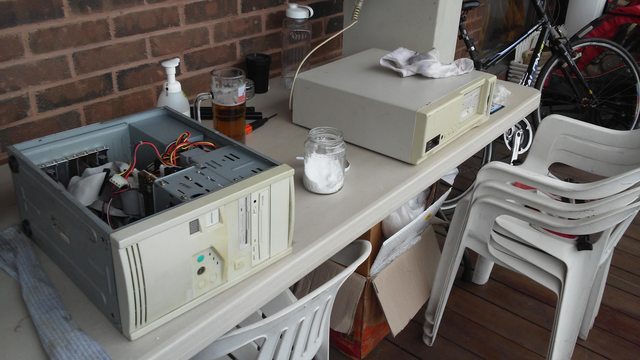 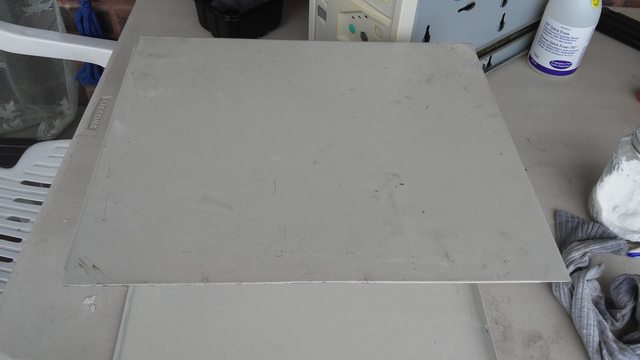 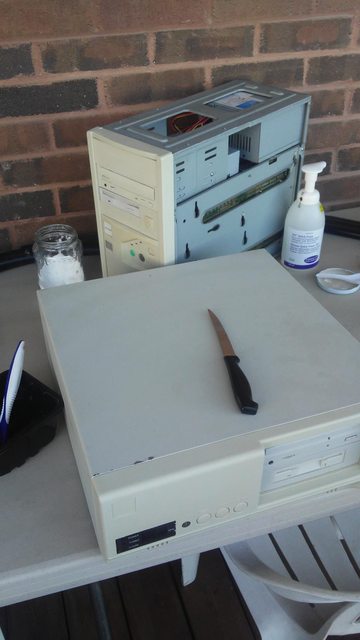 I'm gonna have to repaint the desktop metal case cover - it's rusted in a few spots.

The tower has a bunch of weird localized yellowing. I wonder if it was a smoker's PC before.

Anyways, these and a 17 inch CRT are going to get retrobrighted whenever there's some sun available.

Removed the CR2032 internal battery from a synthesizer because it is as dead as a dodo and causes the synth to malfunction. Only took me around 40 minutes because it was welded close to the circuit board only about 2 millimeters away from the main ROM chip and cutting through the attachment points was a pain in the behind 😵

Now to find a battery holder, get a good soldering station, and use some pieces of wire to mount the new battery.

Got started on this project: 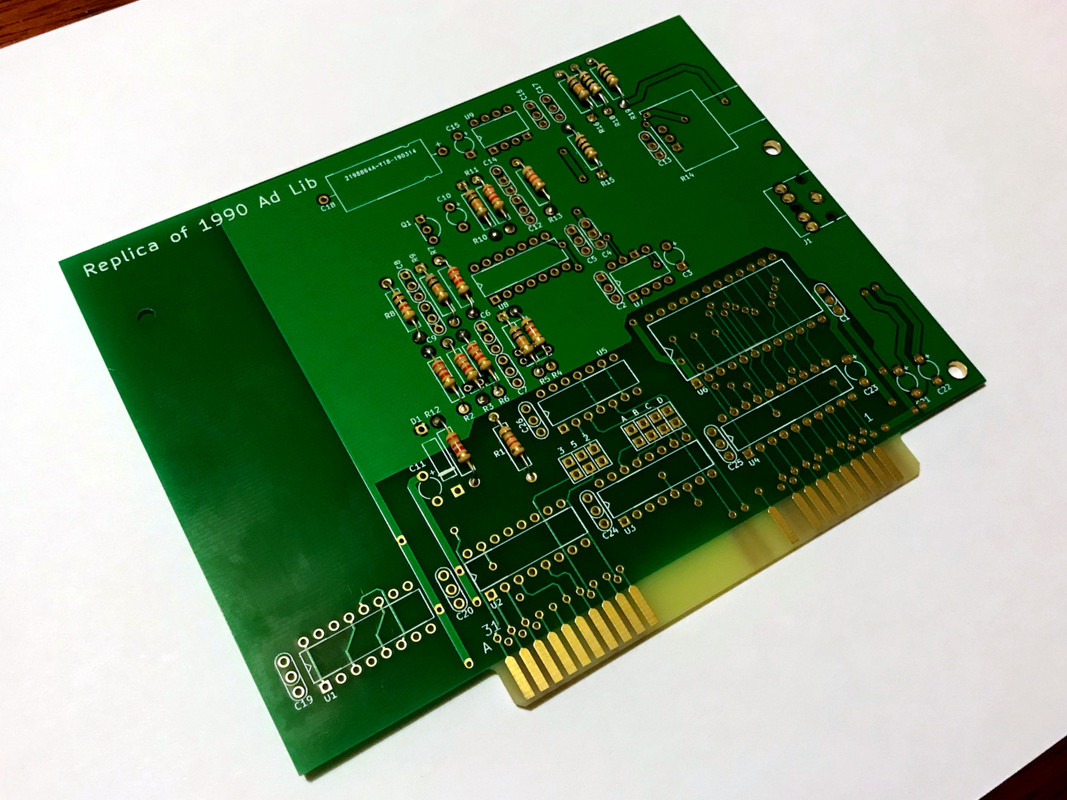 Resistors are done, caps are next.

I'm very new to soldering so let me know if anything looks terribad here.

couldn't resist but this looks quite decent for a new solderer!

Now we wait for tomorrow's sun: 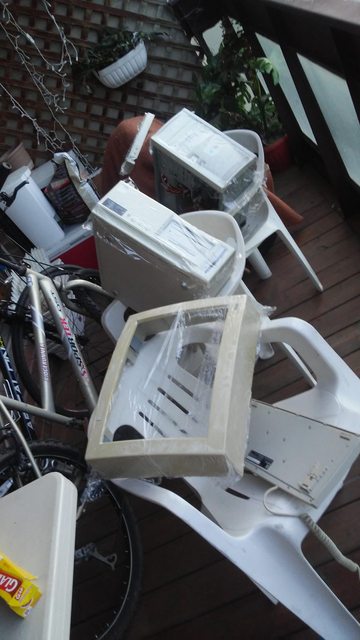 Well, I'd need to see the underside of the board but it looks OK from the top!

I found it in the garage randomly while cleaning, so I thought "you know what, this might come in handy" 🤣
It does what I need it to, and it looks cool; however, if I were to put any money into it, I would have gone for a switch because why not. It's currently tied to the primary router via the Uplink port. In total, I have 11 ports now, with 8 ports available (two on the router itself, and 6 on the switch, they are quite distanced so each part of my setup has Ethernet access). I also have both 2.4 GHz and 5 GHz wireless from the router, so this network is now quite equipped 😀

Can you even buy a network hub anymore. They haven't been produced for at least 10 odd years.

I am trying to play with Sigil Doom on my retro computer under DOS.
I tryed to play with my copy of Ultimate Doom but Sigil Episode is causing a "Visplane overflow" error after a few seconds of play.

So, I want to play with soundblaster digital effects and MIDI out routed to a Roland SC-88 Soundcanvas.
It works with Vanilla Doom but it didn't with Boom or MBF doom ports...

whipped up this GIF

Playing around with my new chip cooker.

While messing around with that 386, i was able to get the original GTA working on it! (I have 387 co-processor as well) Though, it was about 2fps.

This Geforce needs a little upgrade. It's the Asus V9480, after a test run long ago with the stock cooler, I remember, it was too noisy so i was un-mounting this little cooler. 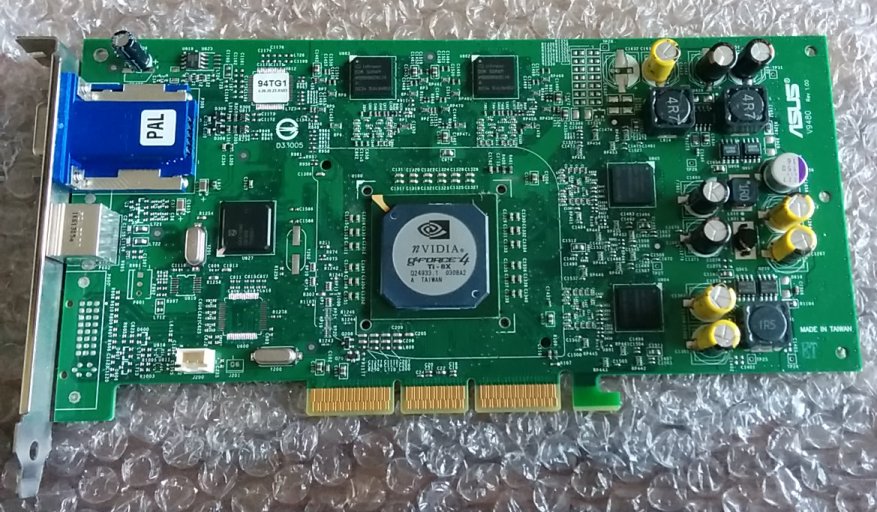 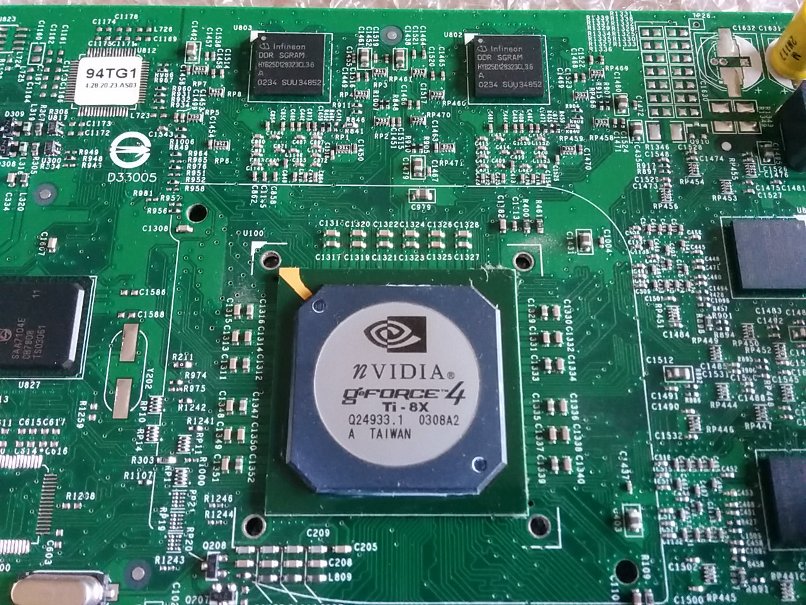 Don't know when i have got this Arctic Cooling Silencer NV 6, but i remember it comes from a useless GF6 6600 PCIe card.
My searching about Arctic's Silencer was that officially the Geforce 4 Ti was only supported by the Silencer NV 1.
Interesting is that the FX5700 is supported, and also by the Silencer NV 6. But there was no GF 4 Ti at the support list...

I've checked, it's possible to mount but i had to remove the two little distance pad's.

Compare of the original heatsink + fan, and the NV 6. 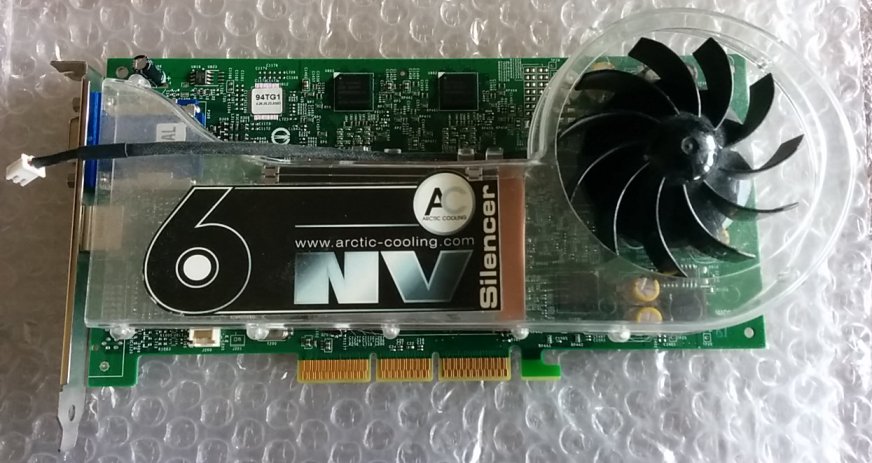 whipped up this GIF

Where is the Like button when you need one?

Day 2 of my Adlib project is over and the tantalum and ceramic caps are done: 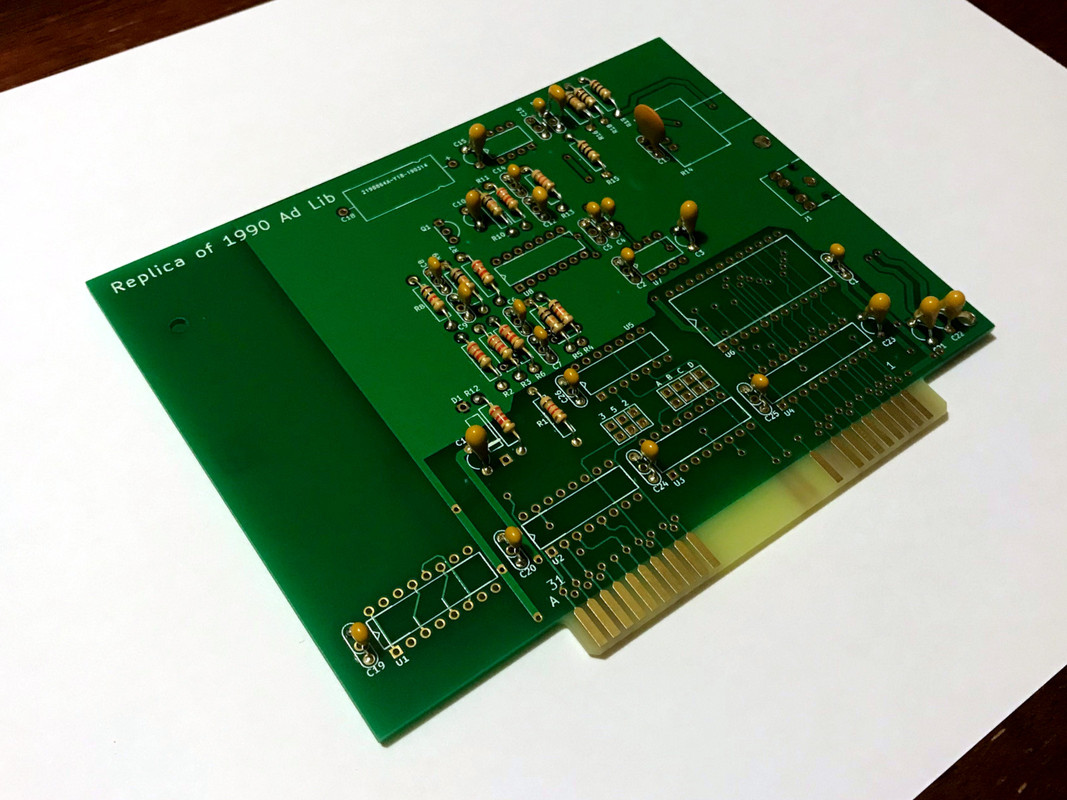 I'm a total noob at soldering so please do look at the back of the card and let me know how I am doing.. 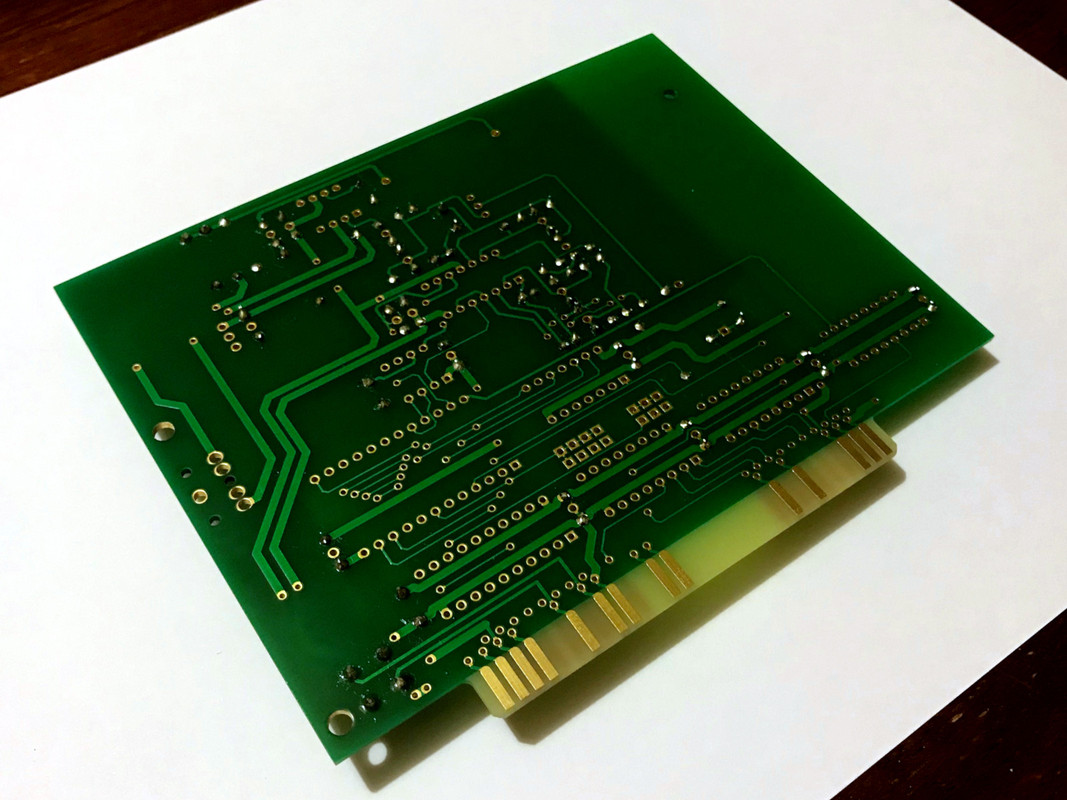 I accidentally soldered the C12 cap at C2 so I had to desolder and move it; I don't seem to have caused any damage or cosmetic issues though.

Looks pretty good. My soldering isn't great either, however, I did make an A/V board for my Genesis Model 1 to do Composite, RGB + Sync, and Sound (Mono for the 8 pin DIN and Stereo for the front headphone jack).

Looks good as far as I can tell.

A good solder joint will look like a Hershey Kiss. What you don't want is when it looks like a rounded ball of solder just sitting on top of the joint.