I collect photos of musicians running oldschool computers in their studios. Here's synth pioneer Wendy Carlos in a 1992 photo. A lot of neat equipment on display.

The center machine I'd guess is something like a Quadra 030/040 workstation with an exceptionally large (for the time) professional monitor - maybe 21"? On the left almost looks like a IIgs monitor but the software looks more like Mac stuff - apparently Macs supported multiple displays all the way back to the Mac II so it's possible that's a second head. Can anyone identify what DAW is running?

On the right seems to be a classic compact Mac hooked up to an IBM-type keyboard (WTF). The two mice and the trackball on the bottom all look like standard ADB devices. Here's the same space in 1986 where you can see presumably the same little compact Mac with its external drive, but running the original small-footprint keyboard and separate numeric keypad. Looks like at some point between the two photos it got an external fan mod to the top of its case. 😜

Here's another shot of her 1992 setup from a slightly different angle.

And then there's that thing in the extreme foreground (bottom left) - any ideas what that is?

The computer on the bottom left looks like an HP 9825S.

Here's another one I just ran across in an article today.

...goddamn if I didn't have that *exact same* Packard Bell when I was a kid, probably right around the time this was taken. Mine was a 486SX/25 with 4MB but I think you could get higher-spec configurations new. I eventually upgraded to a DX/100 with 12MB.

I can't make out what he's running on the monitor unfortunately. Really curious to know what software that is. 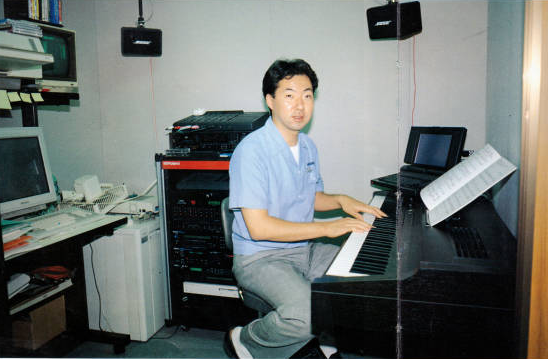 He has a workstation of some sort laying on the corner. On the piano, I believe that is a Toshiba T3100 laying there.

That flat-ish CRT looks way too high tech for the late 80s... what is it?

But... based on the other tech visible in the picture I would place it at the turn of the decade at the very latest.

Or maybe not all of that was state-of-the-art.

The picture came from a Japanese children's book about how video games are made, using Nintendo as an example. Some guy translated it to English:http://www.chrismcovell.com/secret/weekly/Sta … y_Computer.html

The book was released in 1989. It shows the some of the development of Mario 3.

That flat-ish CRT looks way too high tech for the late 80s... what is it?

That's likely because Japan has always been about ten years ahead in technology. 😉
This photo from '89 matches something like we have actually seen in '95 or so.

I agree that this monitor looks more like something from the mid '90s. If the picture were bigger we might figure out some of the rack equipment.

On another note, here is a cool photo of David Frank from the funk band "The System" in his studio in 1986 (picture from Keyboard Magazine, a good source for vintage studio stuff). I guess this is some sort of Macintosh.

Looks a lot like a Yamaha C1 Music Computer (which is actually related to the early Toshibas) to me: 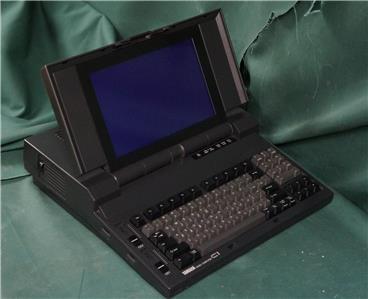