Does anyone recongnize this computer/case

this was the first computer i ever used when i was maybe 4 or 5. the memory is so vague to me in my mind but i can confirm a few things about it.

it was very tall
it definitely had a front panel in that general shape with the vent lines going up and down.
I played solitaire , mine sweeper , and sim city 1 on it.
it had some sort of rocker switch to turn it on
it MIGHT have had the speed readout , i'm not sure

My dad says he had it custom built in our town , and at the time , to him it looked very old and 80's.
he confirmed it was metal and when you took the cover off the front stayed on , like any case i suppose.
and he said it was very empty and big.

So I'm guessing it some kind of full tower case but to my knowledge I don't recongnize it at all but in my mind this is what it looked like. take this with a grain of salt as I'm working off memories that are over 20 years ago 🤣. so it could be any variation of this sort of look Actually working on a machine built into one of these cases right now!

I actually have a case nearly identical to that. Here's a picture I took of it a while ago:

I think your drawing may be quite accurate, I remember seeing cases with the vent lines going all the way up to the top with the indentation, the only difference is I remember them having the switches and displays on that angled ridge.

Problem with these old cases is they were all just no names, you would find 500 different small computer brands in those days that all used the same exact case. Nothing flashy like we have today with crazy names like "Stryker" and such .. 😎

I could find a ton of different cases that are similar to the ones posted up above as well. I had a Zeos brand computer that was just like those. All quite typical of towers in the late 80s to early 90s.

Sorry, didn't look at the user names, I didn't notice that you were the OP. 🤣

What is that thing at the top of that tower, emosun?

I found the case!

below is a picture I drew from memory in 2017 of what I remember it looking like and a picture someone else took of one they had. 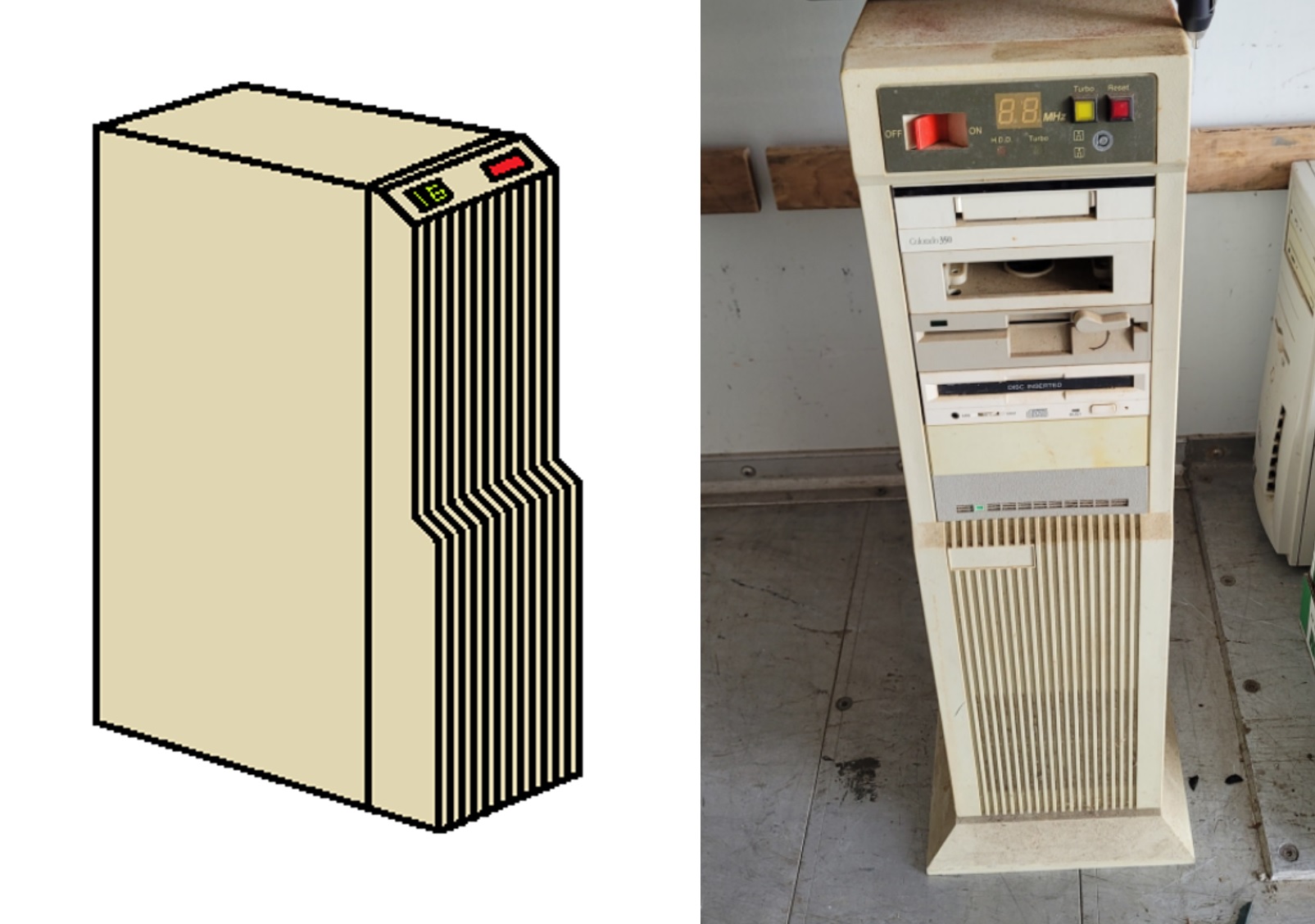