If this stuff is important to you, did you move to younger chipset for a Pentium build or load up your slots to compensate for a few of the 430FX shortfalls?

Just polling you guys out of curiosity.

Not sure what HDD controllers my 430FX board has exactly, but I know they're fast. Faster even than some Asus 430HX board I also had.
Could be overcome by PCI disk controller perhaps. There are even PCI SATA controllers available if you want.
Hard disk size limits are overcome with EZ-BIOS.
For USB I have PCI cards.

Another thing is that the capacity limiation is not due to the chipset but by the bios. (Though I don't have to make research about it, this must be the 32GB limiymt which is found only in award's bioses older than 1999/2000) so this means that if your board have had long support by the manufacturer, there might be an update for it.

To me, no USB isn't a big deal at all. I have a raspberry pi running a samba server (it could also be whatever PC you want) and then I install a network card in any retro PC I own (even my old 8088 🤣). Not only it allows me to transfert files better but it allows you to play games over the network (though that's not everybody's cup of tea) and like I meant with my 8088, this works with 99,99% of PCs

For the DMA, like Scali said, there's to my knowledge no other solutions than using a hdd controller card. PCI IDE controller came with a BIOS (well I only have modern ones, 2000-ish I'd say) and so this allows you to use bigger HDDs because they overcome bios' flaws

430FX uses PIIX3 which has Bus Master DMA. It is pre 430HX but still a good stable Pentium Intel PCI Chipset. Just a tiny bit slower.
PIIX3 already supports USB, but it was due to missing devices useless at this time and thus not soldered to the boards.

I run only DOS 6.22 on my Triton board, so no worries about any of the above. I currently run a 20GB Fireball lct, partitioned in four 2GB slices. Crazy fast for DOS games. 😉

Another thing is that the capacity limiation is not due to the chipset but by the bios. (Though I don't have to make research about it, this must be the 32GB limit which is found only in award's bioses older than 1999/2000) so this means that if your board have had long support by the manufacturer, there might be an update for it.

One of my systems is a 430FX. The board is from 1996. I checked to see if someone hacked together a BIOS update for it (by chance) since there are so many custom BIOSes out there. Didn't see one. Don't have a burner, myself - but I briefly looked into BIOS hacking to see what improvements could be made. Running drive overlay software now. Works just fine, but you know the life of a tweaker... ha. That led me to post here.

You don't need a rom chip burner on pentium machines (maybe very old ones but I don't think that it's the case on socket 7 machines), the motherboard can burn the rom on itself with the right software (though I recommend "uniflash" because sometimes it works even better than the software provided by the manufacturer 🤣)

Quite possible. However if I am going to experiment with BIOS hacking, it would be good to be able to reflash (or put the original chip back in) should something go wrong after the various modifications.

Yeah sure, though if you own another PC that uses this kind of chip you can do the hotswap technique ^^

Ok it is a PIIX, but still Bus Master DMA: ftp://retronn.de/docs/Triton430/PIIX_82371SB_FB.pdf
Just no independent Master/Slave Modes.

Depending on what OS I'm using I usually end up throwing in a bunch of cards to make up for it. Throw a couple 40gb 7200rpm drives in a Raid 0 array w/ a promise card, USB 2.0, either a 10m/b Isa card or a 100m/b pci Lan, and anything else that floats your boat.

I will now try a PCI IDE SATA board with Ali 5283 chipset as I only have 7,5MB/s (PIO Mode 4) with my CompactFlash adapter connected on the motherboard. 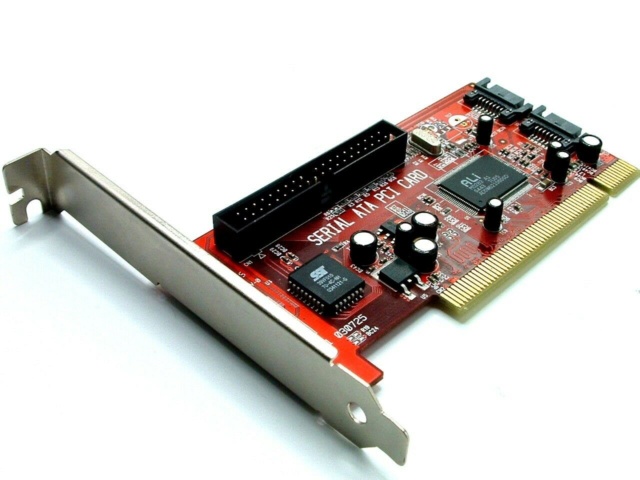 I got a Pentium 150 with 430FX.
Don't need USB. EZ-BIOS fixes my HDD issues.
I vaguely recall there's some kind of DMA when you install the Windows drivers. Used to run NT4 on it. HDD performance was never an issue anyway.
Now, AGP I would have liked... but hey, it is what it is.

I tend to use SCSI more so no need to IDE features. Not having USB support is my threshold for retro PC 😀

I'd say with i430FX it's all a matter of context. On release in 1995 is offered a MASSIVE increase in performance over older or competing designs, mainly due to the memory controller. It was Intel's first EDO chipset, but it also beat SiS and Via contemporary EDO chipsets hands down. That performance gained another boost later in its lifecycle as it supported PLB cache. Once that became available it increased performance still further. From mid 1995 to early 1996, unless you had some corner-case requirements (VLB support, >64MB RAM etc), i430FX was without doubt the best chipset - by far - to have.

In retrospect though, if you also have i430VX, HX and TX to choose from, not to mention later, excellent Via and ALi chipsets, there's not a whole lot to recommend i430FX for. If you're not wanting to be period correct, there's no reason to choose it over any of its successors - all are (slightly) faster, i430HX allows more RAM and can cache it too with second tag, i430VX and TX support SDRAM, TX also gives you a much newer southbridge. Later Via and ALi chipsets give you similar performance with more flexibility in terms of timing. etc.

So, i430FX: go for it for best period correct performance 1995-1996, or if you just need a reliable, unfussy So5/7 platform and don't really care about performance (i.e. DOS-only stuff).

I fixed my BIOS issues about HDD size by changing CHS parameters manually. There is a bug in Phoenix BIOS that prevent to use more than 6Gb HDD if head parameter is set to 16. With head set at 15, a formatted Fat32 20Gb HDD or 32Gb CF Card works under DOS and Win98SE.
My BIOS support LBA extension but size is not displayed with LBA parameters.
The size is 7620MB in bios but correct under DOS.