Win98SE When is the hardware overkill?

Cedar Mill can achieve 5Ghz though.

Maybe on LN2 🤣 but it would probably still get smoked by a Pentium M on LN2 at half the clock speed. 🤣

who does that tho? 😵

OK guys maybe I am misremembering. Maybe some day I'll have the time to put it to the test personally.

I think it's not that bad. And, In all fairness, it needs to be compared to 2M cache Conroe. 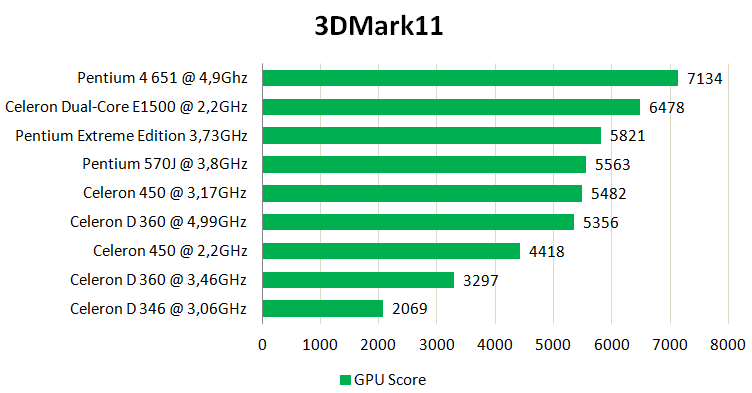 And part two of above table : 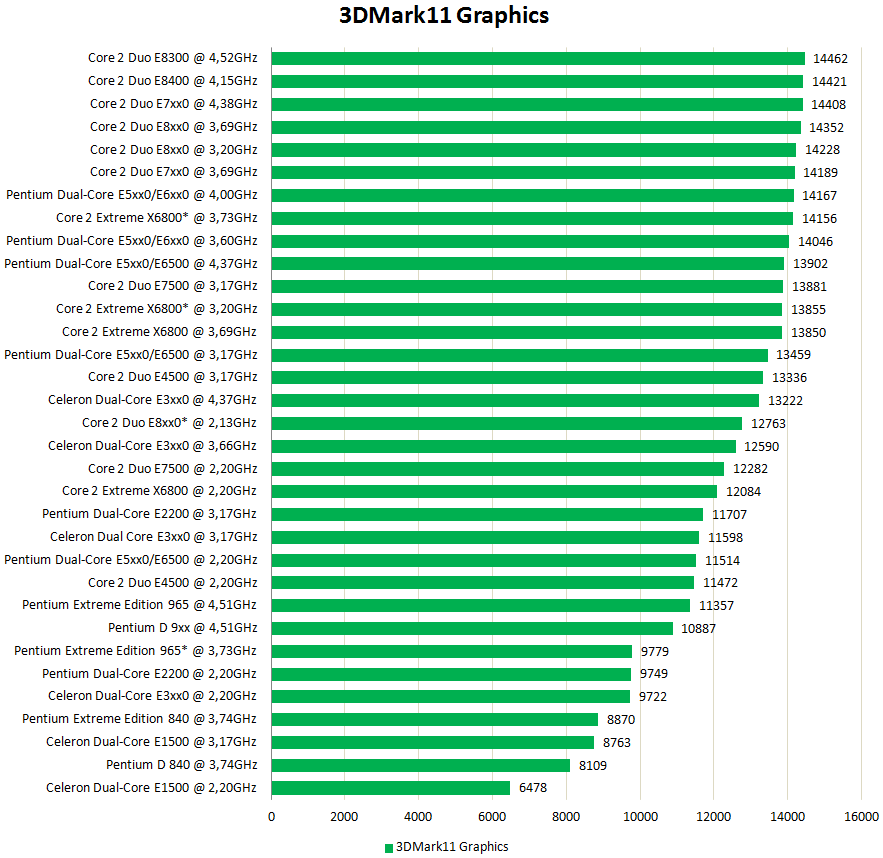 It's optimised for multicore support benchmark though. GPU driver is also optimised.

Multicore support and "driver optimisation" ?
I'd say it's irrelevant, since both Pentium 4 and Core 2 Duo's have exactly two threads, and they support almost the same instructions (Cedar Mill simply lacks SSSE3 while Core 2 - Hyper Threading).

SMP is not the same thing.

So ?
3DMark 11 should be optimised for both SMT and/or SMP (utilising whichever is available).
I just follow the rules : A Pentium 4 Cedar Mill and Core 2 test.

PS. You can see how 4 threaded OC'ed Pentium D's (ie. CPUs with SMP + SMT), are coping with two threaded Core 2s (SMP only).

EDIT : Older software is nice, but that would only make it harder for Pentium 4 to win (since Core 2 does a much better job at single threaded workloads).

Pentium 4 is not architecturally related to the above, its its own architecture.

were beating a dead horse thats been dead since 2003 with AMD murdered the Pentium 4 with the Atalon64, and then 2004 when Intel murdered the P4 with its own spiritual Successor to the tualatin.... the Pentium M.

The fact is P4 was only top performance for about 2 years and even that is disputed by people who were running SMP setups at the time in the early days of P4s where Dual PIIIs were still trashing them, and fast tualatin builds were still wrecking P4 in single thread.

Then about 2002 Intel held the crown but 1 year later got rekt by AMD hard and it wasn't until Conro came out intel even had a leg to stand on.