Tales of Celeron and imagination

Hello to all,
I remember reading on how the Copppermine Celeron, even at high clocks, had a considerable performance deficit compared to a P3.
These past few days I've been playing with one, a quite lucky 566 that manages a 100% overclock with stock vcore. 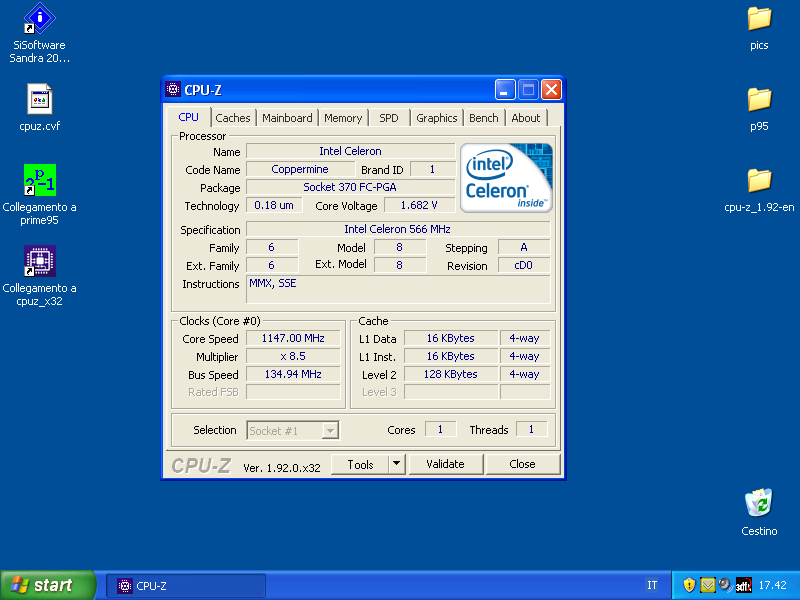 My "problem" is admittedly a weird one: Is this thing supposed to perform this good?

These Sandra (2002) results seem really weird to me: 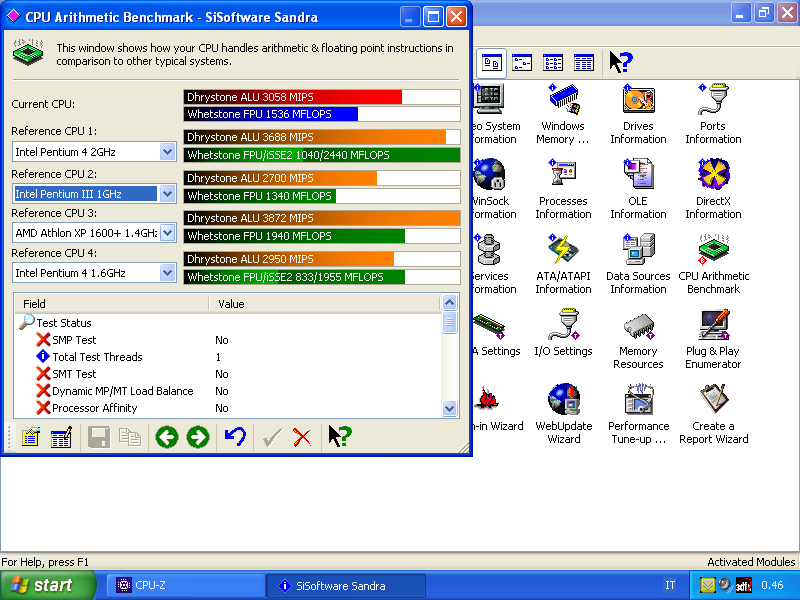 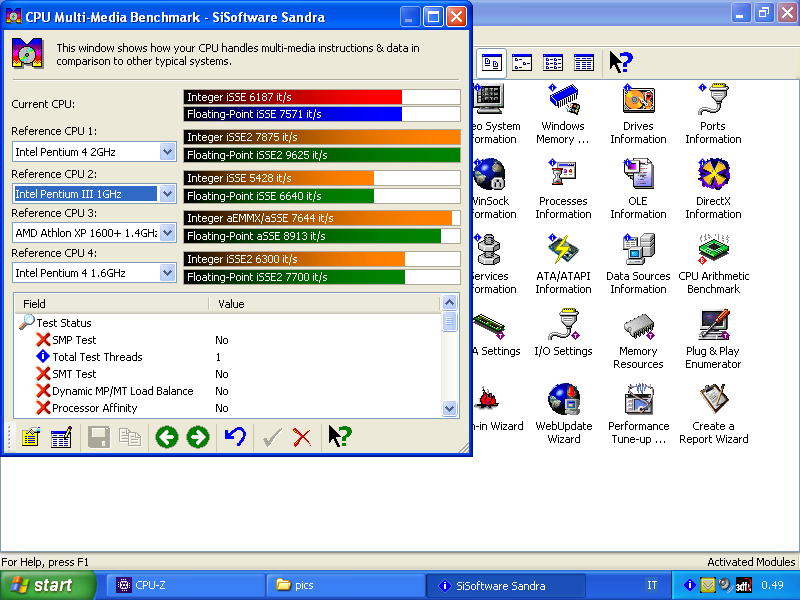 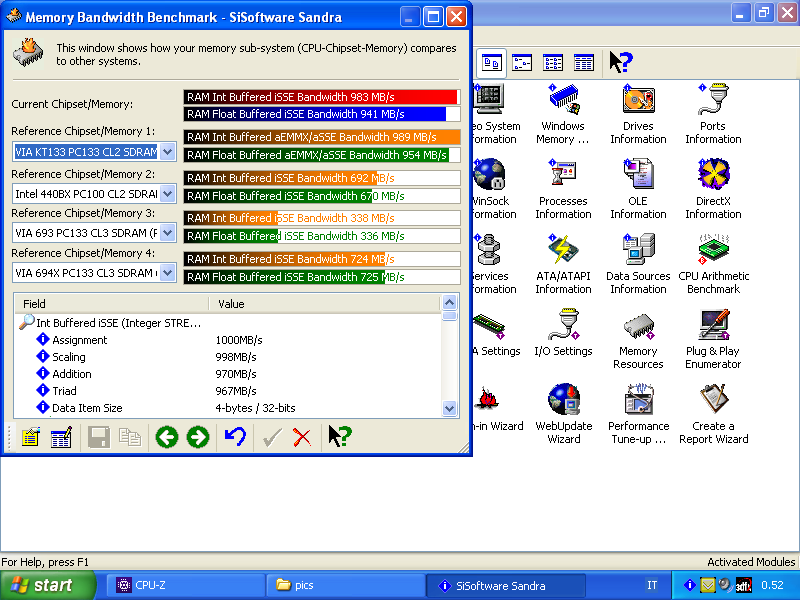 The rest of the hardware is nothing fancy, a Soyo 7VCA motherboard (which has a whole lot of "quirks and features" by itself, mostly quirks tho) and ram is a mix of value Kingston pc100 and 6 ns Twinmos.

I could guess that maybe Sandra favours raw clock speed over anything else, but if that were the case the P4 would be miles ahead.

Sorry for the cheesy title but it was the least worst thing that came to mind.
Andrea

Tales of Celeron and Imagination? I don't remember that Alan Parsons Project album, I'll have to track it down.

Try a pi calculation test and see how that fares. The Coppermine is a good architecture. The P4 only really shows its teeth at SSE(2) instructions and at high FSB speeds.

Your Cellie is probably a late one, and capable of much higher stock speeds than the one it got on its final label. A PIII at the same FSB/core speed should logically be even faster. And the Tualatin, well, that's just the best thing ever to have come out of Intel's factories in the early years of the Millennium.

Those Sandra benches won't show a big difference between a P3 and a Celly. Run Quake 3, 3Dmark, or other games to see a difference.

yeah the cache deficiency is not going to manifest in dhrystones, whetstones or memory mandbidth tests. You have a strong CPU no doubt but it's no surprise that the extra ~150MHz puts it ahead of the PIII 1G

Thanks for the suggestions, i'll try with a 1G P3 (I know I have it somewhere, just have to find it) with a fastish VGA so that the bottleneck will be the CPU and come back later with results.

Have a nice day,
Andrea

You made me curious. You've eliminated one of the Celeron's bottlenecks here, the lower FSB. The other, the halved cache, of course, remains. Let's see how it fares against the full fledged P3.

That deficit you mention came from the very high multiplier vs low cache on the later models. This one is a Celeron with relatively low multiplier, so the lack of cache doesn't bite so hard. You have a really, really fast Coppermine CPU with good FSB - but low cache. A P3-1133 would beat it of course, but I'm not surprised if it surpasses a P3-1000EB and it definitely would beat a P3-1000E.

Still, Q3A would be a better heavy test.

Coppermines with cDO and Celerons with D0 stepping are a breed apart, they have an extremely good reputation for overclocking.

I've been doing some tests, but the motherboard decided to play Abit and stop posting.
Anyway you people were right, while the Celeron may be faster in Sandra, 3D stuff is a different story.

I'll leave the board without power and jumpered to clear cmos for a few hours and then try to see if it behaves.
I am missing just a 3dmark run and then I'll post the results

Ok, I'm back. I got the motherboard working after disassembling the socket and pouring some alcohol over the contacts inside. 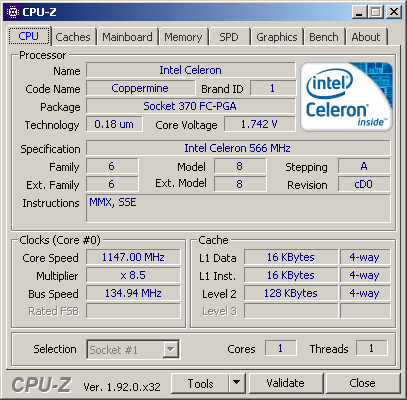 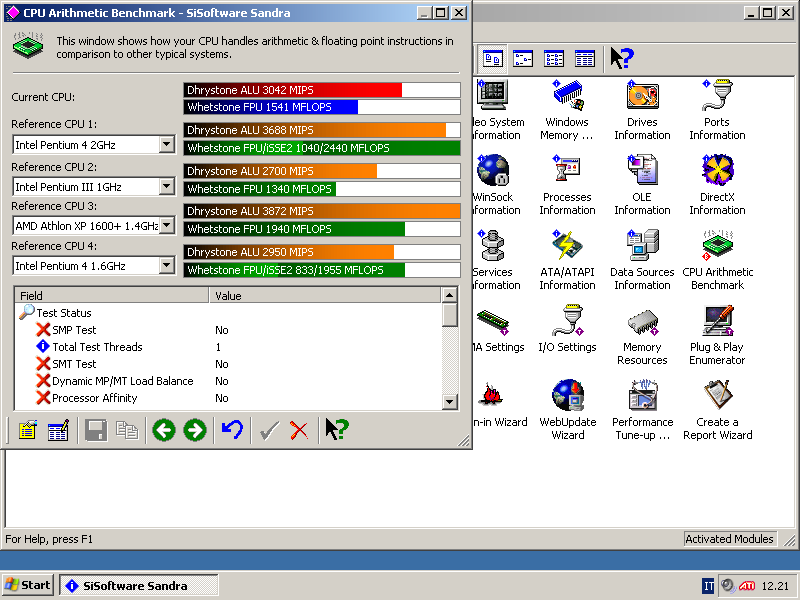 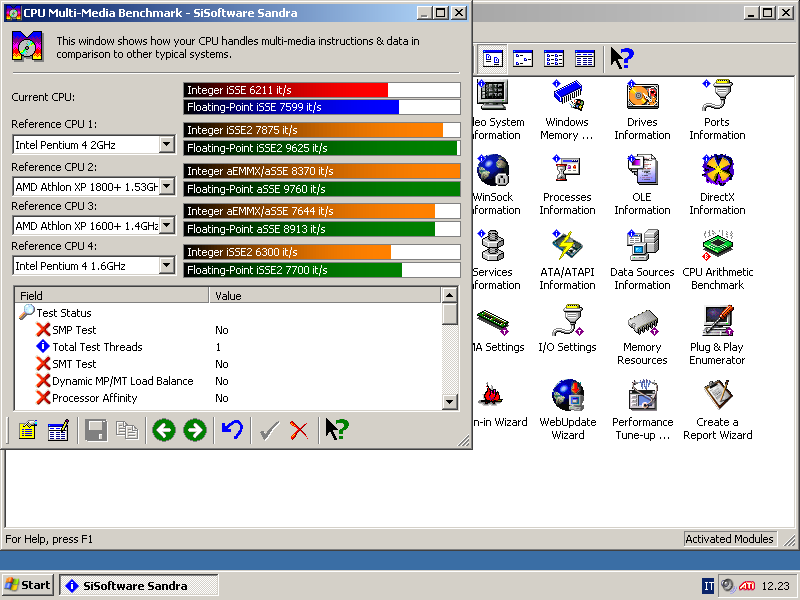 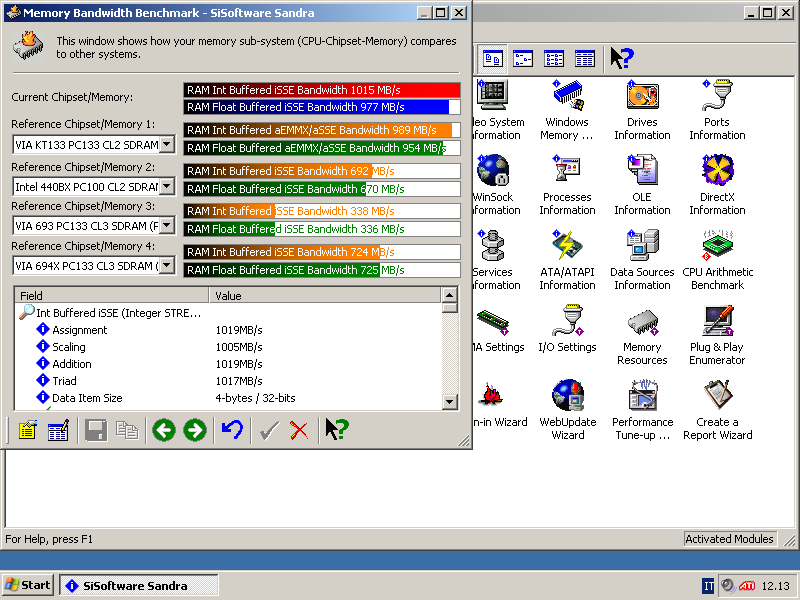 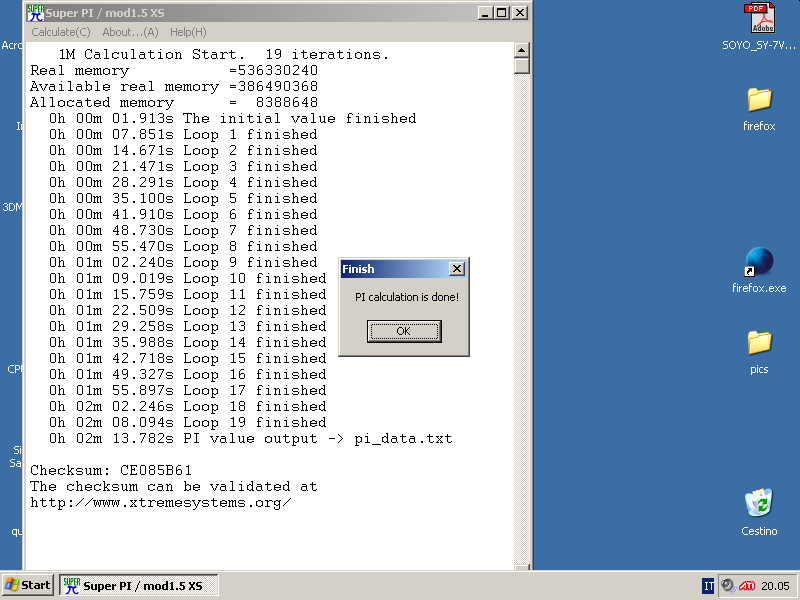 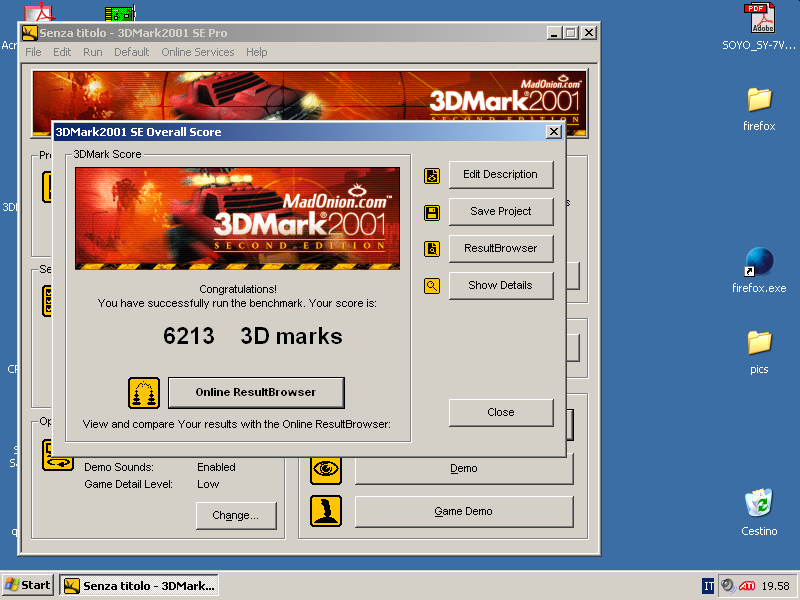 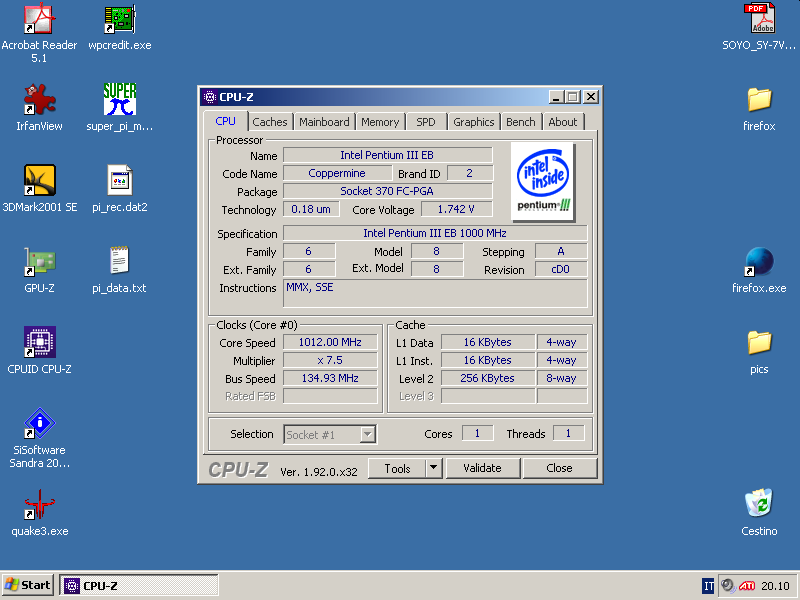 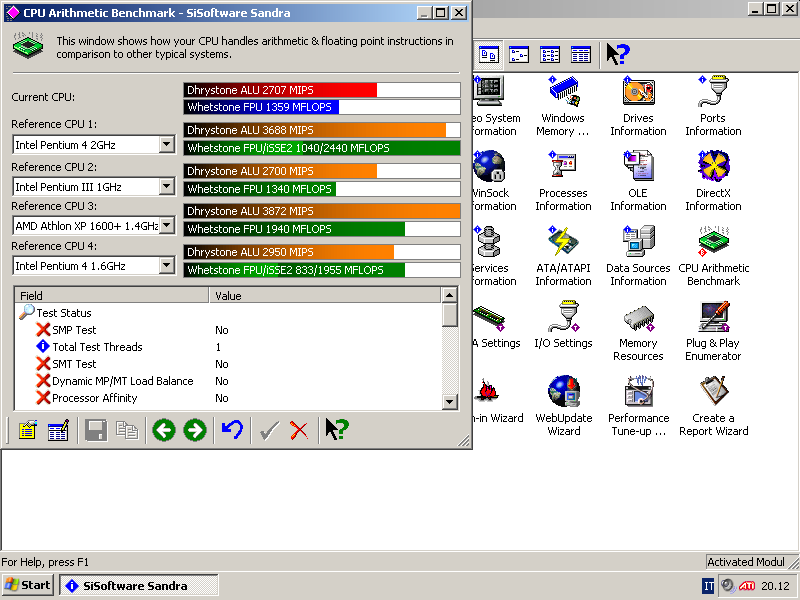 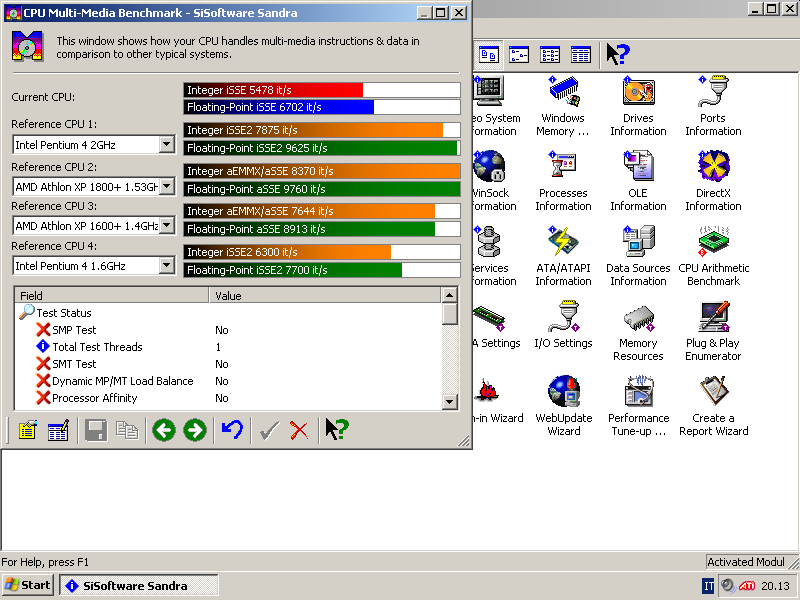 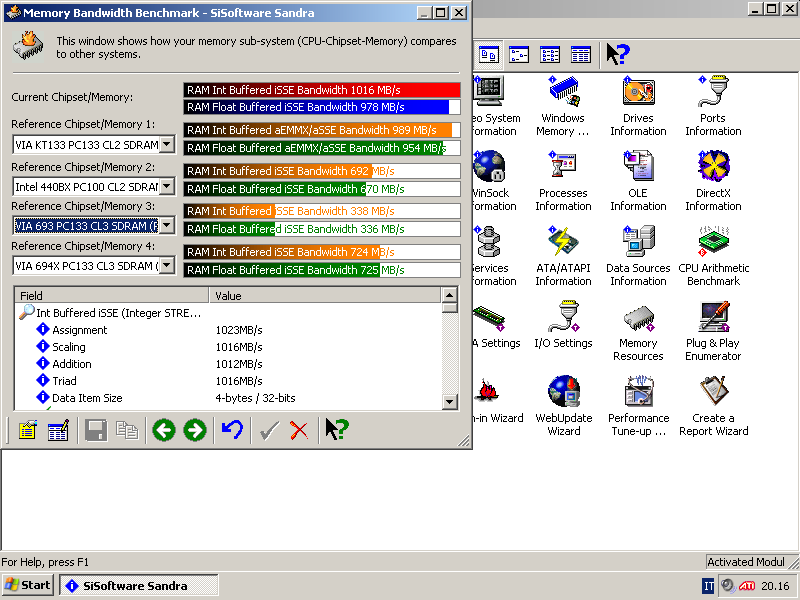 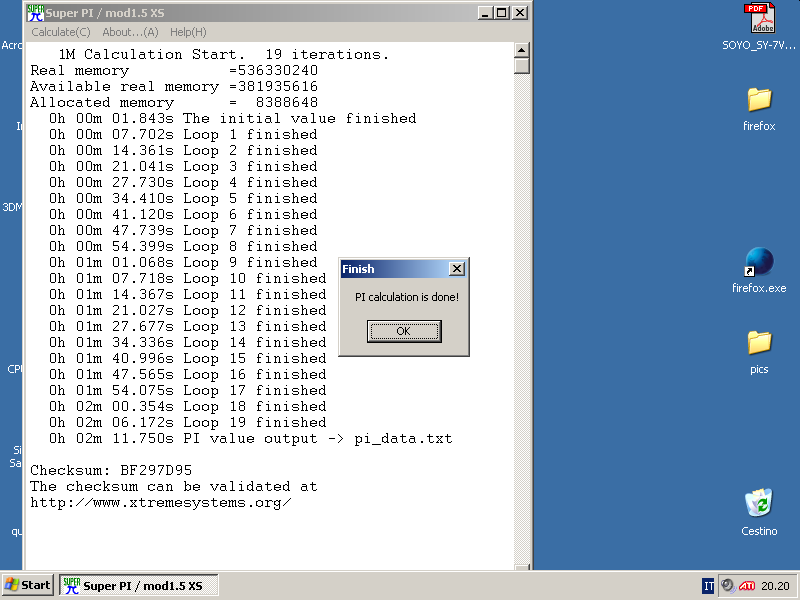 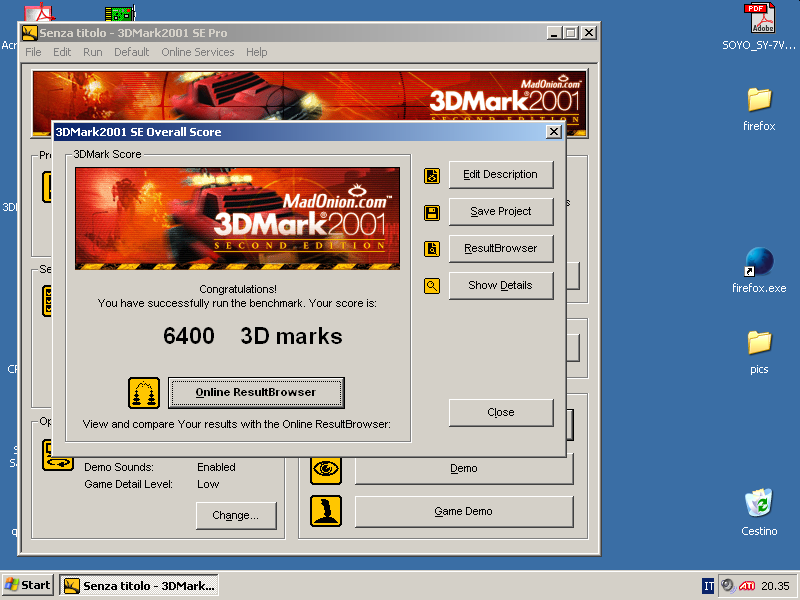 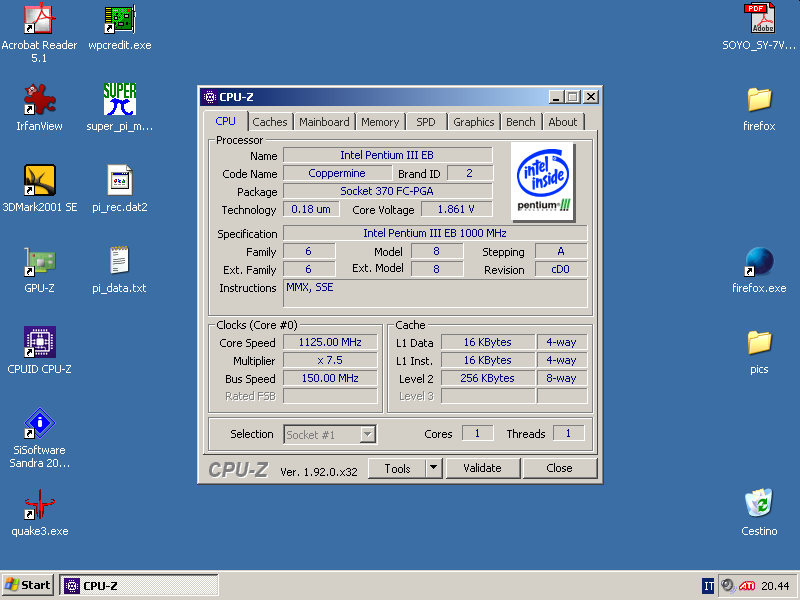 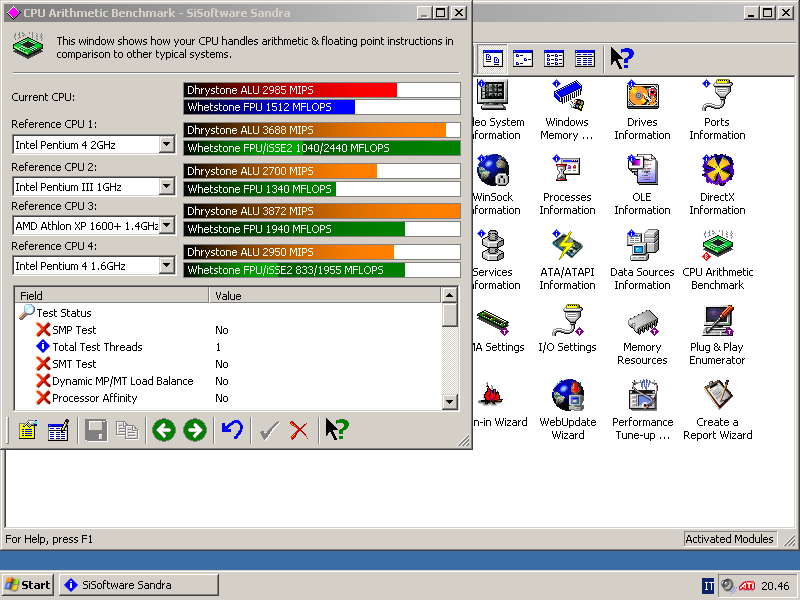 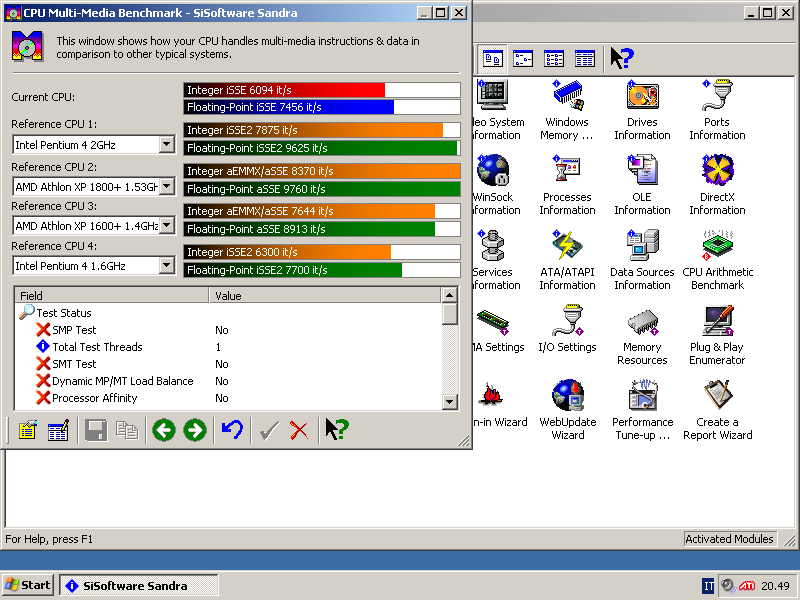 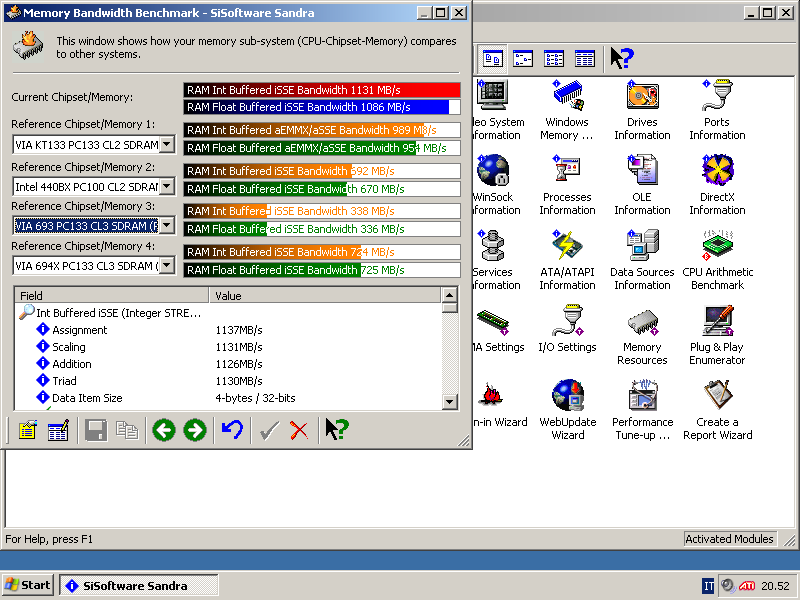 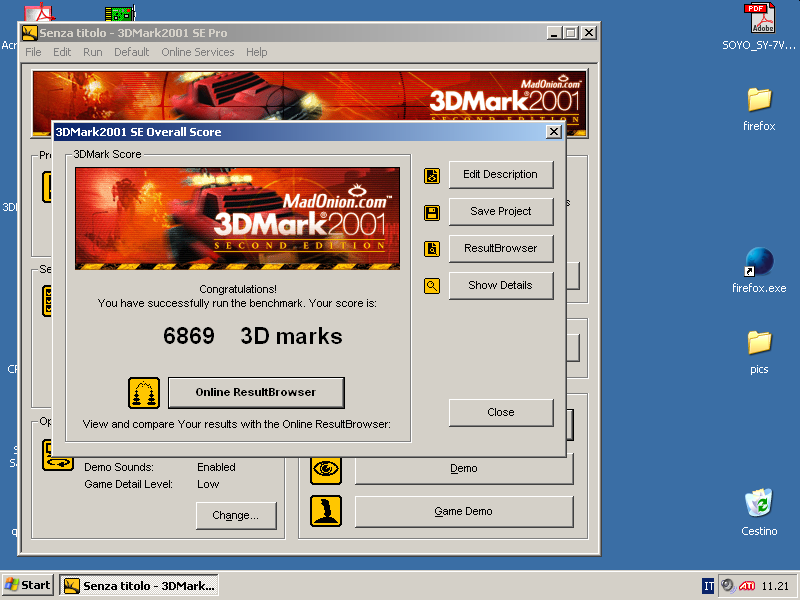