CMOS battery dying, now can't boot from floppy even though it autodetects the drive

Hi all, I just hooked up my 166mhz computer again for the first time in a while. The CMOS battery seems to have died (or rather it says "low battery" but it acts as though it's completely dead).

I was hoping to still be able to boot because it seems to autodetect my drives correctly. Unfortunately it's acting weird. It insists on booting from A:, which is fine since I've got a boot floppy (several of them, which I tested and found to still be working with another computer). But it just doesn't seem to want to do anything. It says "reading boot record from floppy..ok" and then does nothing. Eventually when pressing any key it does it again. 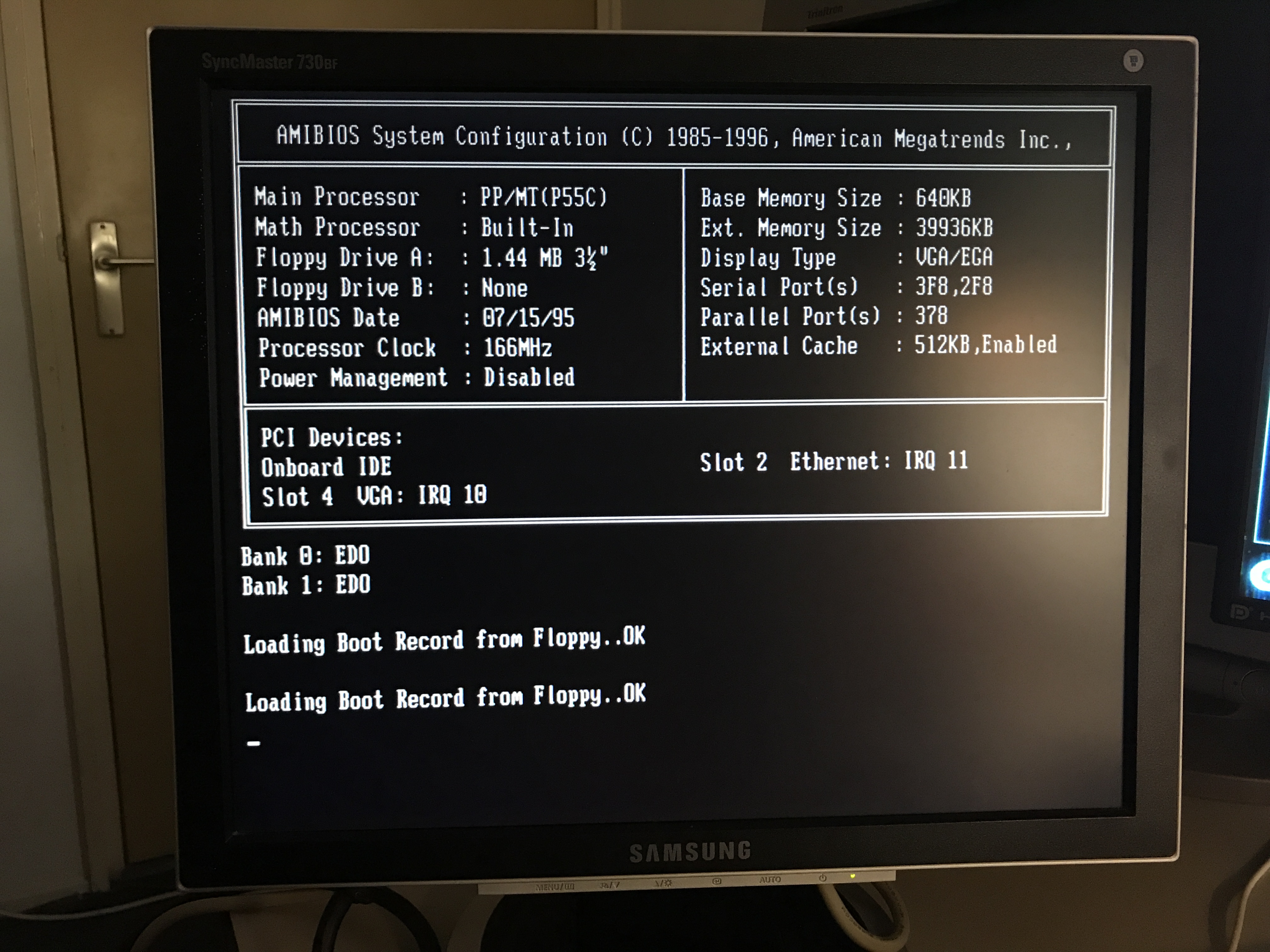 I haven't been able to figure out how to get it to boot or why the boot floppies don't work. Unfortunately this BIOS doesn't seem to have the option to select a different boot drive one time, as far as I know, only by changing the order in the BIOS, which doesn't work.

Anyone know if there's anything I can do? Unfortunately it's one of those CMOS batteries that requires desoldering and I'm terrible at that...but if I can boot into the system somehow, even just to a floppy, I'll probably be able to use the 5.25" drive to archive some files.

The motherboard is an AOpen AP53.

It seem to have a non-socketed Dallas chip. You could crack it open and attach a new battery without desoldering it. In any case, you need to get a new battery up and running if you want the system to work.

See if there is someone local and can fit a socket where the battery is. That is the best way to approach this If you are not confident doing it yourself.

Interesting thing about being able to open up the chip itself and replacing the battery. I'll have to look into that.
And yeah, I'm just not good at that stuff, so maybe I should put out an ad on marktplaats (Dutch second hand site).

To me the most important thing is being able to archive my 5.25" floppy disks, so I'm thinking I'm looking into maybe getting an FC5025, since my floppy drive is exactly the recommended one.