Hello,
Not necessarily retro, but I feel like this this forum has the best audience to answer my question.
I'm fixing up a garbage find but still good (1156 i7) PC to hopefully resell it. With a good used SSD and some extra eBay "Price + Shipping, lowest first" RAM it came up really nicely. It's an HP prebuilt and the motherboard has a Mini-PCIe slot.
As I have some wireless cards from dead laptops and antennas from junked routers, I can add WiFi to it essentially for free.

The best I found in my pile of parts was an Atheros thing that has wireless via PCI express and Bluetooth via USB. However the motherboard slot only carries PCIe.
Putting it in as is works, the wifi part shows up and works, Bluetooth obviously doesn't appear as it's not connected but there are no errors or anything. However I feel like doing it this way isn't proper.

Therefore, as there are several USB headers that won't ever be used, I decided to connect the USB pins of the slot to a header, and now everything works. I am comfortable with my job, and if it were my machine it would stay like this, but as I hope to sell it on I'm not so sure. 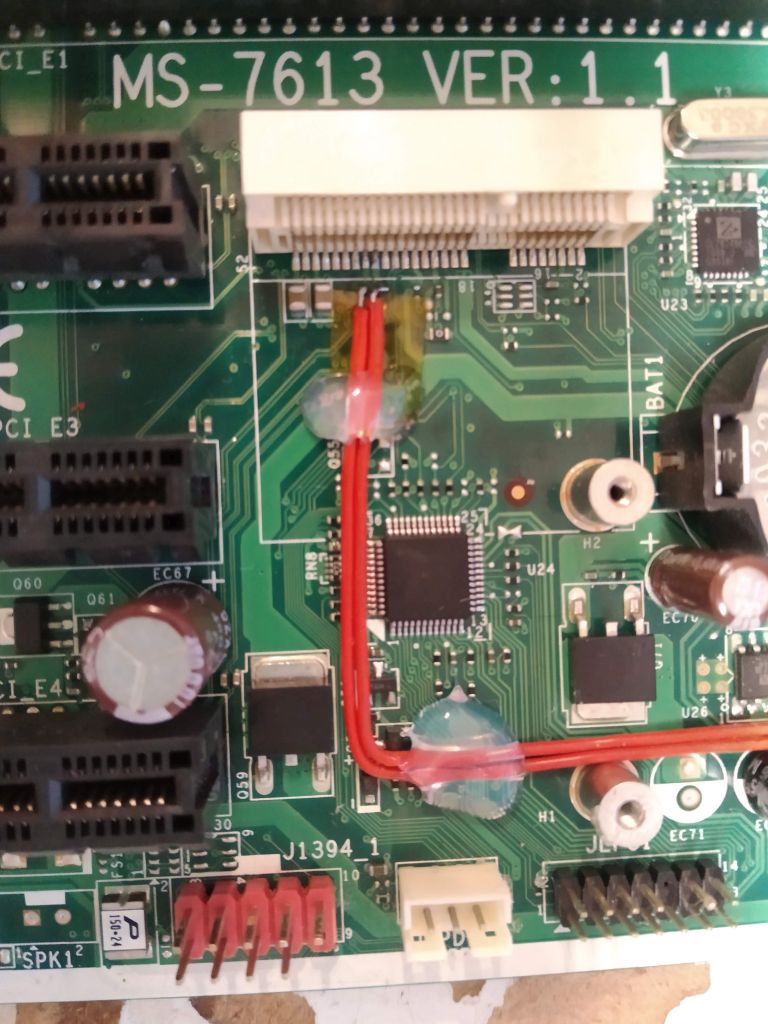 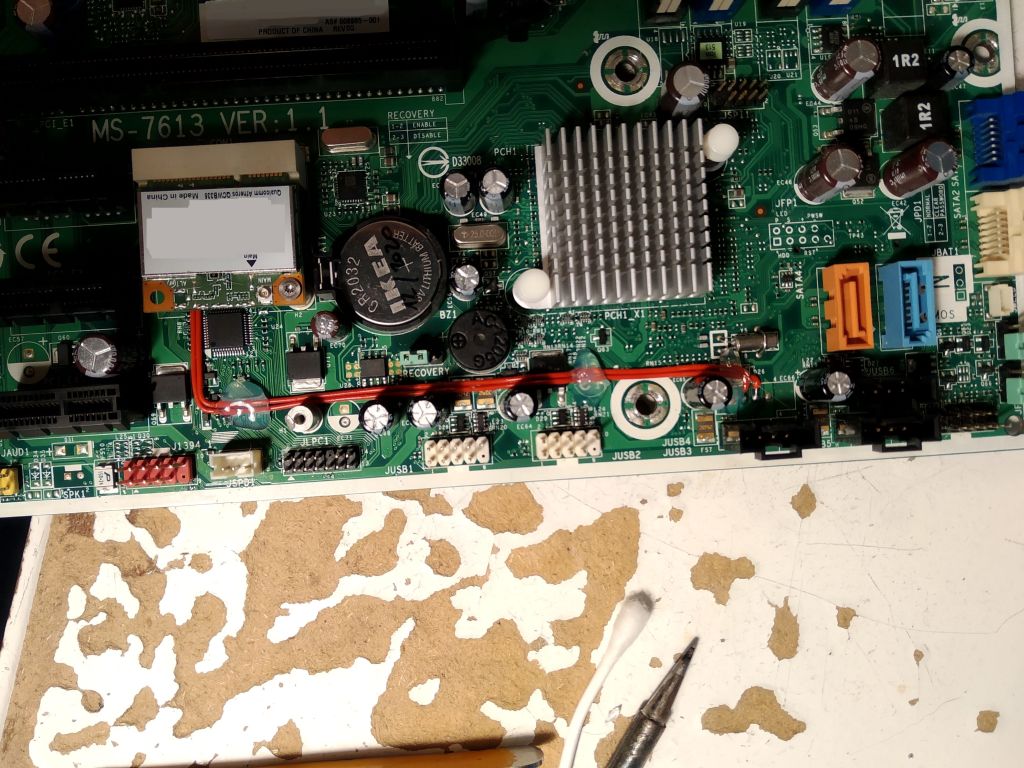 After some more thinking about it I chickened out, found another Atheros card that's only Wi-Fi, removed the bodge wires I ran previously and resoldered the header I pulled.

Now I'm asking, imagine you bought a used computer that had such a work done to it, would you consider acceptable?

With how neat and clean your job is I'd have zero issues with it. And honestly it looks factory done.

Looks acceptable. Normally you'd use a smaller gauge wire and fix it to the board with kapton tape instead of hot glue. However, the routing and soldering looks good. I wouldn't complain, and I'm pretty picky.

Well, thank you 😀.
I agree that the wire was a bit thicker than what should be used, but was the only thing I had at home and shops were closed because of the government. And my "koptan" tape won't stick to anything reliably.