I finished Xen too a little while ago and I think the problem with Xen and most Half Life games is the heavy reliance on puzzles in what is essentially an action game. I think you could pull this off given the correct game design but to me it feels disconnected from all the Half Life games. I know most people must disagree but I feel like half life is really 2 separate games crammed into 1 and for me it feels awkward. I much prefer a HALO approach which emphasis the action and "puzzle" through the action in the manner of enemies and firepower brought to bear, not physics puzzles.

Maybe in VR the game design and engine will be more fitting for the heavy puzzle elements in Half Life. I actually think Half Life : Alyx might be a better fit for the whole series.

Why do people talk about xen as if it's a stand alone game? It's a level ffs.

^^ That looks pretty nice! I'm going to have to check it out one of these days. Love the retro workstation; guessing one of the devs has that exact setup at home.

Predictably, I've been playing a bunch of Heroes of Might & Magic 2 after digging up my big box copy. I do appreciate the stuff that was added in Heroes 3 a little more now after going back, but H2 was my jam for so long it didn't take much to get used to it again.

I made the mistake of starting a new scenario around 11:30 last night... "I'll just play for an hour and save my game and finish it later!" I thought. Yeah right.

Why do people talk about xen as if it's a stand alone game? It's a level ffs.

Maybe because it was released totally seperate from Black Mesa? What does it matter to you ffs?

I've been playing Doom Eternal and I can't say I'm enjoying it to be honest... I liked the 2016 Doom, but I think they're gone completely overboard with the "arcade-y" feel of this, gameplay-wise there's too much emphasis in non-shooting mechanics (glory kills, bloody punch, flamethrower, grenades, chainsaw, too many buttons for me to keep track of).

If you play it like a regular shooter you're constantly running out of ammo no matter how good your aim is, and enemies are bullet sponges unless you kill them with a specific mechanic intended by the developers (such as lobbing grenades in a Cacodemon's mouth). It's like the shooting itself is a secondary thing here. The "arena" sections of the game where you're locked in as waves of enemies are thrown against you feel like arcade nonsense, even less integrated to the level design than the previous game, they're just elaborate set pieces with randomly hanging bars which you can use to jump around frantically like a monkey on crack during battle.

Worst of all, they have removed the basic pistol with infinite ammo so you can easily run out of ammo during a battle if you have not upgraded your inventory properly... in one occasion I had to resort to punching a Hell Knight to death (didn't go well).

The art design is atrocious, with glowing items floating everywhere like in a Mario game, everything is so colorful left and right and the enemies seem to be really cartoonish-looking. I know this is supposed to be a call back to the original games, but those had a much darker feel and did very well to create a hellish look and feel given the graphic limitations of that era.

Regarding the story/plot, I realize this was never a strong aspect of Doom, but in Eternal it's an unnecessarily convoluted mess with lore, heroes and villains like a space opera. What happened with the good old tough marine fighting a Hell invasion? Also, it doesn't even follow properly from the story of the previous game, as if they had removed the first 3 or 4 missions that explain what happened after the end of Doom 2016.

TL/DR: really disappointed, too much emphasis on silly mechanics rather than shooting and lousy art design/style. I think Doom 3, despite the bad rap it got, was a much better game than this.

I think Doom 3, despite the bad rap it got, was a much better game than this.

I thought Doom 3 was fantastic. Original flashlight mechanic and all. I was glued to my computer in 2004 between that and HL2 being released. Good gaming year.

I thought Doom 3 was fantastic. Original flashlight mechanic and all. I was glued to my computer in 2004 between that and HL2 being released. Good gaming year.

Agree! I think the survival-horror aspects enhanced the gameplay greatly, so I was sad to see id Software moving away from it.

But it looks like we didn't get the memo which says that Doom should be about running at breakneck speed in levels made with Mario Maker, colorful power-ups and resource micro-management... apparently those are the things that made the original Doom games great (?).

Just finished Fallout 1, what a blast! Really enjoyed it.

Not to mention that Fallout was played on a retro machine from that time, so extra enjoyment there.

Couldn't have summarized it better myself.

The issue with ammo seems to be that you need to use the chainsaw on the zombies but if there are no zombies and you are out of ammo then you are SOL and you need to kill yourself. It seems ridiculous you'd have a chainsaw, shotgun, etc but no pistol.

Yeah the story doesn't make any sense. I almost feels like there is a comic or some other media you are supposed to consume to find out what is going on which is just lazy. No one plays Doom for the story so instead of doing it quarter assed just leave it out.

Playing Tales of Monkey Island, surprisingly the story fits the current situation in the world. After I had mixed feelings about Escape From Monkey Island this has positively surprised me. Also Guybrush and Elaine are again behaving like the original characters. I still have the last episode to finish, usually the last chapter is the worst part of every MI game.

I'm stuck in a bit of a rut and don't know what to play really. I sort of have a Mass Effect Trilogy playthough going on, got sidetracked into retro activities. I build and tore down about 5 builds since the weekend and got annoyed that I couldn't just decide on a system (or even 2). But I've now settled on my not particularly retro at all i7 860 "I Don't Need to Upgrade: Modern Gaming on a 10 Year Old Platform" PC, but paired with an AMD R7 570. Currently playing Transport Fever 2 on this system and browsing bits and bobs on my main screen. 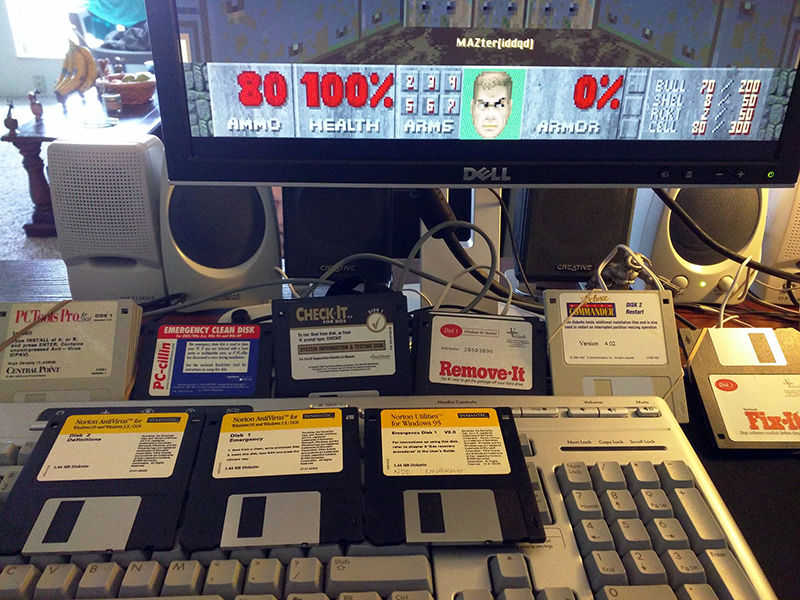 I started playing Divinity: Original Sin EE; I wanted to see what it was like prior to buying Baldur's Gate III. I have mixed feelings about it, two hours it, but I will reserve judgement until the story picks up a bit. To be honest, I feel like moving on to Tides of Numenera or Tyranny already..

I’m trying to find my other racing games such as Daytona USA, CART Precision Racing, IndyCar II and NASCAR Racing... I hope I can run them on my Win2K VM.

I've sunk around 15 hours into Divinity: Original Sin Enhanced Edition so far, and I have.. mixed feelings about it.

It's a very well made RPG with a very nicely hand-crafted world, sensible encounters, great character building and combat mechanics - as a game it is very polished and rewarding.

However there are some things that rub me the wrong way: Even though it has an epic plot about saving the universe that spans a vast timeline it is at heart still a game that takes itself very llightly, from the world to the story everything feels self aware and genre-satirical to some degree. It is to RPGs what Evil Dead is to horror movies, in some way. That is fine if you want to play a lighthearted action focused RPG but it totally lacks immersion which is a fundamental flaw for me - I don't get satisfaction out of it the way I wanted to.

So I am torn, I either forfeit the 15 precious hours I already sunk into it and start playing Tyranny/Torment/Pillars, or keep sinking about 85 more in the hopes that I will get used to the tone and end up enjoying it as most people did..

Anyone else have experience with this game to share?

The biggest problem I had with Divinity: Original Sin was that the combat felt too puzzle-y most of the time. Due to the environmental factors the dev routinely decide to throw encounters that you couldn't defeat without using environmental factors, like electrifying water or setting something on fire, or other less obvious things. To me this gave the combat too much of a puzzle feel, I'd rather strategy be the deciding factor in encounters in a game or else it starts to feel more like an adventure game than an RPG. I didn't enjoy this game as much as everyone else did either.

So I am torn, I either forfeit the 15 precious hours I already sunk into it and start playing Tyranny/Torment/Pillars, or keep sinking about 85 more in the hopes that I will get used to the tone and end up enjoying it as most people did..

Anyone else have experience with this game to share?

I played the original version (non-enhanced) back at release with my brother-in-law via lan. It was an absolute blast to play co-op. Now that I think back, though, I am not so sure I would have enjoyed it as much solo. I also remember it seeming very short, but that might be because we played almost a week straight and had so much fun with it.

Just got The Witcher Enhanced edition from GOG and struggling with the controls, but I 'll get there. The cut scenes are cool
as well as the story. Playing it on my i3 setup no problem, gonna have to upgrade though if I want the latest Witcher game.

Ok been playing this off/on for 2-1/2 months on easy mode and I still suck at it. It's my first RPG experience and having a lot of trouble picking
up on the "nuances" of this type of game. Currently stuck in chapter 1 interacting with smoking hot witch Abigail and get her to coat my
sword with some grease concoction for fighting the ghouls in a cave. After paying her the fee I have to also buy the ingredients after which
you're picking dialogue options that only offer "Can I ask you something" and she says "If you must" which leads to nowhere so my
sword doesn't get enhanced. So I say to hell with it and go fight the ghouls and get my rear handed to me, also couldn't figure out how
to light a torch or get some "cat eye" potion since the cave in spots is too dark.

Anyone else struggle this much with this game? Got Witcher 2 but really want to finish this game first before moving on. Part of the
problem could be me playing it late at night when I'm tired so maybe early morning on the weekend with plenty of coffee flowing
will fare better. Are all RPG's like this? Can anyone recommend another RPG with an easier learning curve?