A lot of Cybermage talk here lately, and this came up on my YouTube subscription feed today.

A lot of Cybermage talk here lately, and this came up on my YouTube subscription feed today.

That was well done. 😀

Half-Life 2
I'm almost 11 hours in and have just gotten to the bottom of the Mines, on my way to Highway 17. Ravenholm was pretty intense. So far, I'm really enjoying this game, though I have to say there's a little too much action and not enough downtime/exploration. I feel like in my mad dashes to get through some of the heavily infested areas, I might be running past loot or secret areas. The previous area with the airboat was a bit too long as well. Neat, fun, but I was ready to be done with driving madly around on the airboat way before that section ended. I like games that alternate tension and release in roughly equal amounts. HL2 seems to have about 90% tension and 10% release. 🤣.

I finished NOLF1 today. This is the GOTY edition so I got to experience the extra episode at the end that I didn't play when it first came out. Even the ending sequence is excellent. Great game overall.

Now switched back to my voodoo5 PC. Tried out a couple of games to decide what to play. First up - Unreal Nali Pali. I was amazed at how much better it looks on the V5 compared to the Savage4 - and it plays smoothly at 1280x1024x16x2AA which was a surprise, lesser texture quality be damned. Also tried Deus Ex GOTY, never played it before and I straight away got the sense of how much of an RPG it is. Might try out a few others before settling on one to play through.

Stranger of Sword City (WIN)
What a dumb name for a game!
This is one I've had in my library for some time, and I had even got around 10 hours into it, but got sidetracked with other games. After completing Stygian (and playing some console games) I was in the mood for a "blobber" so I restarted this one.

This is basically a Japanese take on classic Wizardry (grid-based movement, etc.) though it has its own quirks. There are more classes to choose from and spellcasters have magic points rather than spell slots. It also uses a "life point" system where characters have anywhere from 1-3 LPs based on their starting age; a character that loses his last LP is gone for good. Having said that, the game does not auto-save so if something horrible happens you can just reload your save.

This is a console port and it shows. It's obviously meant to be played with a controller, but can be played with a keyboard and/or mouse (all controls can be customized). Annoyingly, the game displays button/key numbers as shortcuts on the screen (for example it will tell you that you need to press button/key "4" to access the menu). You can, however, configure two keys/buttons per action, so I've set "ENTER" as the confirm key, "ESC" as the back key, and then the number keys for actions 1-10. This actually works quite well once you get used to it.

Being a Japanese console port, this also means tons of text displayed 20 characters at a time. The story and dialog are both childish and uninteresting to begin with, but the translators sadly chose to be very faithful to the original Japanese and so the text is very awkward. Having said that, there aren't any typos or anything and it definitely isn't machine translated, so it's more an issue of the content itself being dull.

As a game, though, it's a lot of fun. Slowly building up your party and unlocking shortcuts in the various dungeons is a lot of fun (and can be quite difficult at first). It does have some nice QOL features. You can select any point on a map you've explored and have the game auto-navigate to it—very convenient. It also has set "grinding" points, though it seems so far that there is no need to grind artificially just to make progress. These are more akin to the "Murphy's Ghost" encounter in Wizardry: Proving Grounds of the Mad Overlord, and are probably meant to quickly build up levels for new characters if you are playing iron-man (i.e. not reloading your save if a character is lost permanently).

Overall, it's a good time. I like it so far, though probably not enough to stick around for the post-game content. We'll see!

Starting playing a bit of Portal. Not sure if it will be my next game on my modern PC after finishing World in Conflict, but thought I would give it a try. I have owned it since the Orange Box came out but never even tried it once 😒

Portal is great but I prefer Portal 2 - far less focus on twitchy timed puzzles, which I'm too old for 🥴

I started playing through the latest release of New California for Fallout: New Vegas last night, it's pretty fun and this time through I have 4 companions from Vault 18.

I'm back on my WinXP machine playing FarCry after a small 14 month break 😉 Nearly at the end I'm guessing.

I'm back on my WinXP machine playing FarCry after a small 14 month break 😉 Nearly at the end I'm guessing.

Good luck! Somewhere near the end, I got to a point where it was too hard for me to get past. After dozens of attempts I finally rage quit and never tried again. I wanna say somewhere between levels 15-18, I can't remember for sure. 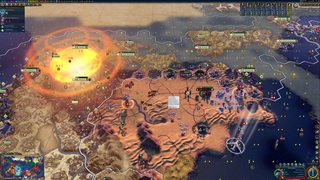 Am I doing things right? This is the best armor I have found for my female companions so far in New California. 🤣

Is that Civ V or Civ VI? 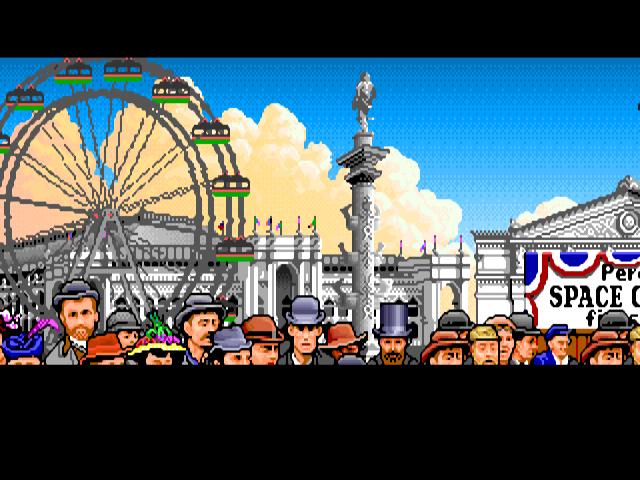 GOG DOSBOX cannot scale up the game to full resolution when using OpenGL though. I wonder why.

Last Christmas holidays I was really into Outward, which was relatively new then. It was perfect for lazy holiday mornings but I lost interest once I was back at work and didn't have the time or inclination to chip away at quests, manage the inventory, and prepare for each battle like it's a puzzle to be solved. But holidays are back baby! And there have been several updates and some DLC released since so I'm starting from scratch and getting to know this quirky game again - it's still a love-it-or-hate-it affair but I really do like it, it's very satisfying and relaxing for the most part, with some tense battles here and there to keep it interesting.

Well, I just finished playing Cyberpunk 2077 and I have mixed feelings.

Overall I'd say the game was enjoyable, the city looks really good, with tons of detail, storyline was engaging, voice acting is top notch and the gameplay is not bad. But there are quite a few aspects that I was disappointed with:

I suspect something went really wrong during the development and they were forced to abandon many RPG aspects turning it into some kind of looter shooter, maybe upper management pressure for releasing or something like that.

Is the Witcher 3 also like this? I had the intention of playing that one as I completely missed it when it came out, but now I'm not sure. I think I'll concentrate on my retro backlog for the time being...