So I'm returning to the playthrough I started of Unreal.

I gotta say though, Quake 2 has far more playable level design over Unreal. Just tries too hard to be pretty or believably designed. The AI sure is better in Unreal though... but I'm not sure I really enjoy it after an 8 hour work day, putting the toddler down for the night, my evening household chores, putting the wife down for the night, and then finally getting some gaming time in. I can only muster maybe 30 minutes for that sort of challenge before I just feel burnt out. How age changes things.

Not sure what I'm in the mood for after Unreal.

As I age I find myself going back to 2.5D shooters than playing early 3D shooters. The former are instantly rewarding and gratifying, but the latter mostly feel like style over substance and a massive chore from start to finish for some reason. So yeah, I get the whole deal with Unreal, to be honest. I can't imagine myself playing Unreal in the limited 1-2 hours of self time I get to myself every other day..

Graphics are only slightly improved over the original. Lara certainly looks better, but the enemies are still super blocky. There seems to be more combat and fewer puzzles compared to the first game. Also, the platforming sequences somehow feel contrived and less natural than in the original. Still pretty fun to play, at least so far.

I'll be starting Half-Life 2 Episode 2 this evening. I just finished Episode 1. Man, that last chapter in Episode 1! Anyhow, Chapter 1 took me 7 hours to finish. I wish more games were this short. At this stage of my life, I'd rather pay $30 for a 20 hour game than $50 for a 50 hour game.

Stranger of Sword City
I had played this for something like 10-15 hours a year or two ago, and then stopped for some reason. During this initial attempt, I had created multiple parties to fill up the roster, so that I could swap character in and out as they were recovering.

Years (?) later, I decided to start over and this time went with a different approach. I created a single party, and decided I would just create a new character each time I needed to let a character who had been "killed" recover. This is a lot more comfortable for me. The game does let you save at the "town" so you can always just reload the game no matter what, but that can also get a bit annoying (enemies capable of critical hits are quite prevalent in certain areas). After 5-6 hours, I've finally reached and exceeded the point I reached during my previous attempt.

The game is clearly and heavily influenced by the classic Wizardry games. Having said that, it's got some good and bad points in comparison to that classic series. Because it does not have permadeath (unless you choose to roll with the punches), it's also quite a bit more unfair than even the somewhat brutal Wizardry I. Your party starts out quite strong in terms of HPs, but has no resistance to critical hits or magic. Individual deaths and party wipes can be quite common early on, unless you play VERY conservatively.

However, your spellcasters soon begin learning spells and abilities that make a huge difference, such as magic walls (that protect against magic for a single turn) and multi-target buff/debuff spells. So the difficulty curve is like a cliff, where once you reach level 8 or so things start to become much more manageable. At that point, you can begin exploring without having to worry so much about debilitating character/party deaths. Perhaps more importantly, once you complete the first dungeon the game provides you access to multiple dungeons. That means you can explore any given dungeon to the point where it becomes frustrating, and then head back to base and start exploring another.

Fun game! It's not anywhere near the level of the best of the classic Wizardry games (I and V), but it's maybe as good as if not better than the lesser entries (II and III). 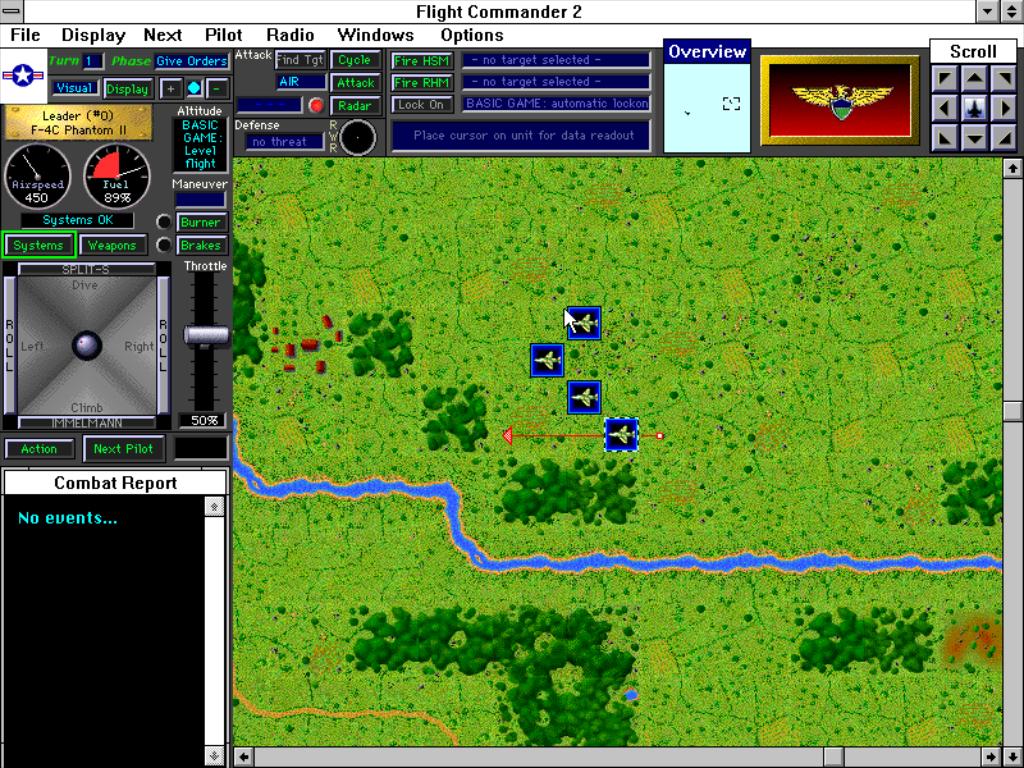 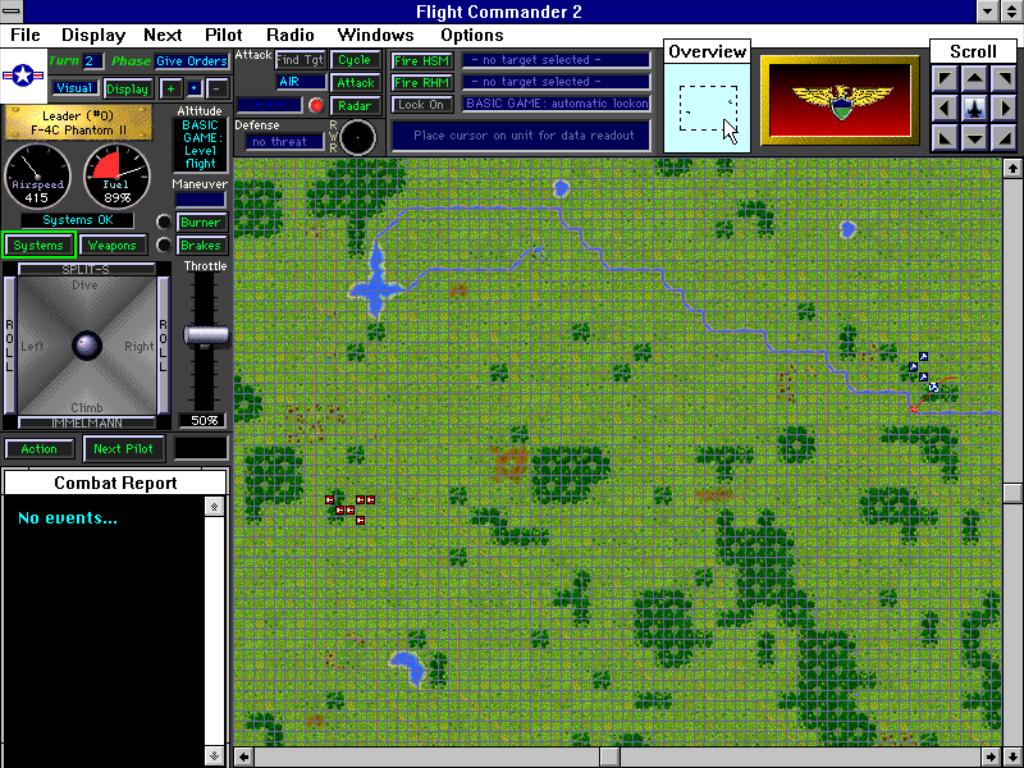 Zooming out to see the bandits' position. 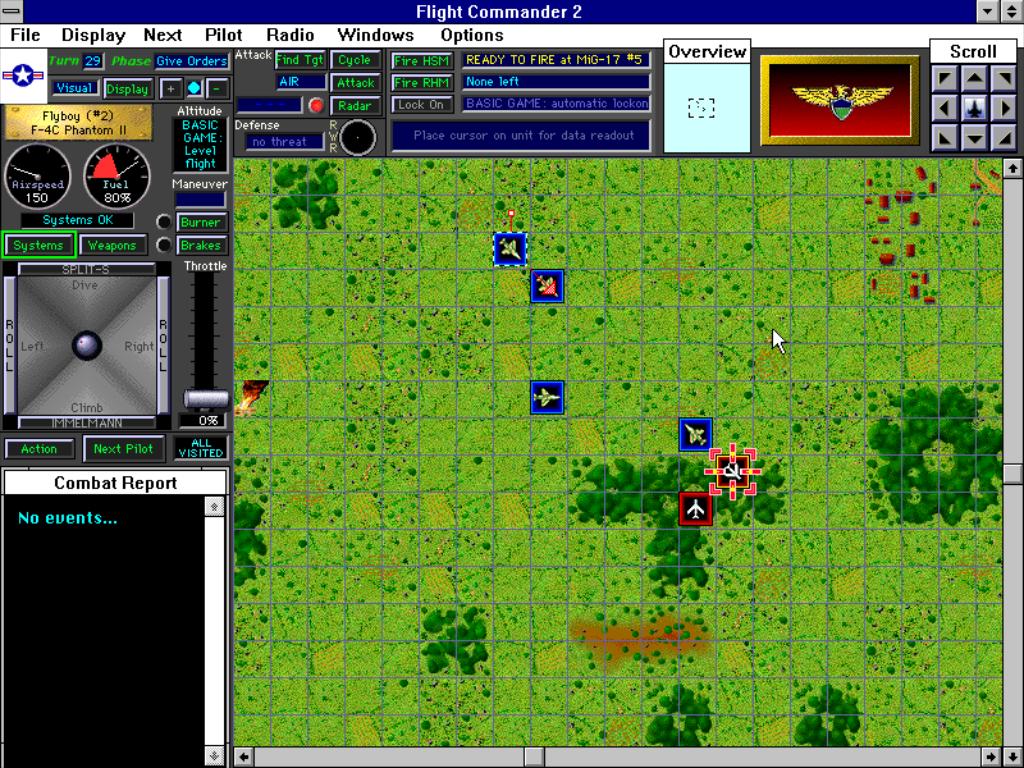 Getting a tone. Fox two! 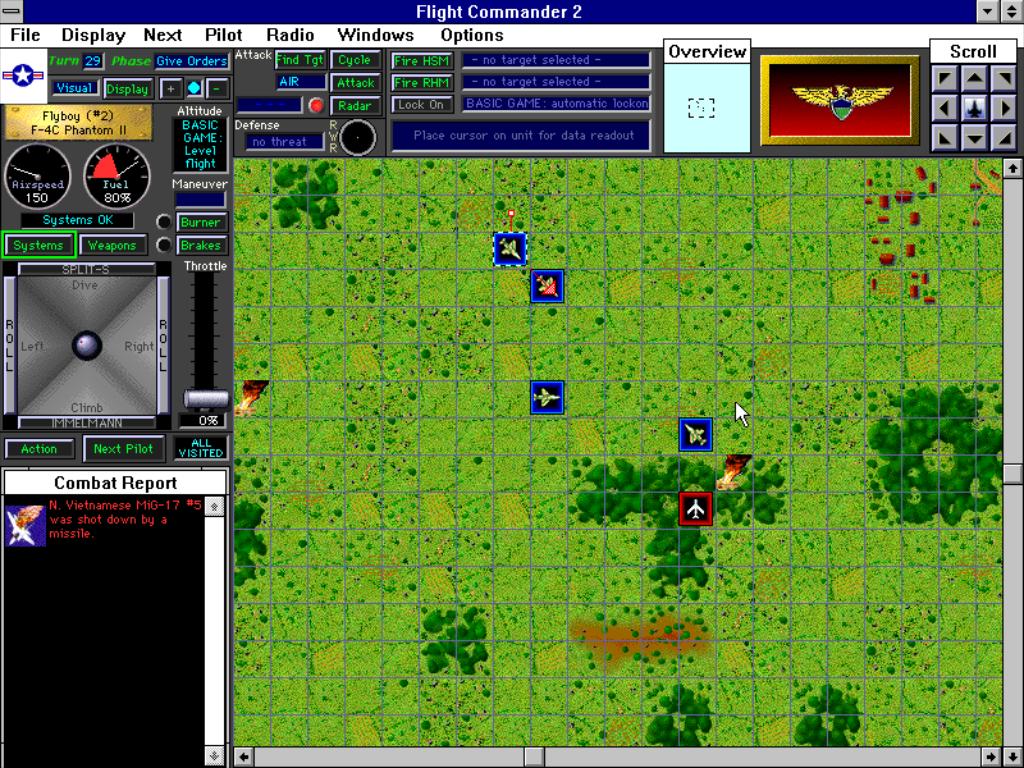 I just finished White Marsh Pt. 2 expansion in Pillars of Eternity. Some parts of the expansion felt like it really jumped the shark to be fair, and the obnoxiousness of the combat encounters were dialed up to 11 in some parts (I chose to go into the Ondrite Temple with swords in hand and nearly got my ass kicked by what seemed to be a bunch of Monks who possessed the combined superpowers of Flash, Superman and Batman) but the story ended on a more or less satisfying note. Now I am back to the main quest and finishing up Act III. I feel Act IV will be very short..

I have forgotten how realistic and difficult Red Baron II is. It's me, with all realism turned down, desperately pursuing a novice enemy, and still can't bring him down. 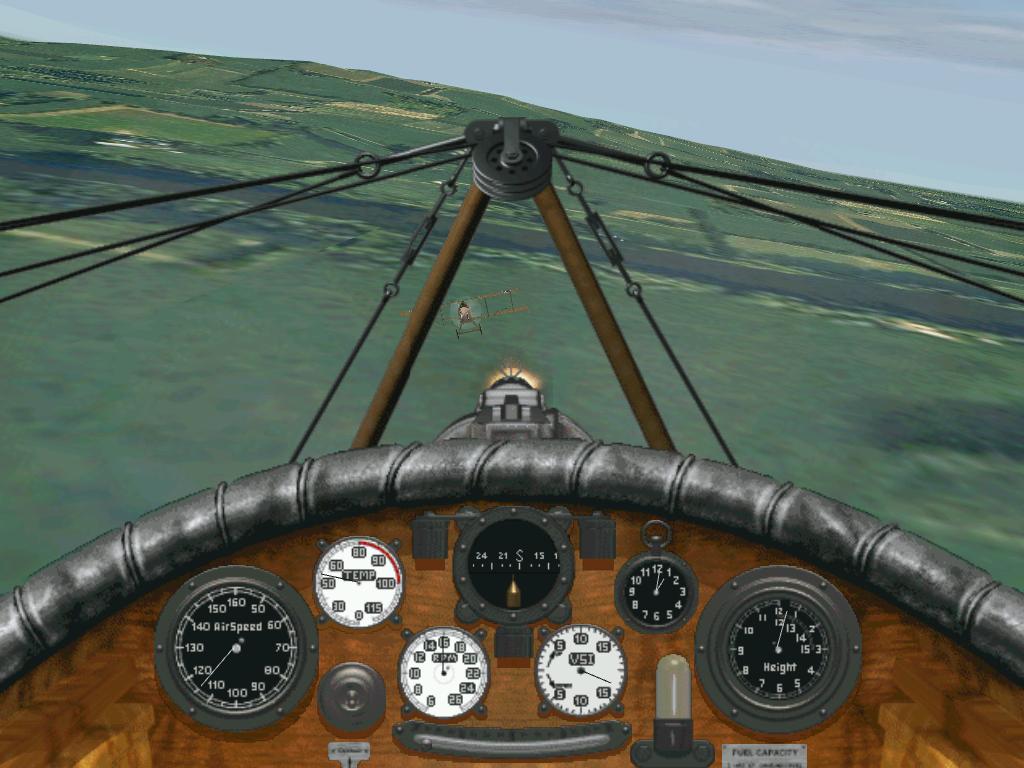 Why don't you just stand still, you little f$&ker!

In any case, I just went to the coordinates 25S 75E, which is Plashef's labs according to Sisik. I think I need to gather fertilizer ingredients here.

So here's the lab.

Instead, I met an interesting gentleman named Marcus. 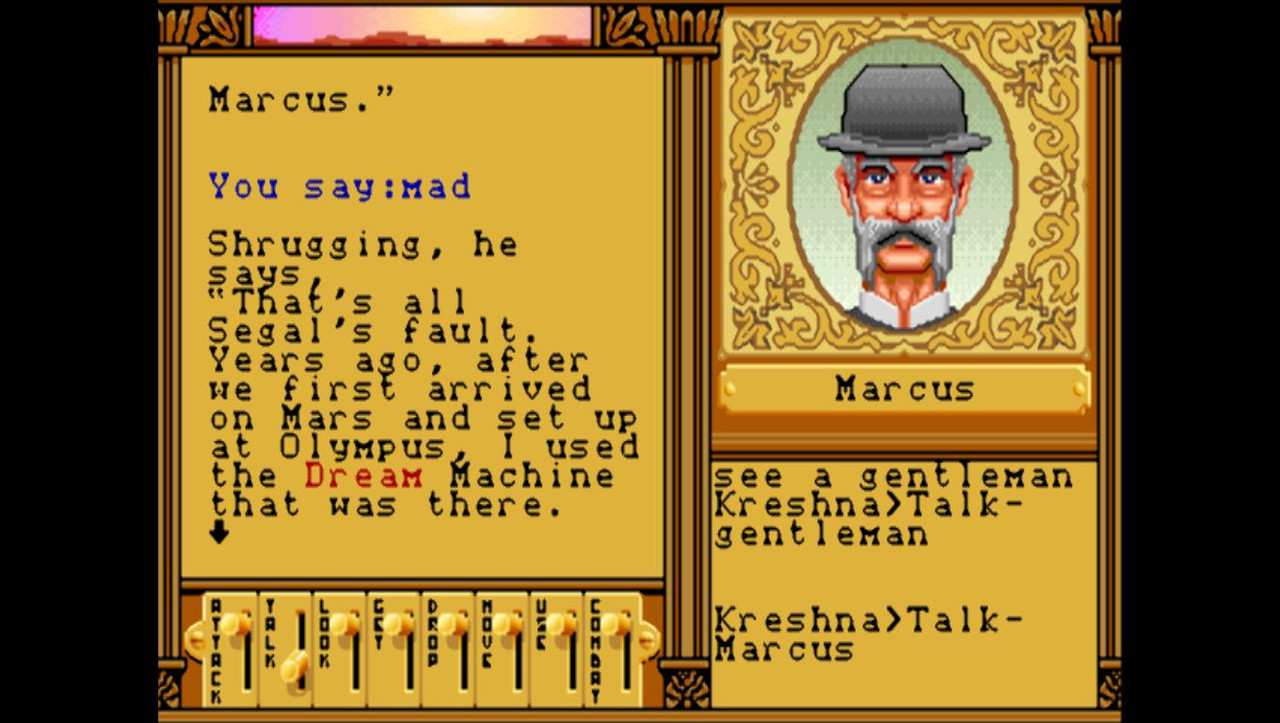 Same as you, actually. Started playing it somewhere in mid-1993, but I had to prepare for university entrance exam the next year. For all intents and purposes, my highschool was (and is still) a preparatory school, so it was a year of hard work and studying hard, especially since my parents wanted us (me and my brother) to enter this particular university (don't ask, it's a family tradition. My father, my mother, and many of my uncles and aunts graduated there). In any case, competition was high, and we had to study really hard. Naturally, there was no 'long games' until mid-1994; no strategy, no RPG, no adventure.

I still remember my last save; it was where I met Iolo, Dupre, and Shamino. I mean Dr. David Yellin, Major Greg Duprey, and Richard Garriott... um, Richard Sherman. But a year of exam preparation, plus another year of being a university freshman, made me forget about the game.

Fast forward to 1995 --right after I became a sophomore-- I was interested in long games again. I introduced Warlords at the frat house. My friends were originally non-gamers, but a fellow geek named Yudhistira was quickly addicted to Warlords, and so was everyone else. When he moved to Civilization, almost everyone followed. I tried to introduce RPGs like Martian Dreams, but everyone was crazy about Civilization at that time.

Anyway, I have found the Dream Machine! 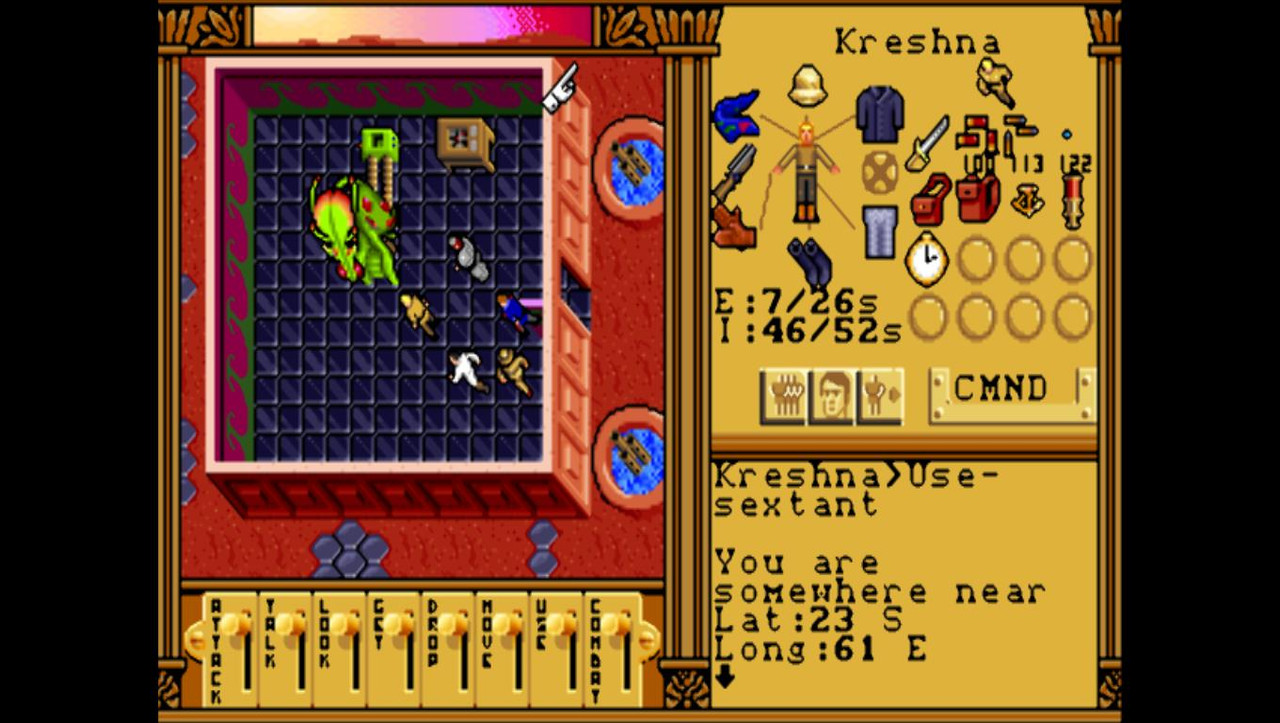 Upscaling filter is one of the reasons I prefer DOSBOX to real DOS machine for certain games.

Hexen II Hammer of Thyrion mod on my win10 rig. Works a treat, only thing is can't seem to track down the music files
for the mission pack Portal of Praevus. Found a "music help file" on this but don't quite grasp it. Seems the mission pack
uses the same music as the main game but renames the files. Anyone care to comment on this?

Slowly getting into the rhythm of Pool Of Radiance (1986). It's been over 20 years since I played a Gold Box game, and even then I started with the Krynn series where you at least could auto-heal/memorize during rest. Having to constantly manually heal/memorize each time was turning me off, but I am starting to do it by reflex now without much thought. I just wish I had another fighter/mage so I could bother keeping Detect Magic available for sorting through loot. Playing it with TNDLPT for sound really makes a difference to overall enjoyment I think.