Nah, it's a PC (DOS) title- kind of similar perhaps.

No idea but it looks rather South Korean and it's not Zycl*nt....

Getting closer 😀 It's actually the final game in a series, and the earlier titles are a completely different style/subgenre (they're more well-known too).

No idea but it looks rather South Korean and it's not Zycl*nt....

It sorta reminds me of Iron Blood but it isn't.

Well, it *is* on Mobygames... and if the Game Browser wasn't broken, you could find it by its theme. So here's another screenshot, this time with a more useful clue for finding it. 😁

I'm gonna have to give this one a try, it looks like my kind of thing. 😀

I had the era exactly right when I was thinking Saturn BTW, I ended up going through every DOS platformer in 1996 & 1997 until I got it.

Yep, it's not exactly an original/unique game but quite well done if you like that sort of thing. Nice music too. (But ridiculously difficult, and no save/password system...)

Woohoo, I never get these! Let's see if any of you remember this one:

I used to play the hell out of it. Great music too.

I'll drop a hint to keep things moving. This was made by a demoscene group on the Falcon 030 and also released for DOS.

Here's another screenshot of a more typical map, featuring several elements of the game's namesake. And yeah, all the backdrops are ripped from animes.

No guesses even? I really didn't think this one was that obscure, it had a shareware release and even made it onto some coverdiscs which isn't bad for a demoscene game! It was released in 1994 & is on Pouet, Mobygames, and Demozoo so it shouldn't be too hard to find.

Also, on further playing, I take back my comment about the music. Some of the tracks are pretty decent, but one or two are just hold-your-nose bad. 😜

Hopefully not too easy! 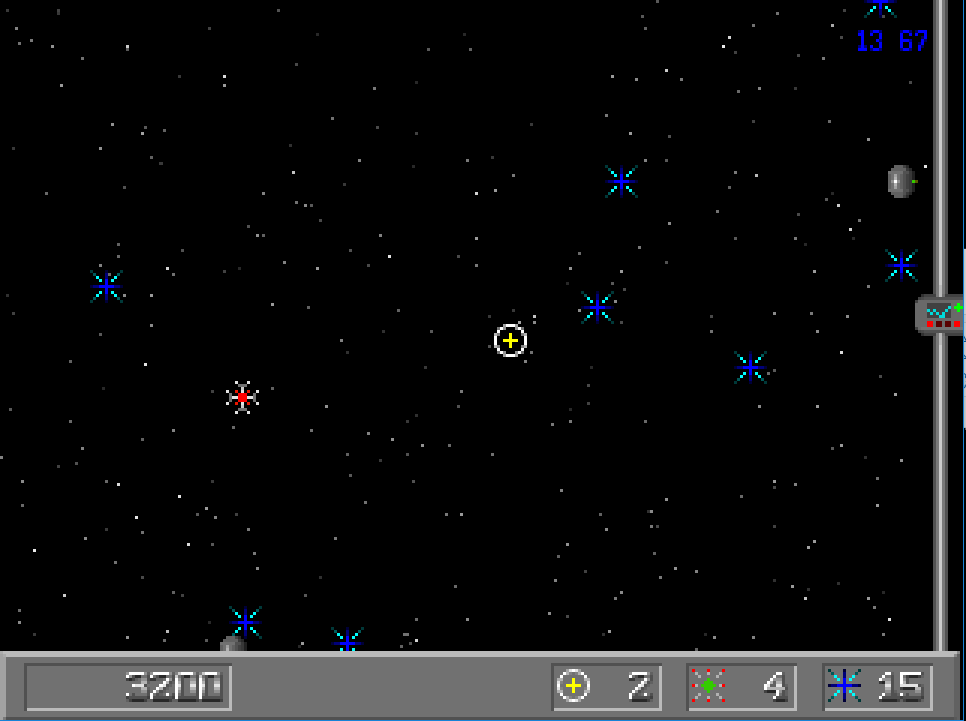 it was too easy 😒

^^ No it wasn't, Leilei has an encyclopedia of obscure-ass DOS games in his head.

He's some kind of DOS gaming savant. Or a cyborg.

Hopefully this isn't too easy...

I'm only guessing this 'cause I saw it on Mobygames and thought the name was hilarious - Creep Clash?