I just binge watched the Netflix documentary about the Chicago Bulls and Michael Jordan, "The Last Dance". I remember following the games in early 90's. I've also followed his years as a Wizards player. Can't believe in his average points per game while he was 39 yrs old playing for Wizards. Amazing player, amazing.

I used to be a Bulls fan in the 90's, just because of MJ, Pippen and Paxson. As a kid, I loved to play basketball, but was never into the physical side of the game, but more into the tactical side and always shooting for 3 points. Today, I try to follow the Lakers because of LeBron and (RIP) Kobe. If it weren't for Jordan, I'd have been a Lakers fan for my entire life. My first contact with the NBA and Basketball was a DOS basketball game, Lakers vs Celtics and I was always playing as Lakers. And as Bulls/Wizards in EA Sports NBA Live games.

No side panel door was installed for the photo-op, so basically in the buff in latent terms.

No side panel door was installed for the photo-op, so basically in the buff in latent terms.

And I'll be honest here, I'm not good at cable management, but as long as there's airflow for the GPU, CPU, and case fans that is adequate enough, I'm happy.

Been Messing with my 2015 iMAC a bit today. Installed STEAM, started stretching my legs on it on the internet (typing this on the iMAC right now). Never really was a Mac guy but I think me and this one will get along just fine.

Been Messing with my 2015 iMAC a bit today. Installed STEAM, started stretching my legs on it on the internet (typing this on the iMAC right now). Never really was a Mac guy but I think me and this one will get along just fine.

Do you have any Windows games on Steam? You can use Wineskin Winery to run the windows version of Steam to play them on your iMac if these games do not have a Mac version and if the configuration can handle it - pretty sure it can, my 2013 retina MacBook can handle some games just fine. These are what I have on mine:

Started to solder this. Forgot where I put my USB microscope, so I'll have to come back and clean up any bridges. These short legs on the small Xilinx VQFP-64 and TQFP-100 chips suck. 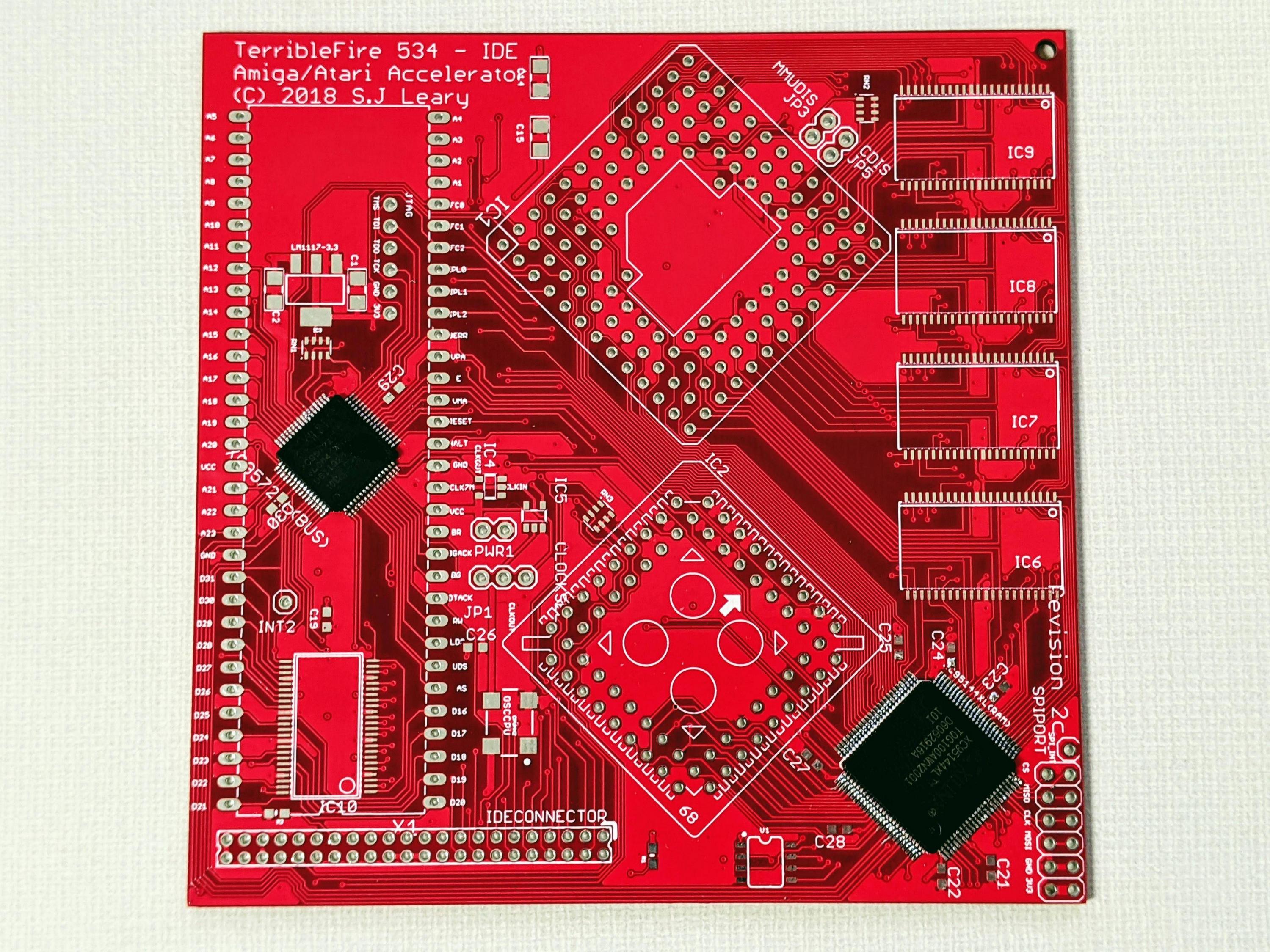 Thx, I noticed the Five Nights at Freddy's games would not work on there, plus 2 games I have won't work on Catalina (Postal 2 and Monster Truck Destruction ( believe, as they are 32-bit) - but Retro City Rampage and Thumbleweed Park - they run and oh god do they run well.

I’m on a blackout and without power since ten hours ago. It’s unbelievable.

I spent the last couple of hours dialing in a pair of new HSU VTF-15H subwoofers with a miniDSP.
As maddening as sub calibration is, man is it worth the effort. These things are subwoofin' just beautifully now, with no dead zones or hot spots. They're playing nice and flat from 17.5Hz right on up to the crossover point (60Hz). And still gobs of power even at 15Hz!

Today I decided was enough and enough and my loud dusty and hot PC is getting a clean out this weekend.

I've stripped it down to its barebones and I'm thinking of treating it to a whacking big 360mm radiator All in One cooler and some new 140mm fans up front to replace some rattly old ones. 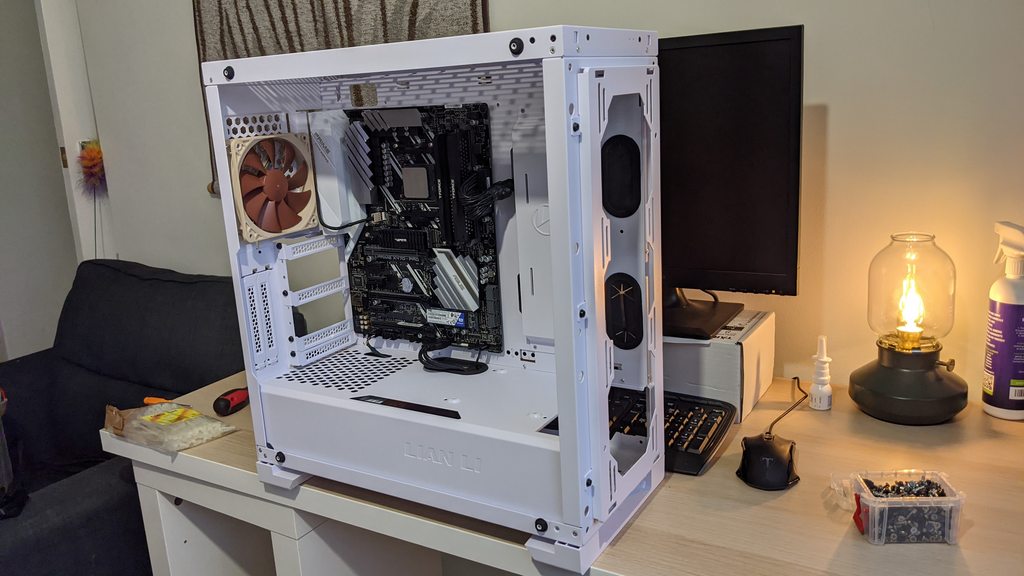 Hello people, I recently received this video card because I wanted to change the gtx 480 from my x59 rig (X5675 at 4ghz, 12gb ddr3 and Asus P6X58D-E (REV. 1.00), 550watt psu), the problem is that as soon the videocard switch in 3dmode the screen gets a bit of corruption and then turns off.
I thought the seller sold me a broken video card, I was ready to ask for refund but lucky enough I tried it on my AM4 system, which already has a rx 580. In this pc the card works just fine.
I tried to change the psu, clean the drivers with ddu but I got always the same result, I also tried the rx 580 on the older system and it works fine, what's going on here?
Is there a documented incompatibility between the hd 7950 and the x59 platform?

Thanks for any tip

A new server deployment, a second UnRAID server to supplement my first. 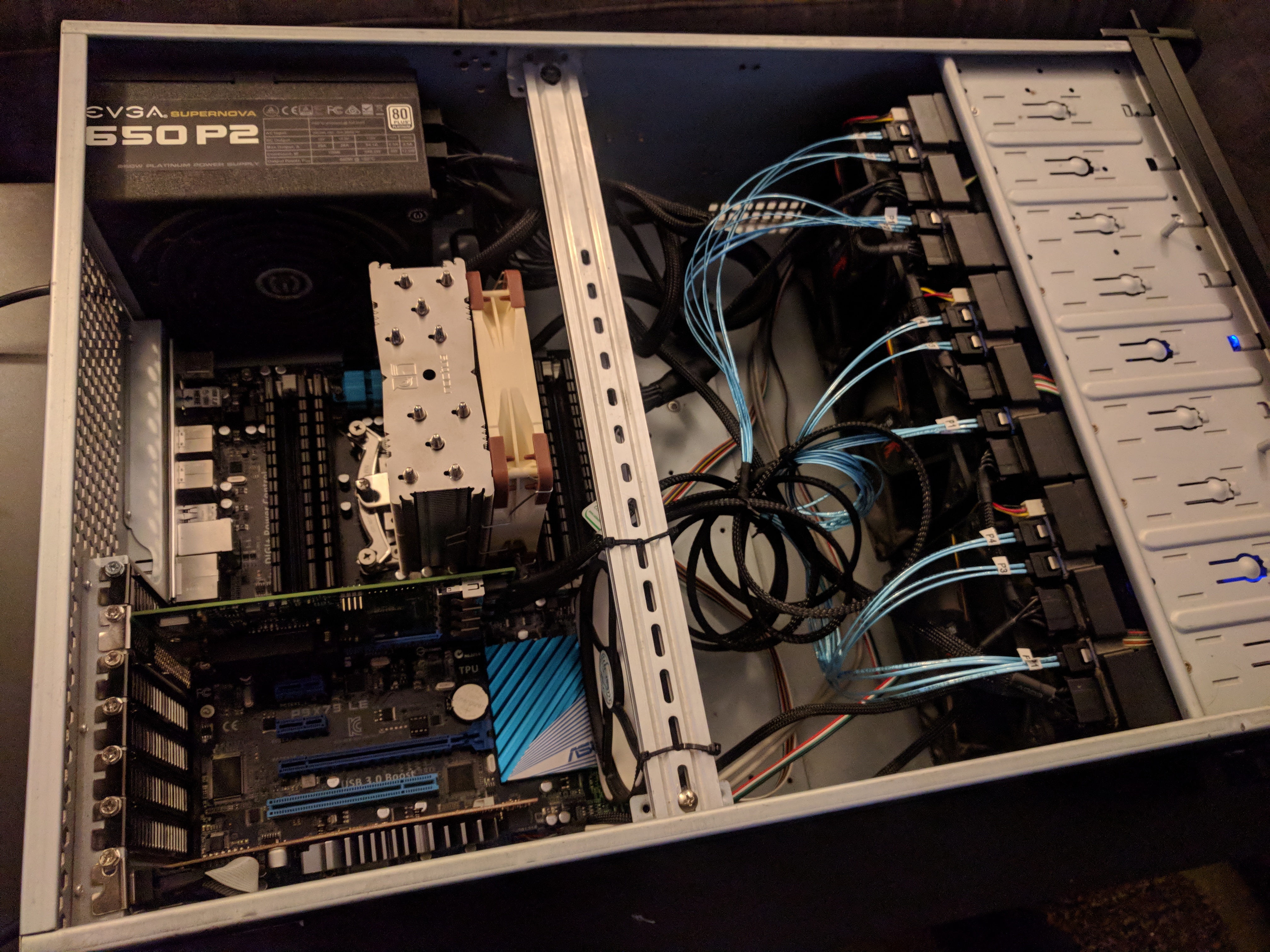 Setup a displayport switch so I can switch between my work laptop and my home desktop to my LG 38" 3840x1600 monitor. The monitor only has 1 displayport input and the laptop only supports 75hz via displayport so have to use the switch. Switch didn't break gsync or 144hz on my main desktop and I now have 75hz from my work laptop instead of 30hz (bleh). Also had to replace the HP dock with a dell USB-C dock that I had since that dock was crap and I can't even use the displayport port on the laptop itself....

The switch will be used until ConnectPro displayport KVMs are in stock and then I'll replace my DVI KVM. Currently all I'm using the DVI KVM for is to share my Keyboard and mouse between three pc's heh.

Also purchased a Sabrent Rocket Q 8tb m.2 to place in my FreeNAS server so I can get rid of the 4x 2TB Samsung SATA SSD in RAID 5 that are in my desktop. Setup a Windows 10 VM on FreeNAS today and will move the 4.5TB of games from my desktop to this. This is purely for syncing game updates constantly for game clients that don't support doing so over the network, the steam client appears to be the only one that can but I'm already doing so with steam so don't have to worry about the 5TB that consumes.

Don't worry I regularly backup these files to my other drivers on my FreeNAS and my offsite backups as well.

Another benefit is no game clients will be running on my desktop PC. Download and update on my server, copy to my desktop and crack. 😁

Freshly built. I just need different standoffs for the top plexi since I didn't have the right height on-hand and had to rig up spacers out of some silicone tubing 🤣. Loading up the Amiga AGA core on it tonight. Nice colour coordination, I had almost the same desk setup some years ago!
IKEA Annefors? (I had the white top)
All white case (Coolermaster back then)

Maybe a white and black AIO or white CPU cooler would look great.

Decided to do a dark mode for Moodle LMS, can’t believe Bootstrap do not provide it, and the guys at Moodle don’t either 🤯

Not today but went to Cap'N'Games almost a week ago and successfully fixed out Wii (later black model with no GameCube ports - RVL I think?), replaced the optical drive. I then took the two other parts units - an older black unit with GameCube ports that still worked but had a broken face, and a original White unit that did not work at all but had a faceplate/button board - and built "FrankenWii"/"TuxedoWii".

Spent awhile this weekend updating all my Homebrew stuff since I'd not updated since 2016. Also copied my WiiWare and VC games to the other unit since I wanted them to match. FrankenWii is on the old CRT Magnavox, and I put the other in the livingroom. I setup FrankenWii to use USB instead of Discs so I could run games in 2 parts of the house at the same time (wife wants to run Just Dance and I want to play ExciteTruck....there ya go). Going to order an HDMI adapter for our original Wii next payday.