What was the first computer you ever purchased?

First time I reached into my own pocket to buy a computer for work (guess university counts at work? I possibly did some office work on it as well) was in late '98 - a Pentium II 300 on a Gigabyte 686LX4 , probably 128MB RAM, Viper V330 AGP in an AOpen full tower. Pretty sure it also came with a Barracuda drive, maybe 20GB, monitor was a 17" Acer 76c. All for about AUD3,000. For sound I bought a Diamond Monster MX200 with wavetable, but that came later on. I remember the specs but never really felt a whole lotta love for this machine, the upgrade cycle back then was rapid and this never felt like a big step up from my dad's Pentium 166.

To learn BASIC, and used just for one year:
Sinclair ZX-81, including the great learning book/manual (probably more expensive to print than the computer) -1981 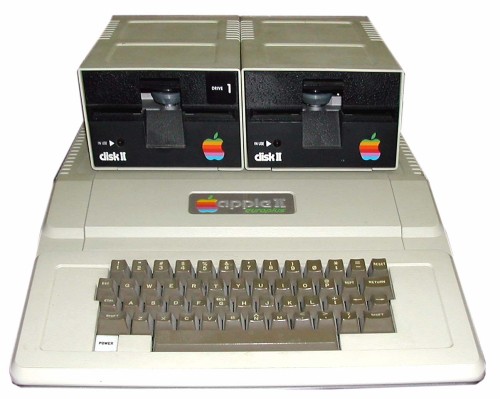 My first PC was an IBM 386SX16. I don't know the exact model. It had a VGA card and small hard drive. It didn't come with any sound card, but we eventually got a SB-compatible that used a proprietary slot that was crazy expensive as far I can recall.
[...]
16MHz was pretty slow by then. It was perfectly fine for BBSing, writing up and printing documents, and playing most games out at the time—though Ultima VII was sadly nearly unplayable (still managed to get quite far into it!).

I had just about the same exact experience. We had a Wang 386SX-16MHz which I later added a Sound Blaster Pro (v1) to. It had 2 standard ISA slots but they were on a riser. That was the first time I ever installed an expansion card. I remember nervously tapping the card into the slot with a hammer.
I played Ultima 7 on it as well. That game was so utterly fascinating and yet so horribly slow on that CPU. I loved the game so much that I was somehow able to endure it, but progress was... slow.
Too slow, in fact, because the computer died. Our replacement PC had stability issues which made Ultima7 unplayable. I wouldn't finish Ultima 7 until the *next* upgrade after that, and then it was too fast. I had to finish the game using Mo'Slo.

==
But that was really my parents' computer. Every PC I had for the next few generations either wasn't mine or it had parts that were given to me as Christmas gifts. I think the first PC I fully bought myself was an HP Kayak P2 Xeon machine that I got on eBay in the early 2000s. It was some wacky CAD configured machine I guess, because it came with a ridiculous OpenGL accelerator that sucked at everything except OpenGL. It was DirectDraw "compatible", meaning it would in fact draw a scene from DirectDraw games, and try to animate them almost as if you were playing them. It ran a lot better with a consumer card swapped in.

I still have it and as I've debated what to do with it, I've leaned towards turning it into a Win98/DOS gaming PC. Reason being that if I put somewhat valuable parts inside that machine, I trust it to both keep them cool and also not blow them up. It can also run a 700MHz Cascades which I think would be decent for Glide.
It's a bit goofy to install Win98 on a machine that supports dual CPUs and 2GB RAM, but it still seems to make enough sense to do it anyway.

It's a bit goofy to install Win98 on a machine that supports dual CPUs and 2GB RAM, but it still seems to make enough sense to do it anyway.

Totally mismatch between software and hardware.

And wasted power and resources... but it's your machine to mistreat! 😁

Indirectly it was a TRS 80 COCO that was handed down to me by my brother as he lost interest in it quickly. After about 6 months I got lucky and traded it for an Atari 800 with 48KB of ram at a swap meet in San Jose back when those were a common thing (that's where you got your bulk floppies and used a notcher to make em double sided). Wound up picking up a used TEAC floppy drive for it that needed repair for cheap, once fixed with some JB Weld it was good as new.

My next computer would be years later and that was a Clone Pentium 233mmx with 32mb ram and a 4.3 gb hdd. I oddly still have the HDD and the 4MB PCI video card, the rest was tossed during a move. The good ole days of win95 and AOL, which quickly gave way to an AT&T dial up account.