Does clipart exist of the original Cyrix logo with the flying 'C'?

Not that I've seen, but it would be simple to duplicate.

Reply 2 of 16, by Anonymous Coward

The problem is the silkscreen on the CPU is not easy to copy because it's not clear. Maybe there are some old documents with an enlarged version.

There is also this one: http://cpu.f5soft.com/details.php?image_id=16

Also not very useable for copying.

Ah, also in this manual. Might be more usable?

Reply 4 of 16, by Anonymous Coward

Don't know why SVG isn't an allowed file type here, but there you go:

Reply 8 of 16, by Anonymous Coward

Nice! Thanks!
It's pretty close. Maybe it would look even better if there weren't dividing lines between the different sections. I will modify it later.

Nice! Thanks!
It's pretty close. Maybe it would look even better if there weren't dividing lines between the different sections. I will modify it later.

It looks nice, but I think the dividing lines are there on the CPU silkscreen you posted?

That's true. I don't really see them in the pdf document though. It would be nice to get a high resolution shot of it. Maybe there's something in an old magazine to work with.

Yeah, the fax quality of the datasheet scan makes everything look like it's joined up, but there's a slight "capping" on the horizontal lines, which sorta suggests that the circles were originally separated like in the silkscreen.

Looks a bit too close to the design in the Cirrus Logic logo. Maybe that's why they changed it? 😀

Probably. Maybe they hired the same consultant to design their logos?
I personally think it looks better on the Cyrix logo.

When did the CCCyrix logo bite the dust?

I vaguely recall them having something other than a coprocessor for sale briefly before the SLC Era but could never find mention of it.

Nope. The DLC/SLC was their first CPU as far as I am aware. Maybe you're thinking of their 8087 and 80C87 clones, which apparently existed at some point but maybe not as a consumer product.

The CCCCyrix logo appears to have been phased out in 1990. I think the reason you've never seen it is because prior before 1991 386s were just really damn expensive and rare, and not every 386 back then would have had an FPU either. They were produced in very small numbers in comparison to their later 387+ core FPUs. I think pretty much all of the CCCCyrix chips had gold tops, except for the SX FPUs which of course used PLCC.

I was browsing an old PC Magazine PDF from 1990 that I have in my digital archive, and came across a Cyrix ad with this logo. Sorry for the thread bump, but I thought it would be relevant and contains the slogan below the logo. 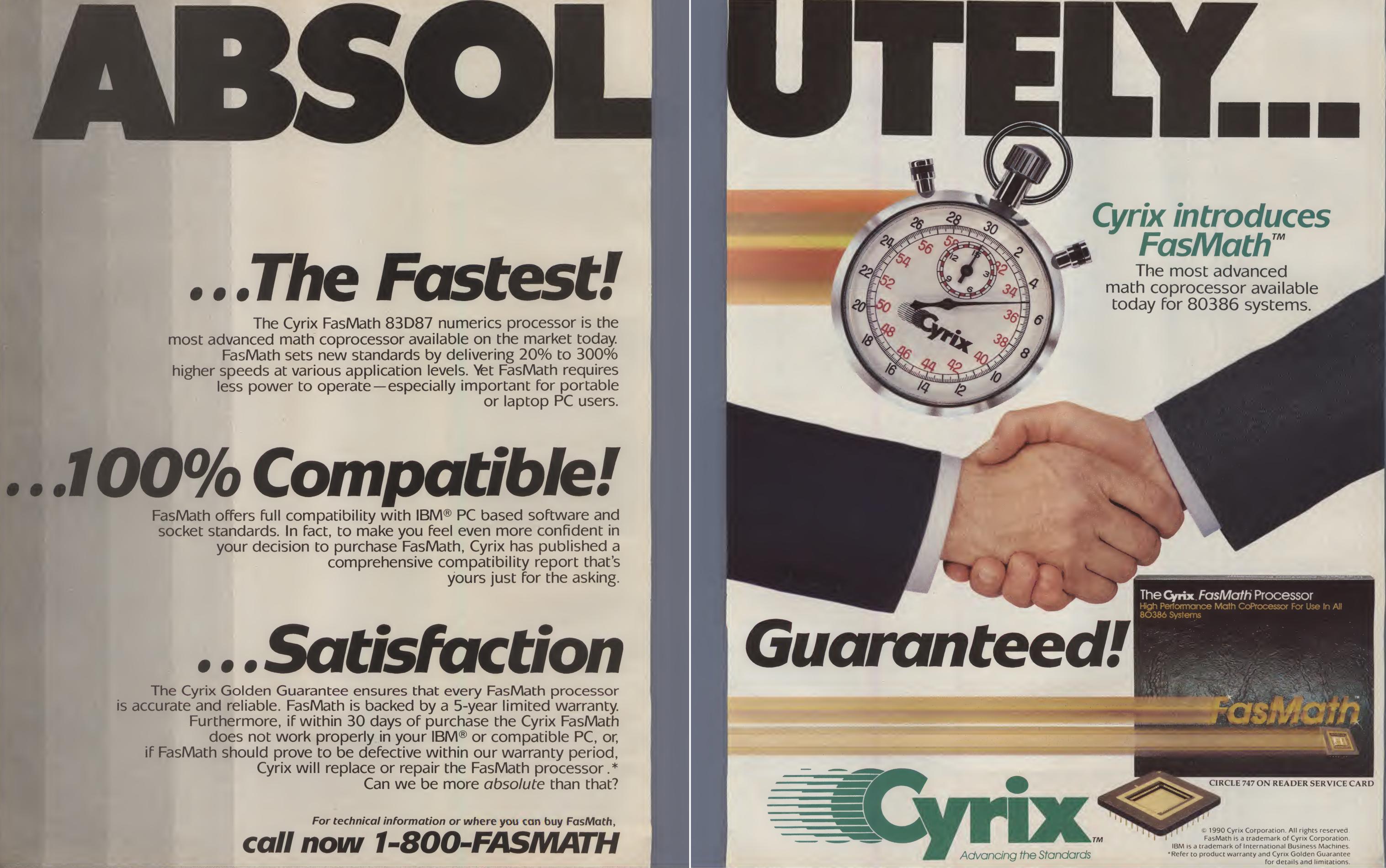 Very nice. Thanks. I'll use that to create a more accurate rendition.

That Fasmath box art is pretty classy. I like how in the ad it has warp engine trails like the 80's era star trek movies.