Recently I found the Voodoo version of the Scorched Planet demo and tried to run it, and it does work for me with both nGlide or dgVoodoo, but with one problem: 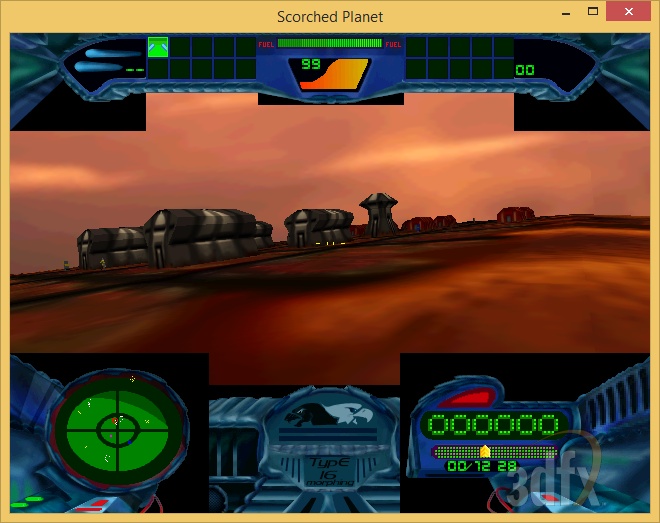 I get exactly the same issue with nGlide. The demo seems to work fine in every other aspect.

I'm on Windows 8.1 64-bit. For simplicity's sake I did not change anything in the dgVoodoo configuration file, although changing something I already forgot fixed the display of the mission briefing (it is not shown at all with the default settings).

The installer provided with the demo did not work for me (it says the OS is not Windows 95 even if compatibility is set to it) but I just extracted the game data into a separate directory (I made sure it sits in the root and the directory name does no exceed 8 characters). The game does not seem to use the Windows registry anyway, relying on its own configuration file instead, like the DOS version.

You can get the demo here, I found it on a magazine coverdisk.