To start with LEGO Island mostly works fine, I've been able to run it at 4K even, but it only fully works with version 2.55.4.1 as other versions still allow the crash at exit to happen. Quite amazingly this version alone allows you to exit the game completely normally, no buzzing crash as with what happens on every other version before and after. So I'm curious if there is a way to get this to happen with the later versions.

The latest version does has an issue where it will make the cursor giant which doesn't happen in earlier versions so that ruins the experience a bit. The good thing I like about the more up to date version is it will force the game to run at the current set refresh rate rather than automatically changing to the monitors highest available refresh rate. Since my monitor is set to 50Hz I can get these games that would normally just automatically change to 60Hz to run at 50Hz. I live in England so have always seen 50Hz and prefer to play at 50 fps.

So in short it would be good to be able to have LEGO Island be able to be run at 50 fps without having the cursor giant and not crash on exit, otherwise it runs perfectly fine and I'm very pleased.

LEGO Island 2 however has got a single rather large problem, the game generally runs normally but there seems to be some kind of issue where a huge amount of lag randomly happens when a lot of geometry is in view. This issue seems to be very odd in the way that it will sometimes go away if you run to an area that previously lagged but then if you move away from that area and back it doesn't lag, but do it again for a third time and it once again lags.

I have tried changing various settings in dgVoodoo and even running the game at the standard 640 x 480 but this lag issue still occurs no matter the resolution. Since changing nothing in dgVoodoo helped I tried the game without it and it worked perfectly with no lag at all, I even tried it with a mod manager that allows up to 1920 x 1080 custom resolution and again it worked totally fine with no lag.

So it seems as if dgVoodoo is for some reason not able to render the geometry properly and is very much like it's being bottlenecked somewhere along the way. I would have thought this wouldn't be the case as I have run newer LEGO games than Island 2 with complete success so it might be something to do with how it handles the game or something is clashing. I have tried using older versions of dgVoodoo as well but this issue still persists so I know it's not a recent change.

I am fairly certain this is an issue to do with how the geometry is drawn as when I set the view fog to the highest it doesn't happen and when it's increased step by step from none the lag gets less each step up.

Racers
Rock Raiders
Stunt Rally
Racers 2 (though this does have some odd framerate issues that I am fairly sure aren't related to dgVoodoo, it also won't force it to 50Hz like the others despite using the same version)
Island Xtreme Stunts

There is another thing I am concerned with and that is when trying to access the site to download the latest version, Chrome will tell me it is a dangerous site and then if I try to download the latest version it will block the download with no way to keep the file. I have read elsewhere that some anti virus programs are detecting a false positive due to the file types but this seems to now happen in Chrome as well, so I was wondering if this was known and if there are plans to fix it if possible?

Thanks for your time.

Thanks for the feedback! I'm afraid I won't do any major change to dgVoodoo before releasing the new version, but I tested both Lego Island and Lego Island 2 a few days ago.
- Lego Island: weird, run in XP compat mode (Win10), doesn't crash at exit for me. I re-checked it again thorugh a debugger and didn't get a silent crash.
- Lego Island 2: so the slowdown is location specific... could you send me a savegame for that, if possible (I can't remember if LI2 handles savegames... 😀 )
- The cursor is scaled up intentionally, to mimic the original (game) resolution. Say, if you force a 640x480 game into 4K, then the cursor can become so tiny that it's almost invisible.

Thanks for getting back to me, I do run with XP compatibility but I still experience the crash using the newest version, I even had it when setting the resolution in dgVoodoo to 640 x 480 on the version which doesn't crash at 4K oddly. Perhaps it might be to do with Windows 7.

I see what you mean about the mouse being small when running with dgVoodoo but it's not as bad as you may think at 4K, in fact it actually looks fine and is perfectly usable, here are some screenshots from a 4K recording. It matches the size of the normal mouse so works out great and clicking on objects and buildings works just fine with the mouse not looking too intrusive. 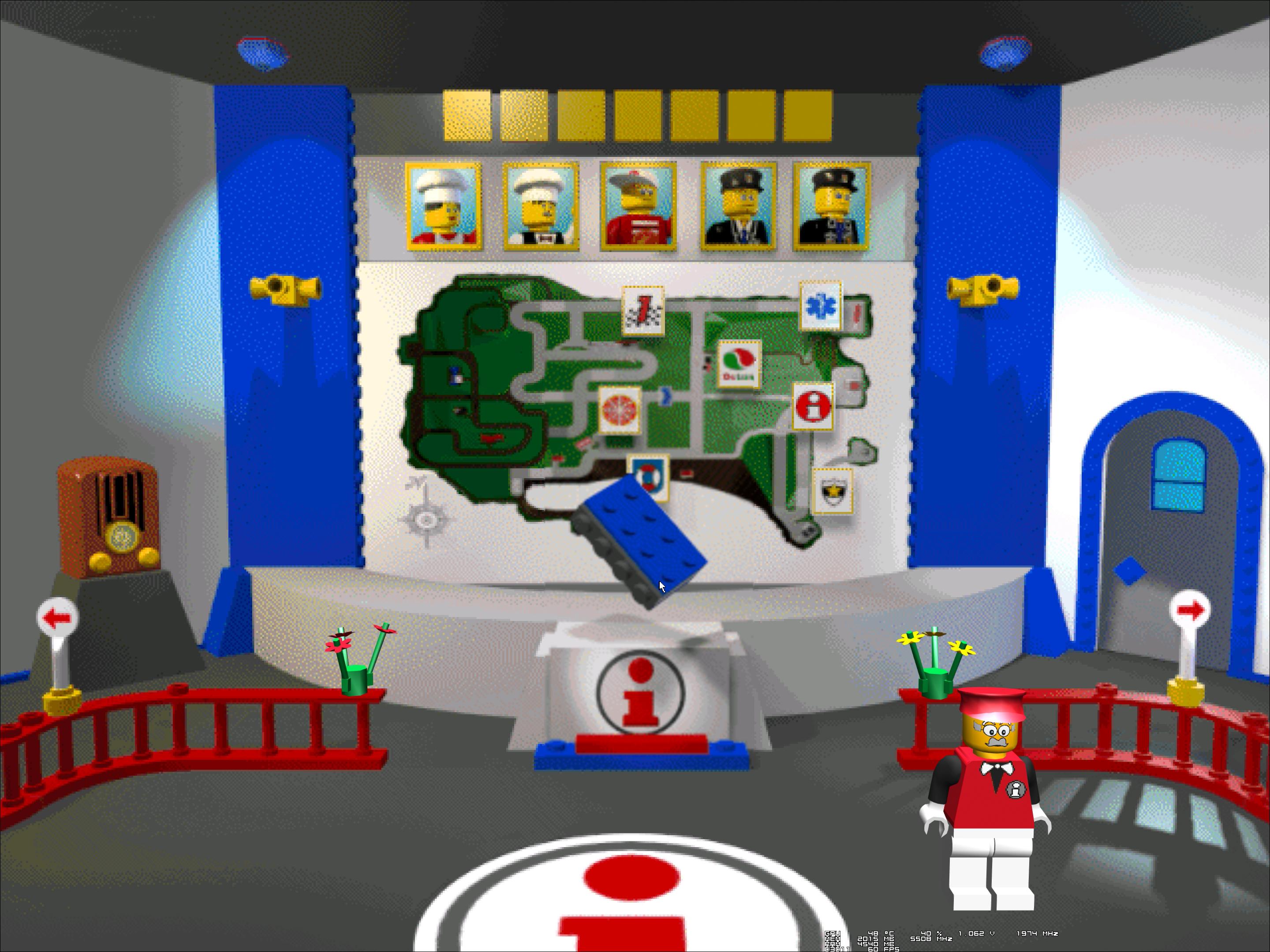 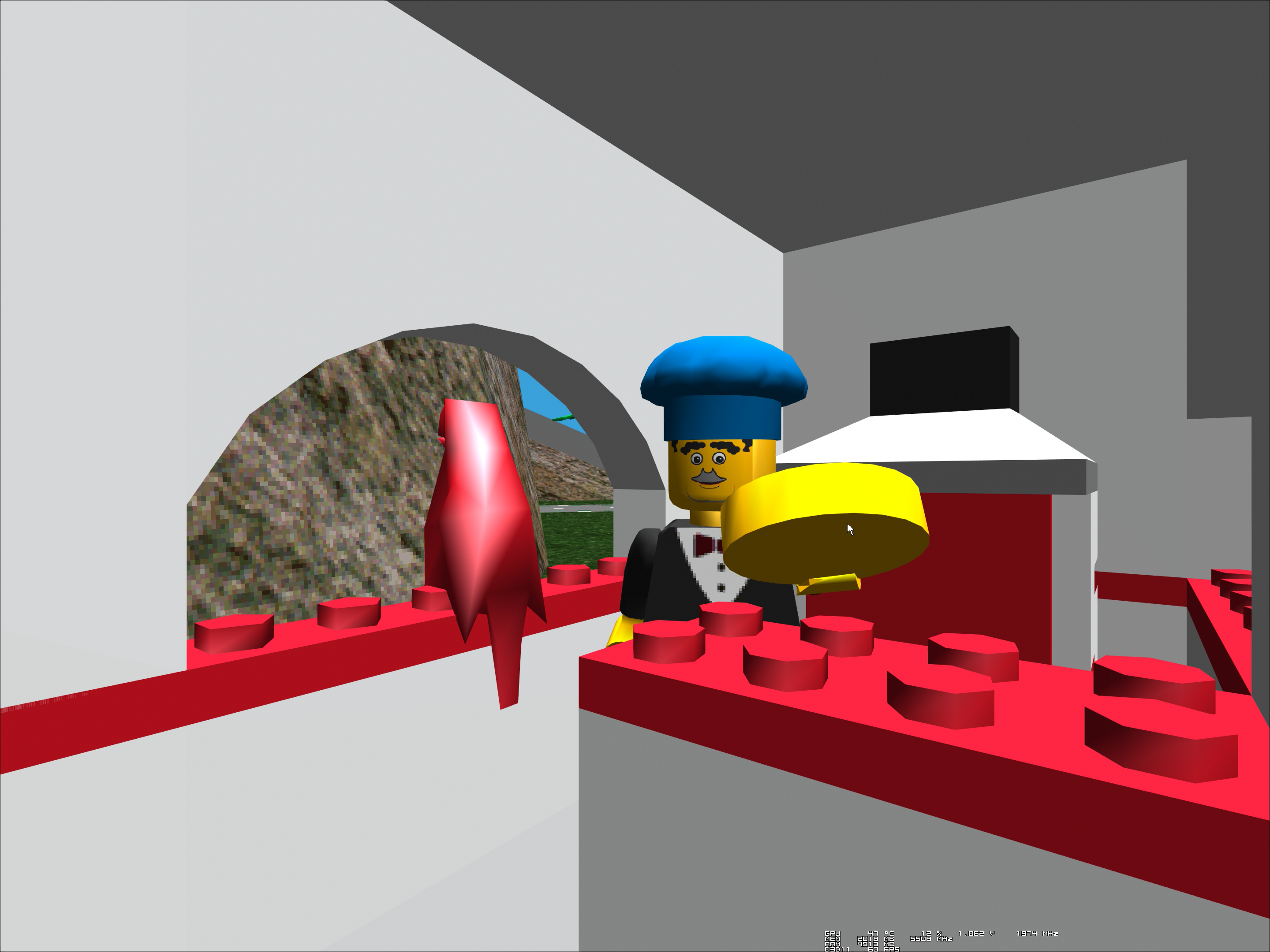 For LEGO Island 2 the lag issue happens on every level but is dependant on how much geometry is on screen and what LODs it is loading, when higher LODs pop in a lag spike will happen there too.

I think the thing I experience when it seems to not lag an area that lagged when I visited it just a few seconds earlier is due to those LODs recently being loaded, but if I go too far away and come back the lag happens again.