Hello! I'm not sure if I should post this here, but here goes! The game Artificial Academy 2 has a small issue when using the latest dgvoodoo2. Transparent hairs don't cast shadows. 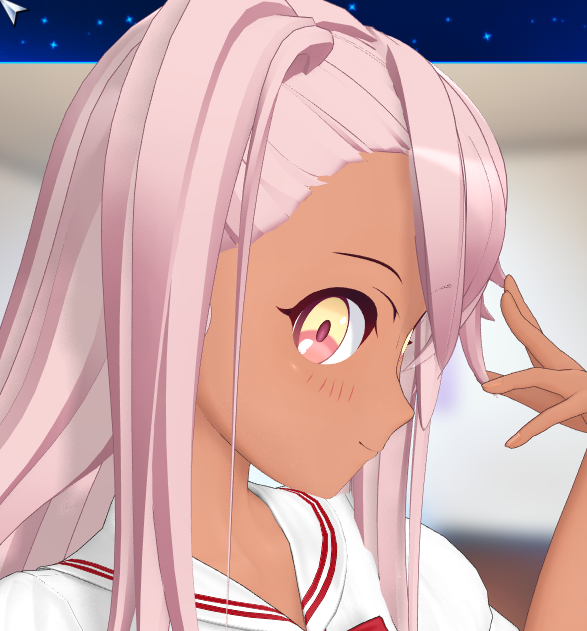 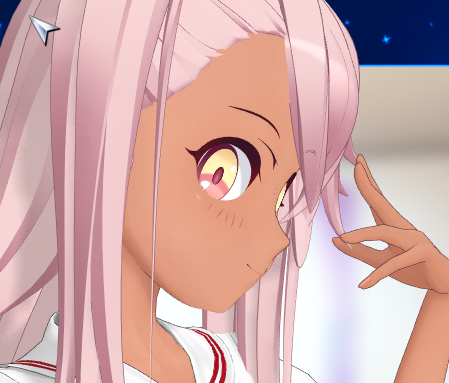 .
It's not a big deal, but it would be awesome if you fixed it! It can get a bit more apparent depending on the character being displayed though.

Oh I just realized, in case you need the card to replicate the issue, here it is. https://db.bepis.io/aa2/view/51955

Ok, I'll check those games out, but unfortunately I have little free time nowadays

Thank you. I should probably also mention that the shadow issue also happens on native in windows 10. But they work in windows 7.

Here's another image with the missing shadows. Left is dxvk, right is voodoo. It seems that the issue only affects transparent textures.

But, what's the difference? 😀

But, what's the difference? 😀

It's missing the shadow for transparent textures. It honestly doesn't bother me that much but the whole community is screaming at me to ask you to fix it.

Gotta say tho the game runs really stable nowadays with voodoo, so big thanks for that!

Shit, noticed a typo in that previous message. Left is dxvk*, right is voodoo.

** I moved posts related to Artifical Academy 2 into this topic **

Also, there is an old topic about it with an early dgVoodoo build:

I've just checked out AA2 and the shadow bug you reported.
Loading the card you linked to, the character appeared with completely black skin and brown hair, for some reason.
But, I edited it and created a new character based on that.

Strangely(?), the hair casts shadow if I open the character from the game (AA) and it does not when rendered in the editor (AA2Edit).
The situation is the same natively on both Win10 and Win7.

Isn't it the expected behavior?
I cannot see a bug here, Win7, Win10 and dgVoodoo (DX11, DX12) all work the same way here, on my test cases.

Ah, I didn't think you had a vanilla install and weren't using a repack that already comes with some mods. That's why it isn't displaying properly, the shadows are only gone on transparent textures. You can get the compressed preinstalled repack from here, and that should open the character properly and display the issue. You don't need any mods except for what already comes with the torrent file so disregard the "IMPORTANT" part. If that's too much of a pain I'll ask some people to try to make an isolated standalone mod that could demonstrate it too. Sorry about the confusion.

Here's another method that doesn't require downloading a repack for it. Here's the custom mod and a new card. https://a.pomf.cat/dzarxc.7z
If you have a completely vanilla install (meaning, two separate directories for AA2Play and AA2Make from ages ago), then download the zip and put the jg2e02_00_02_trans.pp file into your AA2Make/data folder. In case you have the mods "hexapp" or "hexaoc" downloaded, remove them. If not, just open this card in AA2Play clothing screen. This is what it looks like with shadows working in windows 7 or in windows 10 + dxvk 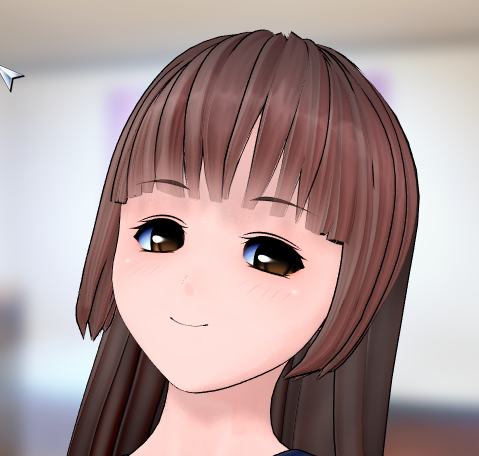 Thanks, I tried your second option and now I can reproduce the problem with that test-card.

The thing is interesting, because dgVoodoo behaves the same as native D3D9:
- Win10: no hair shadow
- Win 7: hair shadow is there, see my screenshot

TBH, examining a rendered frame of the game reveals that the hair shadow is not dependent on the hair texture. At least, not directly, through D3D9.
Shadow is calculated into the face mesh (into texture coordinates) that are processed in a later stage in the vertex shader and the result is passed to the pixel shader to compose the final face texture from a base face texture + a skin color lookup texture (+ others... 😀 ).

But generating the mesh data itself is completely done by the game. I don't yet know what the shadow presence depends on, but it seems to be a thing coming from the difference of Win7/win10.
Don't ask why it works with other wrapper then.

It all is still to be figured out.

Meanwhile I tried dgVoodoo + Intel Graphics 530 with this game on Win10. Shadow was present! Even native D3D9 with Intel on Win10 worked.

So, I captured the exact same frame both with nVidia and Intel to see the difference in the graphics debugger.
Interestingly (sadly) one instruction of the shader code (with the same input values) gave different results on the GPU's, which implies that one of them was erroneous.

It must be a problem with Win10 nVidia drivers, it just doesn't like that shader, no matter what DX API it's driven through.
(But I remember having another problem earlier, nvidia again, some of the bra textures appeared wrong, it was unexplainable too.)

I cannot see a bug in dgVoodoo.
What about AMD cards? Somebody running this game on AMD?

The issue seems to not happen on AMD, someone just tested it. It seems to be nVidia only.