The 8800GTX is such a lovely card, I had one but it kept failing, and after the fourth time baking it in the oven I gave up.

I think I'd be inclined to use just one card and keep the other as a spare for when it probably fails.

Absolutely agree you should run 32 bit, some software doesn't even recognise XP 64 bit or Server 2003 x64, it's a pain to get working.

You guys got me thinking... Xp games don't have the problem that I ran into with Windows 95/98 games where some of them were coded expecting a relatively slow CPU clock speed and end up unplayable even in a VM since you can't throttle the emulated CPU.

Given that, I think rather than sticking with my x6800 and going with 8800 GTX cards, it might make more sense to go to the top end of a system that makes sense for maxing out Windows Xp.

Now i"m looking at a Core2 Duo E8600 (3.33ghz)
4gb DDR3 1600mhz
Nvidia Titan Black (this seems to be the most powerful card with official Windows Xp drivers - and is also capable of SLI though they appear to be 6gb cards so I'm not sure how this would even work with the memory address constraints of Xp 32-bit)

Now for the real question - will it run Crysis? 🤣

*EDIT*
Then again I could just go all the way to the absolute most recent platforms with Xp drivers... i7 2700k, or i7 3820/ 3970x on the HEDT platform for more PCI-E lanes. Something like that seems fine for dual booting WIndows 7 64-bit too though so I'd almost be tempted to give it 8gb or 16gb of RAM and just limit Xp to 4gb. 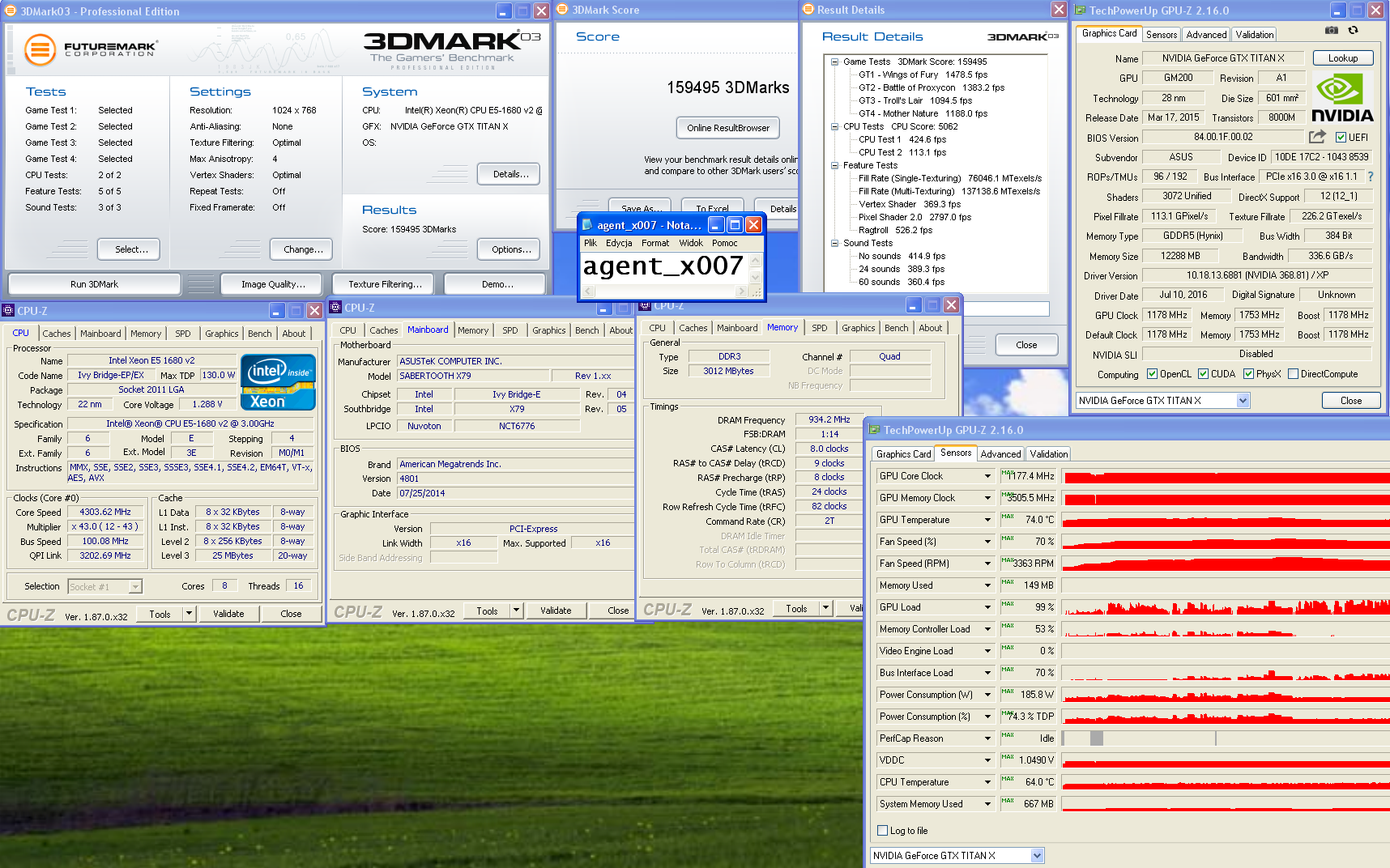 You sir are evil! I don't need to build another z390 machine 😈

Anyway I hold you personally responsible for the emptying of my PayPal balance after work tonight. Congratulations 🤣

Are you basically saying that no DDR3 boards support FSB:DRAM ratios lower than 1:2?

@dr_st I better explain how I think about this, before we go further 😁

If you own nVidia chipset, you should be able to go lower than 1:1 ratio on minimum side (I think it's 1:0,8 on FSB:DRAM [?]), however max. effective speed is still locked to effective FSB speed (IIRC).

Hmm I'm having trouble finding a good x79 Sabertooth mb with no damage and including the I/O shield... may need to just source some local persons old gaming rig and pilfer parts.

Xp-era games still had EAX etc, so a hardware sound card would be appropriate, right? Just trying to expand my parts options as I see the Rampage IV Extreme would also work but require a PCI-E sound card and the last one I remember having pre-Windows 7 was a SB X-Fi Titanium Fatal1ty which I think still had legitimate hardware acceleration when used with a pre-Vista OS.