I'm currently upgrading my VLB system. It is based on the Aquarius MB-4DUV motherboard, currently runs a Cyrix 5x86-100, has 32MB 60ns RAM and a Paradise 4030 cache controller.

Few days ago I got a nice Cirrus Logic GD5428 VLB in the mailbox, it had 1MB and I upgraded to 2MB. This works fine and provides some bonus colours and resolution over the old GD5424.

This afternoon I managed to repair an Advance Logic ALG2228 VLB 1MB which had broken traces (actually fixed a bad earlier repair attempt by three previous owner). After testing it seems to be a little faster (~5-10%) than the 5428 in DOS benchmarks. The downside is, there are no sockets for ram upgrade, so no 16b colours at 1024 resolution. I can live with that.

Now I know the Cirrus had pretty good compatibility with everything, but for the ALG it's just guessing to me.

I’d pick the Cirrus Logic with 2MB. You won’t notice the small performance difference but you might appreciate the extra VRAM more and the CL has unbeatable compatibility.

i have V7 VEGA Plus VL with BIOS 2.0 and did not manage do get any Driver working..
I Already tried a few from fi ftp mirror and other sources.

The ALG does very well in DOS.

Thanks for the advise and benchmarks. These benchmarks do confirm my own:
Testing with a DX2-66, 8MB ram, 265kB cache. (Yes different system, but benchmarks tend to scale well between these)

The differences are small enough not to notice them. The very common gd542x cards just do what they're supposed to do, that's true.
I guess it would be the safer choice, and I'll put the 2228 aside for now.

What is the windows acceleration performance like with the ALG2228 vs the cirrus logic 5428?
Is it's directdraw performance comparible? 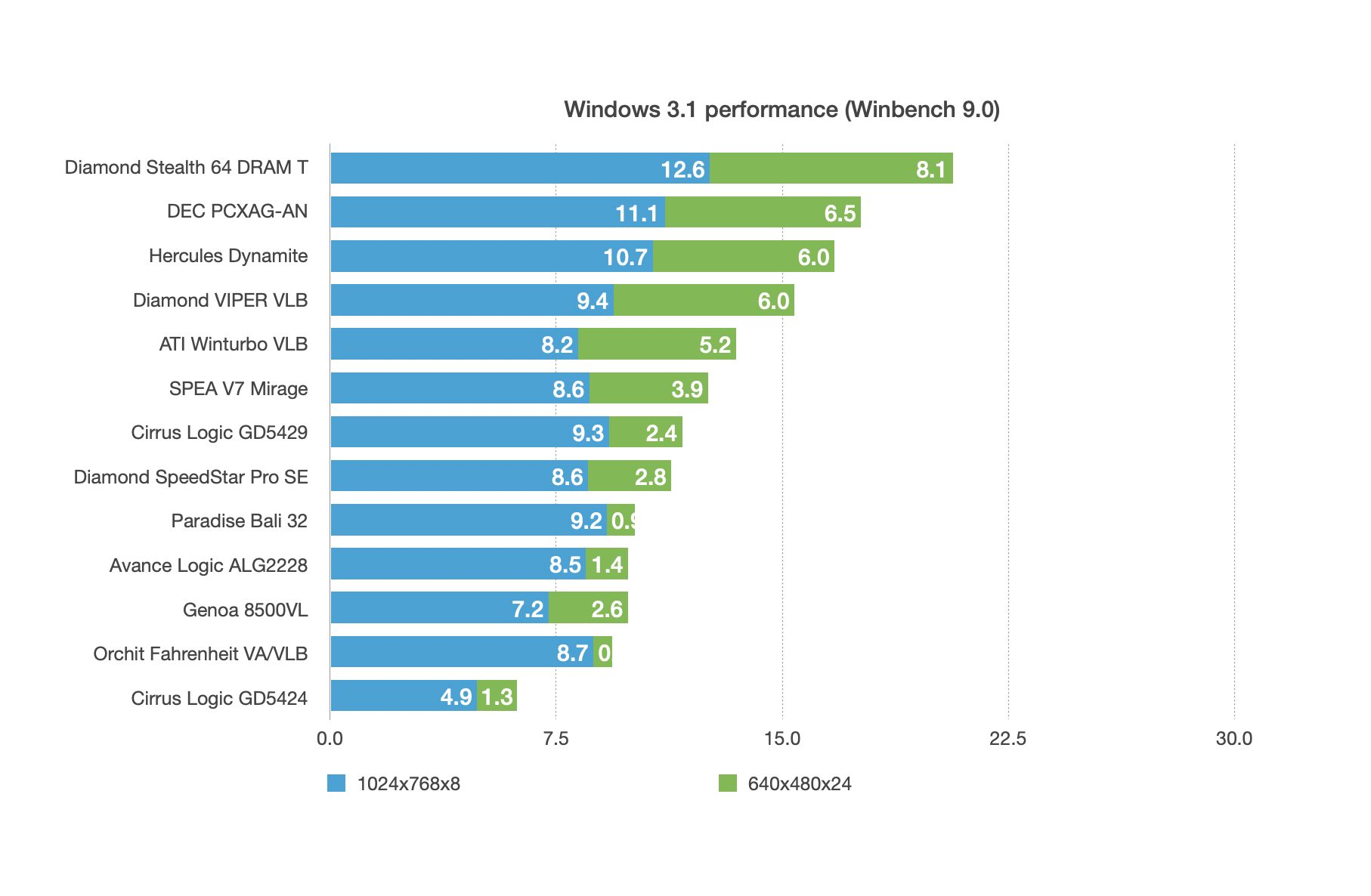 Interesting reading time 😁
My decision went in favour of the 5428 due to great compatibility, but the ALG is still used from time to time in my test setup, based on some socket 2 board and DX2-66.