I took one for the team. I bought this USB capture device for ten bucks. It has a UTV007 chipset which apparently does a decent job of converting S-Video. I will test it out with the S-Video out of a few PCI cards I have lying around and report back. 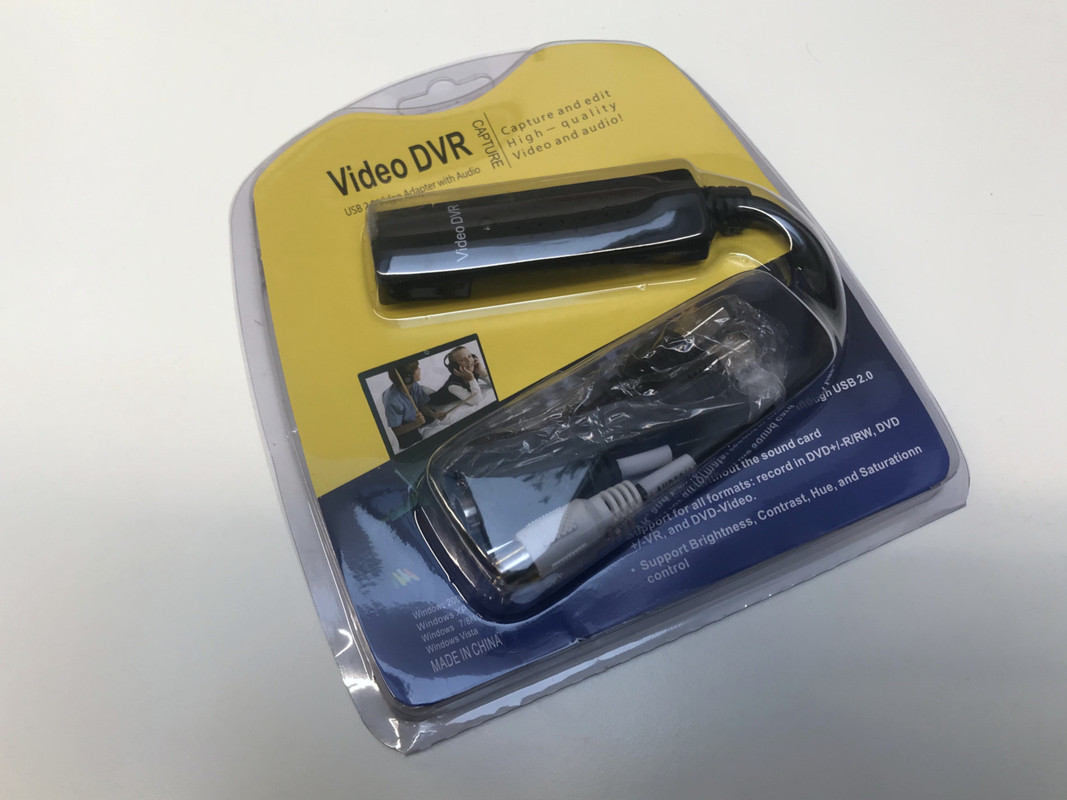 Does anyone know a way to screen capture on XP? I tried OBS but it wanted to use DX10 and needed Vista or greater for that. I'm currently trying Afterburner...

Does anyone know a way to screen capture on XP? I tried OBS but it wanted to use DX10 and needed Vista or greater for that. I'm currently trying Afterburner...

Fraps, Bandicam and Camtasia,Dxtory have / had XP support.

xjas maybe there could be a Dreamcast VGA round 3?

I recently realized a few useful cases for checking out the blocky bilinear filtering (which is common on PVR1 and PVR3, but hard to find lossless shots of PVR2 but I do believe it's the same as PVR3 for all channels):

- Illbleed. Loads of low res textures in that but even better are bloody scenes that shoot blood textures real close up to the screen so it's an extreme closeup of red texels on an alpha texture (and sometimes brown). Bleeding doors, bloody showers and toilets work best. Also surprisingly, there's not much apparent VQ texture compression involved. Youtube only has composite and emulator captures.
- Quake III Arena. It's a FPS game with a zoom button. There's layered alpha textures around the walls.
- Sonic Adventure. Tails' story starts with a more smokey crash, and walking in pools of water (i.e. the pool, chao garden) can get the camera real close to the water texels. I believe texels lose color some filtering precision when additive blended.
- D2. The big stretched out snow texture should show little texel differences and appear clearly blocky. I think this even showed in old press shots... There's also zoom
- Army Men Sarge's Heroes. It's still literally the texture resolution of the N64 game, so blocks should show easily. Also there's zoom!!

I'd want to focus my next PVR2 shader adventures on the texture filtering, and I did stock up on PVR1-related research material on that at least. Basically i'm looking for these

^^ Sure, I can do those! I've been meaning to move my DC out to my gaming/capture area anyway. I'll try to get you some good shots in the next few days.

I also have a Matrox m3D in my K6-2 right next to the capture rig if that helps.

Another thing about DC VGA captures is curiousity about the green and some obvious channel shift/bleed. I've noticed some of this on official Toy Commander screenshots from '99 which had some similar artifacts to your earlier captures! Wonder if different DC models/VGA adapters affect that...

I've been working on trying to capture S-Video output for DOS stuff instead of VGA but I gave up on it after trying with various cards for a couple of weeks. The color and sharpness is just too bad to make any meaningful capture viable 🙁 Time to invest in decent VGA capture gear - back to square 1. *SIGH* 38 pages of VOGONS to read through tonight 🤣