S3 AGP Cards (and possibly others) Too Bright

Apologies for resurrecting this thread but I had a question. I have this Virge/DX card which outputs normal black levels but has severed memory lanes so puts garbage characters on empty parts of the screen:

And I have this working Virge/DX card that has blindingly bright grey blacks:

If I transplant the BIOS chip from the former to the latter, would it fix the brightness issue?

Nice, I will certainly try this.

yeah 99% it will work just fine

Chances are good. I've swapped BIOSes on Trio and Virge cards before.

Yes, it worked. Thanks guys, I now have one fully functional Virge/DX with deep blacks. 😎

Maybe silly question for someone, but please help.

I have powercolor - s3 virge gx2 brightness issue, what value i should but to debug?

Get the DEBUG utility form the MS-DOS 6.22 disks and put it in the same folder with S3BRIGHT, replacing the existing one - this should do the trick.

Help! I run the debug.exe with the instructions:

But the output value i get is 1F. When I take away 0x20 it is a minus number obviously. What should I do?

Ed:
Wow, I followed these instructions instead and it worked! Wonderful!

I have a 86c375 ViRGE/DX and suffer the pedestal problem. I will burn an eprom with the bios 2.01.07 to fix it. But while I'm at it, I would prefer to have the VBE 1.2 instead of 2.0. I did try all the bios on chukaev.ru54.com and the one that worked best is the 86c325. But experimenting with svbl it gave odd result, but after some cleaner test it seem to work allright, so now I doubt it's a good idea.

Do you think I can run into some issues running 86c325 bios on a 86c375 card ? I've read that some earlier version of ViRGE/DX (the pre "4mb out of the box" era) had the VBE 1.2 into it. Does anyone know where I can get such an rom image file? Of course pedestal bug fix win over vbe 1.2, but maybe we can have both?

Can I bump this?
I've got three win98 machines and the video brightness differs (tested on quake and duke3d)
-IBM 300pl - Using integrated trio3d seems about right.
-Toshiba 3100m - using integrated intel i810 igpu is too dark. Quake on lowest setting is way too dark compared to trio3d
-Socket 7 pentium 200 pc - Using s3 virge dx 2mb - also too dark just as toshiba. I've also got s3 elephant 4mb and it's also too dark.

Just a thought, but are you sure your monitor is not the issue (assuming you are using the same one here) ? Maybe your Trio3D is the one with the issue and all the other ones are correct, but displayed as too dark by the monitor .

What monitor are you using and are you connecting straight to its VGA input (or using converter/scaler of some sort) ?

EDIT : See also http://microvga.com/faq/electrical/what-are-v … -voltage-levels
Does your monitor have a setting for "1V peak-to-peak signal input" or something similar ?

I am swapping all 3 computers on samsung 757dfx crt. The comparison is my 4k ips and modern pc.
Not sure this monitor have this settings
edit: It has. 0,7 is current setting and it gets just even a bit darker on 1.0v

Your monitor actually does have a setting for this (though it does not mean that is the issue) .

Excerpt :
Some video cards use video signals higher than 1.0V which causes the display to
be very bright.
For those video cards, use this feature to select the 1.0 V Level.
1 Push the Menu ( ) button.
2 Push the ◀ button or ▶ button until the Advanced screen is displayed.
Push the ▲ button or ▼ button to select Video Input Level.
3 Push the Menu ( ) button to open the Video Input Level
selection screen.
4 Use the ◀ or ▶ buttons to select 0.7 V or 1.0 V.

EDIT : I just saw your edit . I was actually hoping it was accidentally set to 1.0v . That said, can you actually adjust your monitor to get a good picture with one of the darker cards ? It would seem more likely that the outlier is the brighter one .

On darker cards, the image just becomes darker.
Anyway - monitor and 3 builds went back to the basement. Lady was getting anxious with all the computers around the flat and it's way too hot to be handling all of this now.
I've restored all of them nicely though(without retrobright still) and should be ready for some old winter gaming! At least IBM model (the flat one) is since it's the only non dark one. Maybe it's worth installing monitor drivers too. 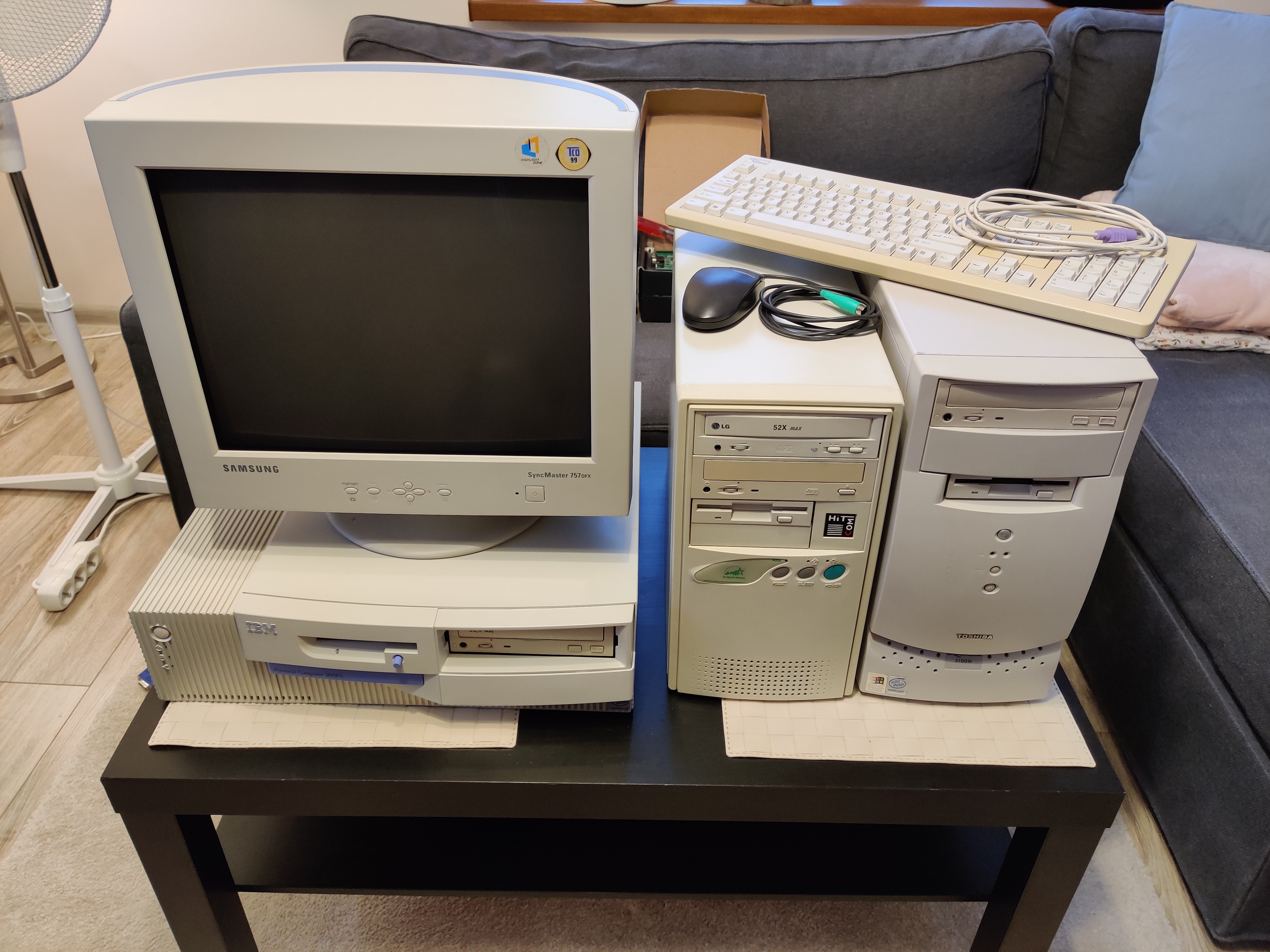 My guess, hiczok, is maybe your triod3d might have the black pedestal "problem". I would suggest you try your cards on modern LCD monitor that support VGA and see if the culprit is not the s3 trio that would then be too bright.

Sorry for the bump once again, unlucky wbc doesn't seem to be active in this forum, I'm trying to fix the brightness bug on my virge GX, I'd like to correct the bug in the bios, from what I could understand, there is a value "3F" that should be changed to "1F", but despite my tryings I can't find the right value, while when I execute the command run.bat it fix the bug.
Anyone can help, please?
Thanks!

Better late than never, but just wanted to thank you for this. Version 1.01 was the only one available on VGA Legacy. I just received a Stealth 3D 2000 Pro from a seller on eBay who listed it as faulty as it was displaying a garbled image; I noticed that the card clearly didn't have the original BIOS chip. Got the card and dumped the BIOS to check... sure enough, the card had a Trio64 BIOS! After flashing the right one, it's now working perfectly.

Anyhow, to answer your question, you can flash the ROM using a USB programmer (Such as the TL866-II). I use a programmer and it's incredibly easy to use.

Off the back of all of this, I did some digging and thankfully was able to find your newer BIOS which I flashed to the card... the BIOS works great, but I noticed that the 3.04 BIOS seems to make the card only run at 57MHz instead of the 72MHz of the 1.01 BIOS. I have modified the 3.04 BIOS to use the original 72MHz speed from 1.01 by changing the bytes at offset 0x29B and fixed the checksum. I've run a Final Reality test and can confirm that the card now performs the same as it did previously, so this has done the trick. As the card has 30ns RAM (well mine does anyway), I expect that at least 80MHz should be achievable, possibly more, depending on the quality of the chip on my board.