The card does not show a signal in DOS but works in Windows(98 and XP).
Wishful thinking points me towards it being a BIOS only issue (the link for a fitting tool/BIOS that was posted on this board points to nowhere).

Any ideas or links?

so the pc shows nothing until the windows logo appears?

Could also be a Mac version. Once Windows has loaded the driver, the BIOS is no longer important and the card will work. If the BIOS would be corrupt, the PC should beep because of the non-presence of a video card.

so the pc shows nothing until the windows logo appears?

Exactly. I thought the card was dead and never tested it thoroughly. By accident I left it in a slot, forgot it was faulty, turned on the PC and left the room.. only to be greeted by the windows desktop thereafter. Driver install went fine and it worked as usual. No picture on bootup/Dos.

@Sammler - THANKS. You might be on to something...is there some more info on a Mac version? The card even looks slighly different when compared to the others.

if it is a mac vrsion then flashing might help i believe; i just have no clue whether this is really straightforward;

On the NF2 chipset it works great in WinXP as long as there is another video card present, but it is only detected in Device Manager. 3DMark 2k1 only shows the other card (it was a Virge/DX), and so does GPU-z, which means I'm unable to use it to dump the video BIOS.
I haven't booted Windows on the MVP3 board, but since it doesn't hang on boot with the Viper I guess it might behave exactly as amadeus777999 described in his initial post.

The chip is flash-able, there are some BIOSes on the net, what software do you recommend me to try?

I haven't resolved the issue yet because the link(on a japanese site) is dead.
Do you have a tool for which you could provide a link or an attachment "quicknick"?

I sold a PCI V330 Viper three months ago. It got correctly detected and outputted a signal from boot on. Your card must be a mac version or has some other BIOS diff. 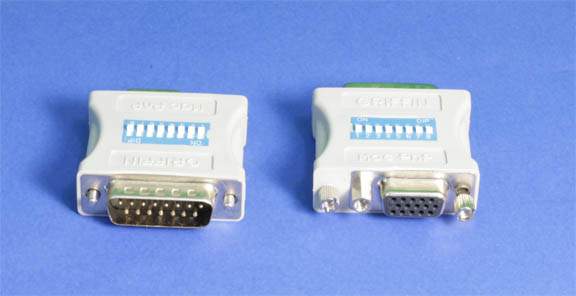 I haven't resolved the issue yet because the link(on a japanese site) is dead.
Do you have a tool for which you could provide a link or an attachment "quicknick"?

Here's what I could find, cannot remember the exact websites now but I guess you can search by filename. There was some discussion around the 1.82 BIOS version, something about this version being for 8MB-only or applying to both 4MB and 8MB cards. My retro gear is all tucked away for the holidays to give my home the resemblance of normality 😁, so I'll be able to play with these files only at the beginning of 2019...
In any case, I am quite interested in dumping the current BIOS first, that's why I asked about what software can be used for that (since GPU-z doesn't "see" the card). Maybe Uniflash? I think I'll give it a go.

Thanks a lot! If it's possible I will backup the BIOS on this Riva128 before overwriting it.

I guess I can't stay away from my retro stuff for more than a few days. Played again with the card, tried to dump the current BIOS but VPRFLASH only saves a "stub" of about 2KB in size, while Uniflash goes to the other extreme and tries to fill the entire floppy when dumping (I had around 470K free on the disk, got a "disk full" message, obviously the BIOS is only 32KB).

Looks like indeed this version is for the 8MB card, but it correctly detects 4MB on mine and seems to work perfectly. However, I will have to really test the card on a Win98 computer, because there's no Direct3D driver available for XP. If there'll be any problems I'll flash it again with BIOS 1.50 that I just found:

Sorry to revive an old thread but I figured it's better to keep things together. I have a V330 8MB running the 1.81 BIOS and would be happy to back it up and archive it here if anyone can tell me how 😀

NSSI for DOS can save video bios.
https://www.navsoft.cz/products.htm

But nssi does not work properly in some cases..

And Debug which shipped with 9x and DOS.