Are these both TNT2's Any differences between them?

I have two video cards that came with Dell Inspiron XPS's from I think early 1998, and the other late 1999 (I forget which goes with with...). I think they're the same but wanted to ask since I'm going to be using these for a while in my main late-DOS/Win98 gaming rig: 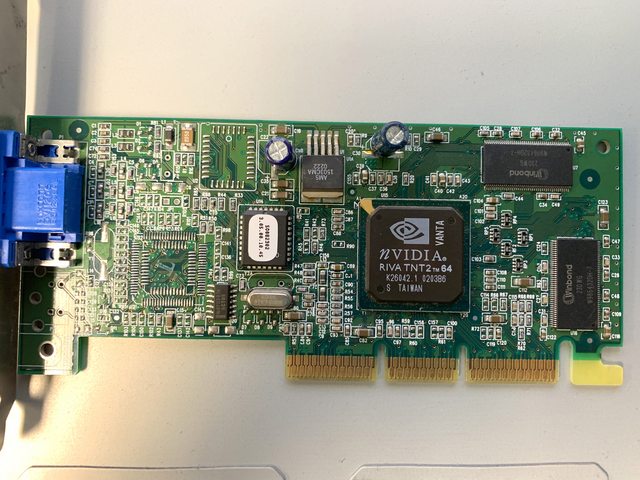 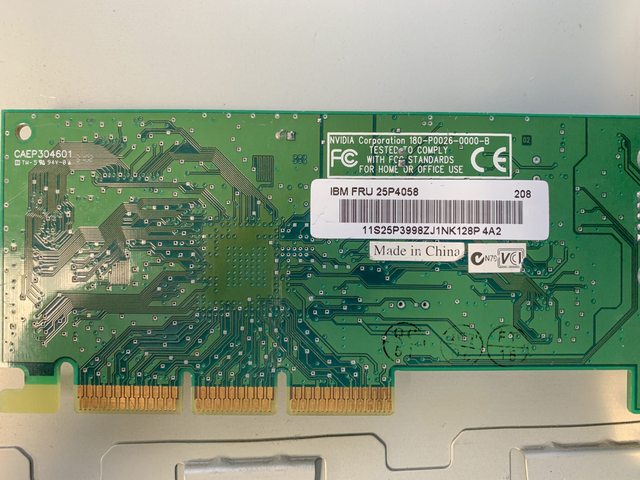 This one I can't take the heat sink off - it's glued on, but on the back it says "video M64 32mb", which I found reference to that being a budget TNT2 version as well - so are these both the same exact card? Were there different budget versions? Even though they're design is a bit different and one has a heat sink and the other doesn't? If they're the same model and RAM and all, I was going to use the one without the heat sink (above) as to me that means its design was tweaked a little bit and it runs cooler (or is that not how it works?) so it's probably the newer version. 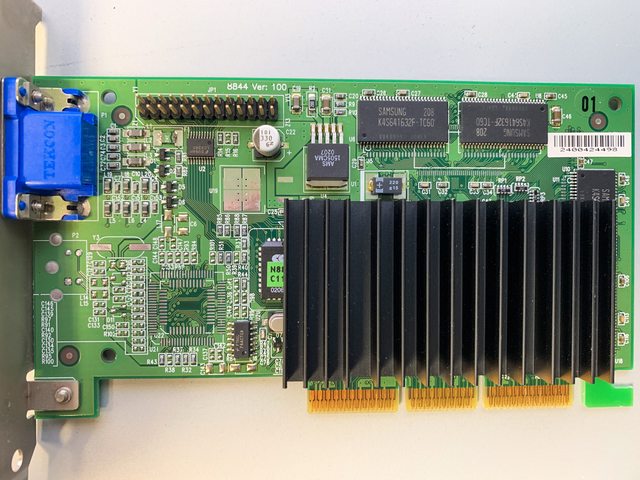 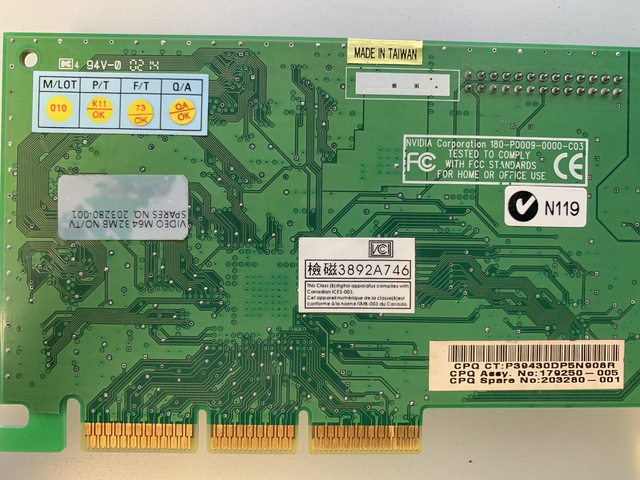 Only other video card I have is a GeForce 4 ti 4600 which might be giving my Win98SE system problems so I wanted to test with one of the above and get things running right before I pop that ti 4600 back in there. Everybody has been telling me the Geforce 4 is overkill for my system (and not period correct for a Pentium III 1ghz with the games I want to run - Quake 3 and Warcraft III are the latest/newest games I would be playing), so I'm totally open to suggestions for a card between these two as well... (and as long as it'll stomp a Voodoo2 SLI setup I would be happy - which the GeForce 4 without a doubt destroys).

Reply 2 of 6, by Dochartaigh

Great! Thanks. I'm going with the 2nd one then.

How could you tell the 1st one only has 16mb of RAM? Don't see anything about RAM size on it so I'm curious.

The memory chips type (TSOP-86 package) - these are always 8 MB / piece when installed on TNT2.

The first card (TNT2 M64 Vanta) is actually an IBM OEM card and the second one COMPAQ OEM, so both originally not from Dell.

Reply 5 of 6, by Dochartaigh

The first card (TNT2 M64 Vanta) is actually an IBM OEM card and the second one COMPAQ OEM, so both originally not from Dell.

Totally weird that BOTH Dell's I bought off eBay came with TNT2 cards...and neither are originally from Dell 🤣... Other OEM equipment will work just fine in my Dell, right? I know people said to stay away from the OEM Audigy 2 ZS cards....so I hope it's not the same with the video cards (as this is the only other ones I have to test with).

And I know the GeForce ti 4600 is supposed to be the best possible for a system like mine...but you can see from all the (hopefully not too annoying 😉 topics I've been posting that I can't even get a simple Windows 98 install to work correctly... so I'm switching out ALL hardware (and I mean everything, again: MB, power supply, RAM, HDD, cables, video and sound cards, etc.) to see what the problem might be and why I can't get a stable system that doesn't die in a week or so from some sort of error or become otherwise unusable.

I just paired a Ti4600 with my Tualatin 1.2 (Celeron), for Windows 98, I think it's a good choice. In the day a better Geforce 4 was often the card of choice for those with lowly Pentium III setups (vs. Pentium 4, Athlon XP rigs) as it gave them a couple more years of gaming life without issue.