Bought a Mach64 GX PCI card. It comes with VRAM upgrade and it appears to be a Mac Version due to connector setup (DSUB and 15-pin)

It doesn't work in a PC (doesn't even power on screen).

I was wondering if I can just swap the VGA ROM with another Mach64 PCI I own - ATI Winturbo (which is defective, but that's a different topic) and mod it to become a PC version. 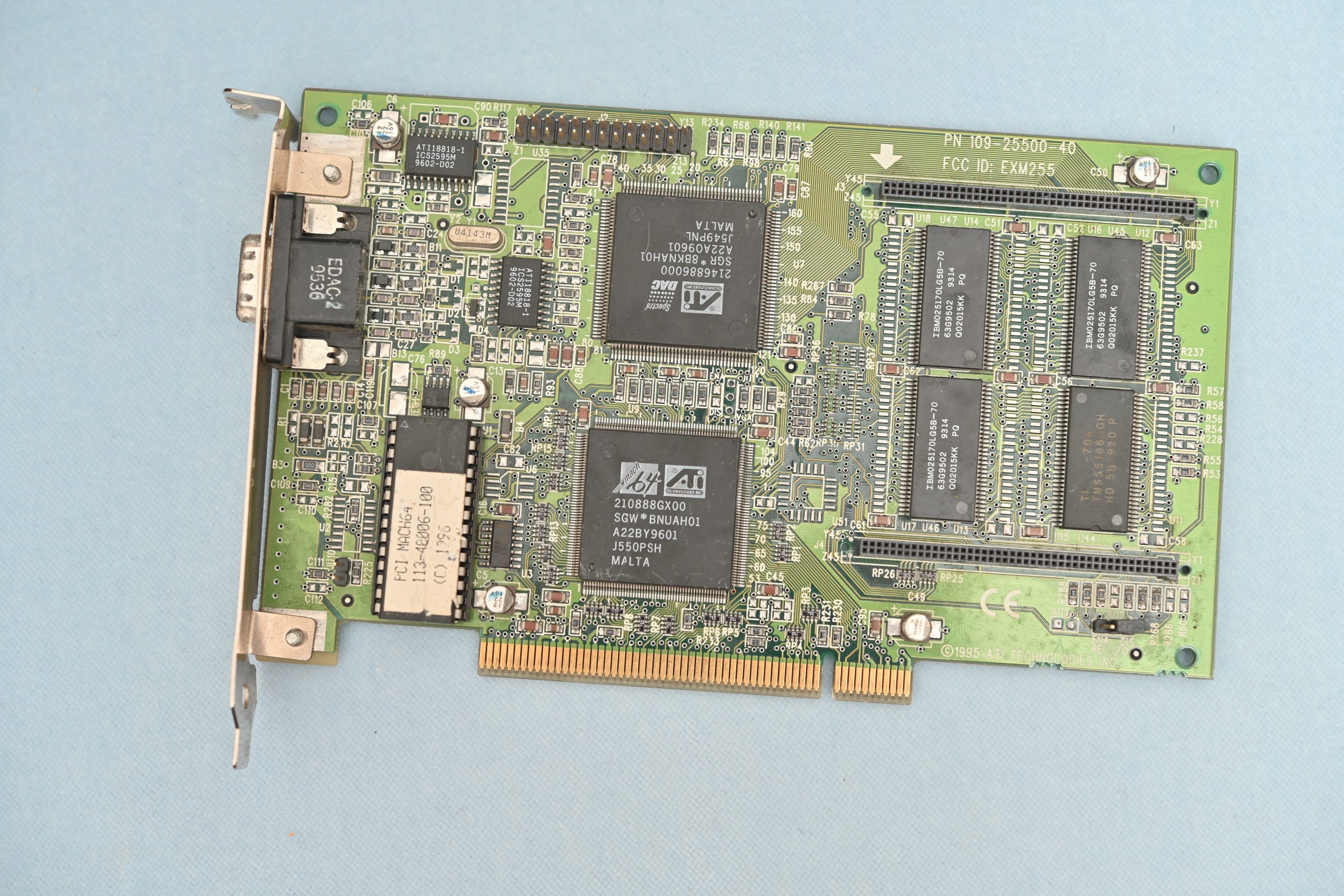 Now it the screen backlight goes on during boot, but displays no text. Presumably the image is off sync.

I was wondering it is because these two cards use a different RAMDAC (ATI88600 vs IBM37RGB514) so the ROM isn't swappable.

Does anyone have any luck with running Mac PCI cards on PC? Anyone has a PC version of Mach64 and they can dump BIOS? Was there ever a PC Mach64 card with IBM RAMDAC?

Reply 1 of 4, by Anonymous Coward

There should be a PC version of the GX that uses the IBM RAMDAC. I think it's called the Graphics Pro Turbo 1600.

I'd be surprised if the BIOS from the 109-25500-40 board worked because it doesn't have the IBM ramdac, but sometimes it works out. Keep a backup.

Not sure about board numbers, but I don't believe the card on your picture is Graphics Pro Turbo 1600.

Most likely it is another ATI WinTurbo card just with IBM RAMDAC.

But it looks like PCB is very close so perhaps the BIOS is the only difference between Mac and PC cards.

Anyway, if anyone can dump the ROM from any version of the card with IBM RAMDAC it would be appreciated.

Reply 4 of 4, by PC Hoarder Patrol

If that is a "D", then maybe a custom board