Having finally got GPUZ fixed so that it works on systems without SSE2 I was rather amused to see it reports my GeForce FX 5200 as having a Resizable BAR which is clearly a bug in GPUZ.

I would be interested to see if other AGP GPUs also report this and if so on which versions of Windows. So far I have seen this effect on WXP + 2003.

If you have a system without SSE2 then you need to use GPUZ 2.45.1 or later which will only run on WXP and later.

I wondering, does anyone know how to get a GeForce FX 5200 to show up as a display on Windows 7 x32? I am using the ForceWare Release 95 driver for Vista. 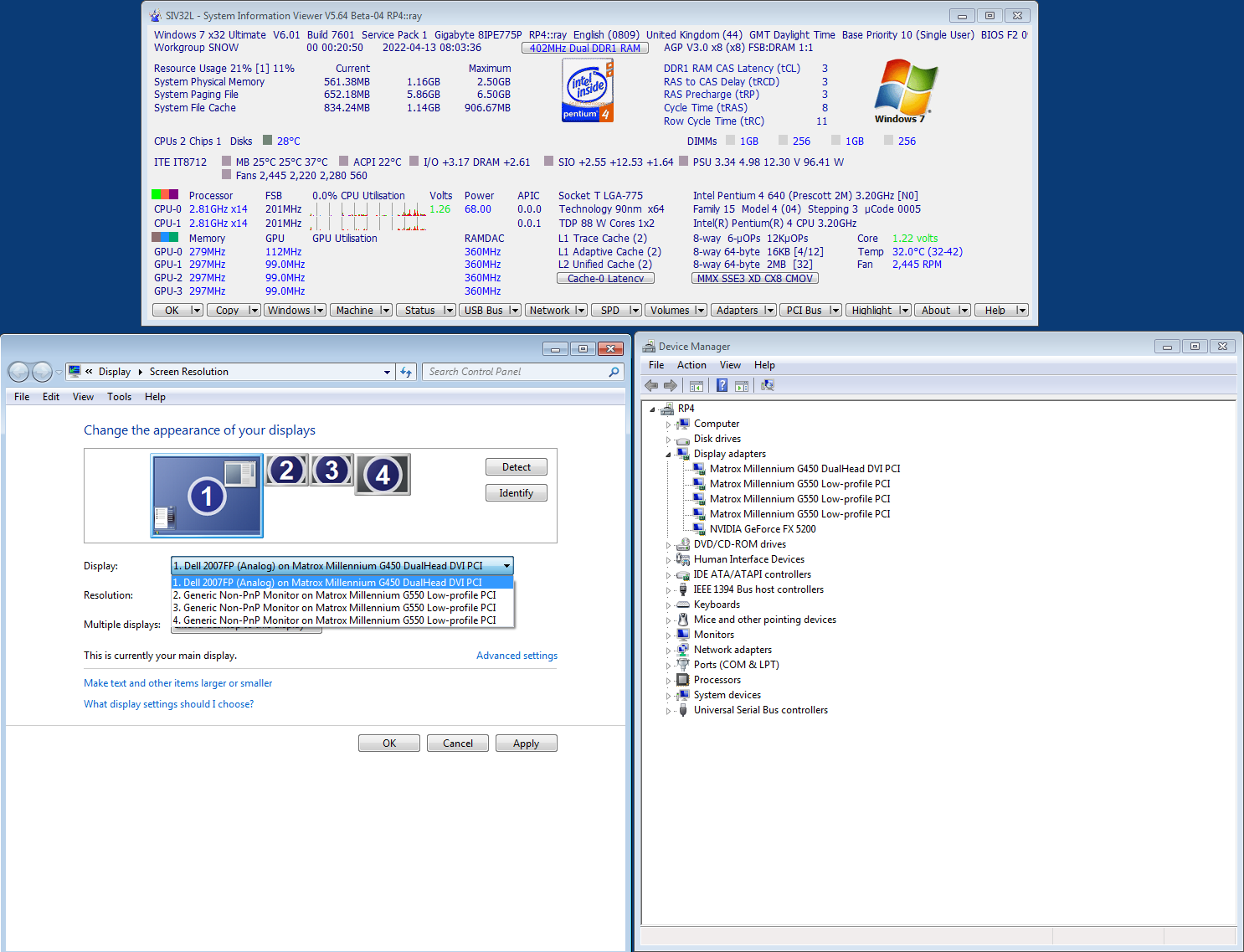 I think if you click that box in GPUZ it will bring up a panel with info about how it determined if it was enabled / disabled. It lists things like driver support, BIOS support, BAR sizes, etc.