can anyone tell me where this file originates? and how to add it to Windows 95c ??
apart from downloading the single .dll file - where is the origin of this file??? which package installs it on windows 95?

According to a Microsoft support page it's part of Visual Studio.

i guess i should be trying to find the visual c++ 5.0 redist. package? for windows 95?
i read that it no longer given out by microsoft because of the result of a lawsuit from sun microsystems.

im guessing one of these, possible 5.0 is the original source of mfc42.dll?

http://www.mdgx.com/add.htm
Verify that these are 95 compatible: http://support.microsoft.com/kb/259403

those links will not work as they point back to microsoft.... and as i noted, i read that they removed all links via microsoft + msdn because of a lawsuit settlement from sun microsystems

i tried the download of the redist at http://support.microsoft.com/kb/259403 (http://download.microsoft.com/download/vc60pr … stSetup_deu.exe)
and it came up in dutch language.. so i couldnt continue to install it as i have no idea which buttons to press etc i cant read dutch;)
perhaps the court ruling doesnt apply in the netherlands? 😀 i have no idea what that is all about

i was able to find a file called VC5.rar from doing a google search, which was about 80mb and it turned out to be "Microsoft Visual Studio 97"
installing the c++ package within this appears to have installed the mfc42 packages 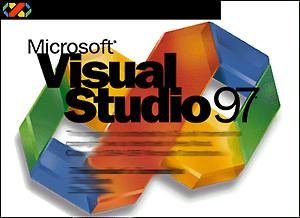 i had installed ie5.5 .. and was still missing the mfc package..
but i also had problems with ie5.5,
if its only in ie4.. or if u have to install ie4 before installing 5
maybe that woudl explain why??? im not sure...
im asking you guys ! 🤣

every ie4 that i could find to download was "active setup" and tried to download from microsoft.. (unsuccessfully)
does anyone have a link to the ie4 full non-active install?

i just found this link https://archive.org/details/Msie401 to the ie4 full cd (msie4_01.iso)
but i have yet to test whether or not installing ie4 will add the mfc42 packages

If you own Windows 95C you should also be able to install IE4 as that ships with the IE4 installer.

It is just part of the Microsoft Foundation Class Library. It is not really available with the Express (free) versions of VS. It is in the process of being depreciated in favor of dotNET. Some of the DLLs may turn up with some applications developed in VS using the library. The only lawsuit between MS and Sun That I am aware of was over MS's modifications of its implementation of Java 15 years ago or so. MFC is still seeing new revisions as recently as about a year ago.

If you own Windows 95C you should also be able to install IE4 as that ships with the IE4 installer.

i was unaware its on the same disc? these are things that ive long since forgotten....

**
i just tried to install and it from the win95 disc and it is the active setup version which fails due to the download being unavailable
so thats a no go.

installing VC5 didnt solve the problem for the app im trying to run,
the error im getting now is: ".EXE is linked to missing export MFC42.DLL"
slightly different then the file being missing, after some googling, ive read that this means
it now seems to be saying that the file is the wrong version..
which obviously means it needs Visual C++ 6.0 or higher,
im guessing?

is this what i need?
surely theres a way to get the fundamentals without the entire 'enterprise edition' app?

Also, you shouldn't really need to install IE. It has been so long since I have seen the IE4 installer, but if it used cab files you can extract it from the right cab. If they were the old MS compressed files, just expand the MFC42.DL_ to MFC42.DLL.

What is it that you are trying to get running? That might give a clue as to what version it is looking for. If it is a dependency it needs, it might be included in the installer. If so, reinstalling it might help. If the file is there, perhaps it wasn't successfully registered. If it is a version conflict, it seems like the error should be something more along the lines of not finding the entry point.

interestingly enough, i've just read that ie4 was also packaged with and included on the microsoft visual studio 6.0 cd.

the app im trying to get working, is Ableton Live v1.0
i had read that it was possible to make it work with windows 95
(see https://www.ableton.com/en/articles/live-syst … m-requirements/)

it seems strange that u would need to install visual c++ packages to run a precompiled app..
http://en.wikipedia.org/wiki/Microsoft_Founda … n_Class_Library

in line with the info from the chart above copied from wikipedia, i only had mfc40.dll installed when i first tried to run the app
and got the mfc42.dll message -- so i dropped to dos prompt and did a C: dir mfc*.* /s and saw "mfc40.dll" as one of the results

like i indicated, installing visual c++ 5.0 changed the error message, indicating a problem with mfc42.dll around line 6500 or so, so basically its wanting a higher version of the mfc library..
being that the app was developed in 2000-2001 this isnt a surprise. ive now found a copy of visual studio 6.0 so i will report back my findings on installing and upgrading from 5 to 6.0 to see if that makes my application work (in windows 95c)

Dragon NaturallySpeaking has been owned and supported by numerous companies over the years. Broderbund was one of those companies, and they had a support page with a download link for MFC42.dll (version 6.00.8665.0) as a means to resolve some issue with the NaturallySpeaking:

While you can't get the file through the Wayback Machine anymore, I did get a copy back in the early '00s, and it is attached. It might be a later version than what you have. Broderbund's instructions were as follows:

it seems strange that u would need to install visual c++ packages to run a precompiled app..

It depends on how the app is compiled.
Since MFC is used by many applications, it makes sense to use a shared library rather than compiling the same library into each application statically.
So a lot of software is compiled with the C++ runtime (which MFC is part of) in DLL form. This is a project setting in Visual C++.
Only problem is, there is a new version for every version of Visual C++ (usually with separate versions for each service pack as well). So everytime you run into the first app compiled with a certain version of Visual C++, the runtime needs to be installed. Usually it is bundled with the installer, but sometimes you need to install it manually.

The applications that my company sells, also rely on the C++ runtime (in my case it is VC++ 2010 sp1). I believe part of the reason for going with a DLL instead of a static library was that I wanted to use a sort of plugin system, where part of the application could be loaded from separate DLLs manually. This was only supported with MFC in DLL form, because else each DLL would get its own static copy of the library, and things would not be synchronized.

after installing Visual Studio 6.0 my application works on windows 95c!!!!!!!
surely there must be a smaller installer meant for people who need the dependancies without the programming environment, or need for a license for the entire visual basic ..
dont they call this "visual c++ 6.0 redistributable" ?

does anyone have a version of this file that is not in Dutch??? it says EN-US (English, United States) but it comes up in Dutch.. maybe an error on microsofts part?
http://download.microsoft.com/download/vc60pr … stSetup_deu.exe

is that dutch or german? either way its not English-US! thats for sure!

does anyone have a version of this file that is not in Dutch??? it says EN-US (English, United States) but it comes up in Dutch.. maybe an error on microsofts part?
http://download.microsoft.com/download/vc60pr … stSetup_deu.exe

It's German (_deu signals 'Deutsch' which is German for German... Not sure why the English call the Dutch Dutch, because I'm Dutch and we don't use anything even remotely resembling 'Dutch'... We say 'Nederlands').
The EN-US code would be _enu, so you'd be looking for VC6RedistSetup_enu.exe. I found one here: http://www.1st-technologies.com/files/vc6redi … up_enu.exe/view

another link here
http://www.simforums.com/forums/enu-vcredist- … topic49948.html
->> http://gex.flight1.net/forumimages/KB961894_SP1.zip
again not sure if its win95 compatible
this one is "Microsoft Visual C++ 2005 Redistributable" when u decompress the zip
i just tried to install this one on win95c and got an error "Error Creating Process <msiexec /i vcredist.msi> Reason: The system cannot find the file specified"

both of these downloads are identical and both seem to be incompatible with win95c
or lacking some other type of dependancy, maybe to do with MSI installer?

could this be it?

could this be it?