anyone got WING/WING32 to install in any fashion via OTVDM? been trying to get bad toys 3D 1.4 going and while it goes "ingame", it has weirdness with any dialog boxes to the point where going to change the resolution is impossible (I know it's a WIP but was curious anyway)

Jezzball works properly now and support for old resources was added too so this (with one patch of a real mode only instruction) silly thing can be done. 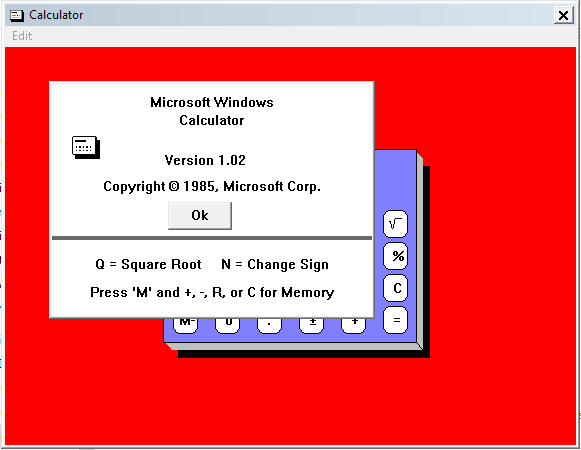 It broke Sim Tower. it no longer can find wavmix16.dll in its WINDOWS\SYSTEM folder. There is now a "dll" subdirectory, but copying it there does not help either.

The paths are screwed up, but Sim Tower can find the files and work fine after that.

There's a new release at https://github.com/otya128/winevdm/releases/tag/v0.6.0 with a ton of fixes.

Thanks for the news. WineVDM now seems to work fine. It's now able to integrate into Windows, too.
I got it to run a classic picture viewer and the file/common dialogs seem to function as intended.

With the new version installshield and sierra setups now "works".

Installshield (v2-v3) "indy and the infernal machine", "monkey island 4", installed and played without problem. The "Installshield Self-Extracting" it takes 10 or more minutes to unpack the installer itself. (I have to try the phantom menace installer)

This is a terrific project. I wrapped up version 0.6.0 in an AutoIt script that works this way:

Double-click Write64.exe (or whatever) to run the program. Or drop a file on it to open the file in the program. At the moment, it only takes a filename as a parameter, but I can change that.

It fails with big, complex programs, but seems to work reliably with smaller ones.

This is a compiled AutoIt script, so some antivirus programs will flag it as unsafe. If you don't trust it, don't use it. Don't waste your valuable time posting messages here asking if it's safe. I've codesigned it, by the way.

How it works: It contains the OTVDM files inside itself, and the first time you run it, it copies them to a folder in your temp folder. It then runs otvdmw.exe from the folder in the temp folder.

If your program complains that it can't find a file, then copy that file into the same folder with the program. If your game or app won't run, file an issue at the developer's web site. I'll update this with future versions of the project.

And here's the link:

You can set the 256 color compatibility mode in properties just like any other program but it only pretends to be in paletted mode which work fine for software like the incredible machine and battle chess which don't use any palette tricks but gabriel knight (which otherwise works in top of tree) has display issues. Note that in Windows 8 and 10, 256 color mode isn't supported at all so actually changing the video mode won't work on those versions anyway.

The Tandy VIS exclusive game "The Secrets of Hosea Freeman" runs too (in a window rather than fullscreen). There's a patched binary at archive.org that fixes the crashes from VIS exclusive features.

I wonder if it will allow you to play Windows 16bit games. I suspect it will.

It will. Though performance is still lackin' - in comparison to other solutions.
For example, a real copy of Windows 3.10 is smoother by many magnetudes in comparison.
Be it on a real 386DX40 system or in DOSBox, PCem/86Box or Virtual PC..

Currently, version 641 runs acceptable on an Athlon 64 X2 4000+ PC.
I can play MOD4Win there with 4 channel MODs and SIDPlay, too.
At the lowest sampling rate and in 8-Bit, however.
Otherwise, I get audio stutter and freezing programs (GUI becoming very unresponsible)..

Anyway, this will surely improve over time.
In my humble opinion, it's a miracle that otvdm runs that well aready. 😀

Edit: I've recorded my "experience" of what I wrote earlier here.
I also included real Windows 3.1 for comparison. The stutter isn't the fault of the recording, by the way.
Sorry, I had no interesting games / games with FMVs at hand for testing.
I believe simple arcade or puzzle games for Win 3.0 do run okay through winevdm on such a PC though.

Edit: Interesting. SIDPlay (W16) causes an exception error in win87em.dll
on an Win XP system when playing certain songs (like Turbo Outrun SID file, track 3).
So there seems to be an other justification to have an x87 math co-processor
installed in a vintage rig (386, 486SX).. 😁

win87em.dll is loaded and used for some things whether an fpu is available or not.

Can someone tell me how to compile the latest version?
The instructions on how to do that are somewhat sparse.
All it says on the github page is...

Well yeah, great.
I've installed Visual Studio 2017, I've downloaded something similar to binutils from here
https://pkeus.de/~philipp/Downloads/PrettyOS/ … .26_GCC-6.1.zip
but I don't know what to do next..
And no, I'm not a programmer and I don't want to become one.

Is it feasible as a layman to get this to work or do I really have to become a programmer first?

If you just want a update version and aren't making any source changes you can download it from appveyor. https://ci.appveyor.com/project/otya128/winev … build/artifacts

Oh thx!
I didn't know that.

I just tried it and it's so amazing! Now I'm on Win64 fully running Win16 games. Thanks for making it possible!
Edit: It just can't run Darkseed 2. The installer takes forever and crashes when it reaches 100% and the game itself also crashes right at startup.

If you are familiar with DOSBox you can install Windows 3.x in there and then install Darkseed 2 in that. After that you can run Darkseed 2 with <path>WIN.COM <path>DARK0001.EXE That's a trick I found to play Win 3.x games without having to load into Win 3.x first.

If you go one further and add PATH=C:\WINDOWS at the bottom of your dosbox configuration file then you don't need to type the full path, you can just go to the folder of your game and type win <game executable>

One caveat to playing DS2 in DOSBox is that you will need to find an svga/vesa driver here on vogons as the bog-standard S3 Trio one that Windows installs makes the game choppy. Hell, that might even be your problem using Winevdm, have you tried installing a new vesa driver? The ET3000 one works.

So, my first post on here is a bit off topic. Good start, Rob!