One guy @macintoshgarden gave me this info:

by MikeTomTom - 2016, September 6 - 12:14pm: Perhaps these Disks could solve other issues (ct-voice.drv) does not work for very old Dosgames/Demos.
I'll be adding a page for the LC/Performa/Quadra 630 DOS Compatible shortly (including the DOS software side), I'll add a link to it in this thread once its up.

The softmpu-driver has another feature that is routing the midi-signals not through the joystick-port and using a com-connection.
Then I can use my working MacMidi-Connection and tell the PC-Compatiblity Extension to route the PC-Comport through Modem-Port of the Mac. Then I get signals on my MT-32 but they are garbage.

Here's a diagram scanned from the 630 DOS Compatible user manual describing the pinouts of Mini DIN-8 in relation to their DOS counterparts:

This means they are NOT identical, so no using of the working midi-connection on the mac-side!

Pretty sure the DOS Compatibility Card does NOT have the MIDI signals connected to the joystick port like a regular SoundBlaster.

Would be very nice if some could confirm that. Then the only possible way is to use the softmpu serial connection with a correct wired cable.

Strange. Even if there was no MPU-401 interface present or accessible, the DSP commands for SB-MIDI can be sent.
Every Sound Blaster since the 8Bit era had this feature. It was also still functional in the SB16 series (at least CT17XX, as far as I know).
For this MIDI type, there's no special support necessary (no extra pass-through, no extra resources, whatsoever).
Perhaps Apple did really just miss to wire that port properly.

About that latency thing.. Yes, it is true that VMs aren't optimal for MIDI. However, this doesn't affect playback or
communcation with a single MIDI device. Latency is important if you do have a "MIDI network" with devices like sequencers, pianos,
expanders (midi modules/synths), electric drums and so on. But this latency issue is old news, it already was a problem when
USB-MIDI cables appeared. They were inferior to internal PC cards. That was also one reason as to why the Atari ST was kept
in use for such a long time after its end of life..

Edit: Never mind. Found a diagram. Seems only the NE558 connects to the Gameport..
Perhaps it can be fixed ? MIDI-out just needs two wires and a resistor.
Edit2: Be careful, 5v might be present on pin15 (MIDI-in)..

Another interesting "PC card", the Master 512 module.
It was an add-on for the BBC Master 128 and came with DOS+ and GEM. CPU was an 80C186.
A fascinating little thing, I think! 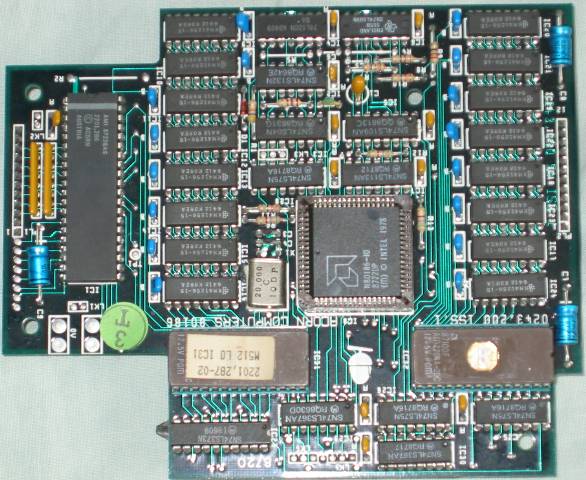 And here's the computer.. 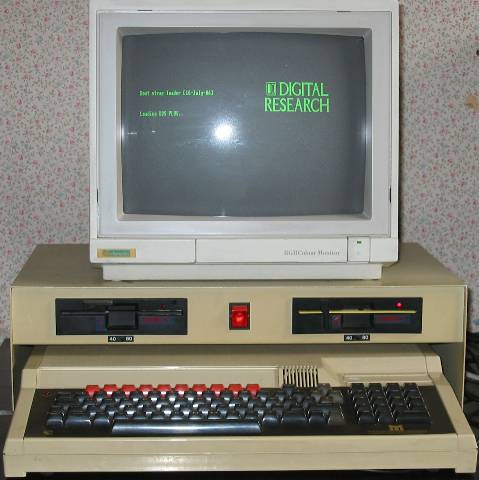 The Picture made it clear to me. The only way will be mapping the COM-Port to Apple-Modem-Port and using SoftMPU with COM-Output.
This already gave signals to the mt-32, but they sounded garbage. Perhaps not the right transferrate and the was another image in
the description of the 630dos that showed the differences between the com-port-wirings.

I agree, the baud rate is a problem. Maybe a Macintosh shareware utility can help or an external microntroller can do the conversion.
Or you could try to use an RS232 capable MIDI synthesizer to do the conversation (part of its pass-through ability).
I heard some of the Yamaha or Roland modules can do this..

Fixing the MPU should be trivial, though. I theory, at least.
Your 630 incorporates a Vibra16s chip, the CT2501, which was also found on the "real thing" (certain SB16 cards).
Assuming the NE558 and Vibra16s do share a common ground, it is just a matter of finding a single pin on the chip,
then attaching a wire to it and adding a resistor (220 ohms, for example) between the wire and the Gameport (pin 12/15).

The real problem is, that there's no public documentation available - someone with a CT2501-equipped Vibra card
has to follow the traces on the PCB to make out this pin.. Maybe some forums members can help here ?
Edit: It seems the CT2260 has a CT2501-TBQ. (picture)

And the archetypal rebadged Philips monitor 😀
So many 80s computers used monitors from these series.

And the archetypal rebadged Philips monitor 😀
So many 80s computers used monitors from these series.

Oh my, you're right! One of my Hercules monitors is a Philips model and looks exactly like that one! 😳

About that Mac compatibility card.. Just found this.:

Apparently, the people at 68kmla.org discussed the same matter as we did, but about 3 years ago..
And they came to the same conclusions as we did.

btw. the 630Dos seems to be dead, no "gong" and "no picture". it had the problem that no midi can be routed to my mt32 either and therefore over a thousand dosgames can not be used with the mt32.
so I will go for the original Nubus idea. I want to put a Nubus Doscard in my Q700. Does anyone have such a card and does not use it anymore?

I bought two NUBUS Pc-Cards from orange 386/sx 486/sx, both seeme to have no build-in audio...one has no connector, the other has a breakout-box with a real lpt1 afaik, so a covox will be possible. The 486-card has a single ISA-Slot but this thing will NEVER fit in a quadra 700, that thing must be exclusive for a much bigger case/machine...

Please recommend me a game for testing out, if my PC-Compatibility-Card (166Mhz Apple) has the hanging note bug. The PC-CompatibilityCard has a Vibra16S.
Seems to me that it is the same chip as on the ct4100, but I am not sure about that.

Type 2 bug can happen in any game.

ps: I own that card, too (brand-new, never used). Let me know about the results. I always asked myself if I should get another PCI Mac to put the card in.

The Vibra16s is soldered on the PC-Compatibility Card, the Chip seems to have CT2508B or something.
I looked via google and found out, that a ct4100 "could" have the same chip.
So we are not talking about putting a CT4100 in a mac.
The games mentioned are not the ones desired on that machine, because 166Mhz are to slow for Build in Hires and
the later Dosgames anyway.

This has a Cyrix 6x86 PR166, which is more than fast enough for any of those games. Besides, you asked for a game for testing if the card has the hanging-notes bug, so choose one for testing - even if you don't plan to play it with that card. And as wrote before, type 2 hanging-notes bug can happen in every game.

That's not correct, it will work in any PCI Mac. It's only a matter of the PSU. The "PC" versions had a stronger PSU, but that's not an issue as the PSU can be replaced with a stronger one and later, Apple only used the stronger one for all anyway.