Bought a "new" screen to play with, so perfect time to pull out the 'ol k6-III+ rig. This Philips EDTV has a 20" 640x480 S-IPS panel and a max 450 nits brightness. Perfect for some pixel perfect 3dfx dos gaming. Forget those drab 1280x1024 TN panels, bright and vivid with no scaling is in a league of its own.

I do like that era of dell cases. Same as my xps m233s although, I do wish they had the crossbar like in the next generation. The case can be a bit flimsy with the side panel off.

another xp build. i really like this one. nothing too fancy.

That's a great XP system. I really love that case.

The e8600 is a great cpu it's what in my daily driver system.

I really like that case. Happened to have handled mine just a few hours ago as I'm working on my attic.
This case is very similar to the Coolermaster Centurion 5, which happens to be one of my favorite cases. The side panels were the same iirc.
I still need to build me a Core2Duo rig at some point 😀

The centurion 5 is one of my favorite cases I have my socket A T-bird system in it.

Warning: NSFW due to rust and corrosion on the front bottom of the case. Otherwise, no components were harmed No RAM installed at this time since it's being used in another system temporarily and I need to locate my spare SD-RAM sticks. And on top of that, the board and CPU will be swapped to a better board and CPU since I never liked Intel chipsets until the i815 since some of the Intel chipsets didn't support AGP, including the i810 lineup and due to RAM, HDD, and other limits.

The case will get a lot of TLC, paint jobs, and rethreading for the screws so that the add-on cards can be installed tightly instead of loosely, HDD/FDD bracket will be straightened out, but the HDD is mounted on the first 5.25" bay, which the HDD isn't installed at the moment, and a few other things, including the case panel screw mounts will be rethreaded to use bigger screws.

It's been a while since I made a post here, so here we go.

This is my late 90's daily driver, a Fujitsu T-Bird case, which seems unassuming at first.

Aside from the motherboard, the specs are pretty standard for a Windows 98 box.

NOTE: because the CPU is underclocked, I can get away with passive cooling, it stays relatively cool with just case airflow.

And I present you my Compaq Deskpro EN-SFF after four days of sunbrighting the case/front panel: 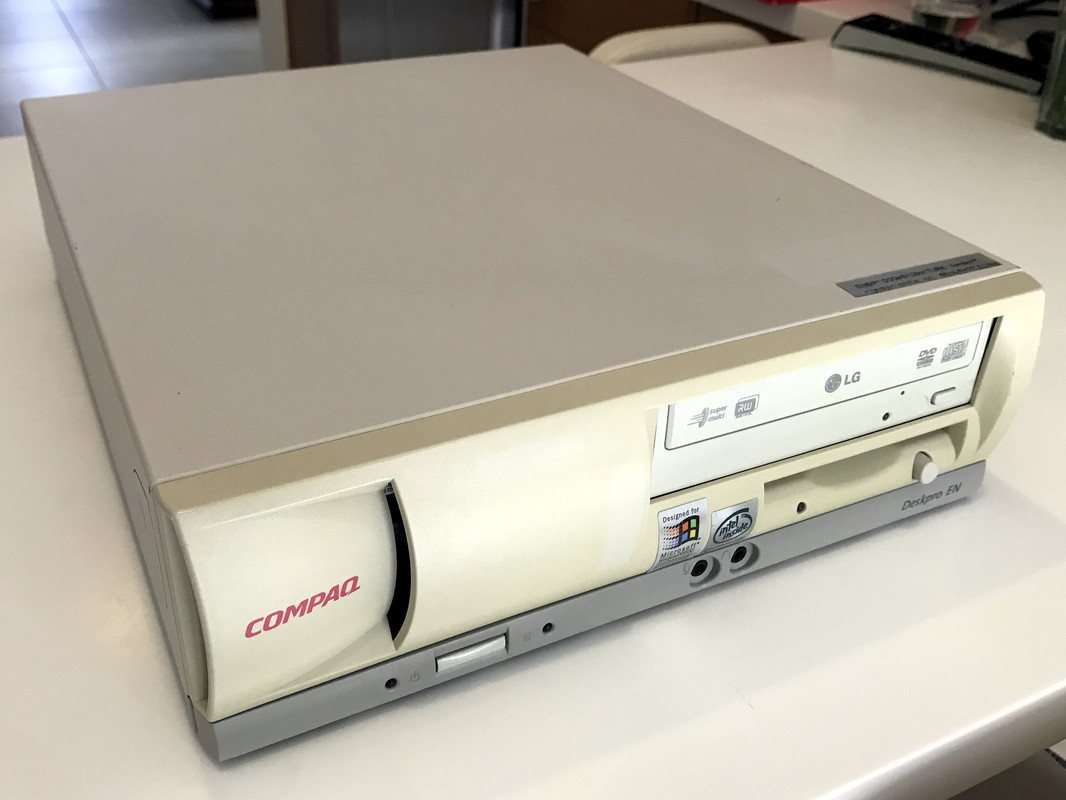 That's a nice system good power in a small case. I also like the looks of it too.

Very nice. I am still searching for Guillemot soundcard...

I'm back with one of my favorite OEM computers, Dell Dimension XPS D333. I should sunbright this sometime. 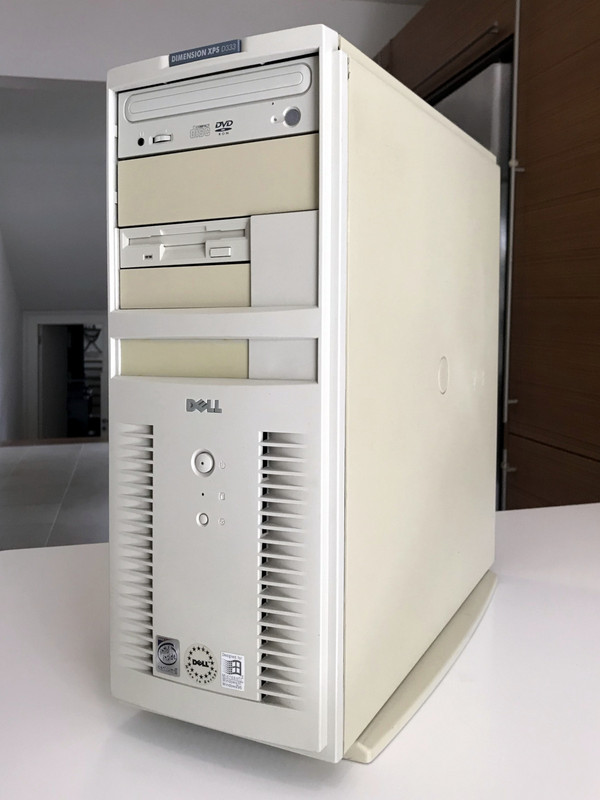 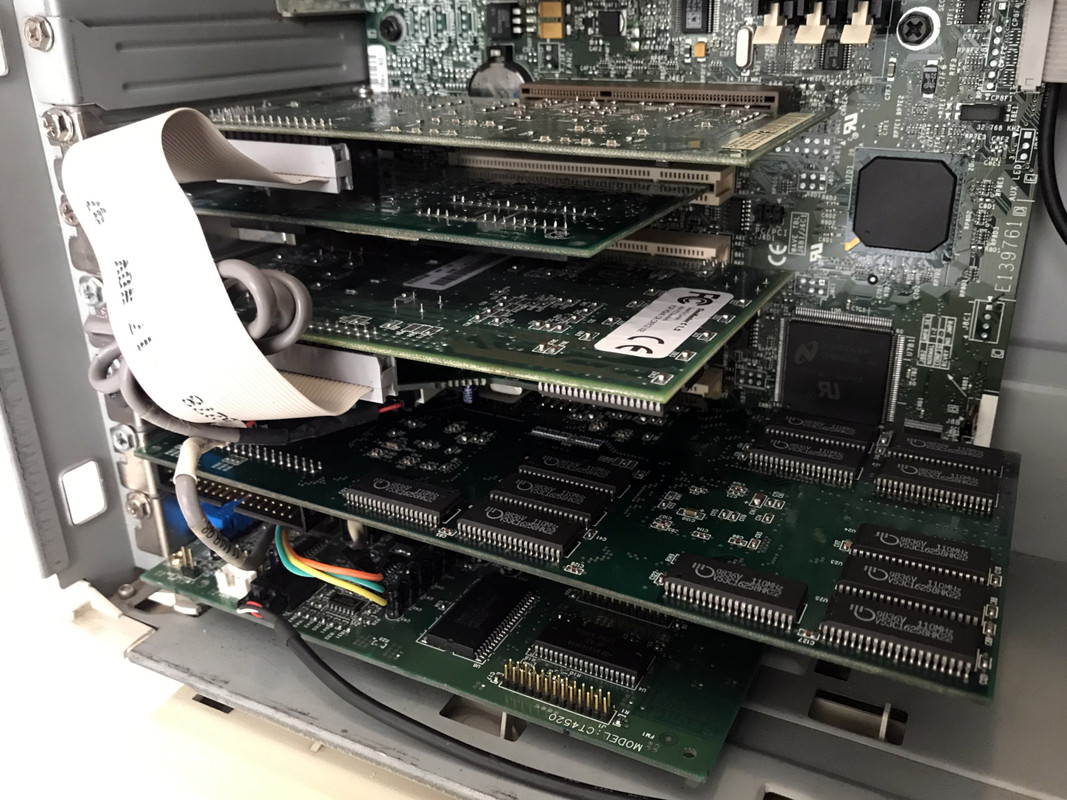 That Dell has a very sharp looking case. The specs are great too

Yup, that is one nice looking rig.

Be getting that voodoo2 a twin soon tho.

Be getting that voodoo2 a twin soon tho.

Not enough PCI slots on the motherboard, I would need to do away with the NIC or MPEG Decoder, and I don't want to change the original configuration. 64MB Extra RAM, 80GB secondary HDD and a Voodoo 2 card are the only additions I've made to it.

Sweet Dell system, always did like them. Just curious, if the power supply dies, what brand/type would you replace it with?

Sweet Dell system, always did like them. Just curious, if the power supply dies, what brand/type would you replace it with?

Any decent ATX with an ATX/Dell adapter (reminds me I should stock up on one from ebay..)