This ran the POS system for a restaurant for around 10 years. Windows 2003 x32 with about 6 XP Embedded tills and 10 Windows CE Handheld devices used to take your order at the table.
Hardly a demanding task and the hardware reflected that. 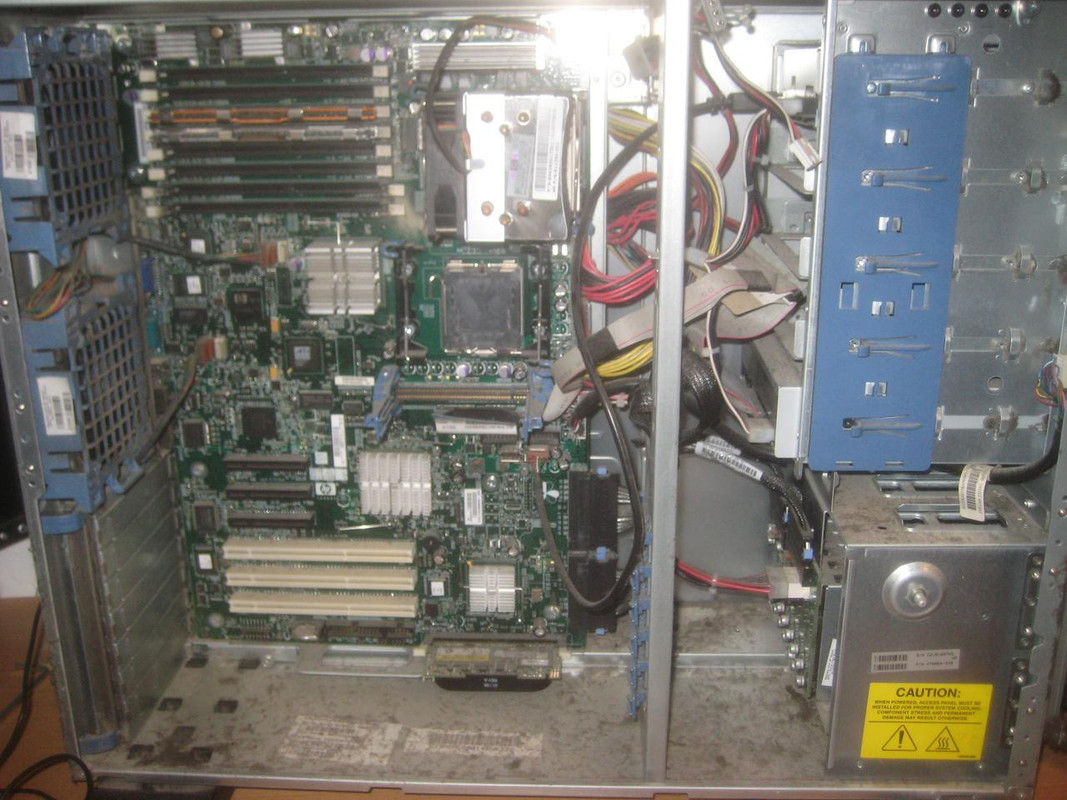 CPU: Single E5320 1.86GHz
RAM: Something like 3GB. Cant quite remember, think it was the original 512 stick plus an upgrade 1 or 2 GB stick.
HDD: Pair of 120GB drives in a mirror.
Tape: DDS4 which must of came with the server, Doubt its ever been used.

It lived in an unused office in an old building so not an ideal server room but not terrible. just not very clean either. 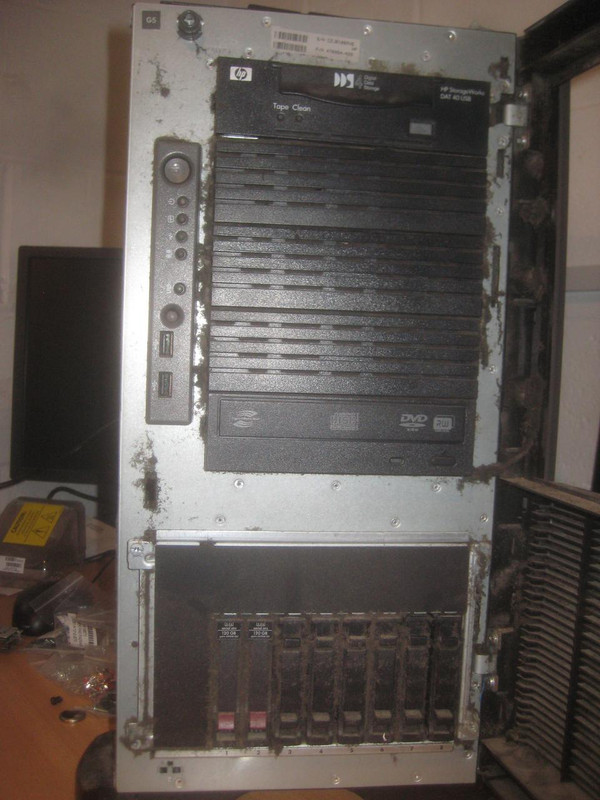 Question is what to do with this beast?
In my eyes it's perfect for a "maxed out" Windows 2000 Advanced Server 😀

Upgraded the CPU's to 2 Quad core X5460 3.16Ghz which are the last officially supported. I would bet it could handle 3.33 GHz X5470 just fine, but they cost half as much again and couldn't quite justify the cost to myself for what is already massively over spec for Windows 2000.
This is my cheat for maxing out the CPU count as Windows 2000 doesn't understand the difference between cores and sockets. So as far as it's concerned now its a 8 CPU server 😀

RAM I got lucky, another company I work at has 4 similar spec DL380's in storage but most likely never to be used again. I'm "borrowing" 4 sticks off 4GB for a total of 16GB.
4GB sticks are the largest the server takes so have the option to easily max it out in the future if I want with another 4 sticks but for now even 16GB is too much so enabled online spare which uses 4GB as a kind of redundancy and the last 4GB is simply wasted.

The VRM also came from one of the DL380's as well as a 2nd PSU. Yay I have redundant power on my non critical server 😜
Had to purchase the Heatsink for about £20 and also got the somewhat pointless redundant fans that mount directly behind the existing ones for £4 each.

It already came with the 128MB RAID cache and Battery, although the failed battery is what ultimately got the server replaced. (it was due anyway but that pushed it up the list)

It's interesting mix hardware wise. Even though it supports SATA it comes with an IDE DVD drive. It also has support for Floppy so added a Gotek.

Using HP SmartStart 7.91 (Final with Win2k support) got the machine up and running in no time, even the tape drive.

What do I intend using this for? Well for now as my "support server" in our storage unit. I've copied drivers, install files, etc anything I might need as I cant get internet in the unit which is why I added the Gotek.

I've got quite a number of these smaller hard drives in different sizes from decommissioned servers or been replaced due to predicted failure.
As the server can go weeks without been turned on I may get years out of those failing drives. The space is more useful then the data itself. I have a few raid 5 or mirrors depending on how many drives of the same size I had. So if a drive does finally fail. I should be able to swap it out and let the raid repair itself and if the other drive fails during the rebuild which is quite high with these pretty far gone drives. I have everything on a my server back home anyway.
Plus I get even more flashy lights then normal this way 😉 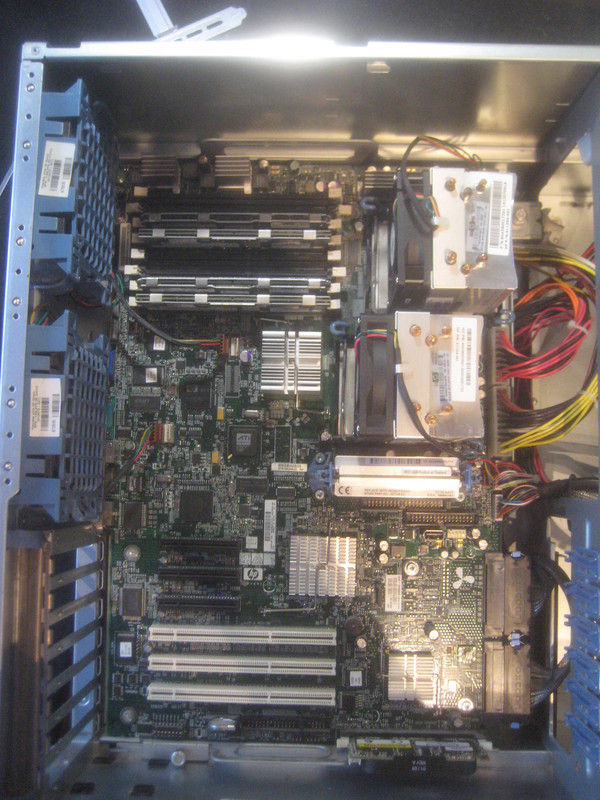 It's hard to love this era, I'll admit really its too modern for Windows 2000 yet socket 771 make for nice 2003 servers. Even the server's build quality feels a bit cheaper then earlier Prolients. But I quite like the build in the end, And you better believe I have my eye on those DL380's when it comes time to dispose of them for good 😉

Reply 1 of 2, by detritus olentus

Ahhh I guess that makes us server cousins then??

Ahh replace all caps, they are dry/leaking.

I had the same Machine.

My biggest Issue was to cool down the FB DIMMs.. full populated slots and highdensity modules even with fan blowing on them where allways too hot.