Here's the backstory about the computer: my brother and I went to a few thrift stores and sitting on a shelf was a computer that was built in the 1990's. I asked how much it is and they said $10 (cash only), and I couldn't say no, so I bought the system and took it home with me and placed it in the trunk of the minivan we had at the time and put it into the trunk of my car that had no brakes (used for storage in the meantime).

I took some pictures of the computer itself while it was in the trunk (from June of 2020): 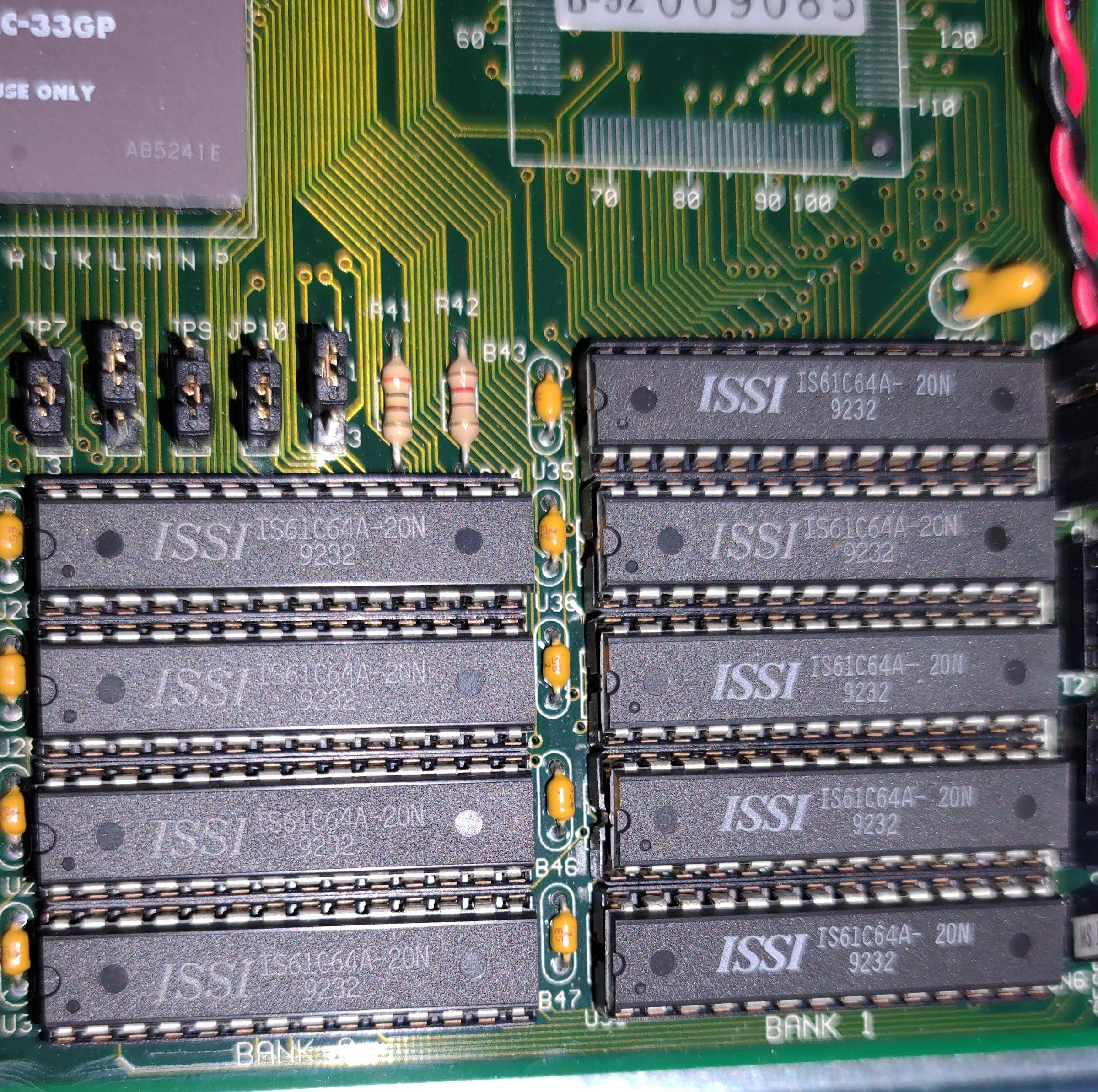 The motherboard (front side): 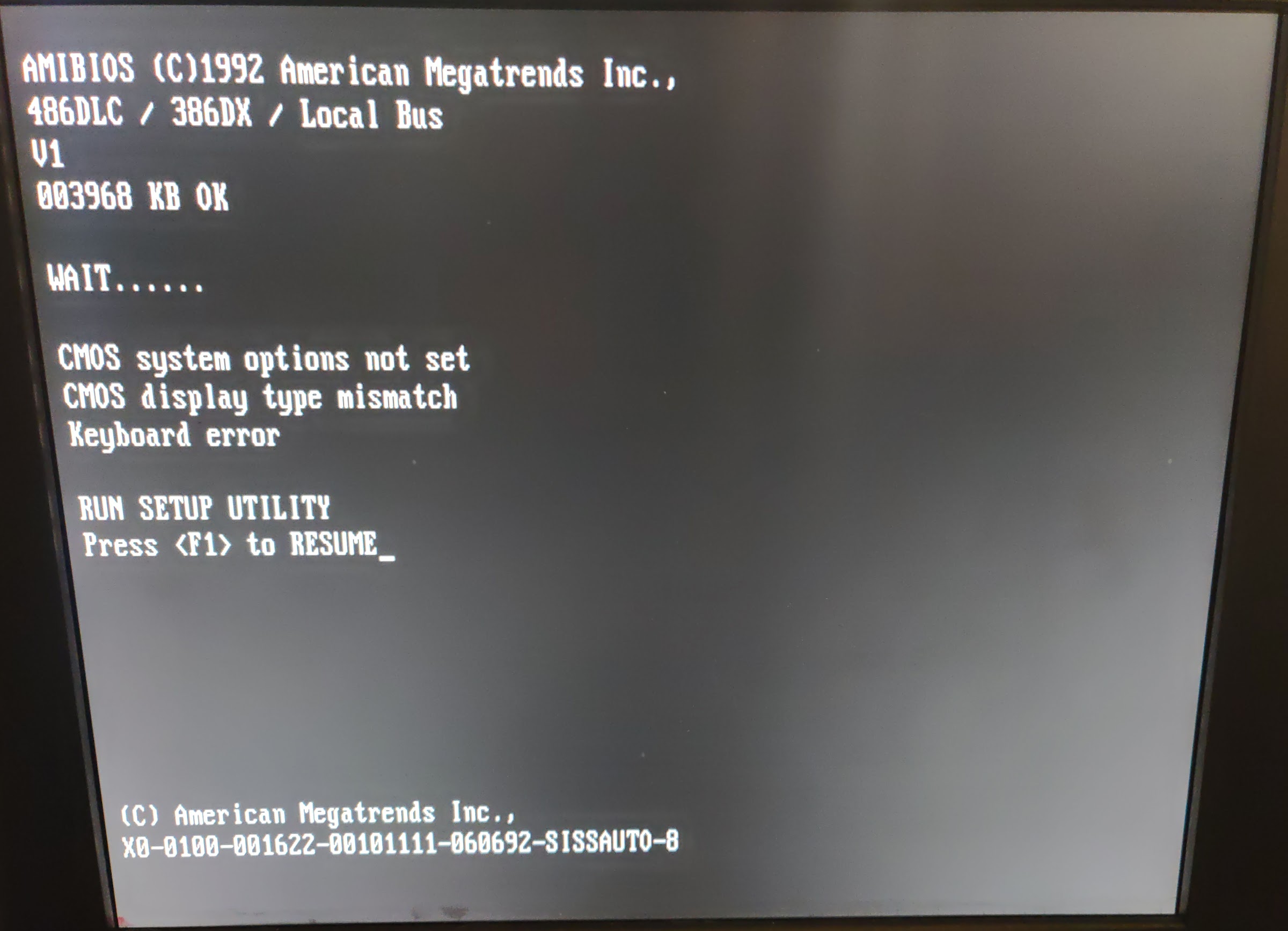 More photos coming up later (trying to not insert a lot at a time) for the upgrades, features, and other items.

The only repair this board had was the trace that got damaged by the leaked battery and no other damage either (got lucky, unlike a board that was beyond repairs and the other that I have doesn't POST still, but it'll get the repairs it needs).

Recently I checked a 386 mobo from Asus based on the same cuipset. It was dog slow. Will be interested to see how this one turns out.
Will be watching this thread.
Hope things work.

Oh cool, it has EISA slots, shame there were no EISA cards installed in the system!

Oh cool, it has EISA slots, shame there were no EISA cards installed in the system!

No, it has not! DO NOT PUT EISA CARDS INTO THE SLOTS.
I clearly can read the printing "LOCAL BUS".
It is not EISA, but OPTI local bus. EISA vs OPTi Local Bus cards - how to tell
However, there are at least 2 versions of OLB: OPTi / Orchid Local Bus variants

I happen to have the exact same case, but mine has a 286 motherboard in it with an MDA card.
The only downside of this particular case design is that the power switch is on the right hand side of the case, connected directly to the power supply (PSU) - these are difficult to replace, since they look different to other standard AT PSU's.
However, be sure to open up the PSU and check the capacitors and perhaps test the rails to ensure they still deliver the correct power output - my specific PSU needs a recap.

No, it has not! DO NOT PUT EISA CARDS INTO THE SLOTS.
I clearly can read the printing "LOCAL BUS".
It is not EISA, but OPTI local bus. EISA vs OPTi Local Bus cards - how to tell

Oh yikes, thanks for the correction, today I learned about OPTi local bus. 😀

That's insane that OPTi reused the EISA connectors in such a hideously incompatible manner. What were they thinking?! I suppose these 'local bus' cards must be extremely rare by now.

a bios dump would be welcome as would a better straight picture 😀
alas, I could not find jumper setting info yet.

JP1 is for the normal CMOS operation/clear CMOS for either the rechargeable battery or the external, and the rest I have no clue either.