Indeed, thanks, that's why they looked familiar. Though I just realised I might own another set, buried somewhere in a box as "speakers of last resort" because that set had gone to a mottled 50 shades of yellow*, and had also developed rattle and buzz from something loose. They look easy to get into and fix up though.

* I'm not all that picky about yellowing if it's even, but when you pull a load of stickers off something and it's got white spots, and each part has gone a different shade etc it looks nasty fugly.

Bought a PC Interlink by SoftWorx for $2.99 + tax at a local thrift store (sealed, never opened).

Cool, could be a good solution for things like MCA machines where Ethernet cards are $$$

...
So what else I got with it for my 10 canadian dollars, was the keyboard and mouse, both PS/2, keyboard also has part label missing, dunno what it is, rubber dome type, maybe 8273 or something???

Maybe it's electronically similar, but I can't see any cases that match. Apparently this should be called the "IBM Standard 101 key keyboard" but holy hell is that difficult to search for. Not sure how amplified it is by googles artificial stupidity, but I get flooded out with model M and M2 results and add rubber dome and get rubber dome model M results.

In general, there is problematic naming with every aspect of this system, from the keyboard actually named "standard" to IBM calling it the IBM PC 330, with the IBM PC part very non-unique, and the fact that while it's a 330, IBM continuously refer to it as "300 series" a couple of years before they brought in the 300GL/PL etc Pentium II systems which the entire interweb thinks of as the only 300 series.

Heh, found a magazine ad for the series, the a-holes have a Model M in the picture which was extra cost option... https://books.google.ca/books?id=79i1lfAqumUC … oard%22&f=false

I don't know though, it's a year later than my machine and looks like they added PCMCIA standard by that time, maybe they are shipping with model Ms by then.

edit: Oh yes, the other thing is the series referred to as "Commercial Desktop" line... search that and get lots of commercials for desktop computers 🤣

editII: This is the warmest I've got, Swedish version?? https://imgur.com/a/dNnEX but I can't find that part number elsewhere either and I search IBM Model A and google's artificial stupidity goes "Surely you mean model M, everybody searches for Model M" I DON'T FREAKING MEAN MODEL M ... It's getting bad, pretty soon it will just answer "42" to all queries because that's the most generic answer ever.

Not from today, but from the past 2 weeks. Bought a few new machines:

- 486dx2 80, 8MB, Trident tvga9000B 512 kB, some funky unknown motherboard with all white slots (including ISA), Caviar 2540 HDD. Probably pcchips, not sure. There are stickers on chips that says fugu tech. Looks like this one, but I havent yet cleaned this pc: 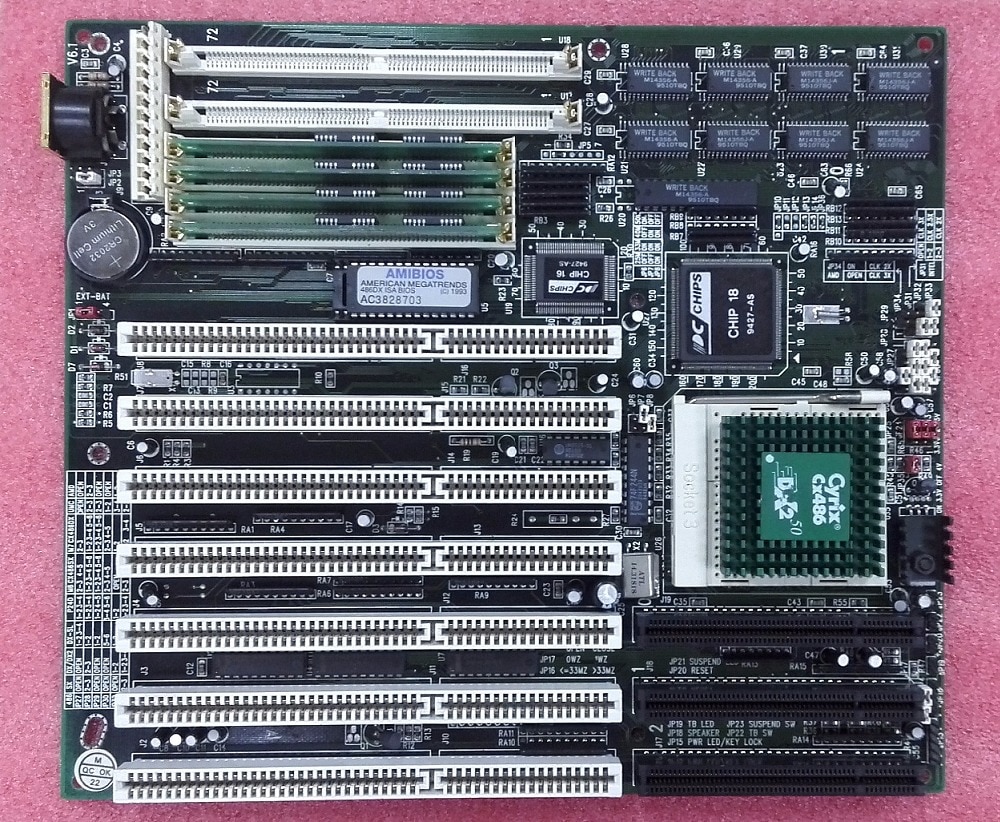 Wow, what an incredible find. 🤓🤯

- 486dx2 80, 8MB, Trident tvga9000B 512 kB, some funky unknown motherboard with all white slots (including ISA), Caviar 2540 HDD. Probably pcchips, not sure. There are stickers on chips that says fugu tech. Looks like this one, but I havent yet cleaned this pc:

I see it's a lottery board, have to check if it has real cache.

This is what the seller send me before I bought it, it seems there are cache jumpers present

To check if the board has real cache, boot it up in DOS and use Speedsys. Do a google search for "DOS benchmark Pack" from philscomputerlab.com

Thanks! Will try once I get home. 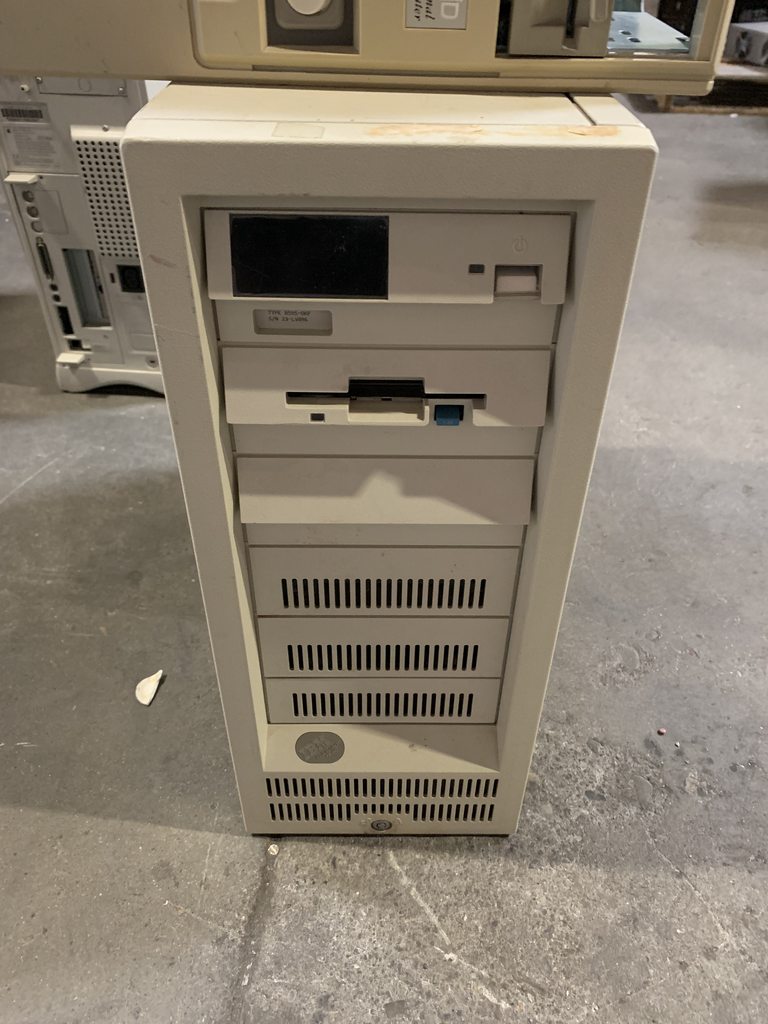 Model 95, unfortunately I think it was in a flood and thus the bottom needs a repaint/sand bad 🙁 It does boot though. 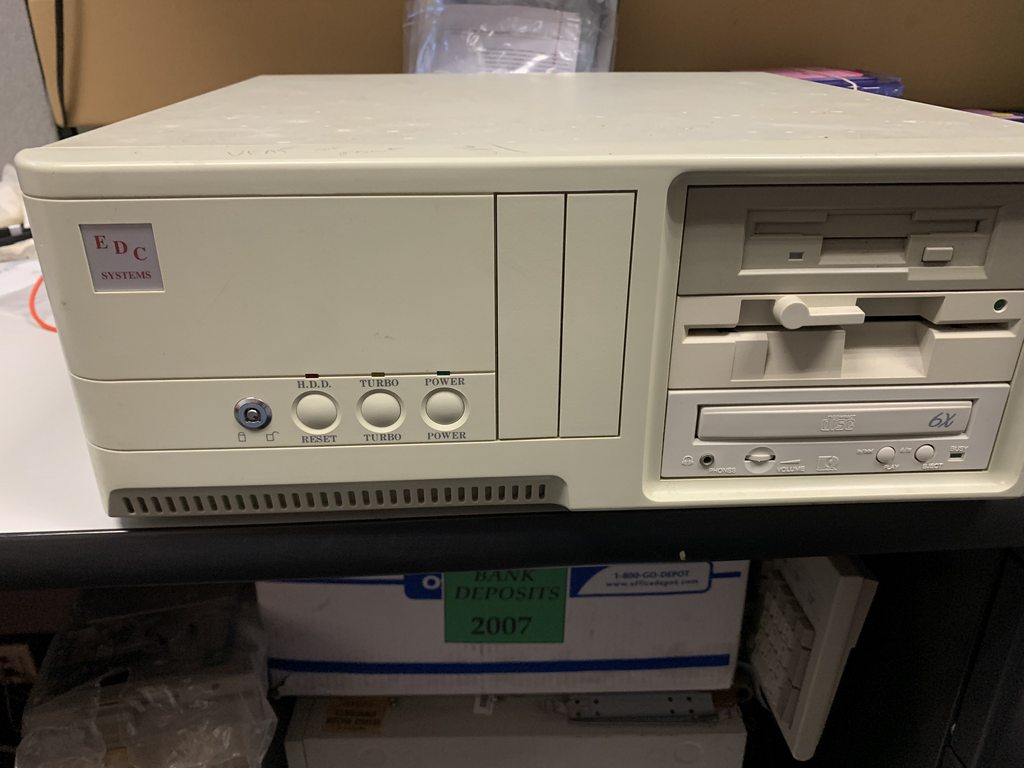 E(very) D(ay) C(carry) systems? I think you're gonna have to make a backpack for that one 🤣

Edit: I dunno how fast this one actually goes, the first gen VLB caching controllers were hitting like 5MB/sec then the last I saw reviewed in PCMag were doing around 7.5MB/sec.

Nice. I archived that card over at -0° awhile back. I'd be curious if you have slightly different drivers that need archiving.

That's very impressive for a VLB card. Even at 7.5MB/s there isn't a whole lot of work at that time a normal user could do to saturate that.

A couple new GPUs to add to the plethora of peripherals. First, a MSI GeForce 560 Ti OC with the Twin Frozr dual fan cooler. If memory serves this is the exact same GPU I bought when I built my Sandy Bridge PC about 10 years ago, and it runs VERY quiet. This time it'll go in my C2D desktop for late XP gaming. Maybe this is too new to be considered "retro," but whatever it's cool, and has a special place in my heart. 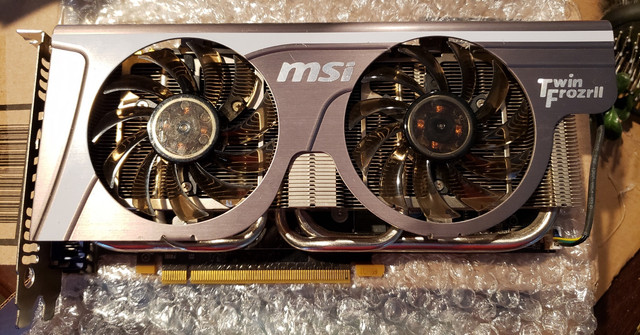 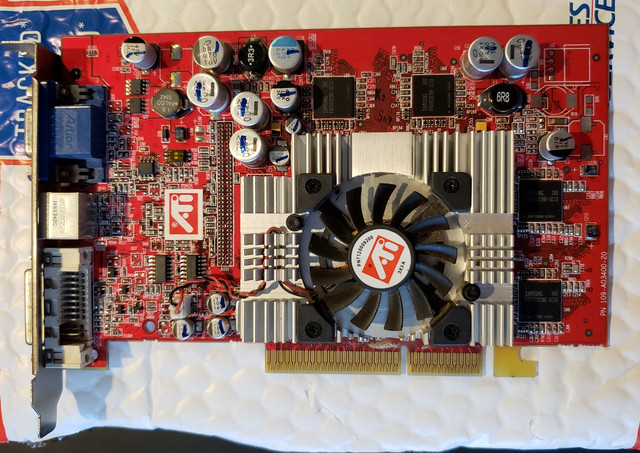 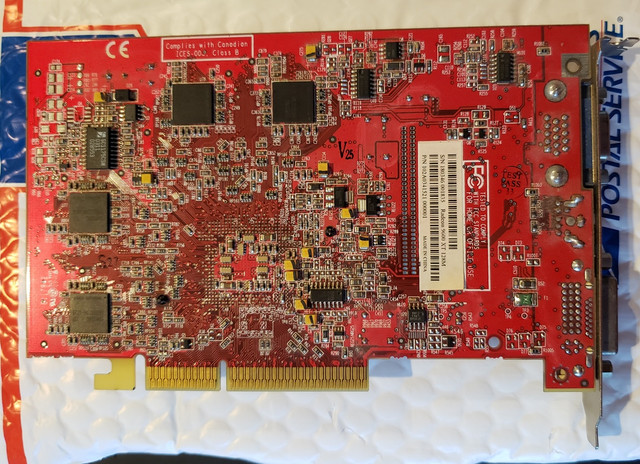 Nice finds ! What country are you in ? We never see anything like that on west coast of USA (have strict kill and destroy rules here)